The Reds struck first in stunning fashion on four minutes as Luke Turner fed Jamie McDonagh and the winger cut inside and curled a superb shot from 30-yards which beat McCarey all the way.

An even first half failed to hit the early heights, as Joe Gormley laid claim to a penalty on 23 minutes after being upended by Patrick McClean, but referee Andrew Davey booked the Cliftonville striker for simulation.

Glentoran had to bide their time and equalised in the last minute of the first period as Rhys Marshall broke down the flank and delivered a cross into Jay Donnelly and the Premiership’s leading marksman nipped ahead of Jonny Addis in to knock home.

The visitors started the second half as strongly as they finished the first, as Patrick McClean’s header from a corner almost put Glentoran in front as it took both a save from McNicholas and a goal-line clearance from McDermott to prevent the effort going in.

The Glens did go ahead on 50 minutes when Hrvoje Plum’s corner was met by the unmarked Jay Donnelly who directed a powerful header home for his second goal of the evening and his 21st of the league campaign.

Cliftonville piled on the pressure for large parts of the second half and it almost paid off when Kris Lowe hit a rasping drive with two minutes remaining which brought out the best in Glentoran goalkeeper Aaron McCarey who had to react quickly to get an outstretched hand to stop the goalbound effort.

McCarey came to the rescue almost immediately after the Lowe effort to better himself with a further save from Levi Ives’ free-kick as Glentoran held out for a valuable three points in the Danske Bank Premiership title race. 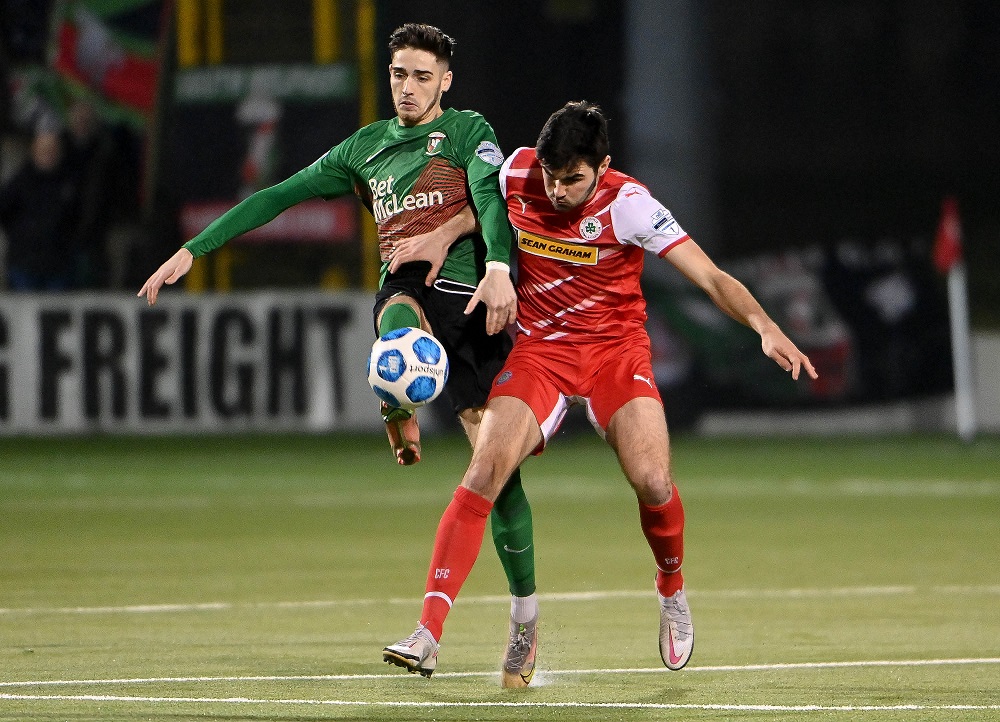 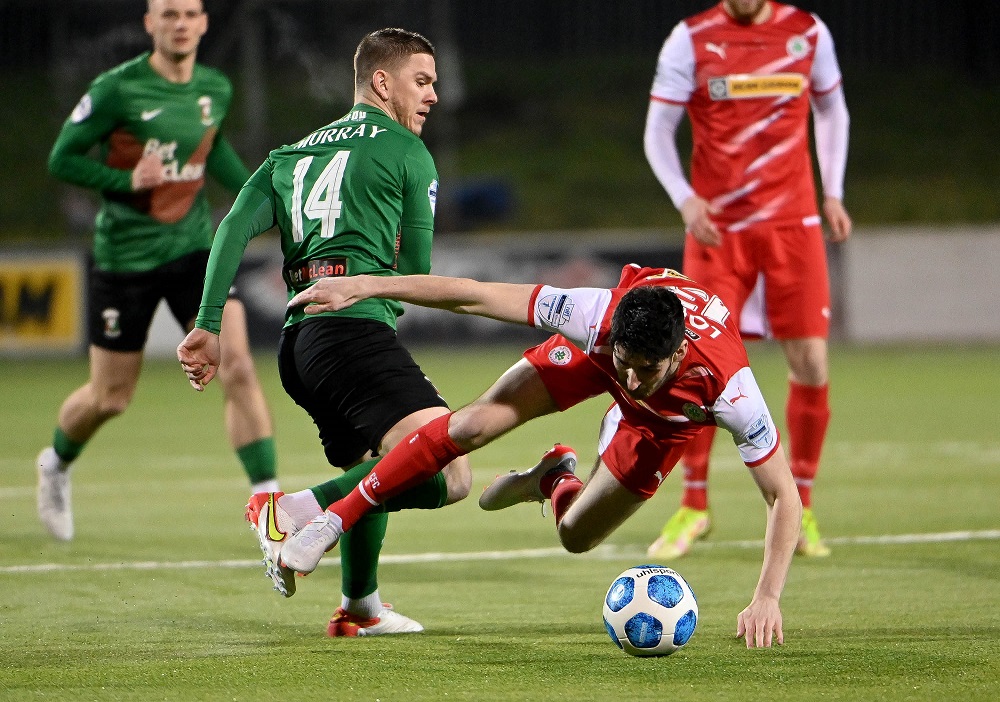 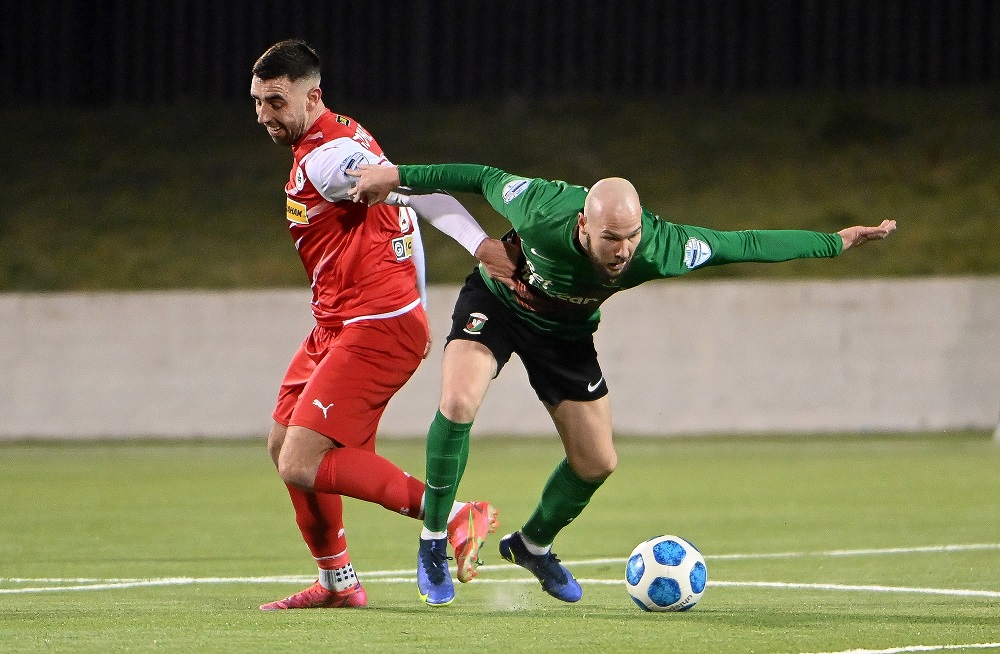 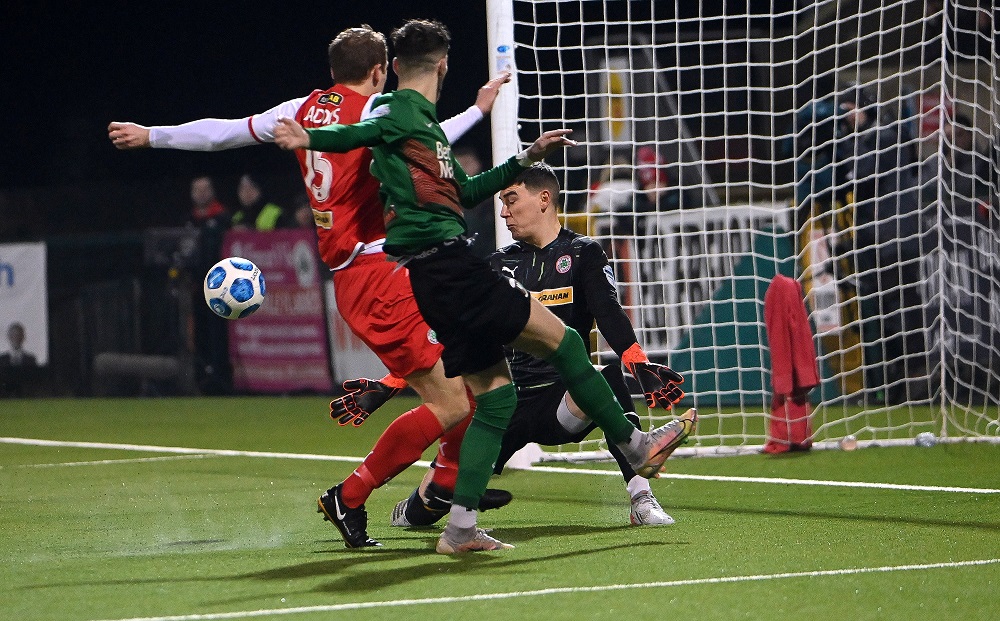 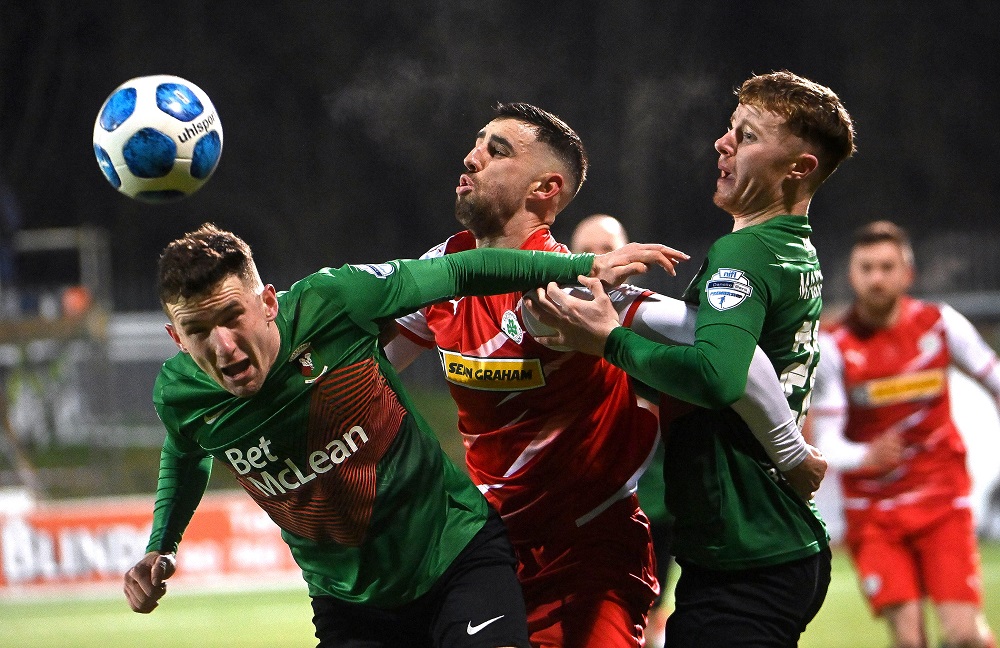 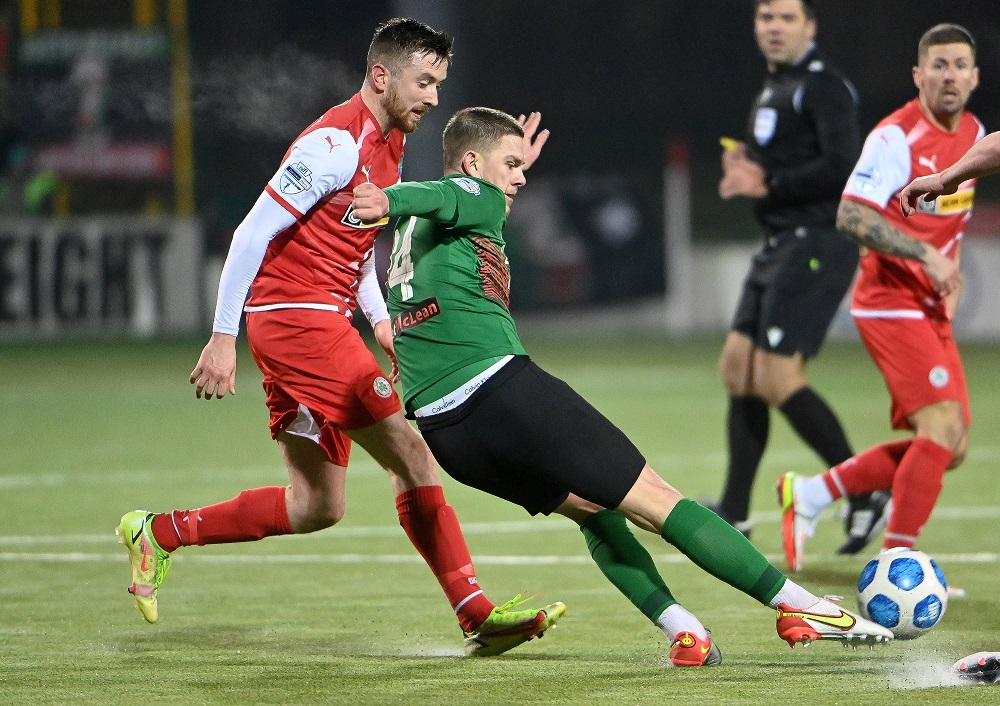