REDS AND BLUES DRAW AT SOLITUDE

Cliftonville and Linfield battled to an equal share of the points and goals in an exciting top of the table clash at Solitude.

The Reds, trailing the Blues by five points in third spot, moved in front after a quarter-of-an-hour through Jamie McDonagh who fired low into the bottom corner after both he and Ryan Curran had initial efforts blocked.

Stephen Fallon came close to levelling for Linfield after a corner was only partially clear but his shot was just a little too high to say on target.

McDonagh might have doubled Cliftonville's just before the hour when he tested keeper Chris Johns with a curling 20-yard effort that seemed destined for the top corner.

Linfield got back on level terms not long after that after Michael Newberry sent a superb delivery to the back post for Matthew Clarke to meet and nod home from close range.

However Cliftonville regained the advantage only a couple of minutes later with McDonagh's second of the evening after he had been played through by Kris Lowe to send a first time strike past Johns.

Then, with nine minutes remaining, Clarke almost doubled his tally when he got his head to a Jamie Mulgrew cross but Cliftonville keeper produced a brilliant stop to dive full stretch to tip the ball onto the crossbar.

But Linfield earned a share of the spoils four minutes after that through recent signing Ethan Devine with a glancing header after Clarke turned provider to send the ball over from the left. 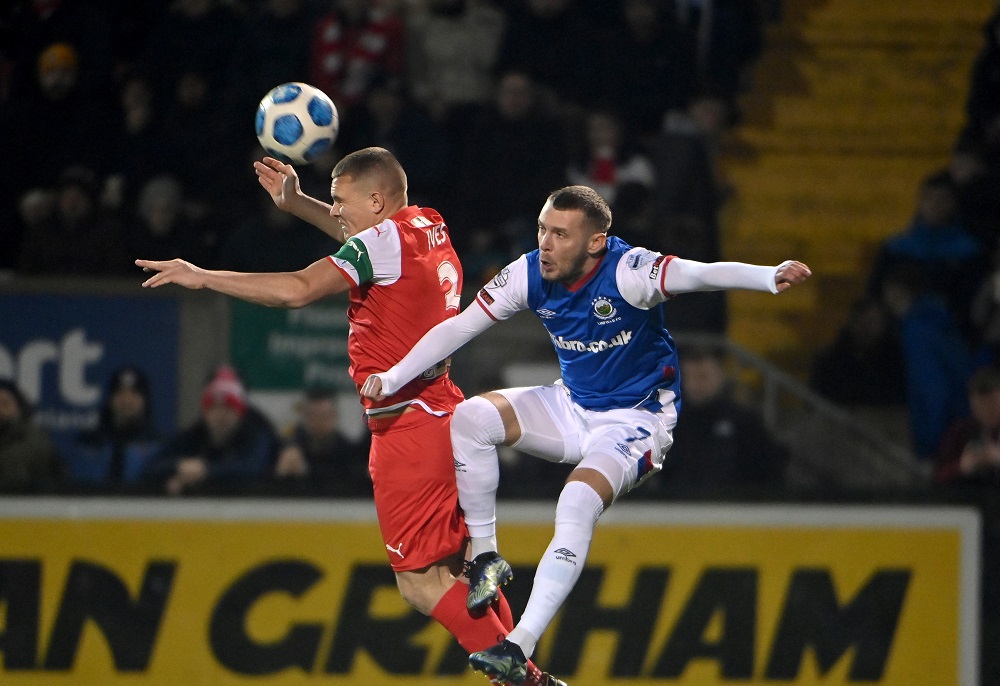 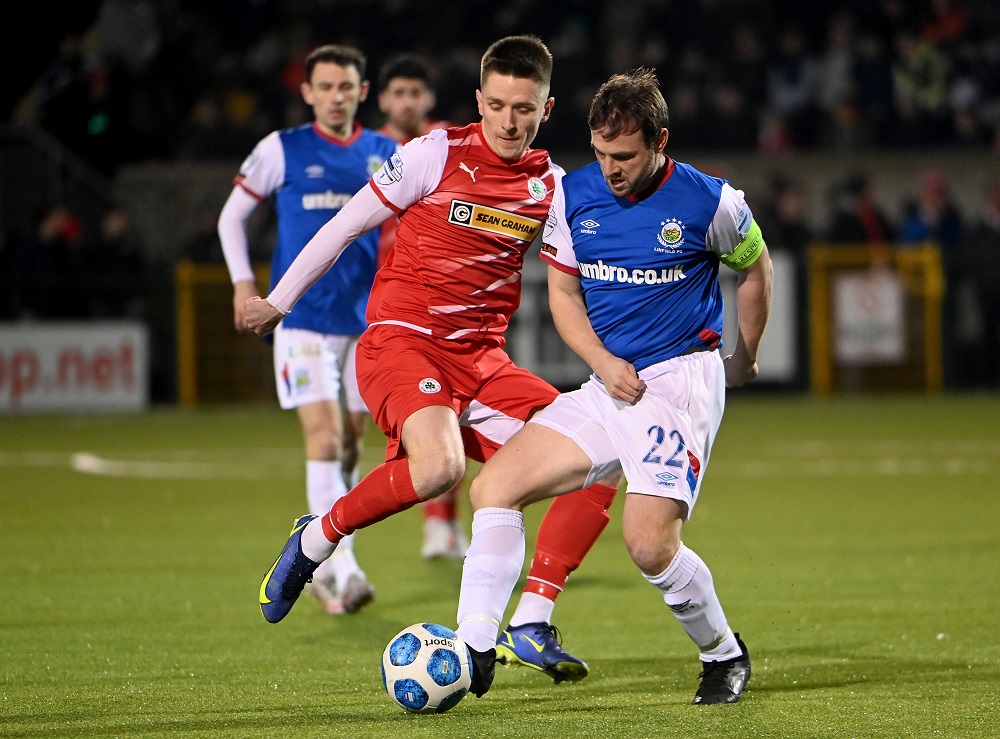 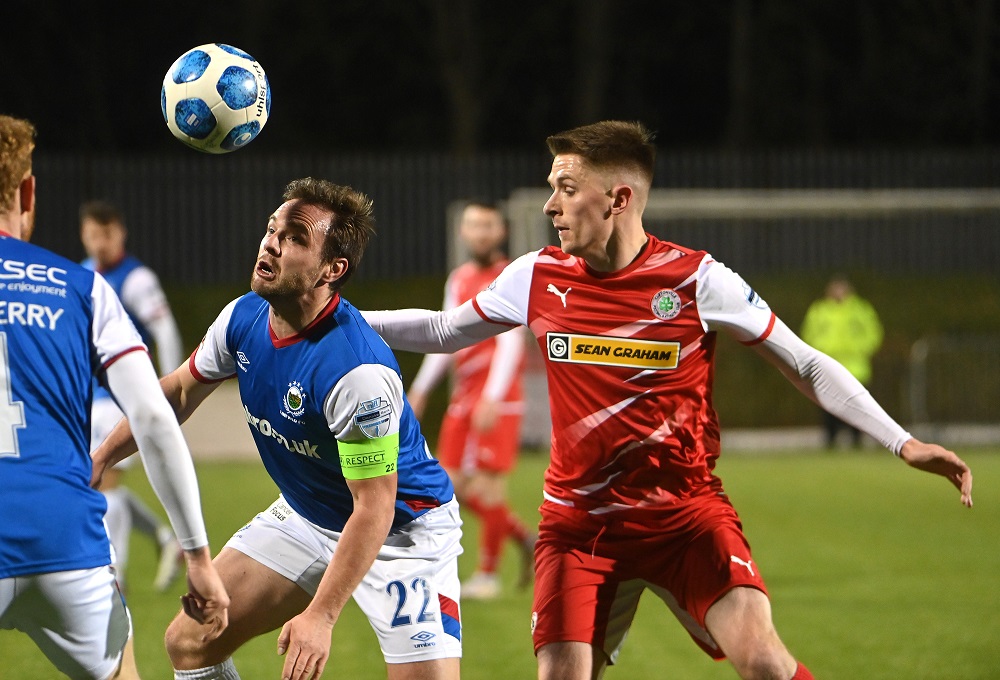 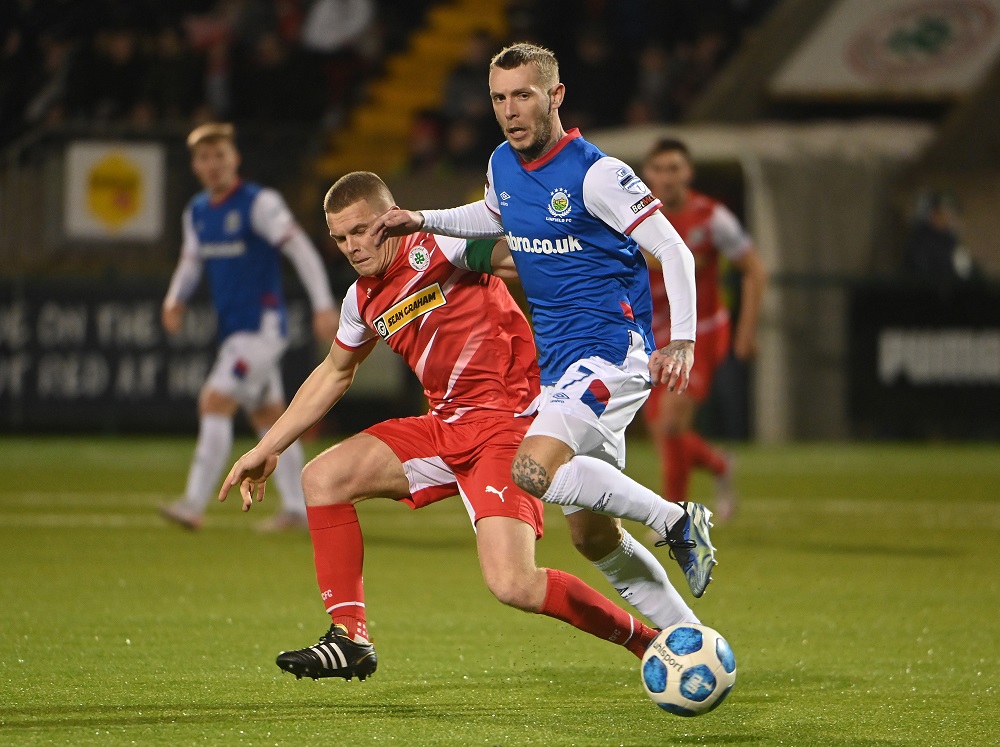 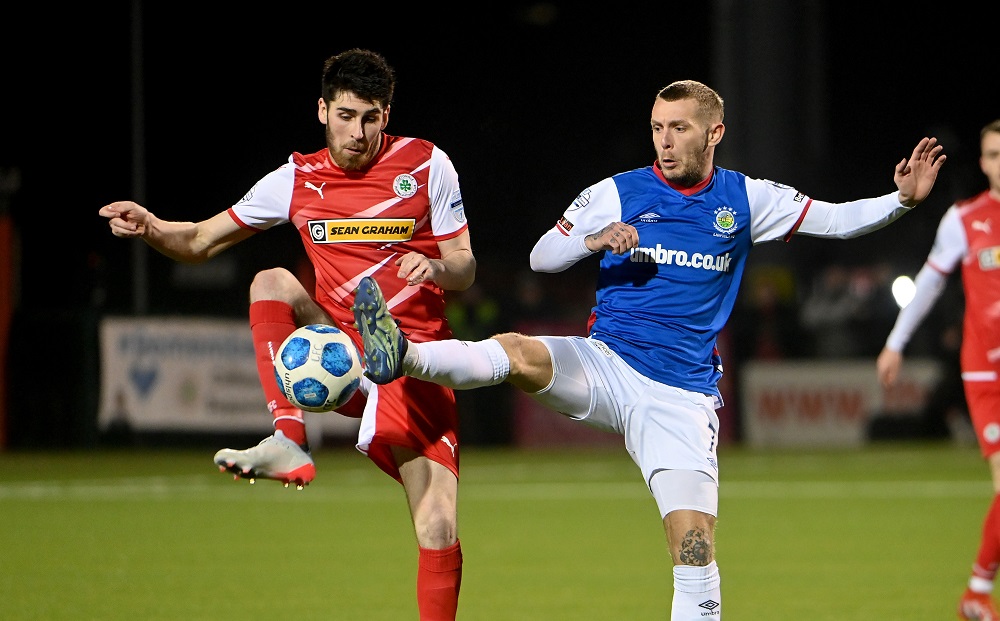 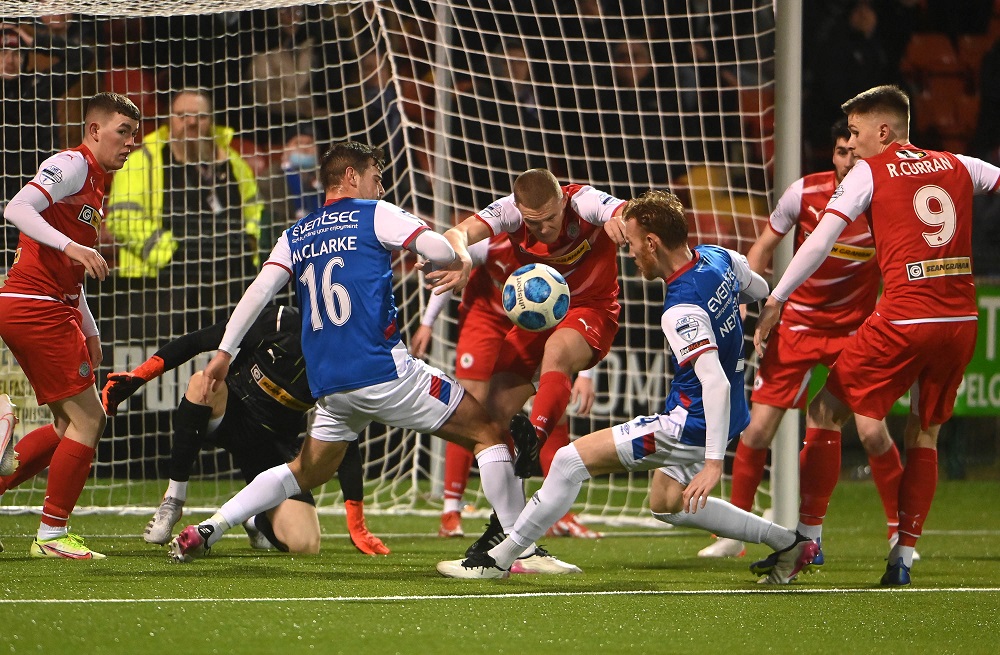