Glentoran moved to the top of the Danske Bank Premiership thanks to a one-goal defeat of basement boys Warrenpoint Town at the BetMcLean Oval.

The first effort of note came with just over ten minutes on the clock when Jay Donnelly found himself through on goal but was thwarted by teenage 'Point keeper Stephen McMullan.

The Glens continued to press with Bobby Burns finding Donnelly with a left-sided cross before Donnelly turned provider to tee up Robbie McDaid to test McMullan with a volley from the edge of the area.

However, McDaid wasn't to be denied six minutes before half-time when, from a Hrvoje Plum free-kick from the right, he rose highest to send a downward header past McMullan into the bottom corner.

And the Glens almost doubled their advantage moments from the break when Sean Murray unleashed a right-foot from drive from outside the area only for McMullan to produce a superb stop to keep the ball nestling in the top corner.

Glentoran came close to making it 2-0 again around the hour after Rhys Marshall broke free of his marker at the far post but could only fire into the side netting.

Only trailing by that one goal, Warrenpoint began to increase in confidence as the second half progressed and searched for the equaliser, albeit only through a series of corners and half chances which never really troubled the home defence. 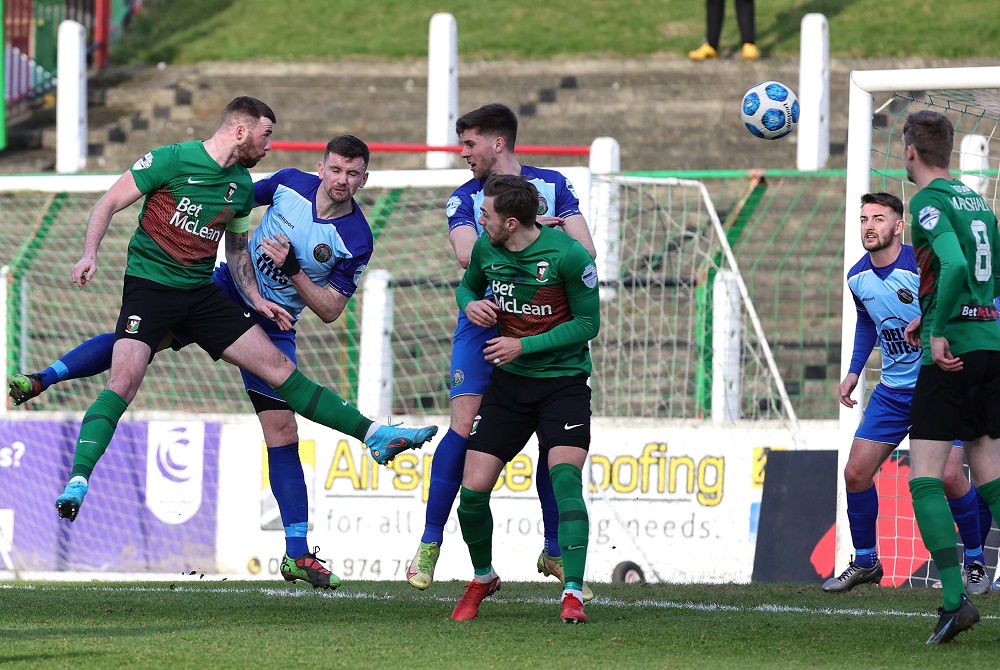 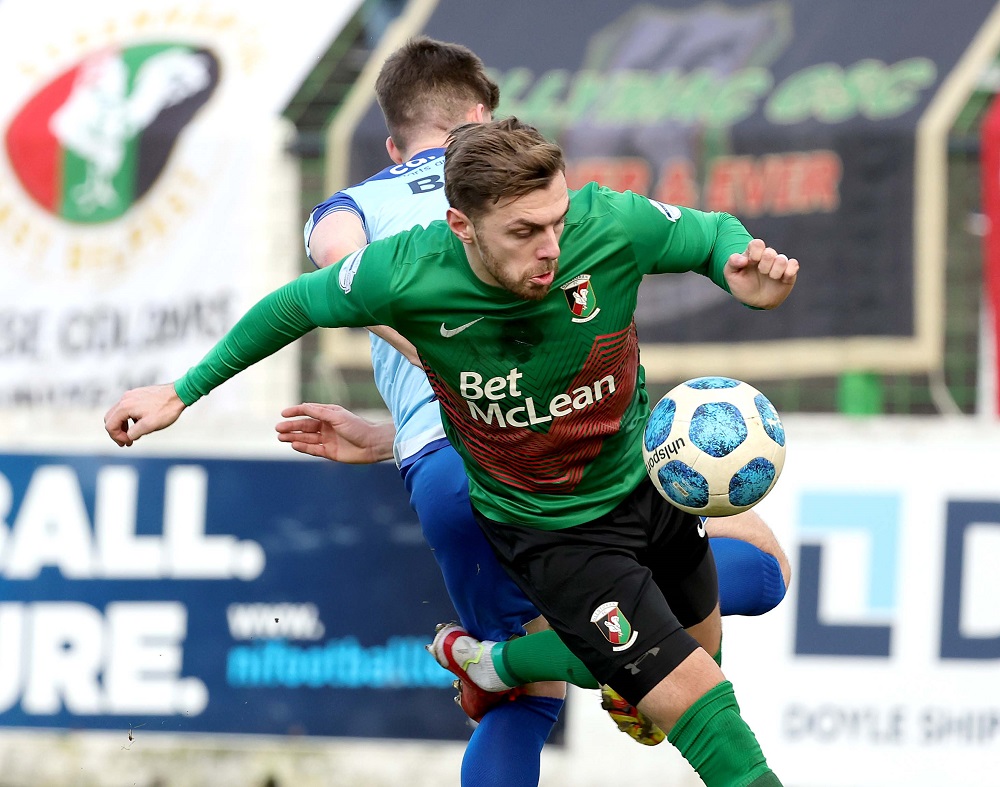 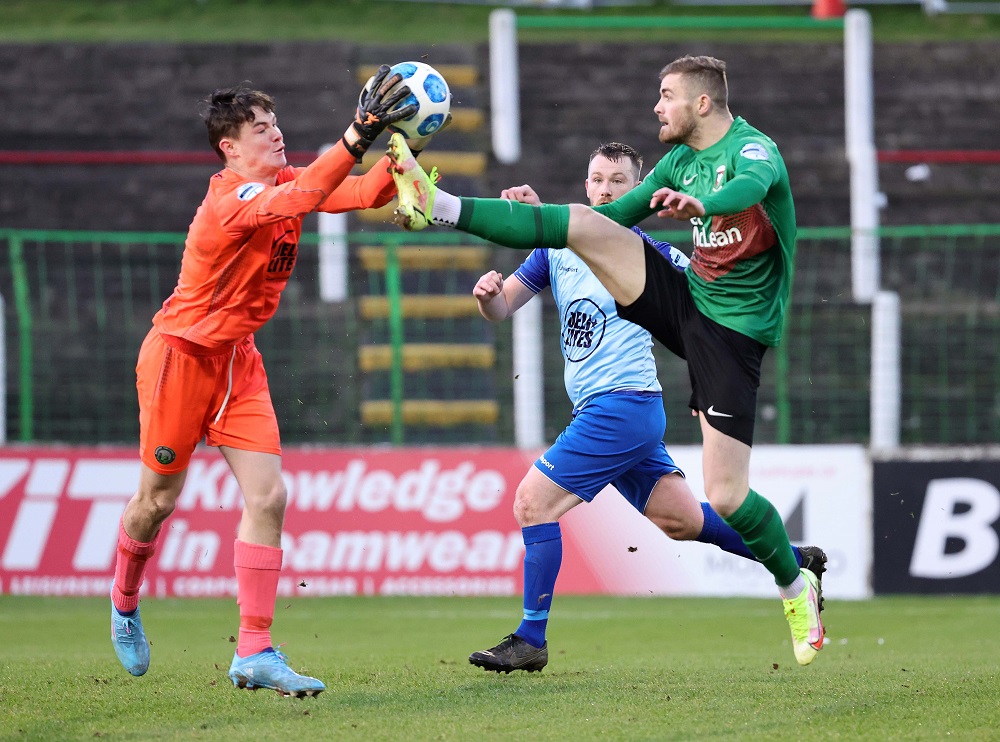 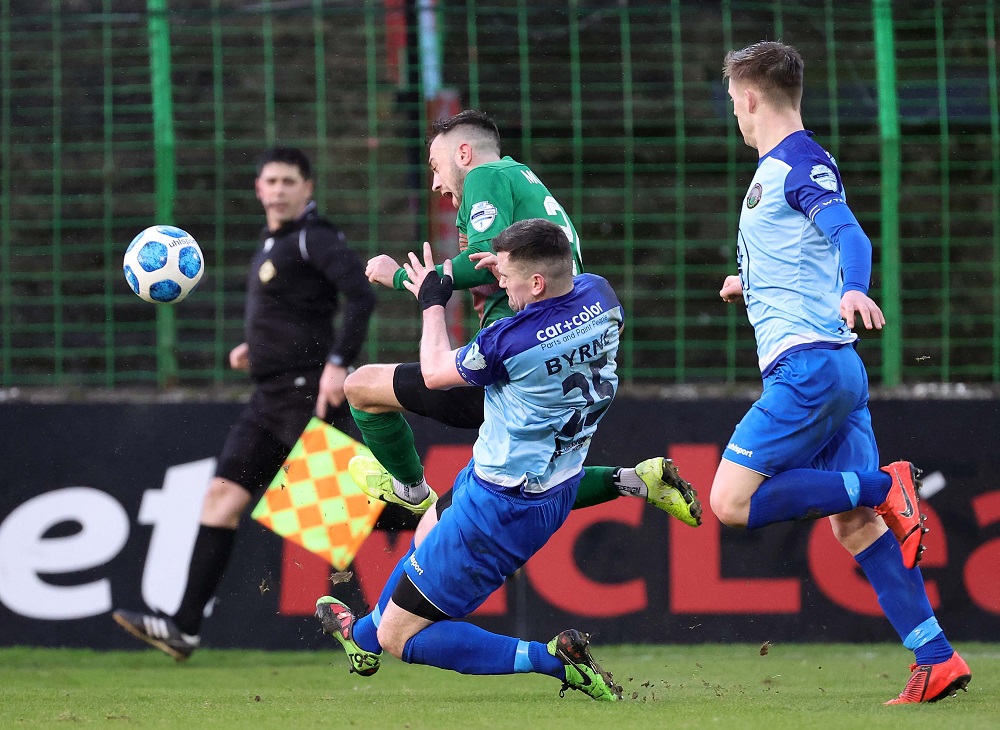 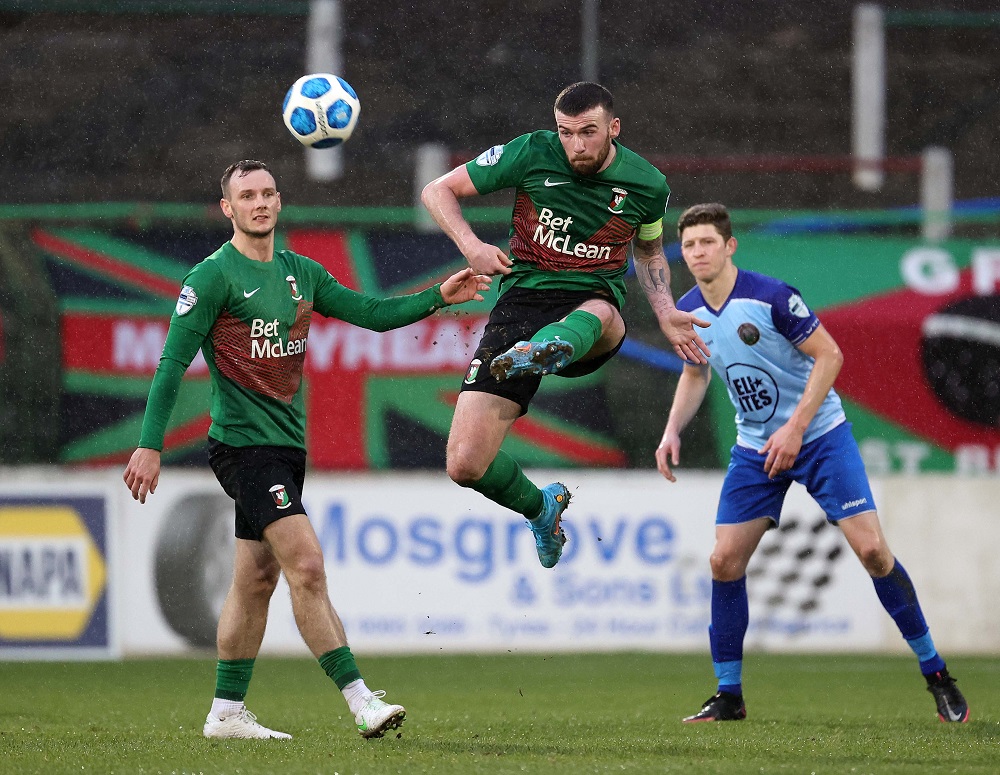 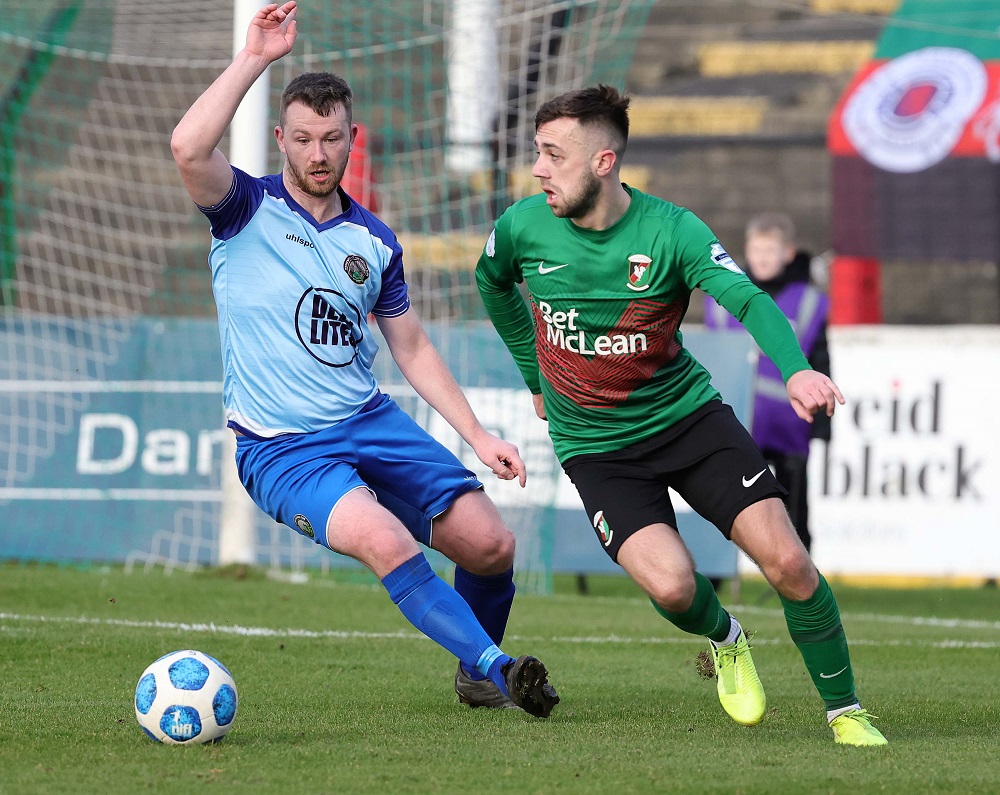