GLENAVON FIGHT BACK FOR A POINT

Glenavon fought back from being two goals down to share the spoils with Warrenpoint Town at Mourneview Park.

After a quiet start to the game, Luke Wade Slater fired the visitors in front with a lob over keeper James Taylor from the edge of the area after the ball had been punted forward by Stephen McMullan.

Glenavon went in search of the equaliser, coming closest just after the half-hour mark when Matthew Snoddy fired over.

However, 'Point doubled their advantage with Wade Slater's second of the game not long after the interval, on this occasion running through on goal to finish low into the net from an acute angle.

To their credit, Glenavon didn't let their heads drop and came close to pulling a goal back when Jack O'Mahony powered a header across the crossbar.

But they did reduce the deficit on 79 minutes courtesy of a superb right-foot finish from Snoddy after Conor McCloskey had crossed from the right.

Then, with a few minutes remaining, Gary Hamilton's side levelled when substitute Josh Doyle found himself in space to face down keeper McMullan and coolly slot home. 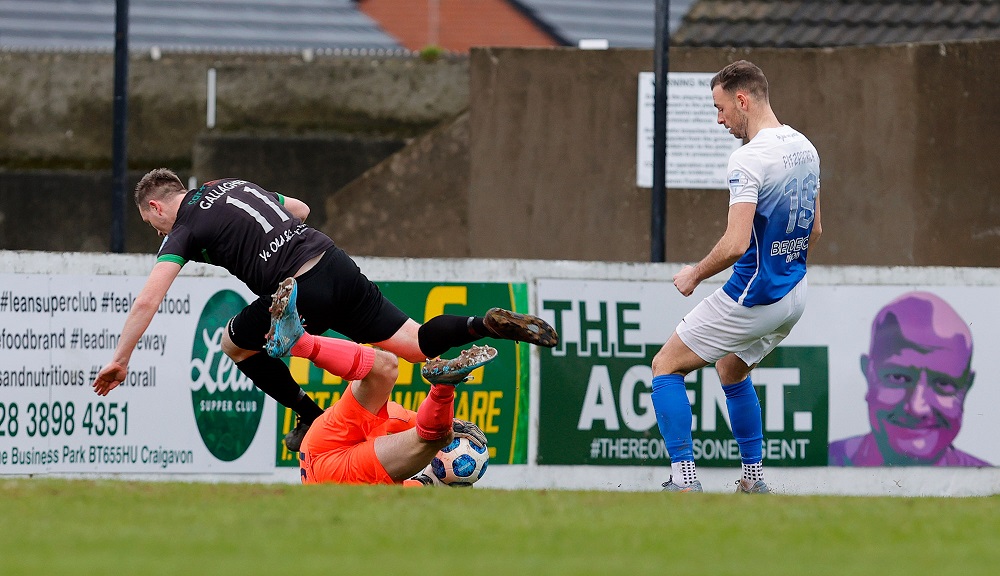 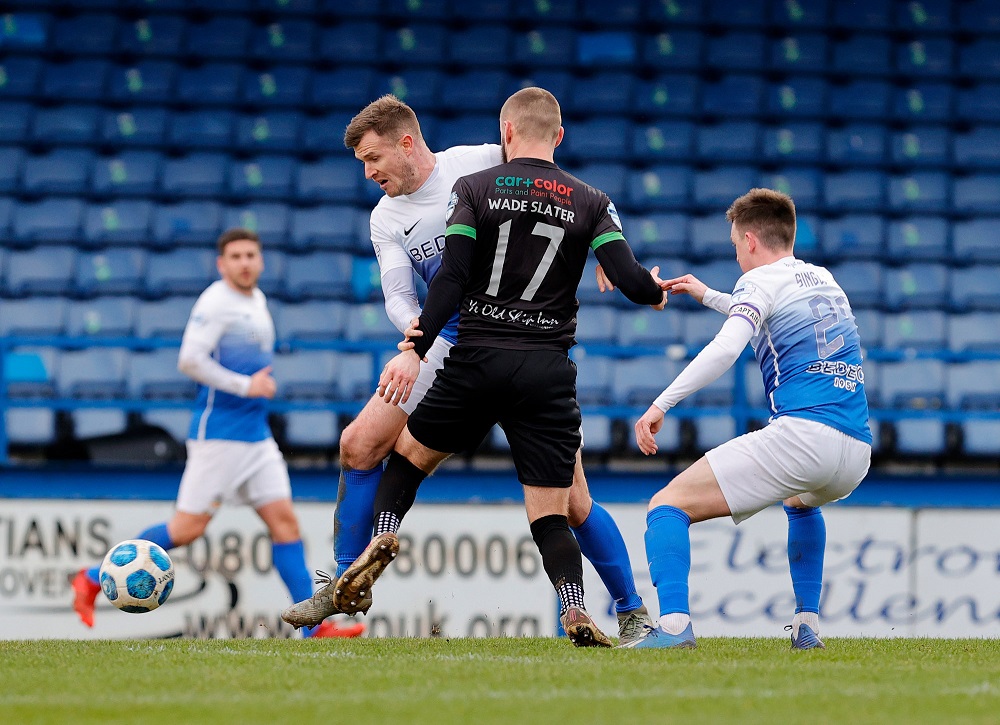 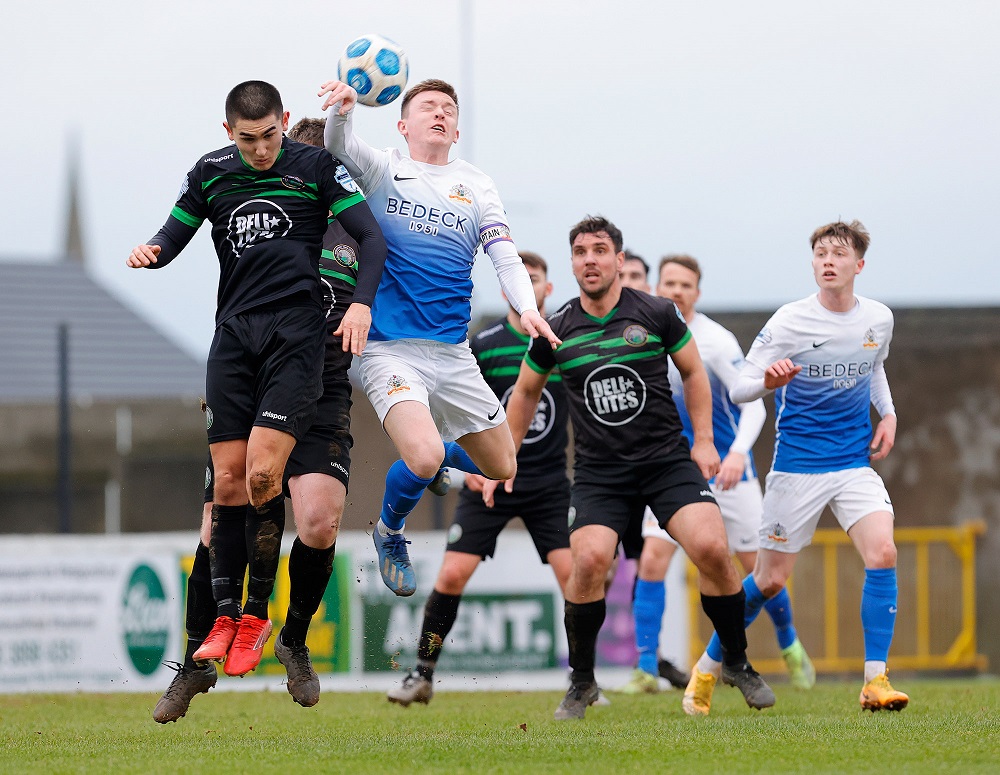 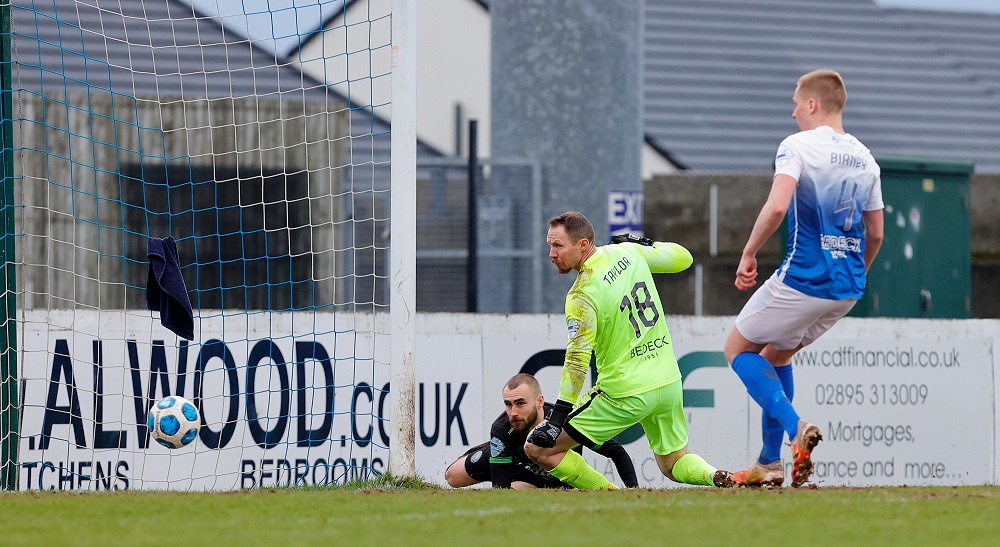 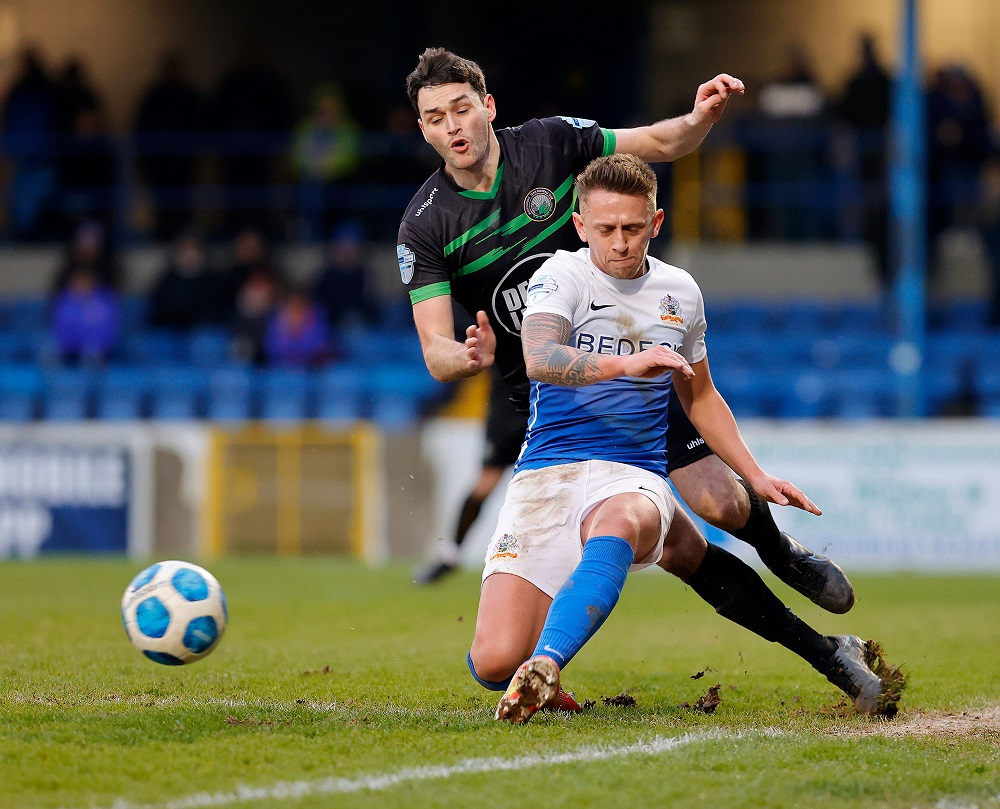 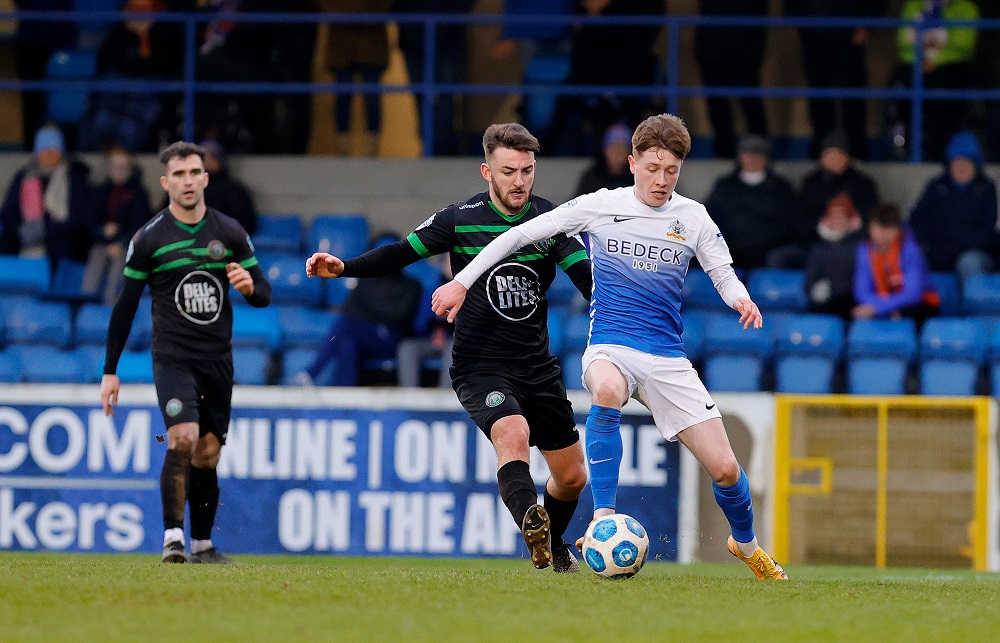