MANZINGA FIRES BLUES BACK ON TOP

Linfield moved back to the top of the Danske Bank Premiership on goal difference as they returned to form against Larne at Windsor Park.

A cagey first half was devoid of many clear-cut chances for either side at Windsor Park, as Larne striker David McDaid went closest with a couple of efforts which failed to test Linfield.

The Blues broke the deadlock on 38 minutes after Larne’s Ben Doherty caught in possession by Stephen Fallon, as the Linfield midfielder broke free into space and delivered an exquisite lob over Devlin in the Larne goal.

Larne equalised on 64 minutes by virtue of Ronan Hale, who was in the right place following Chris Johns’ save from Lee Lynch’s drive, to tap the ball home.

Christy Manzinga put Linfield back into the lead on 72 minutes, the Frenchman who is the Blues’ top goalscorer this campaign, took Kirk Millar’s corner down before drilling a low drive goalbound. 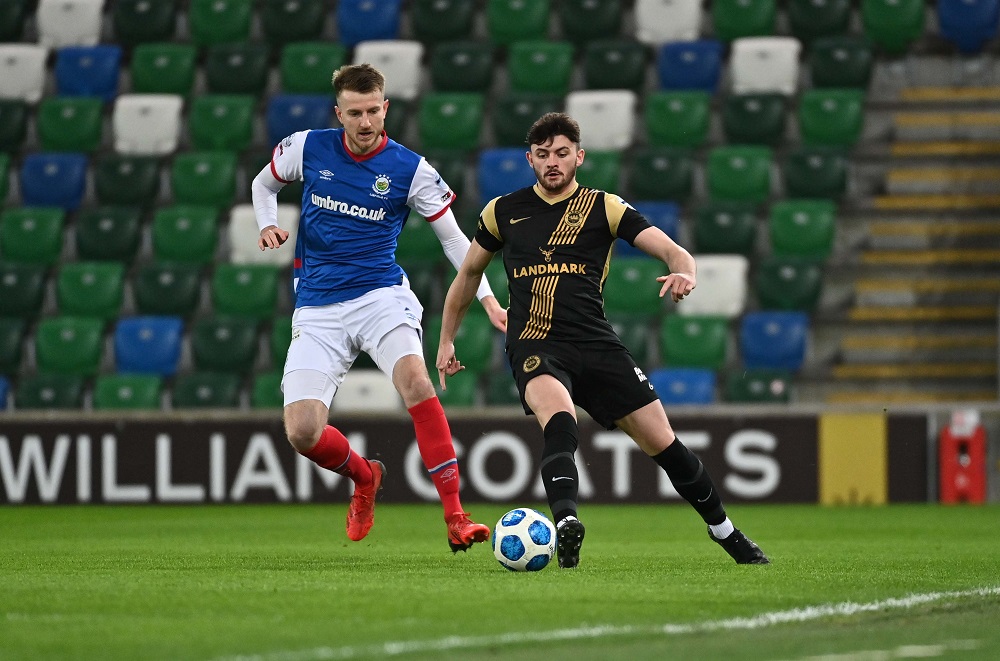 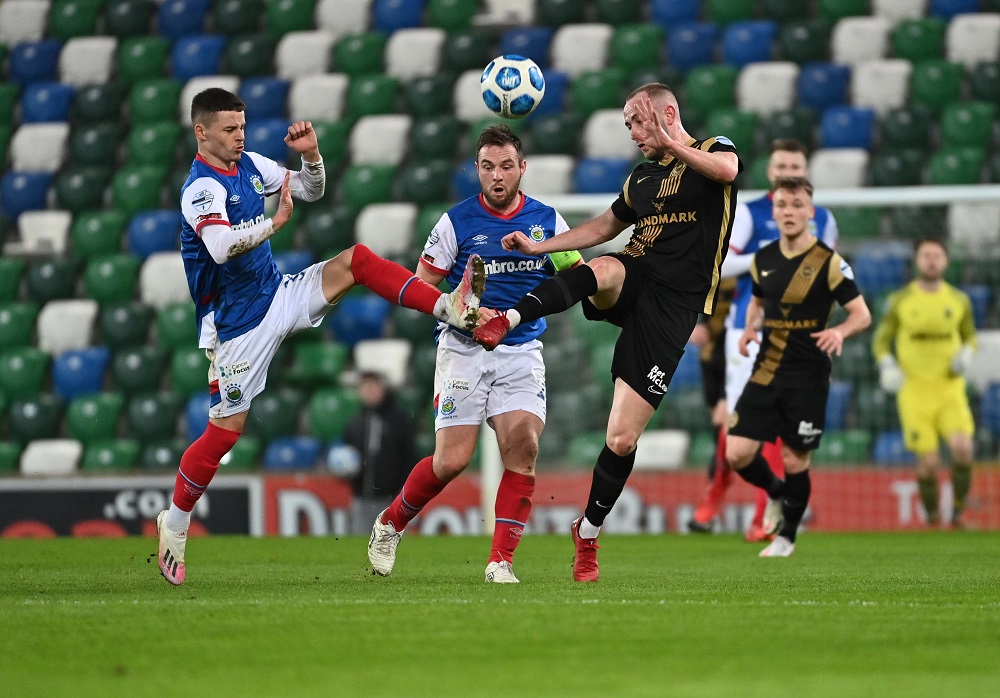 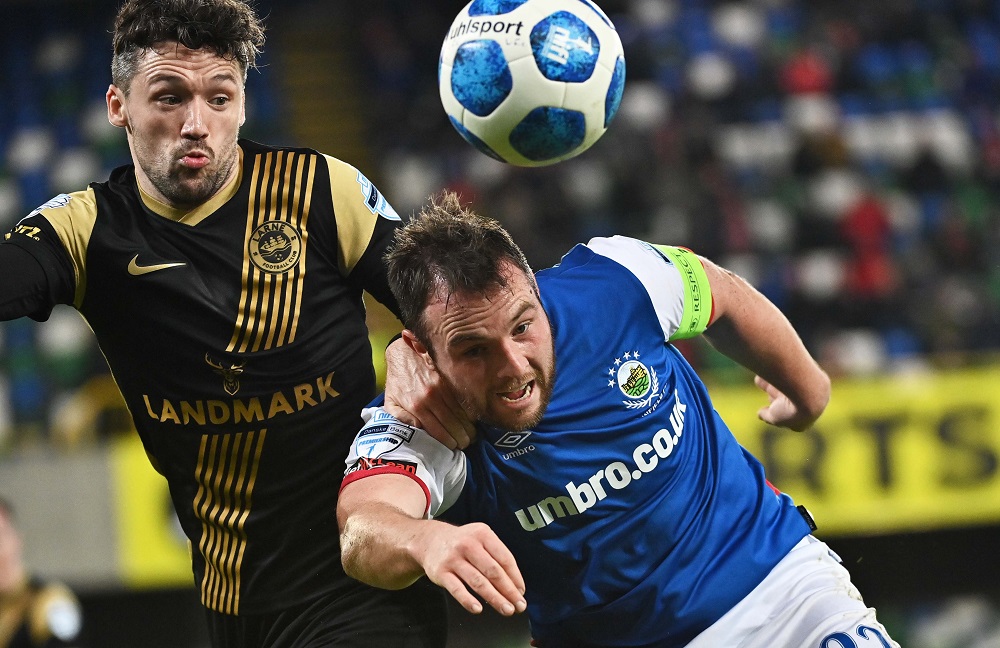 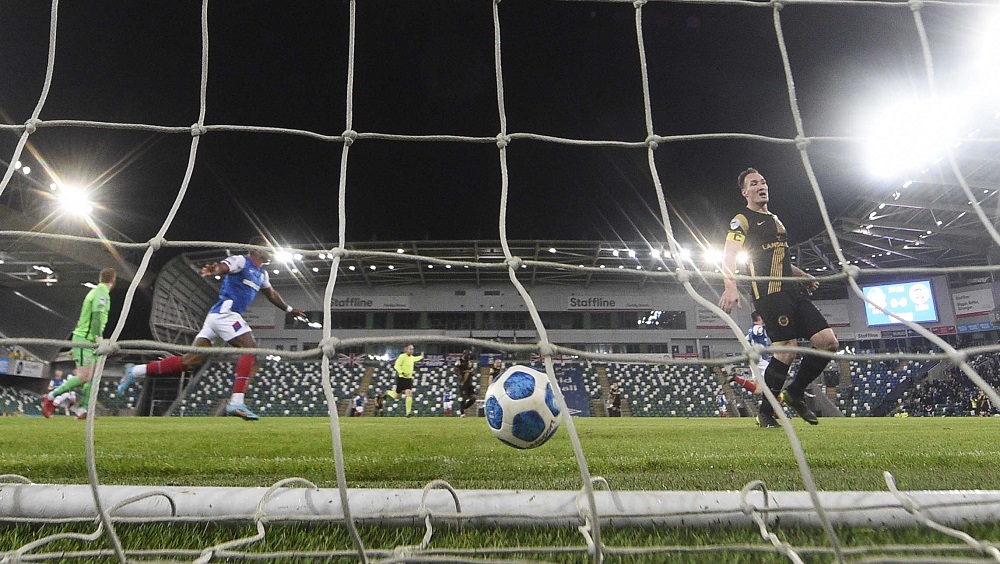 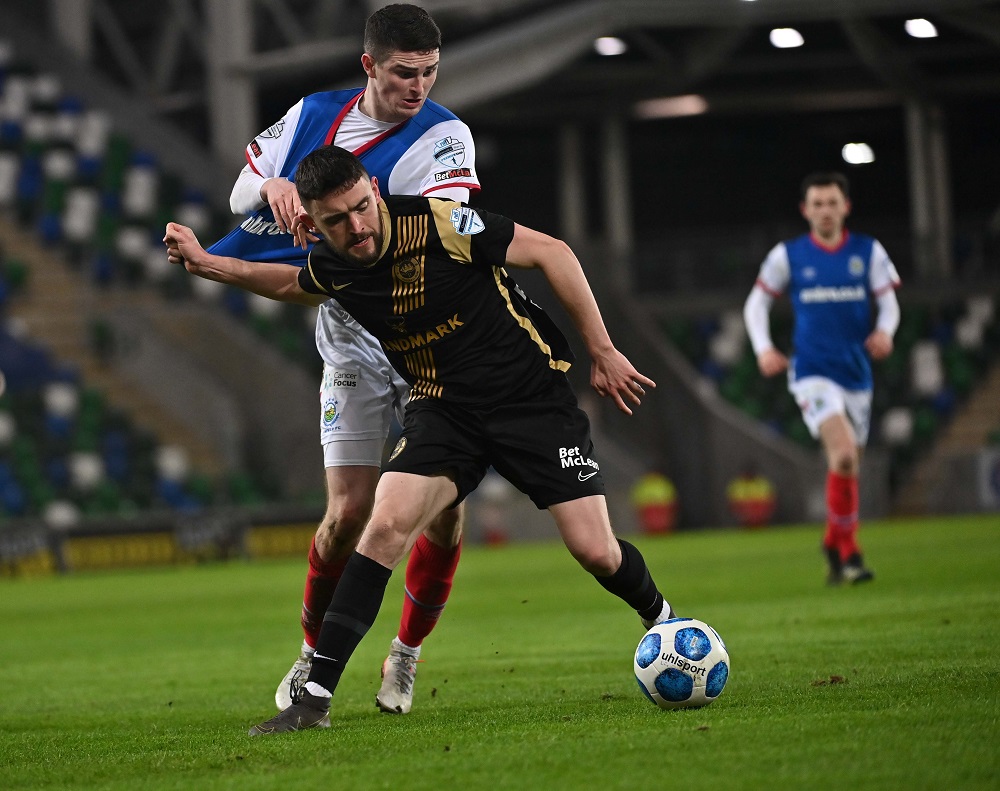 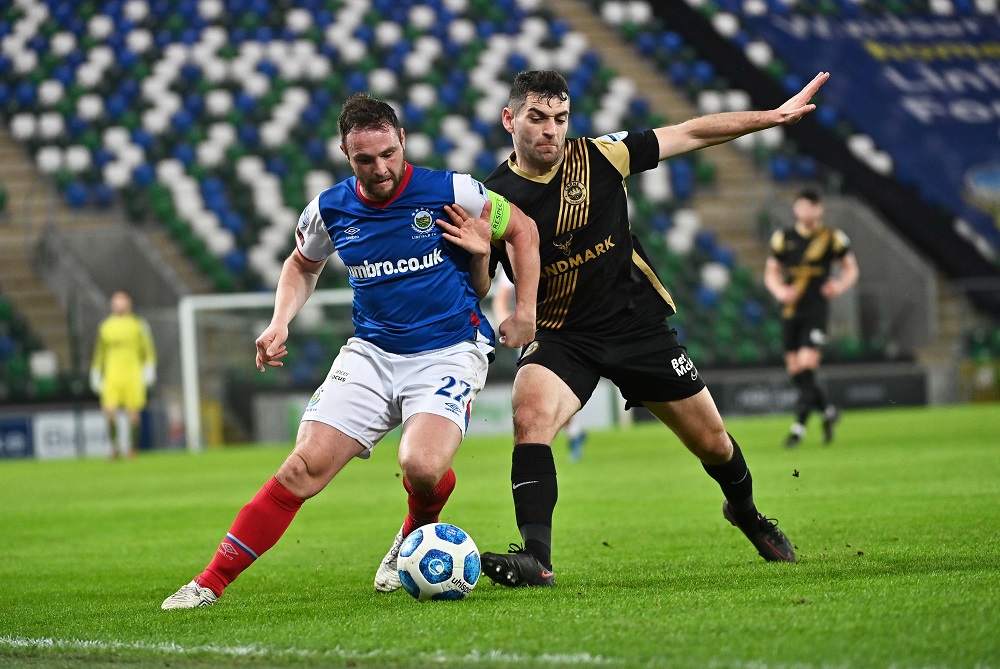