Two Ryan Curran goals early in the second half gave Cliftonville the edge over Coleraine at Solitude.

The win moves the Reds to within a point of second placed Linfield and a further three behind leaders Glentoran.

Jamie McDonagh created the first chance of note with less than a quarter-of-an-hour on the clock but was denied by a superb stop from keeper Gareth Deane with a dive to his left to turn the ball behind.

Deane denied McDonagh again midway through the first half while, at the other end, Josh Carson tested Luke McNicholas with a low shot which the Cliftonville keeper tipped wide.

McDonagh was thwarted by Deane for a third time later in the half with Daniel Kearns unable to keep the rebound on target.

However, the deadlock was broken three minutes after the break when Curran grabbed his first of the afternoon when he diverted Kris Lowe's cross home from close range.

And he followed that up just five minutes later after connecting with Ronan Doherty's low left-sided cross.

Curran almost claimed his hat-trick not long after that but Deane was on top form again to keep his effort out.

The woodwork kept Cliftonville's two-goal lead intact when Stephen Lowry's glancing header from a Jamie Glackin cross came back off an upright.

The crossbar then prevented the Reds from adding a third later in the game after McDonagh spotted Deane off his line only for his attempted chip to come back off the fixtures and fittings. 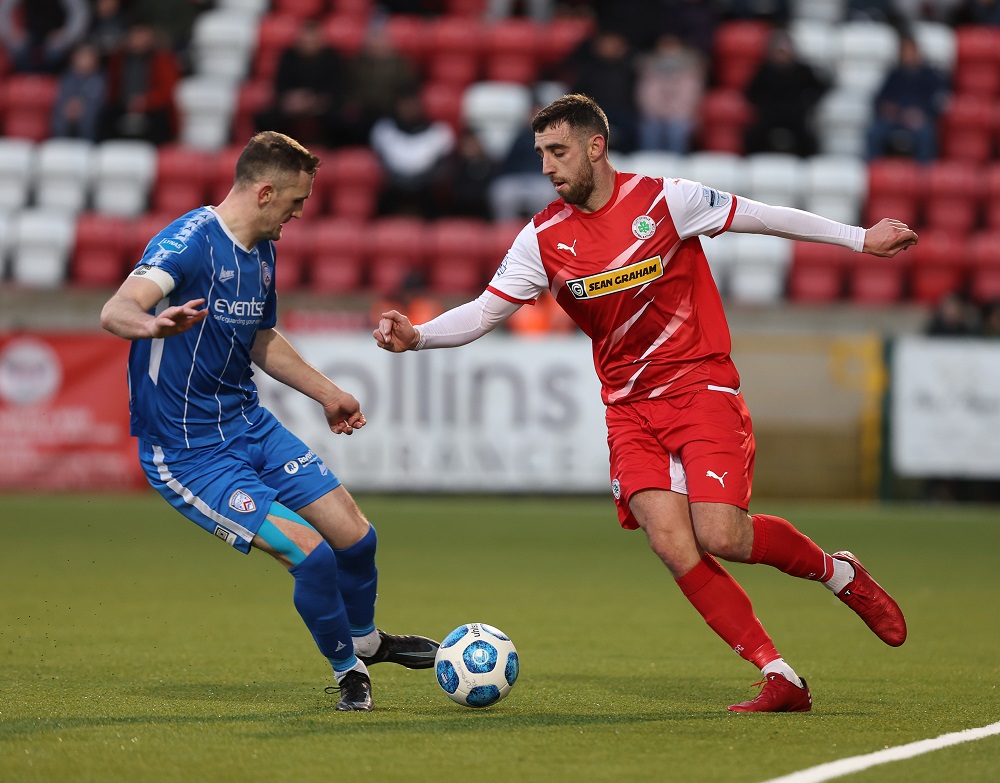 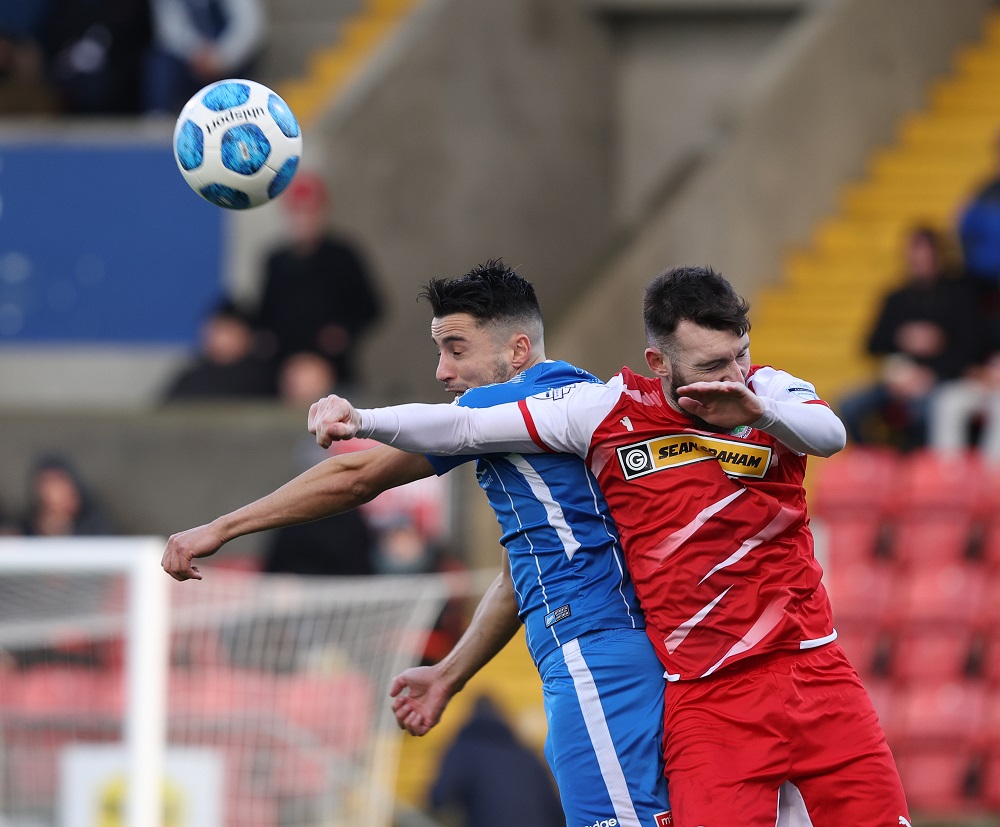 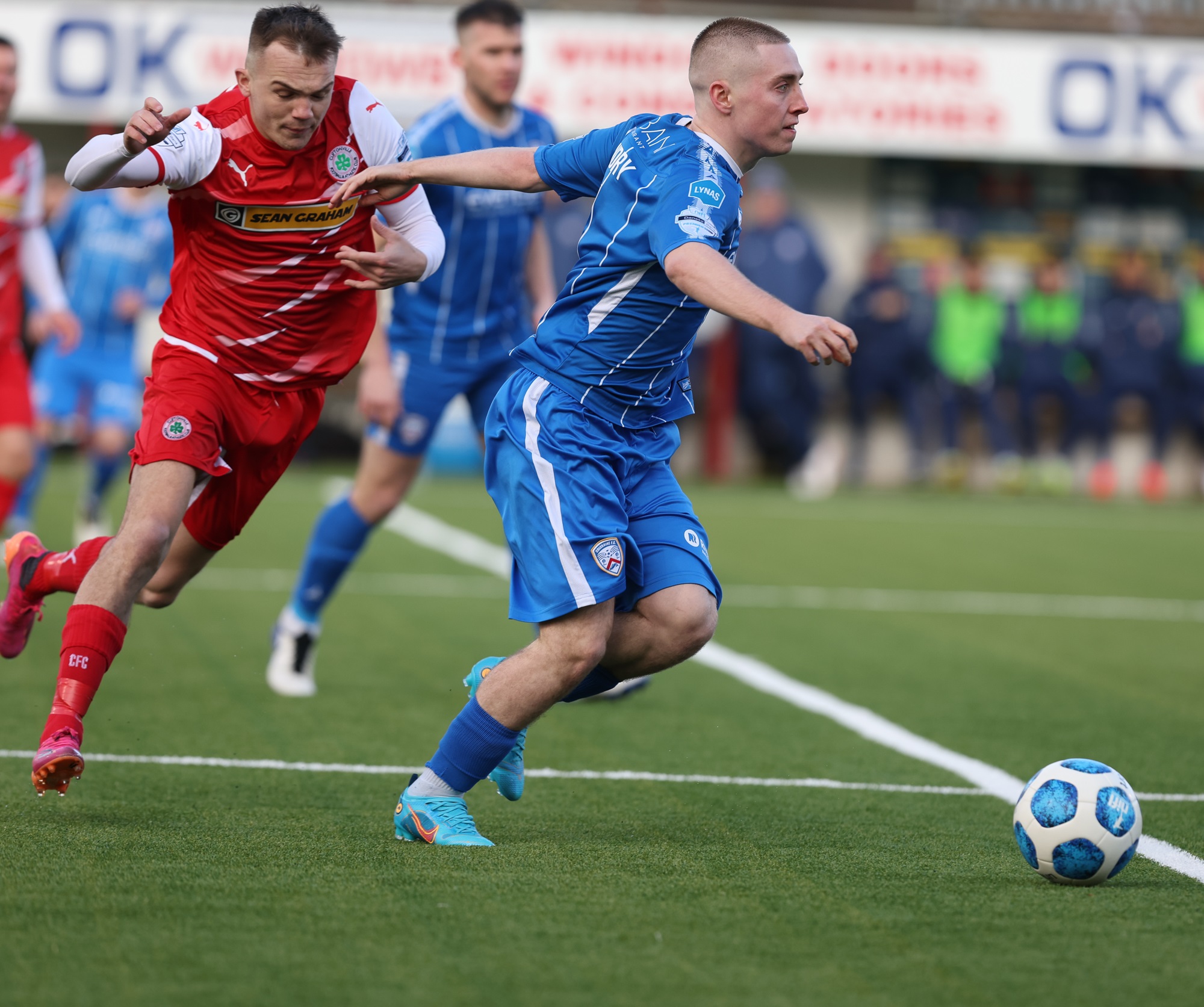 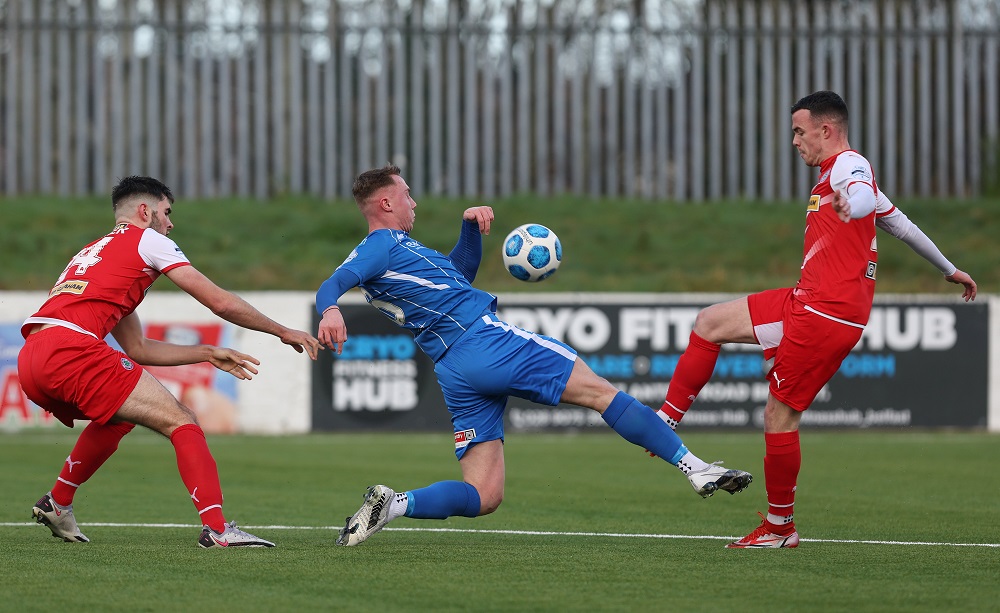 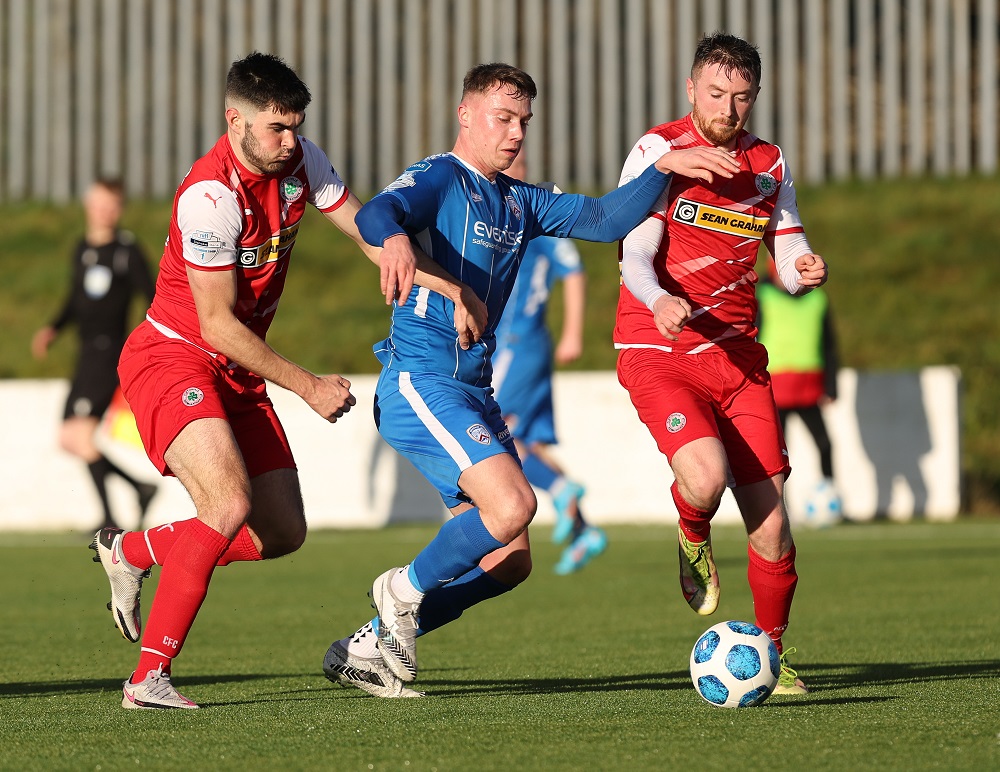 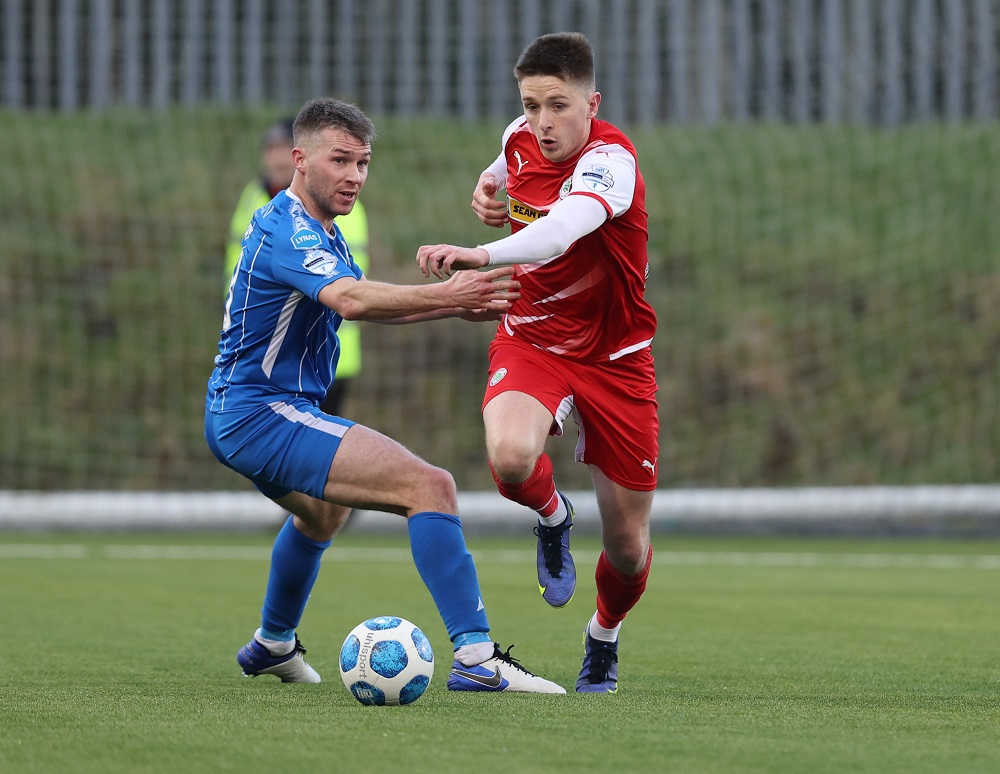