LARNE EDGE PAST GLENS AT INVER

Larne moved back into fourth spot in the Danske Bank Premiership with victory over leaders Glentoran in challenging conditions at Inver Park.

Getting off to a brisk start, both sides had their moments of opportunity during the opening exchanges.

Seanan Clucas created the first effort of the night with just over five minutes on the clock with a well struck shot straight at Conor Devlin while, for Larne, David McDaid whipped in a dangerous cross that needed to be cleared by the visiting defence.

The best chance of the game so far came just after the half-hour mark when Conor McMenamin found Marcus Kane on the edge of the box, but his subsequent right-foot effort was comfortably gathered by Devlin.

However, Larne came even closer just before the break after John Herron broke to find Ben Doherty on the left who, in turn, delivered a superb cross to Lee Bonis but he could only direct his close range header against the crossbar.

But Bonis redeemed himself in the first minute of the second half when, from another Doherty cross, he beat Patrick McClean to the ball to force the opener over the line from close range.

Larne almost doubled their advantage soon after with Mark Randall's 20-yard drive which sailed narrowly over before, not long after that, Jeff Hughes had a go from the edge of the area only for the ball to strike the top of the bar as Randall couldn't quite convert the rebound.

Glentoran levelled on 72 minutes through Ruaidhrí Donnelly who flicked a header into the far corner after McMenamin had found him from a quickly taken free-kick.

Remarkably Larne hit the woodwork for a third time with less than ten minutes remaining after Herron had been teed up by Doherty on the edge of the area but his left-foot shot curled onto the crossbar.

Larne's winner came with four minutes remaining in stunning fashion after Andy Scott found Lee Lynch on the edge of the box to which the substitute responded with a blistering strike beyond Aaron McCarey into the top corner.

And the home side didn't rest on their laurels either as Scott was denied by the seemingly inspired McCarey no fewer than three times in the time that was remaining looking for the goal that would have well and truly killed the game off. 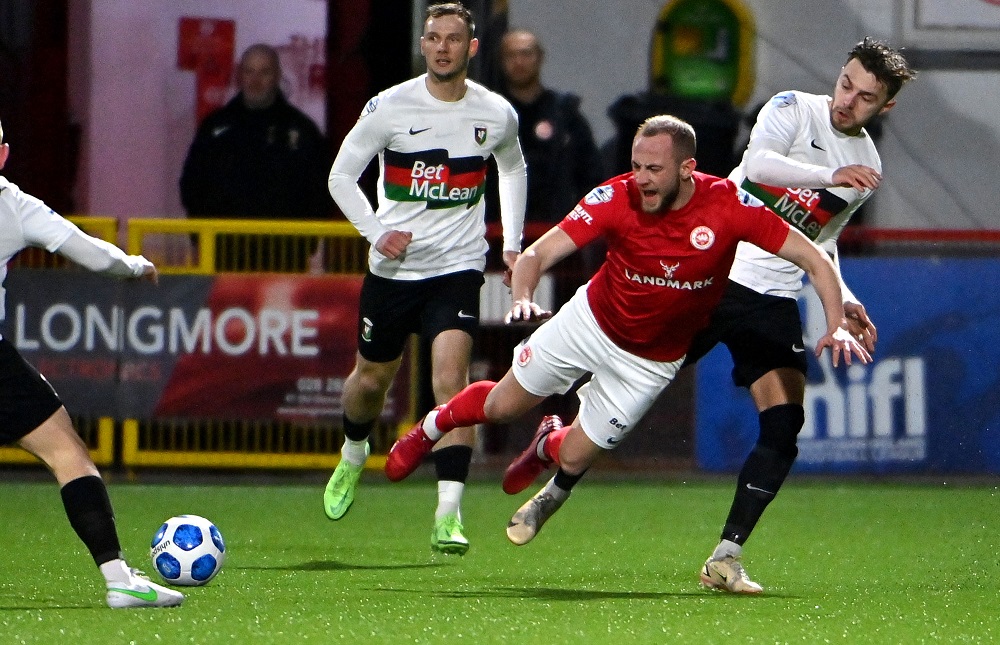 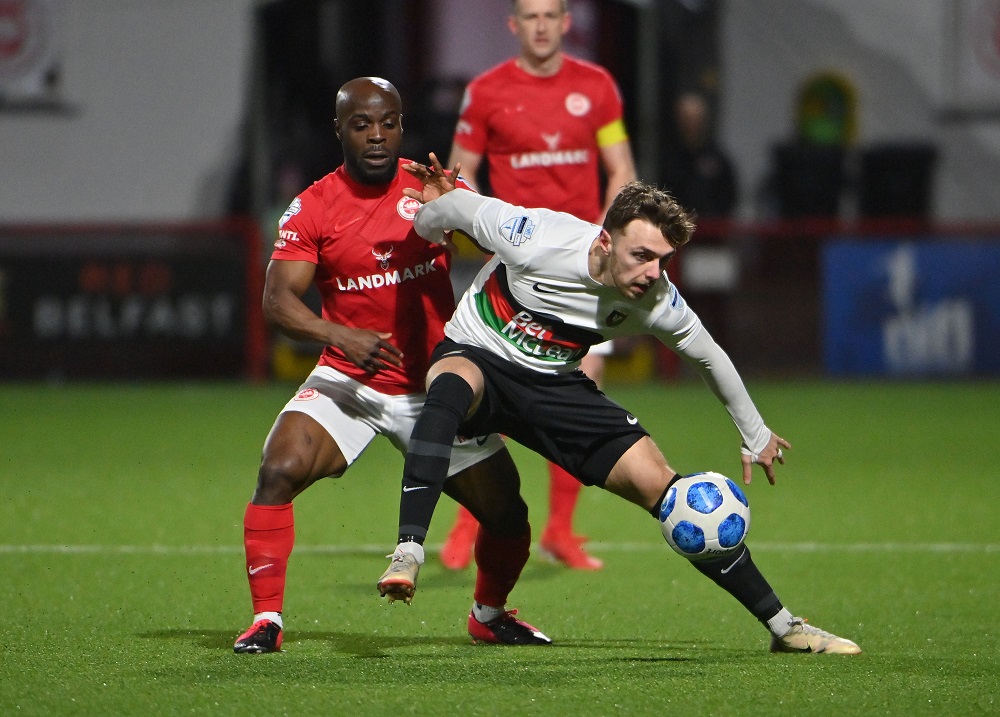 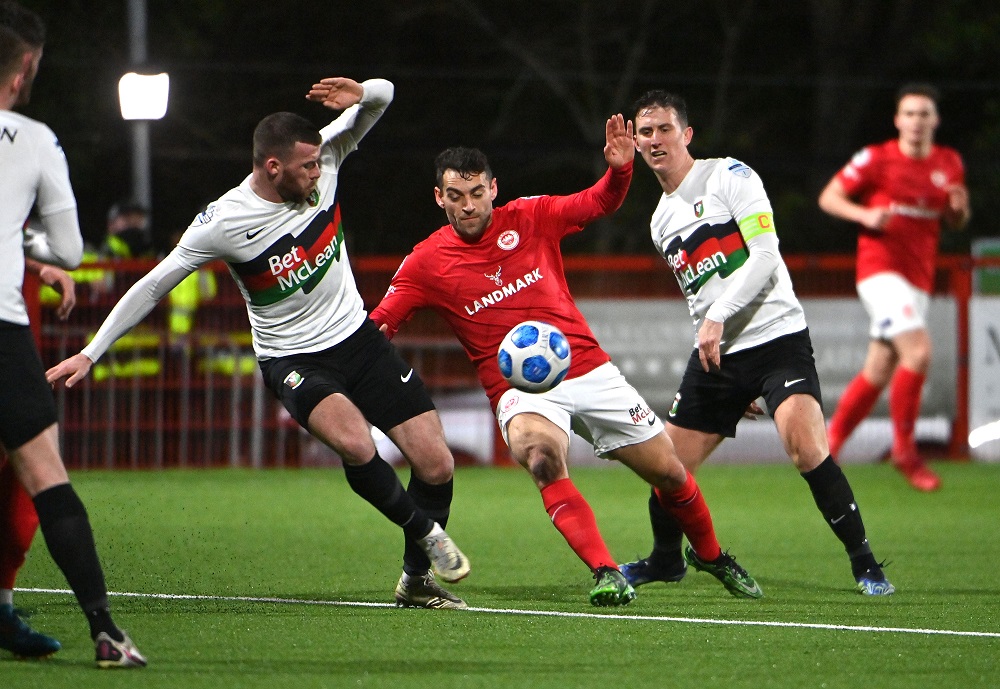 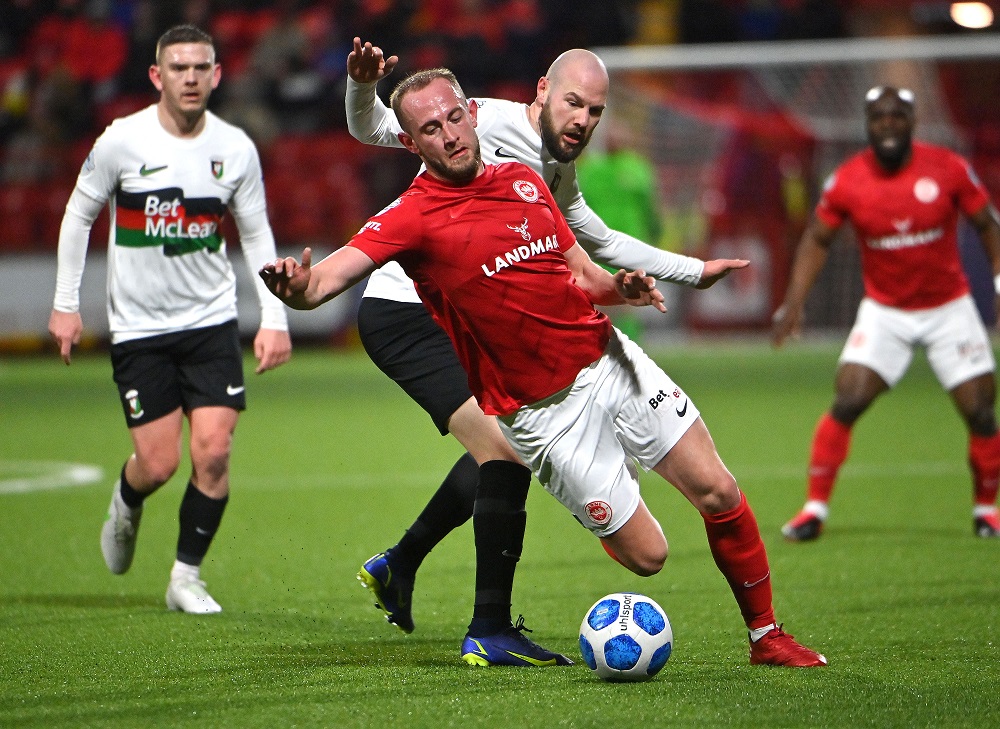 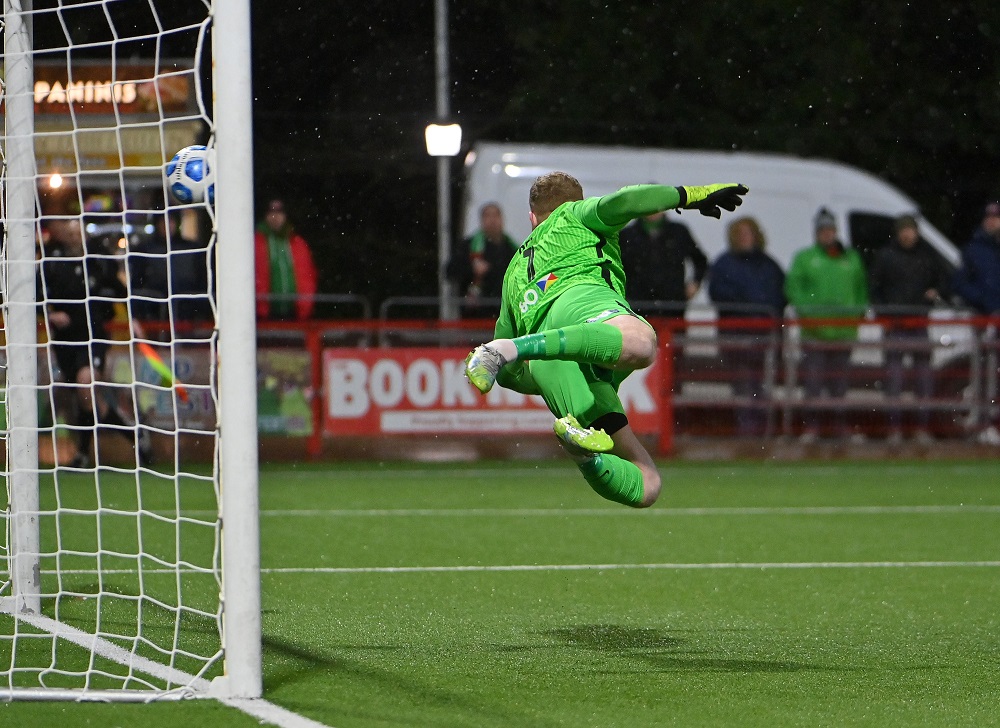 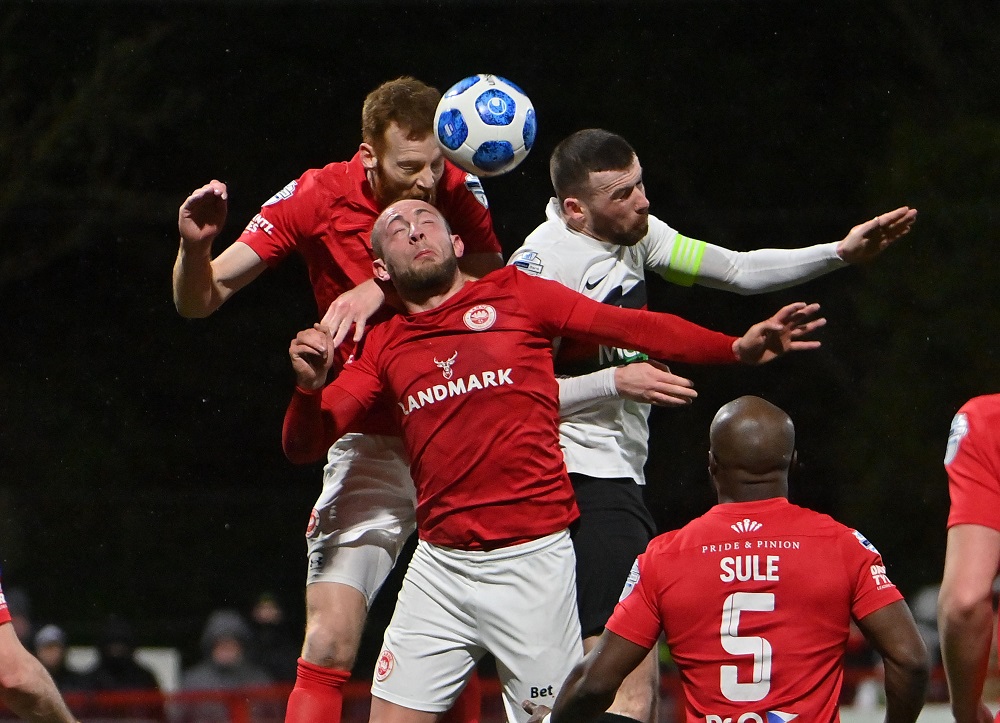