Cliftonville claimed the North Belfast derby honours with a 3-1 defeat of neighbours Crusaders at Solitude.

The Reds started brightly, enjoying periods of possession and a number of chances before, with 13 minutes on the clock, Jonny Addis opened the scoring with a downward header after connecting with Jamie McDonagh's inswinging corner.

The Crues responded well to going behind with Jordan Forsythe threatening with an effort just over after bringing the ball inside soon after.

However, the Crues were dealt a blow midway through the first half when Declan Caddell was shown a straight red card for a late challenge on Chris Gallagher.

Buoyed by this, Cliftonville went in search of a second goal and almost grabbed it when Addis came close to doubling his tally only for his header from a McDonagh free-kick to be well kept out by Jonny Tuffey.

But Crusaders levelled a couple of minutes from the break through Josh Robinson who rose at the back post to nod home from Jarlath O'Rourke's free-kick.

Cliftonville regained the advantage in stoppage time, however, when Ryan Curran found himself through one-on-one to confidently slot the ball past Tuffey.

The second half took a little while to get going, but the Reds looked the more likely to add to the goal tally with Chris Gallagher testing Tuffey as did Daniel Kearns later in proceedings while, with around a quarter-of-an-hour to go, McDonagh was unable to convert at the back post from a Levi Ives cross.

That third goal did arrive with 11 minutes to go, though, when good build up play from Kearns and McDonagh teed Ives up to fire a strong finish home from the edge of the box. 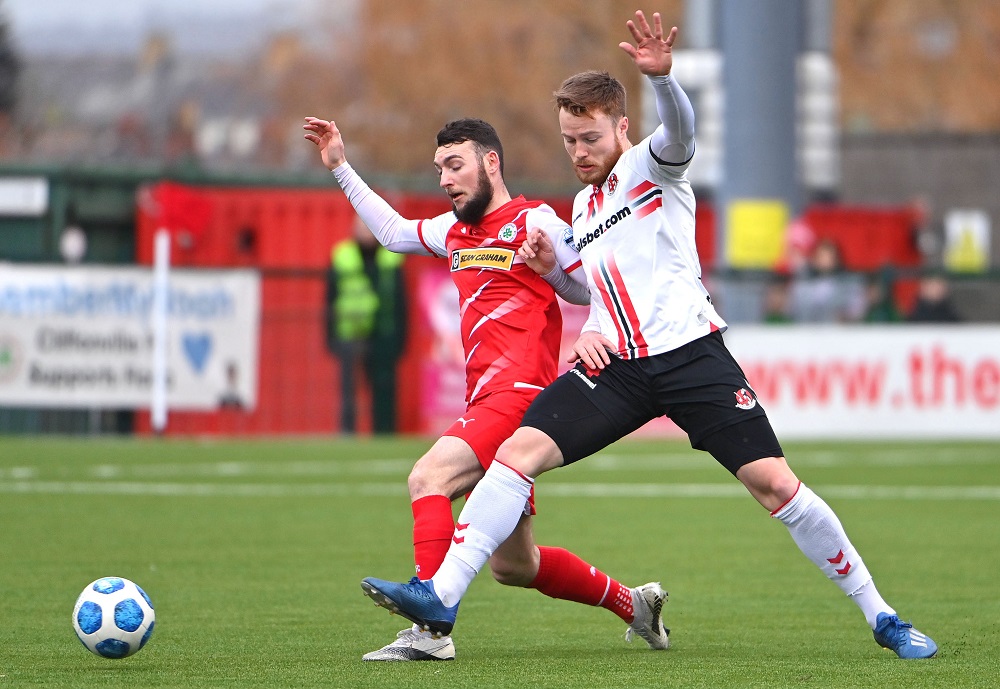 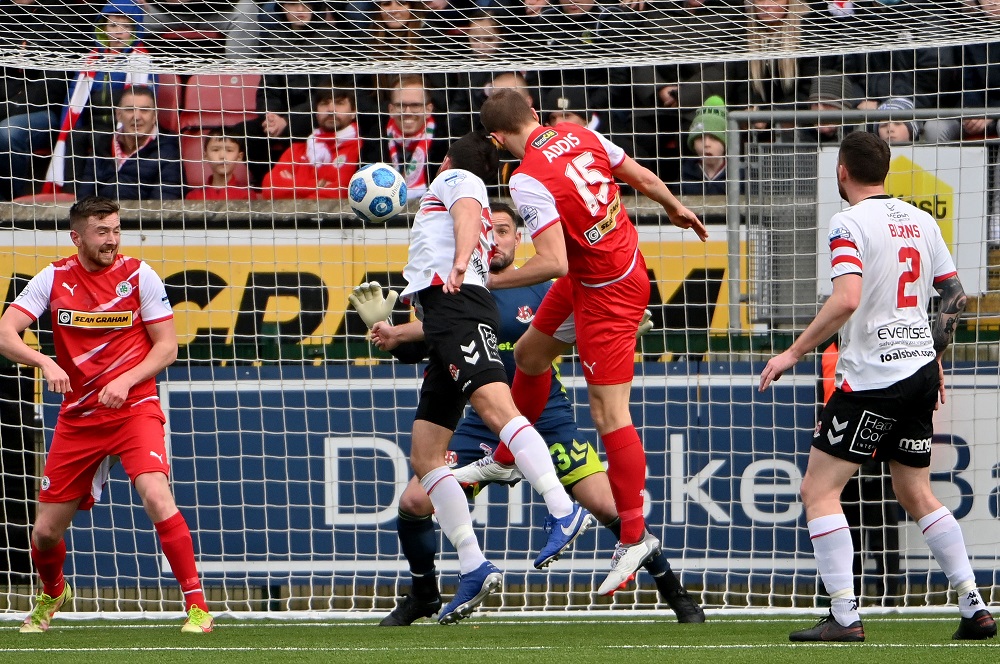 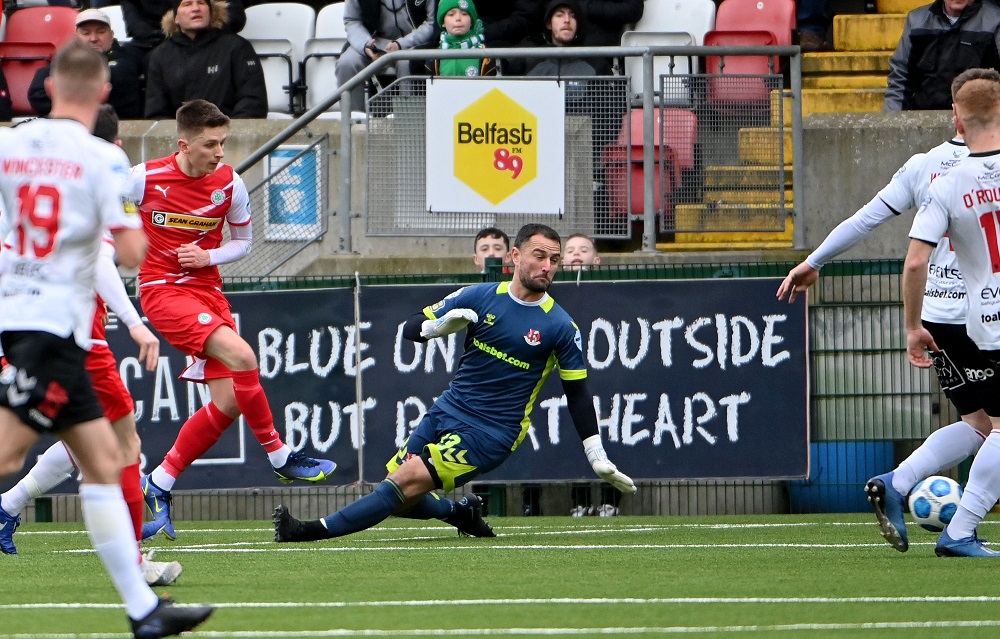 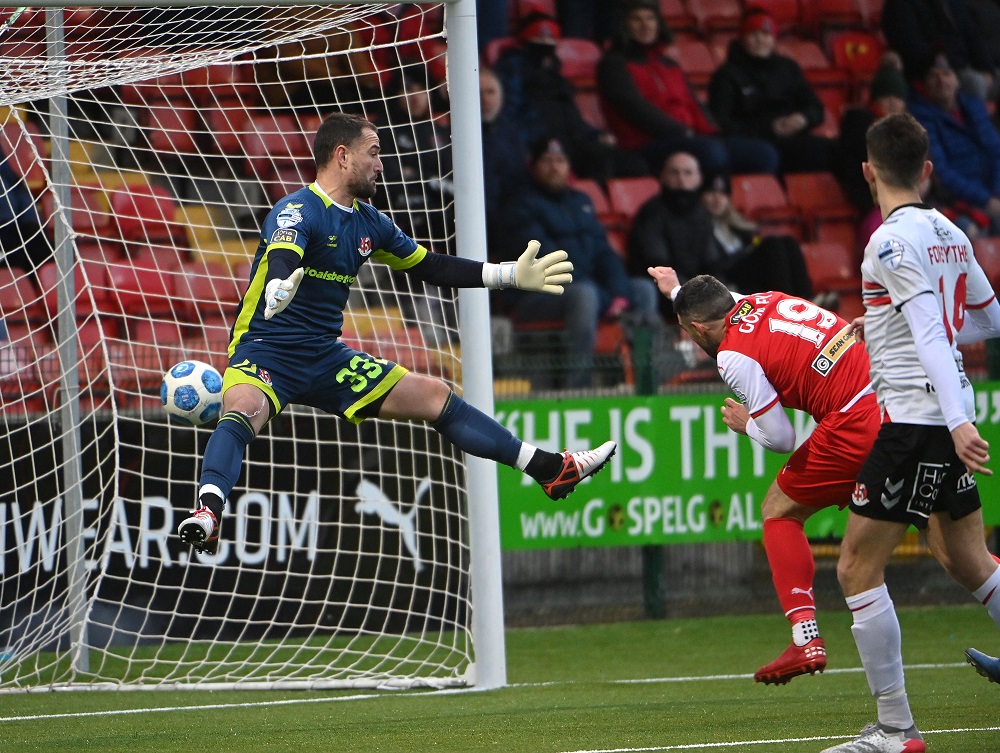 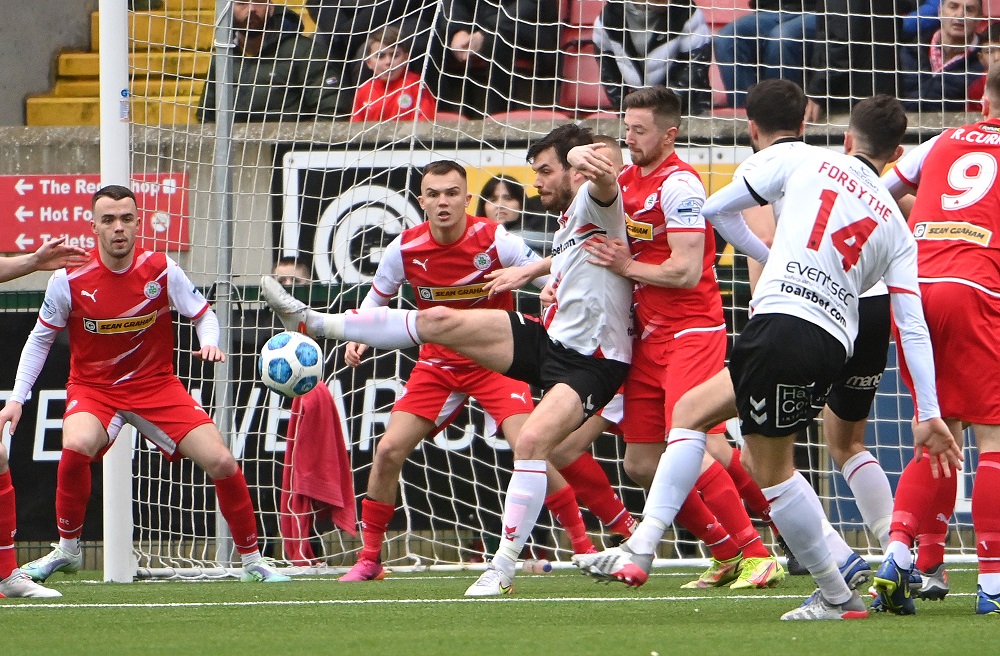 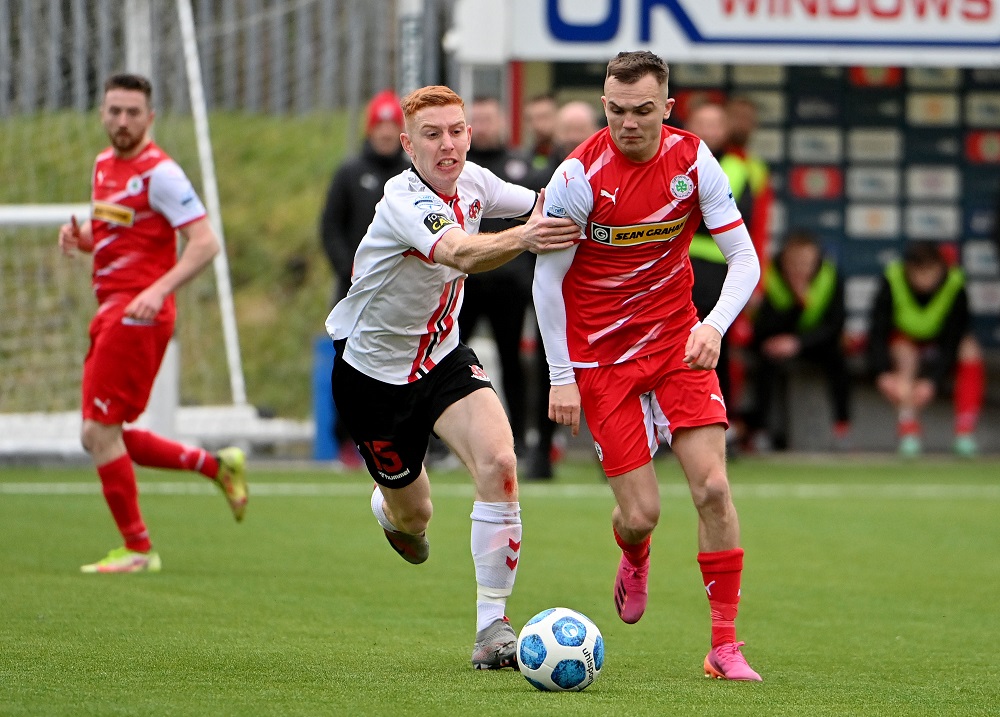