Coleraine and Ballymena United settled for shared honours from the derby between the sides at Showgrounds.

A somewhat cautious start to the game saw both sides struggle with the breezy conditions.

The deadlock was broken just before the half-hour mark when referee Andrew Davey adjudged that Mikey Place had upended Josh Carson with Lyndon Kane wasting no time in converting the subsequent spot-kick.

Remarkably, the Bannsiders were presented with a gilt-edged opportunity to double their advantage just four minutes after that with another penalty. On this occasion keeper Sean O'Neill was ruled to have brought down James McLaughlin but Kane was unable to repeat his earlier success with a blazed finish well over the top.

Then, on 37 minutes, the Sky Blues levelled when Caolan Loughran rose highest to head home after meeting Place's delivery from a corner.

And Coleraine almost regained the lead late in the first half when Carson delivered a drive from the left which O'Neill did well to keep out.

As before, the beginning of the second half proved difficult for both sets of players with the next effort of note not coming until just after the hour when Jamie Glackin played the ball into the path of Patrick Kelly but his effort drifted just wide of the far post.

Glackin then looked to have teed up McLaughlin soon after but, again, the resultant effort went just off target. Then, moments after that, Matthew Shevlin pass struck the woodwork after a Kelly pass went wayward.

At the other end Kenny Kane was denied by a very timely Kane tackle before Paul McElroy glanced a header across the face of goal and narrowly wide.

There was a flourish at both ends in the closing moments of normal time. Ryan Waide had a good chance to edge Ballymena in front on 89 minutes but his effort was turned onto the post by Gareth Deane before play switched immediately for Curtis Allen to find the net only for it to be ruled out offside. 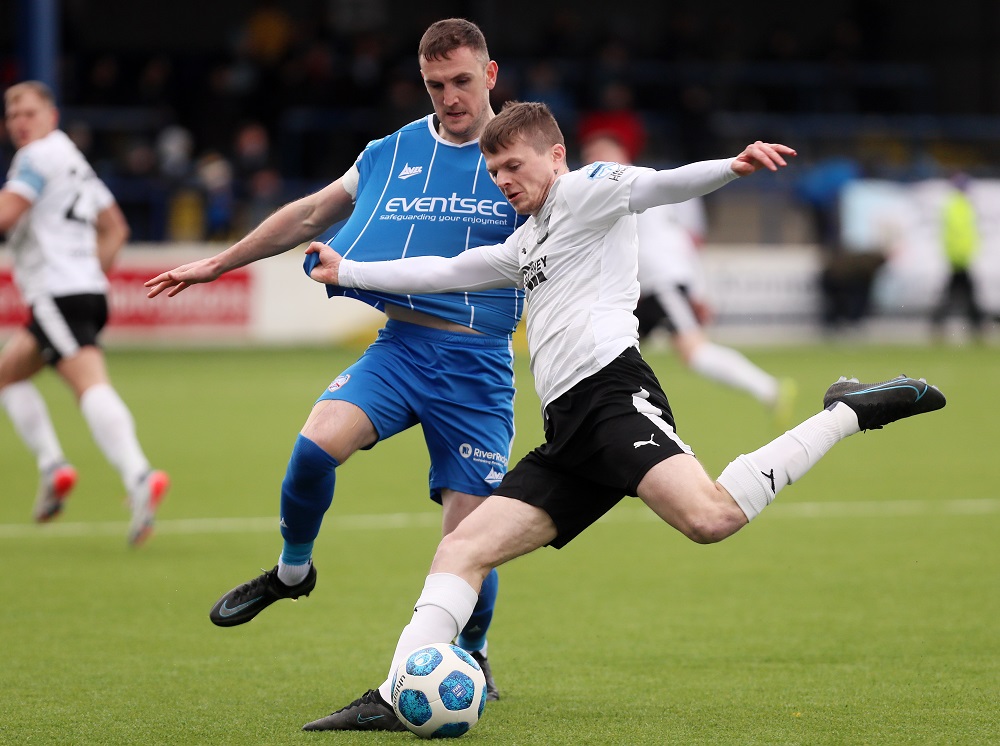 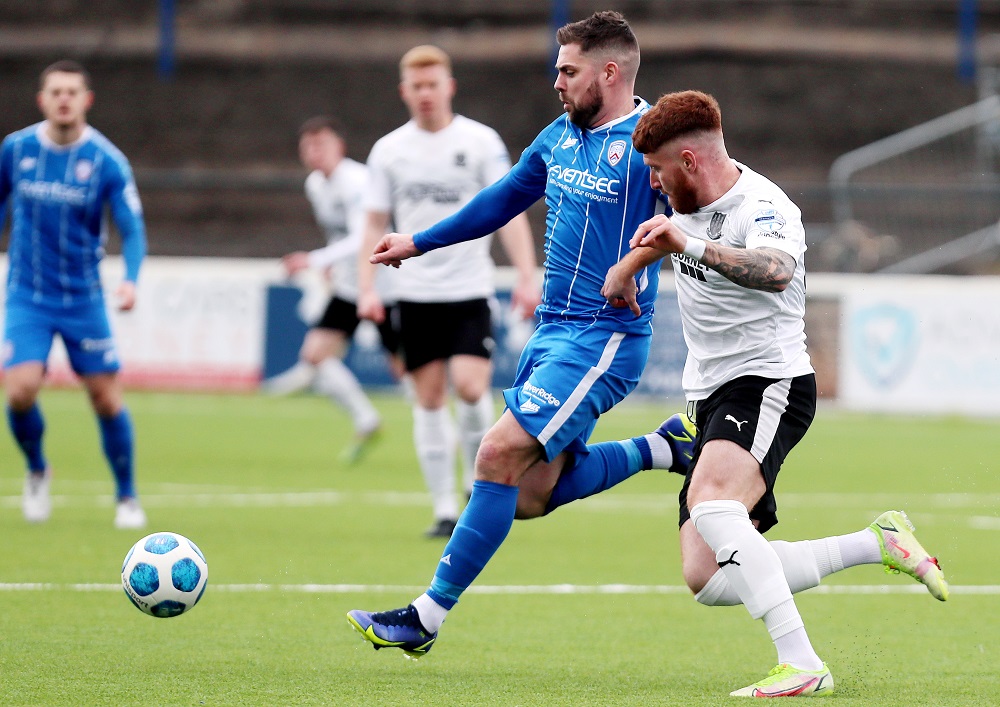 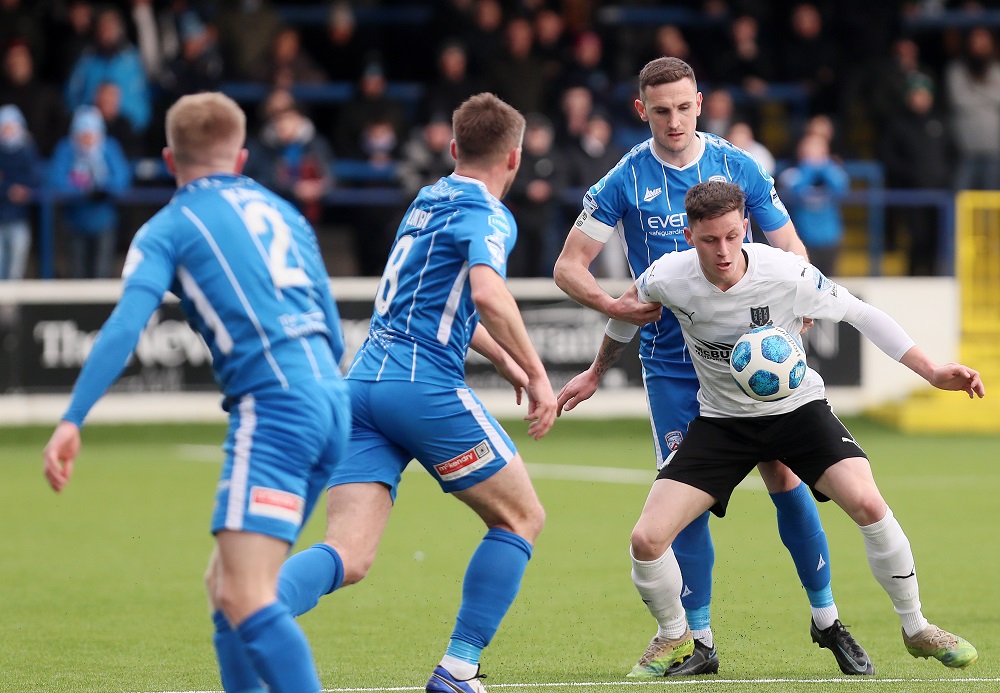 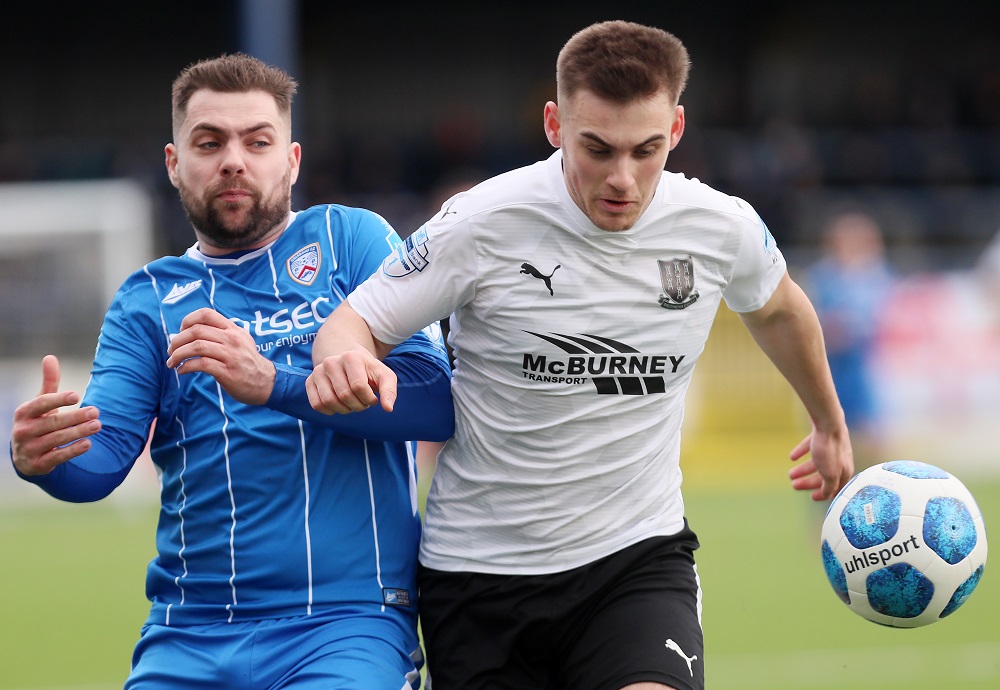 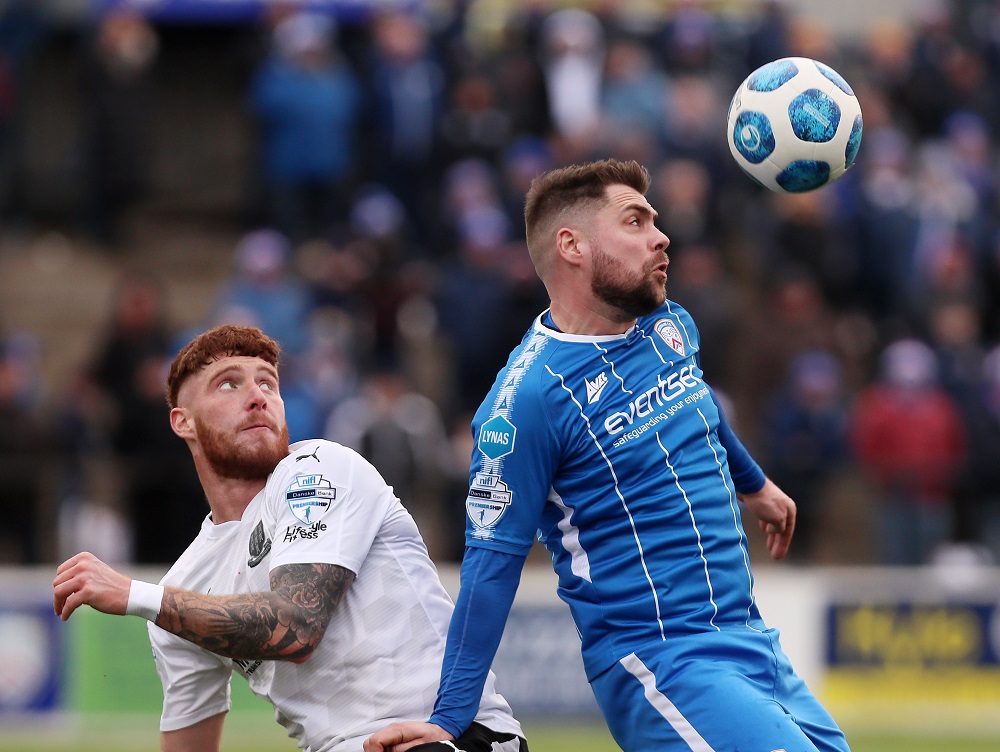 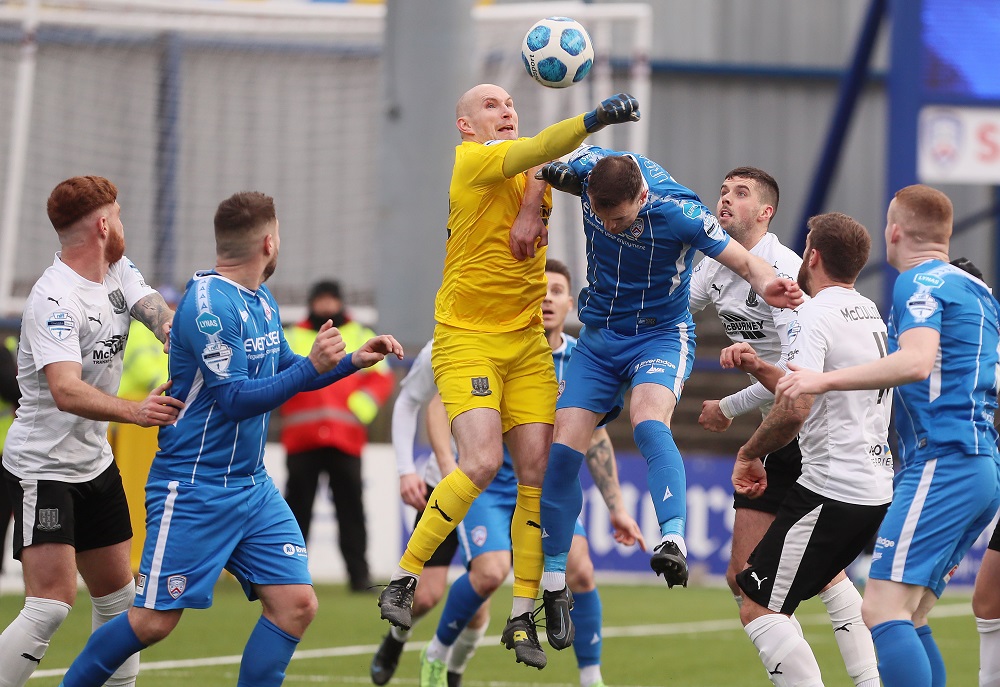