LINFIELD WIN TO EDGE BACK INTO TOP SPOT

Linfield returned to the top of the Danske Bank Premiership courtesy of a two-goal win away to Ballymena United and despite playing just over half the game with ten men.

The sides traded chances during the opening period of the first half with Leroy Millar creating the first effort of note on 13 minutes with a bicycle kick from a corner which was held by Chris Johns.

At the other end Christy Manzinga fired wide for distance after cutting in from the left, while Chris Shields nodded just off target from Niall Quinn's free-kick.

Caolan Loughran then fired a free-kick straight at Johns before Manzinga teed up Stephen Fallon but he could only volley over the top.

The deadlock was broken on 35 minutes, however, when Kyle McClean whipped in a free-kick but unfortunate home defender Steven McCullough could only head into his own net whilst attempting a clearance.

It was almost 2-0 moments after that when Manzinga was denied at close range by Sean O'Neill, but Manzinga's involvement in the game ended a couple of minutes later when he was shown a straight red card by referee Shane Andrews for an off the ball incident.

Linfield might have added a second right at the end of the first half when Ben Hall connected with a McClean corner but O'Neill did well to claw the danger away.

Andy McGrory had a chance to level for the Sky Blues around the hour mark, but David Jeffrey's side fell further behind on 73 minutes when Chris Shields calmly fired home from the spot after Jamie Mulgrew had been upended in the box by Sean Graham.

United did push for a consolation as time ticked away but efforts from David Parkhouse, Josh Kelly and Mikey Place all proved fruitless as the ten-man Blues claimed the points. 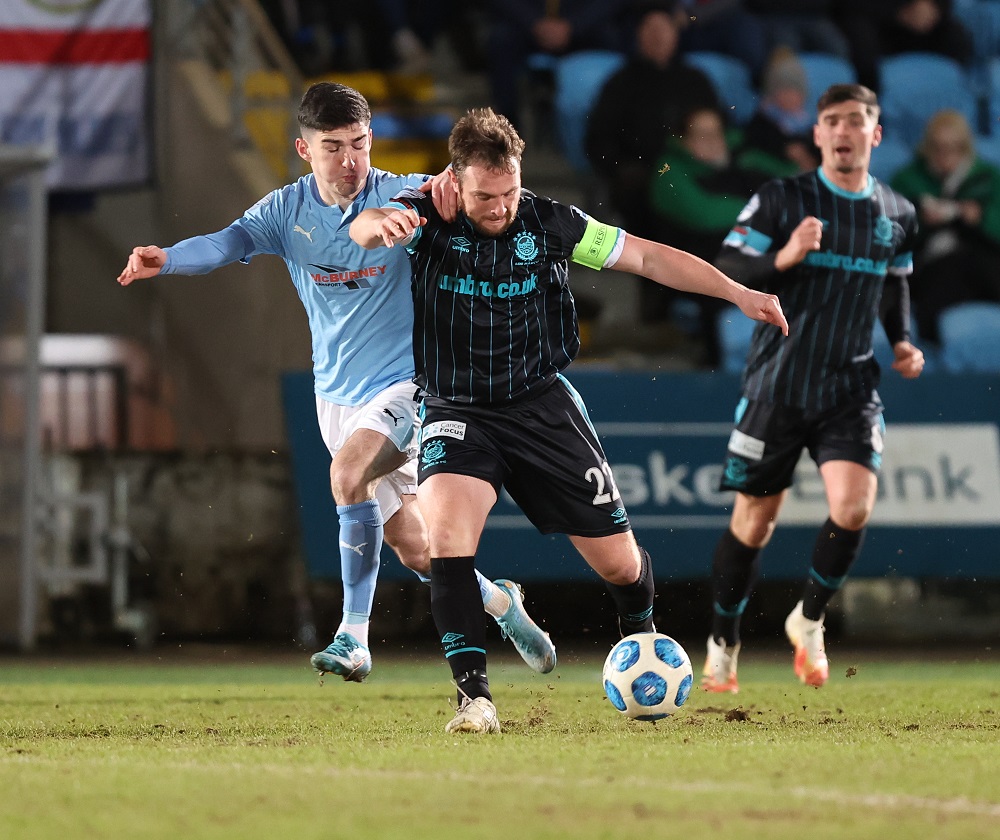 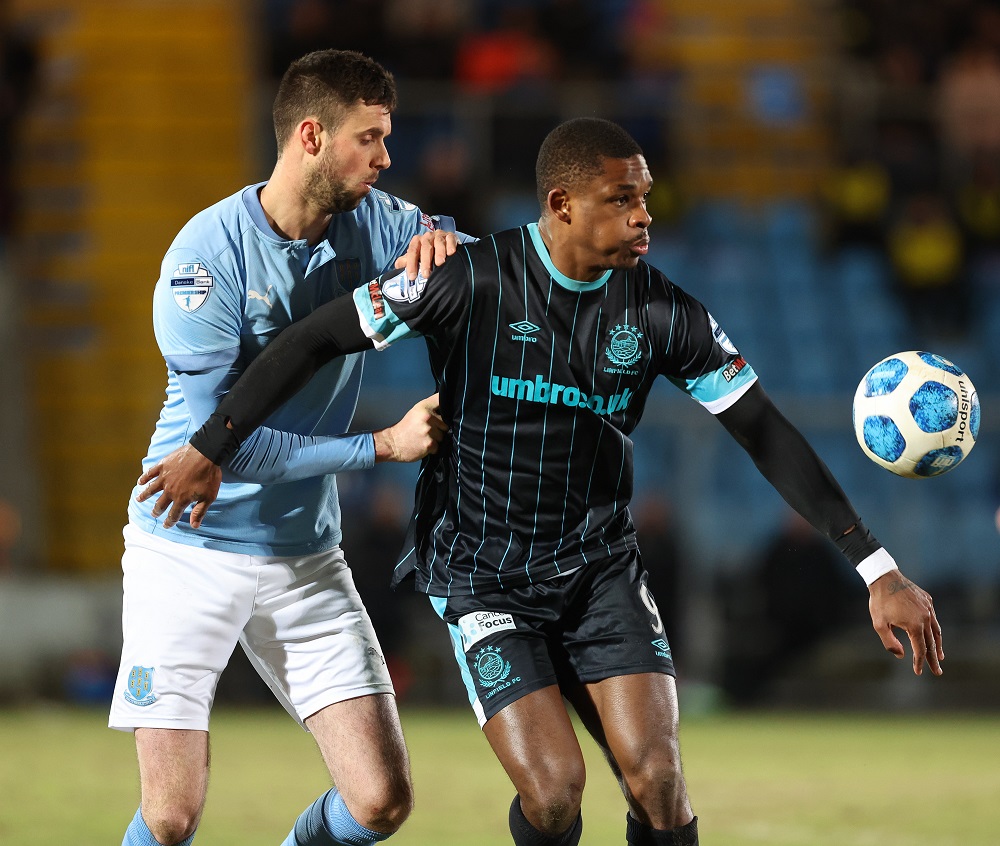 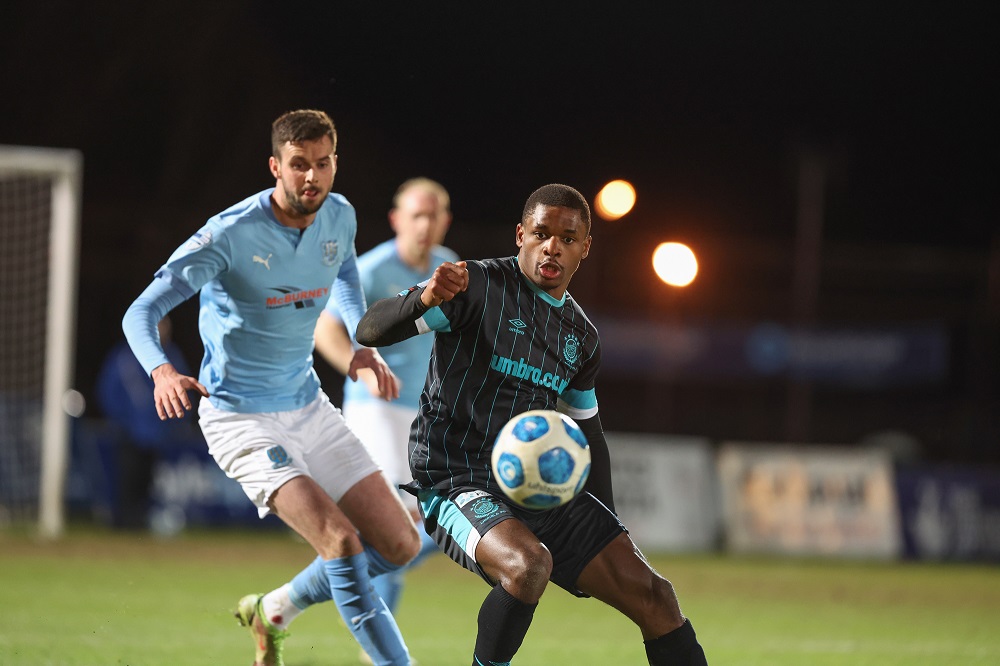 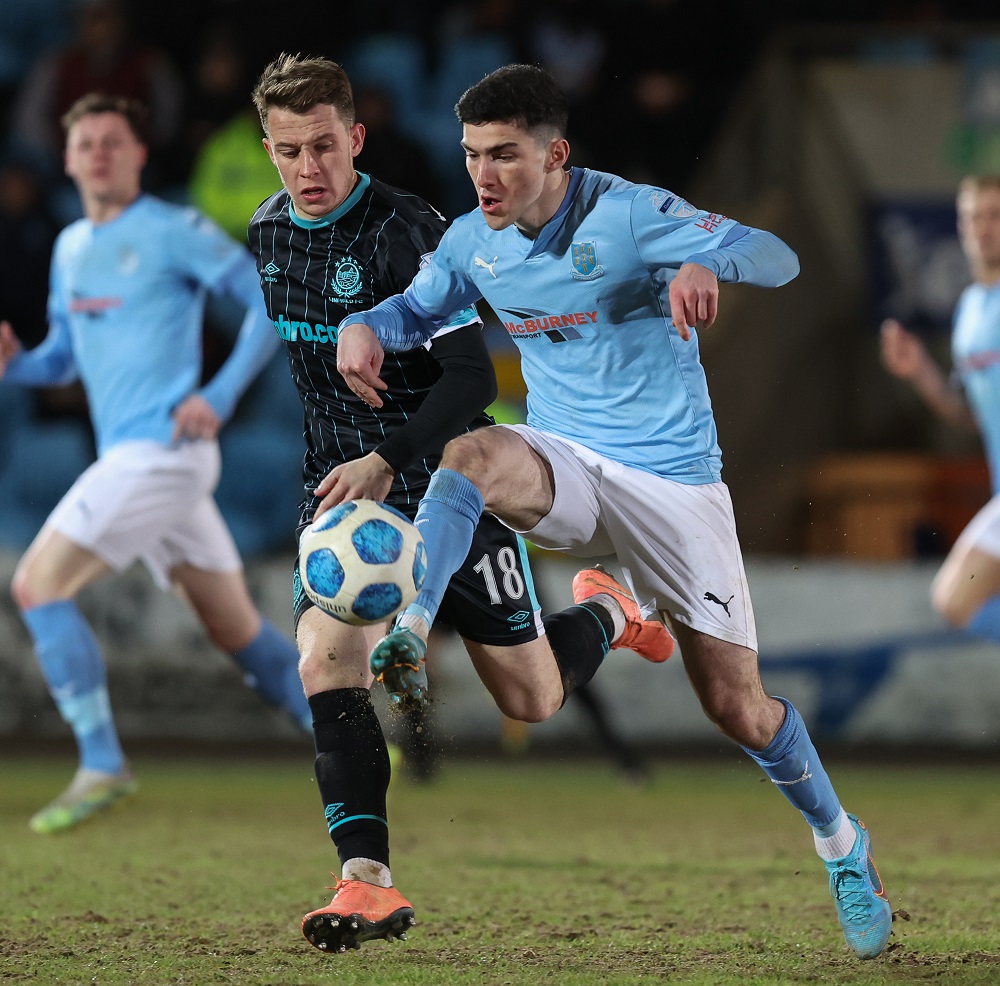 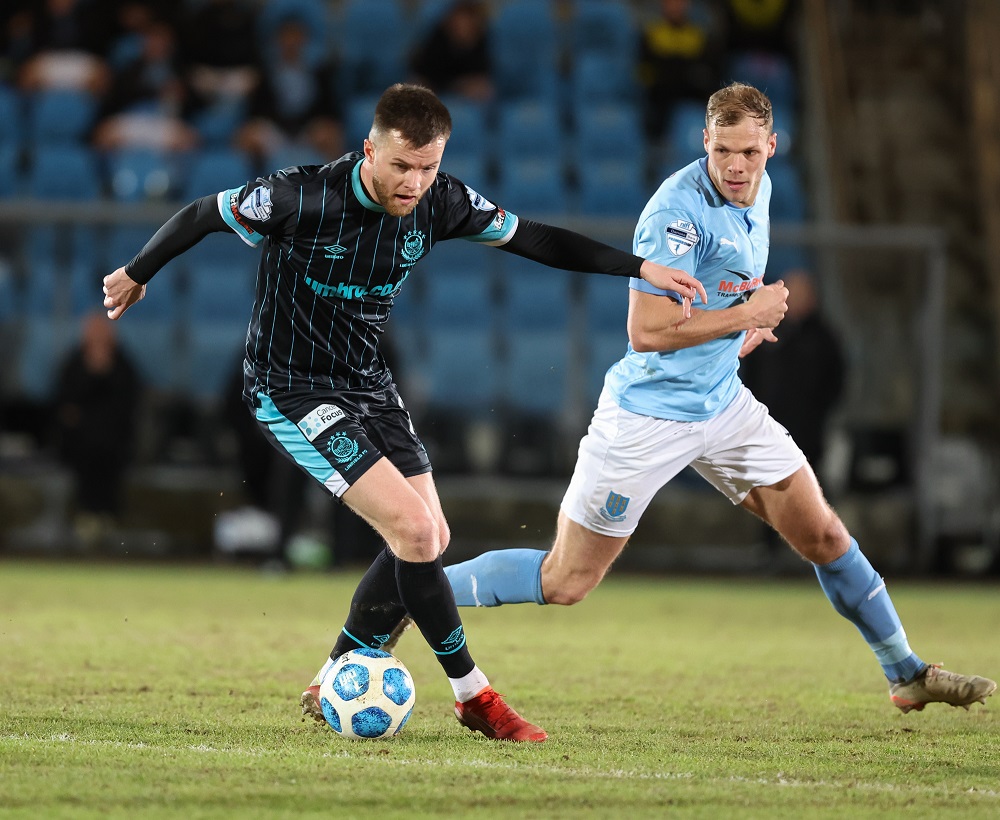 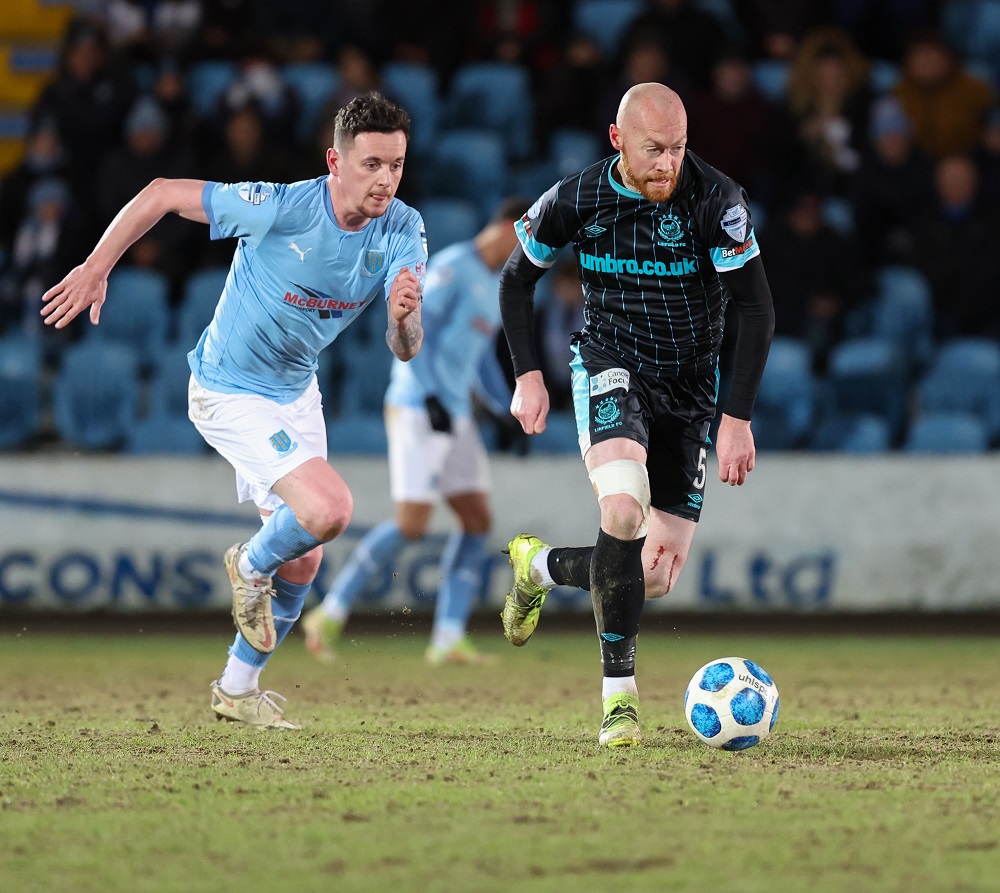