A dramatic finish at Inver Park saw Glenavon grab a last gasp equaliser away to Larne.

The home side needed just three minutes to seize the advantage when Lee Bonis continued his recent good form with a finish from just outside the box after Graham Kelly's initial effort was deflected into his path.

Larne continued to press in search of a second goal and almost grabbed it just short of the half-hour mark when Glenavon keeper James Taylor was forced to rush off his line to deny Lee Lynch from point blank range.

Then, towards the end of the first half, Ronan Hale had a go with a powerful effort from the edge of the box but Taylor did well to hold the ball.

Gary Hamilton's side came close to grabbing an equaliser on the hour but Calum Birney could only head just wide at the back post from Michael O'Connor's corner.

Larne might have doubled their advantage with around a quarter-of-an-hour to go when great work by Navid Nasseri produced a cross for Bonis but the on fire striker failed to bag his second of the evening with a header over the top despite being well placed.

Bonis then turned provider on 90 minutes with a cross from the left for John Herron saw Taylor made another point blank save. And Larne had another chance after that when, on the break, Ben Doherty struck an upright.

However, there was still time for that heart stopping leveller when Rhys Campbell sent over an inswinging corner for Matthew Fitzpatrick to nod home at the second attempt! 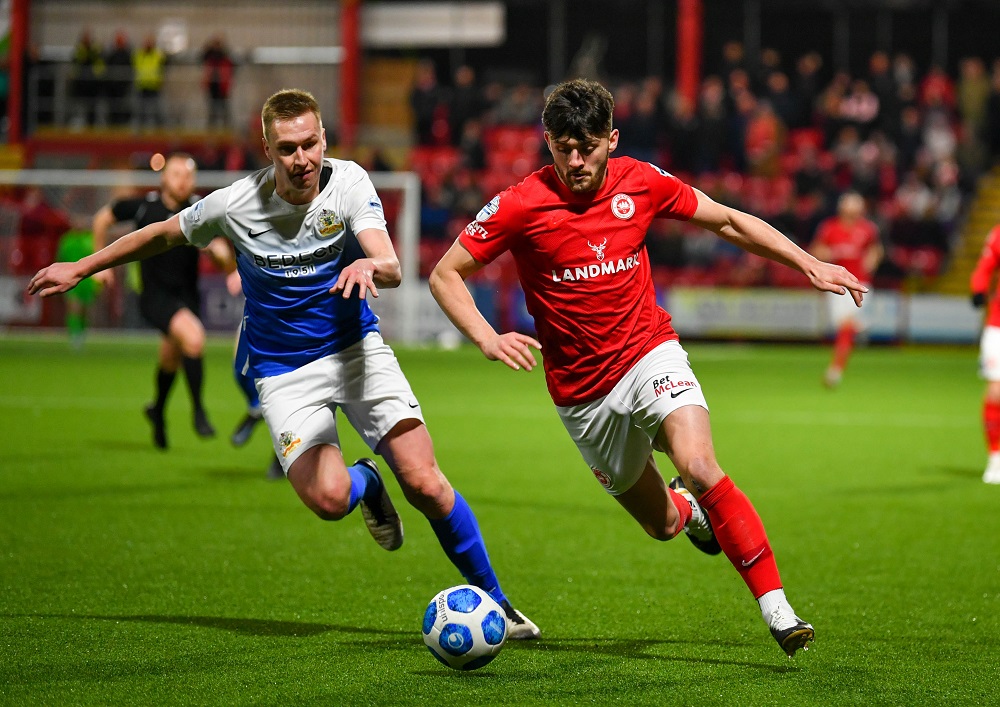 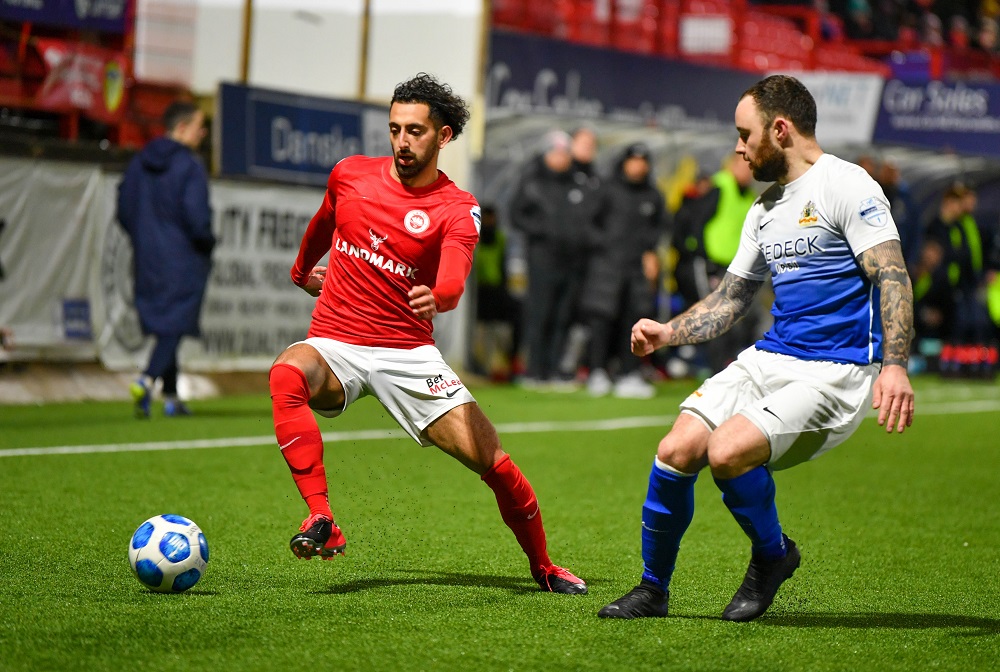 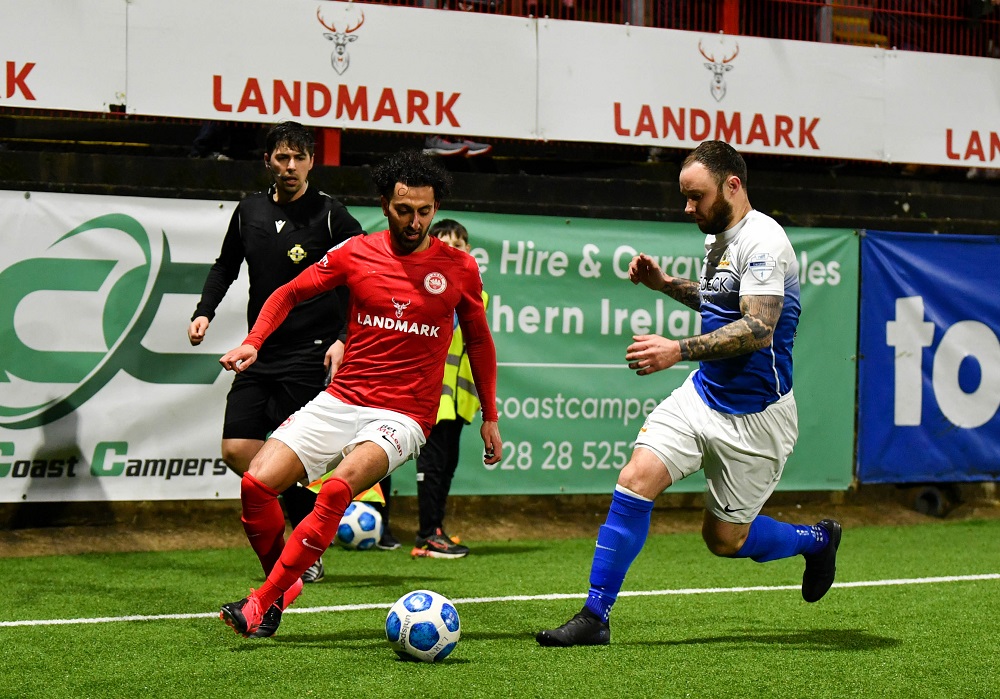 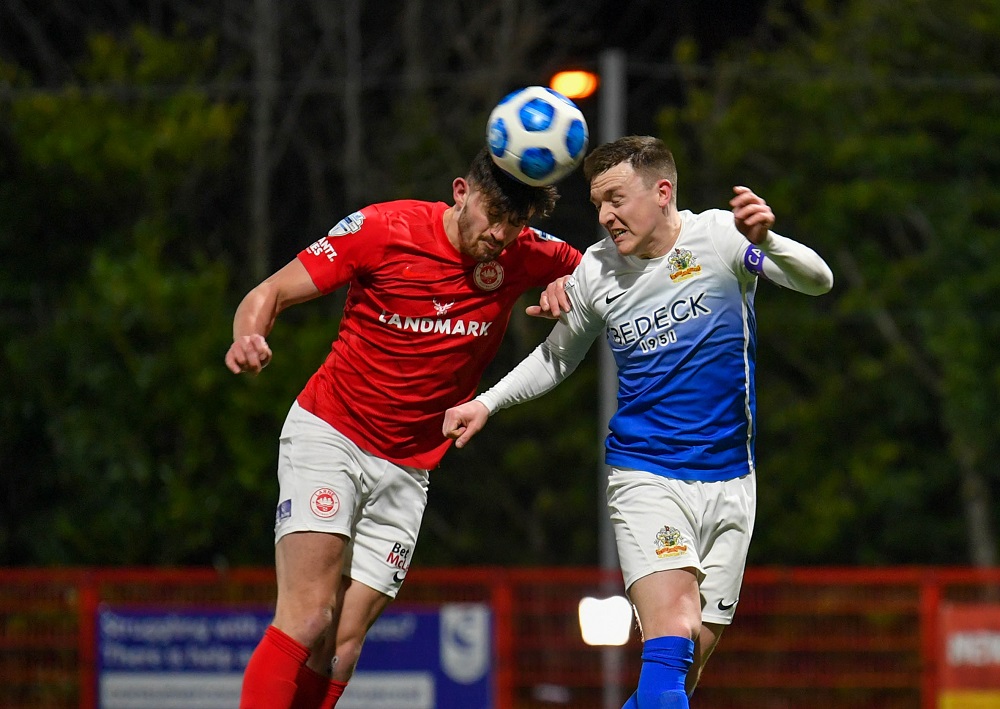 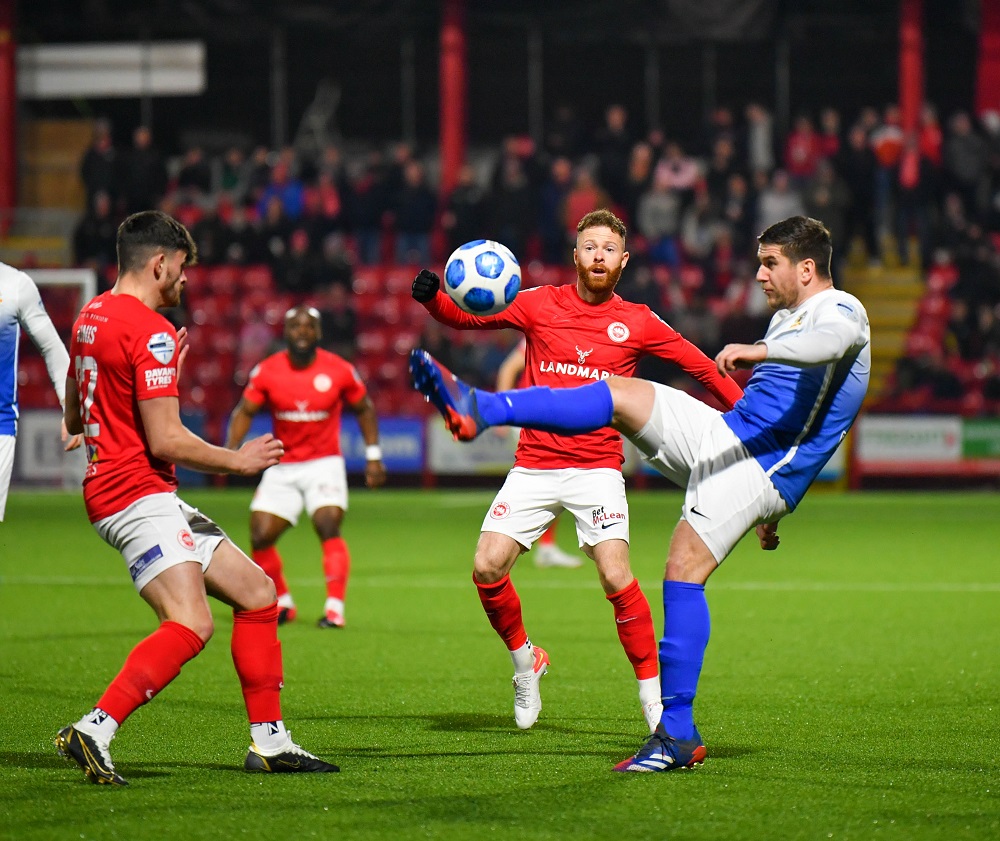 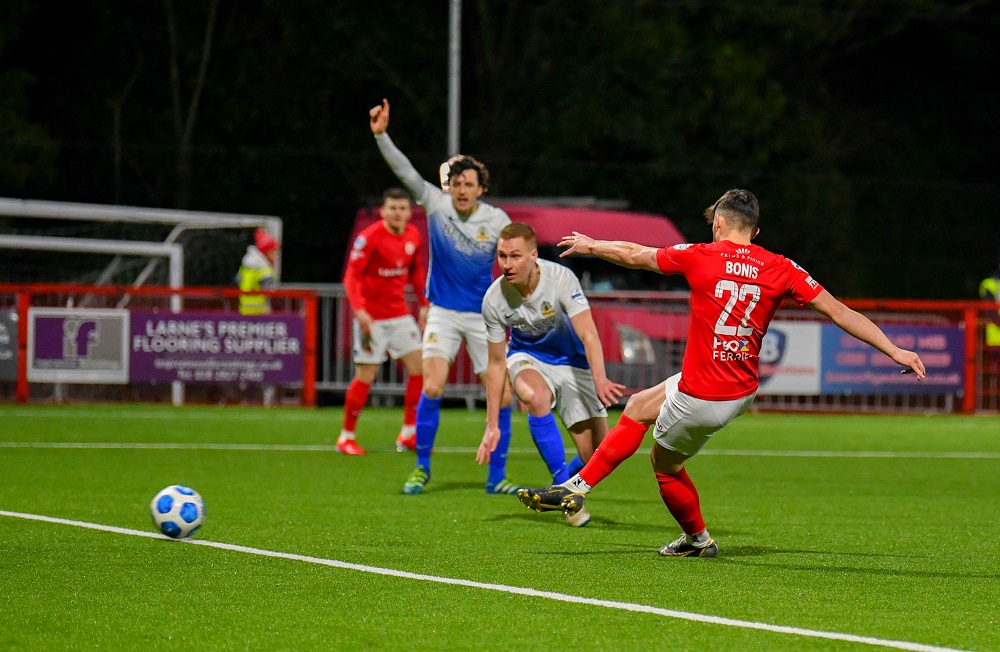