HONOURS EVEN AT THE SHOWGROUNDS

Ballymena United and Glentoran both picked up a point from this clash at The Showgrounds.

A quiet start with both sides looking evenly matched, it fell to home skipper Leroy Millar to create the first effort of note when he fired just wide from 25 yards with around ten minutes on the clock.

Glentoran threatened midway through the first half when Conor McMenamin set up Jay Donnelly at the back post but he could only drag his effort wide from eight yards.

And the Glens had one further chance just before the break when McMenamin tested Sean O'Neill with a curling effort but the United keeper did well to tip the ball over.

The deadlock was broken four minutes into the second half through Ryan Waide who fired the Sky Blues in front at the back post after the Glentoran defence failed to deal with a long throw.

But the visitors levelled just five minutes after that courtesy of Jay Donnelly's spot-kick after Kym Nelson had fouled Shay McCartan.

Waide then came close to restoring Ballymena's lead not long after that only to fire just over the top after bursting through the defence before play switched again for McMenamin to have an effort tipped wide by O'Neill.

However, in the end, both sides had to settle for a share of the spoils. 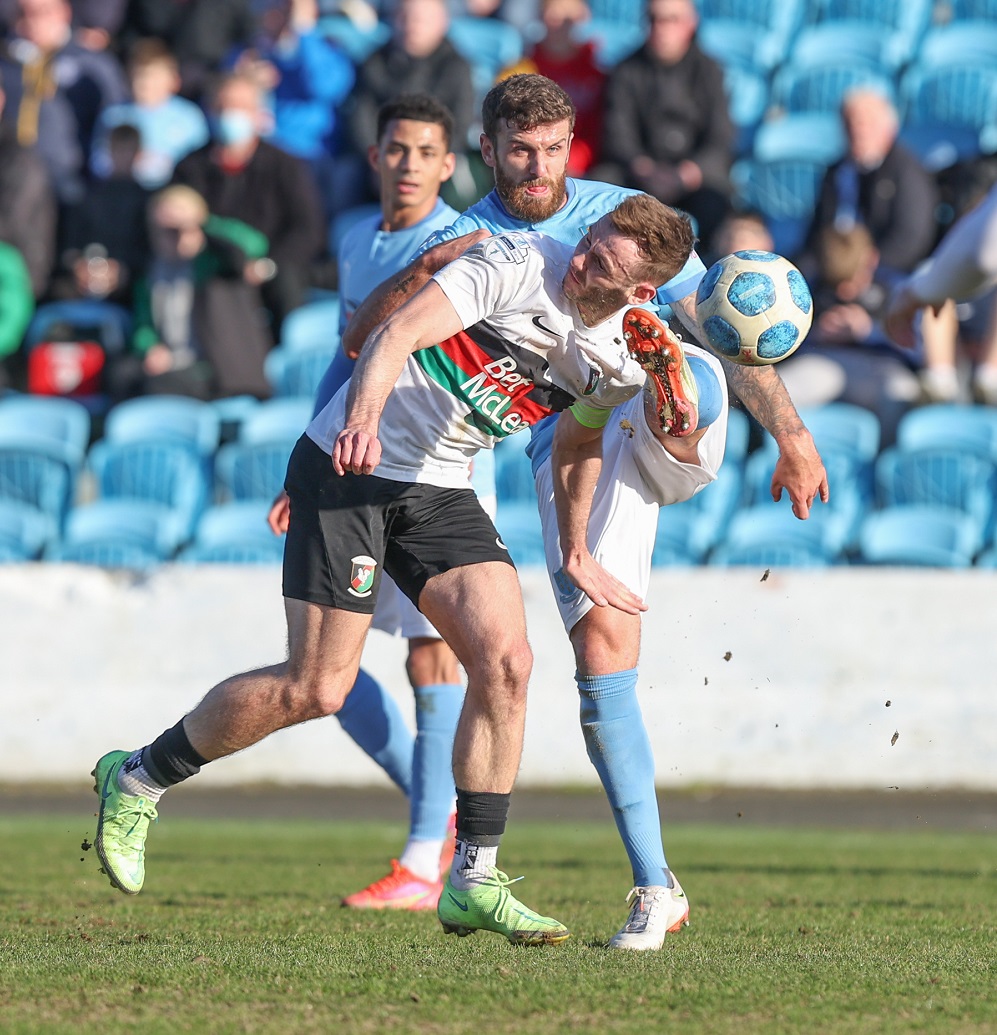 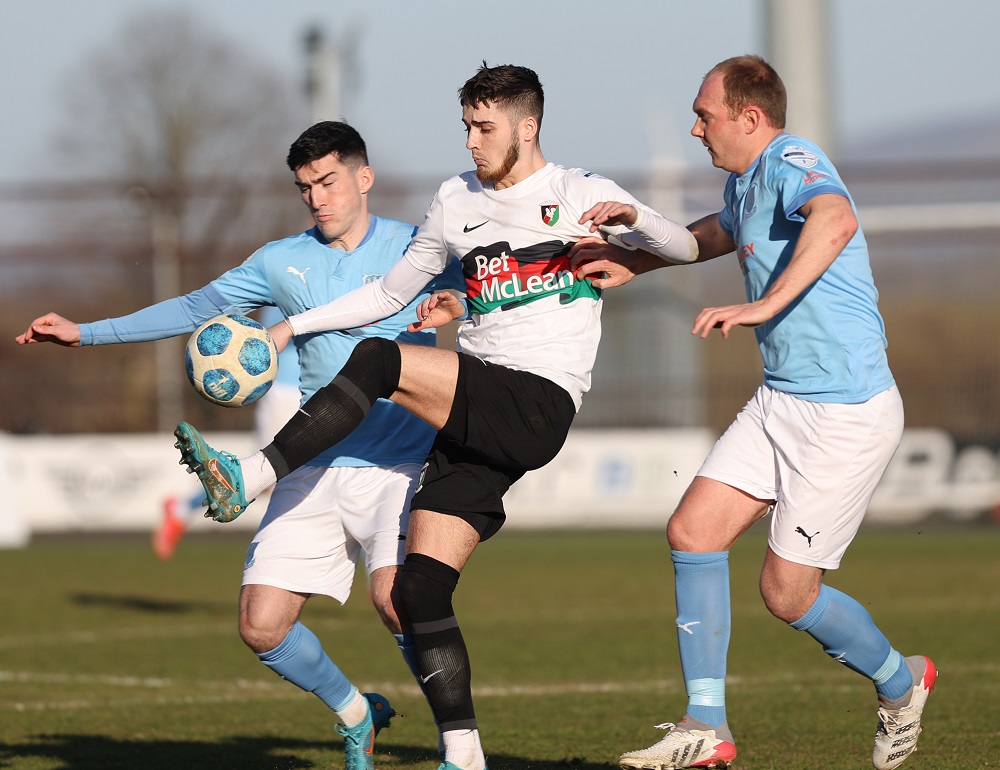 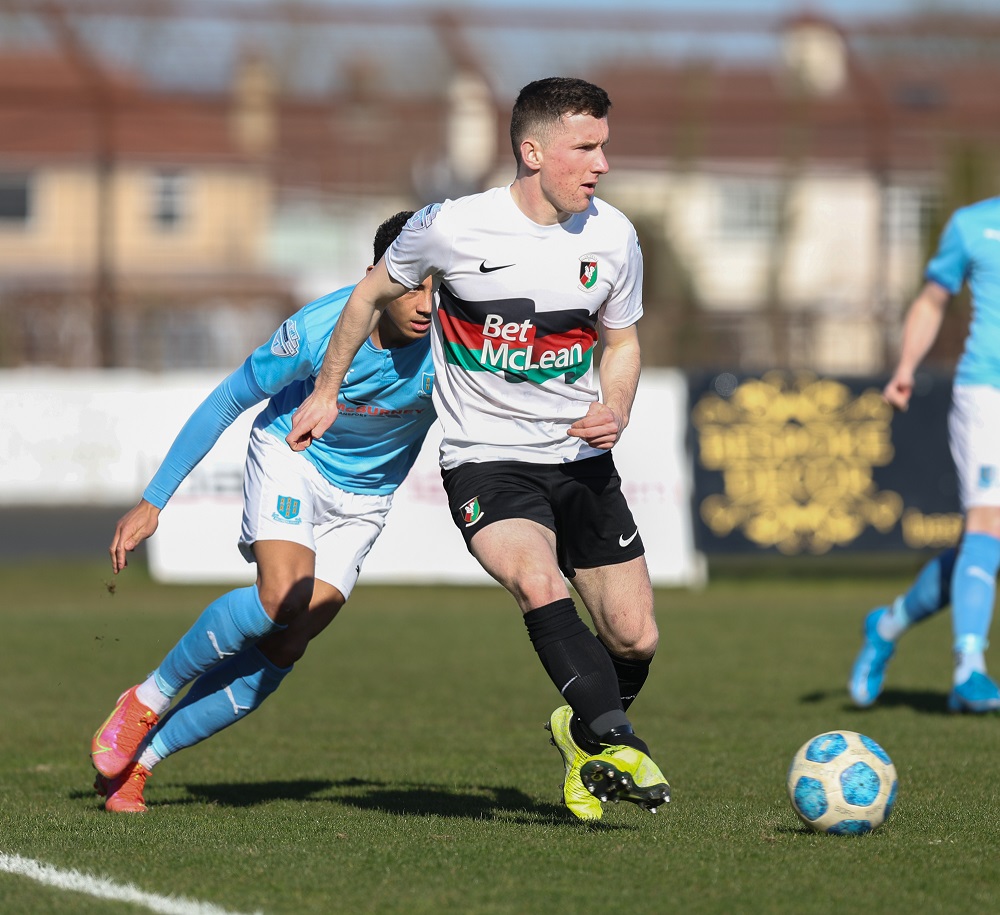 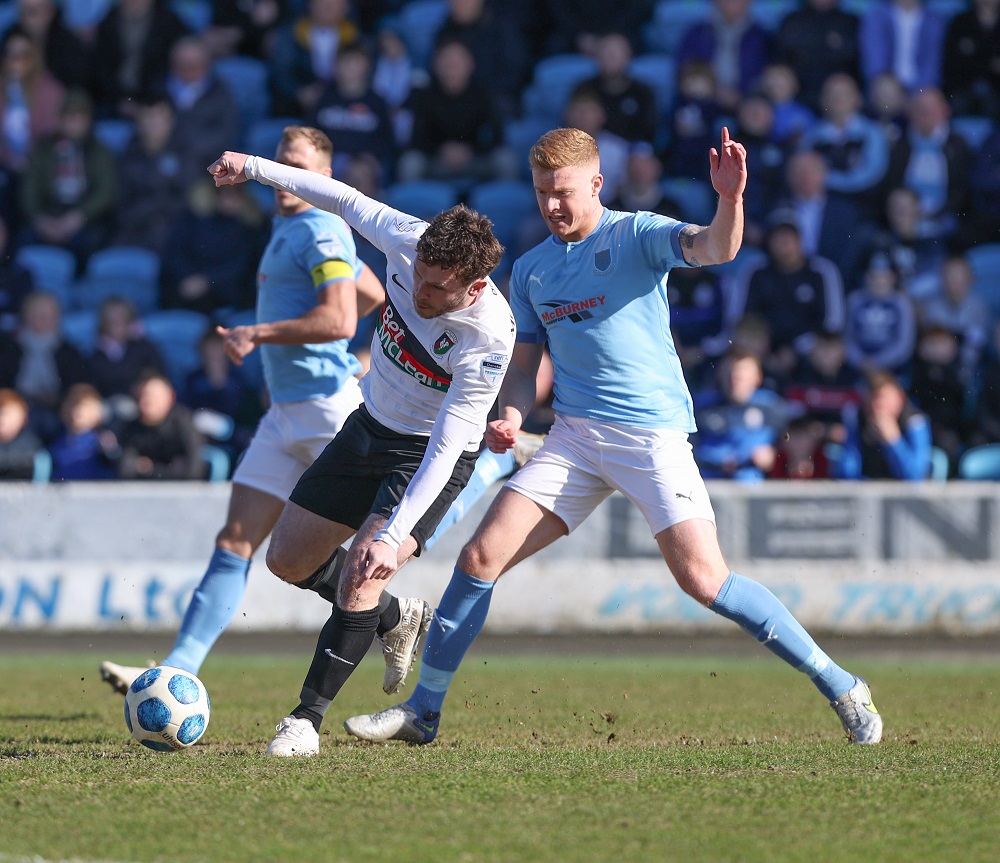 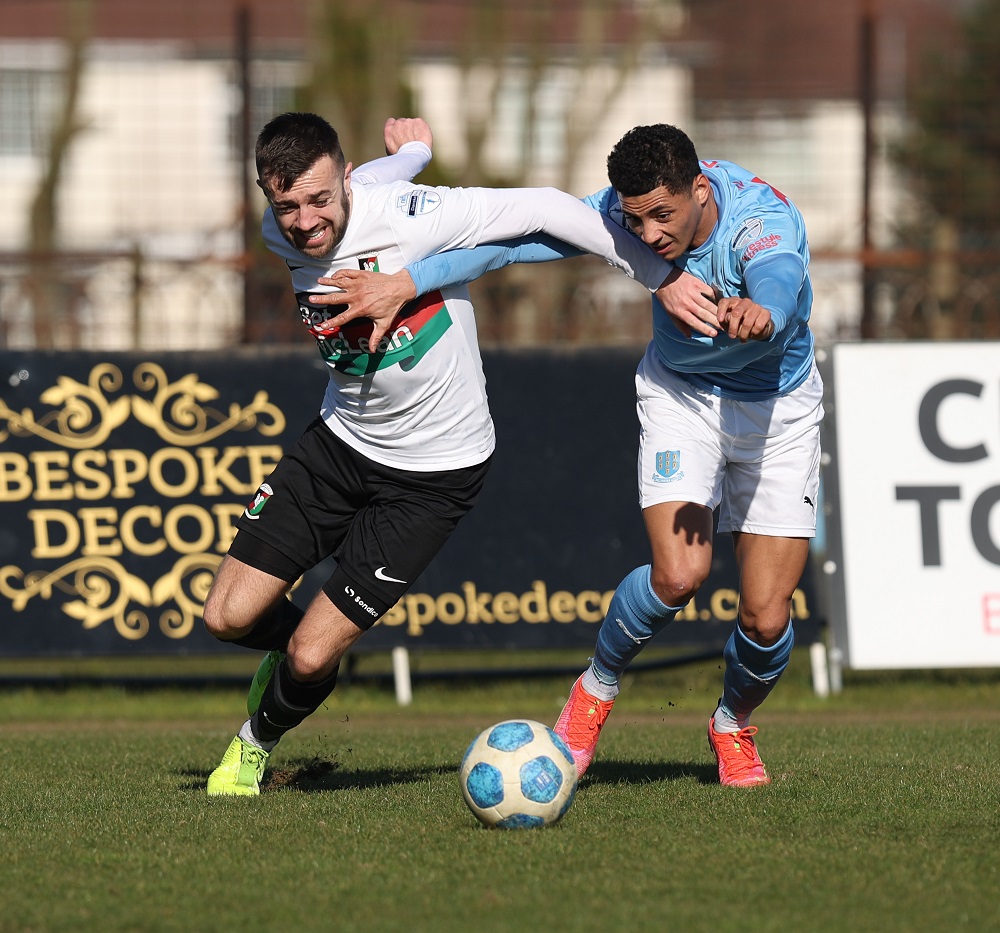 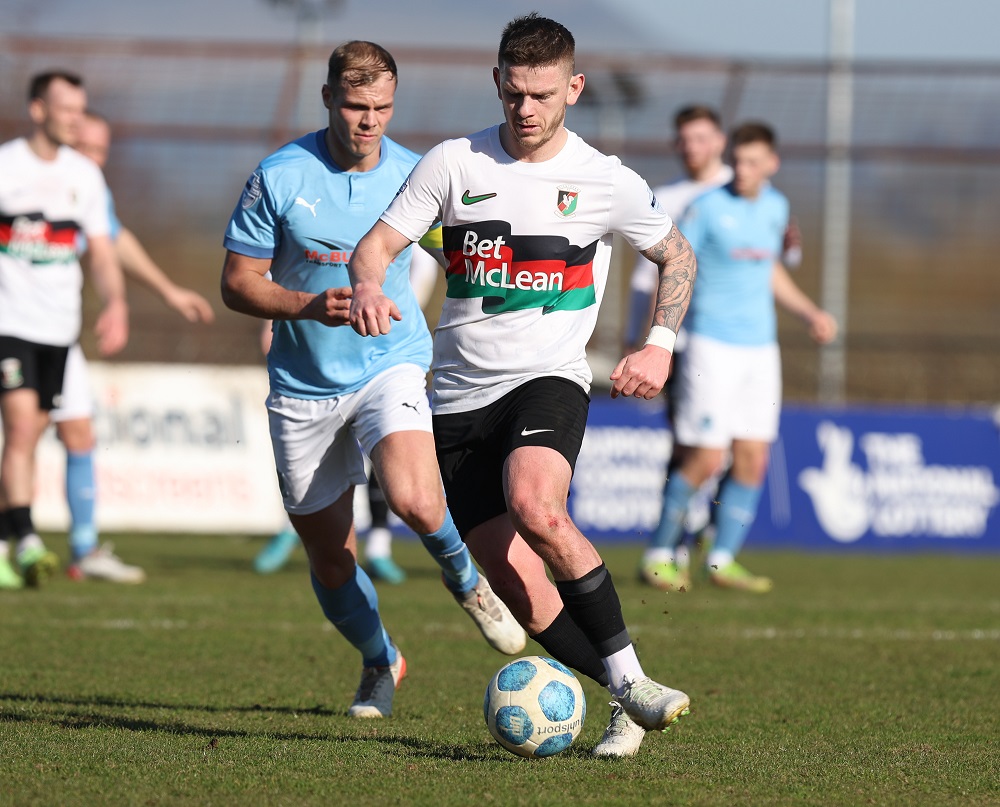