CAMPBELL AT THE DOUBLE FOR LURGAN BLUES

Glenavon picked up a vital three points with victory over Ballymena United at Mourneview Park in the battle for a possible European play-off spot.

A quiet opening to proceedings produced little by way of scoring opportunities early on although United's Josh Kelly did flash an effort over from 20 yards after eight minutes.

The Sky Blues moved in front midway through the first half courtesy of Kym Nelson's finish after he glanced a header past keeper Josh Clarke from a Ross Redman free-kick.

Glenavon levelled just before the break, however, when Calum Birney nodded the ball over the line at the right post despite protests from United keeper Jordan Williamson that he had kept the ball out.

The home side were reduced to ten men on 54 minutes after Danny Wallace was adjudged to have denied David Parkhouse an obvious scoring opportunity inside the box, and from the penalty that followed debutant Glenavon keeper Clarke produced a great stop to deny Leroy Millar's spot-kick.

However, two goals in as many minutes with around a quarter-of-an-hour remaining saw the balance tip firmly in favour of Gary Hamilton's side.

Peter Campbell edged the ten men in front on 73 minutes with a superbly struck effort from just inside the box into the far corner after the United defence failed to clear their lines.

Then, a couple of minutes after that, Campbell doubled his tally after outpacing the defence to fire across Williamson into the net.

That was how it stayed, although United were also reduced to ten men deep into stoppage time when Millar was shown a second caution following a melee in the centre circle. 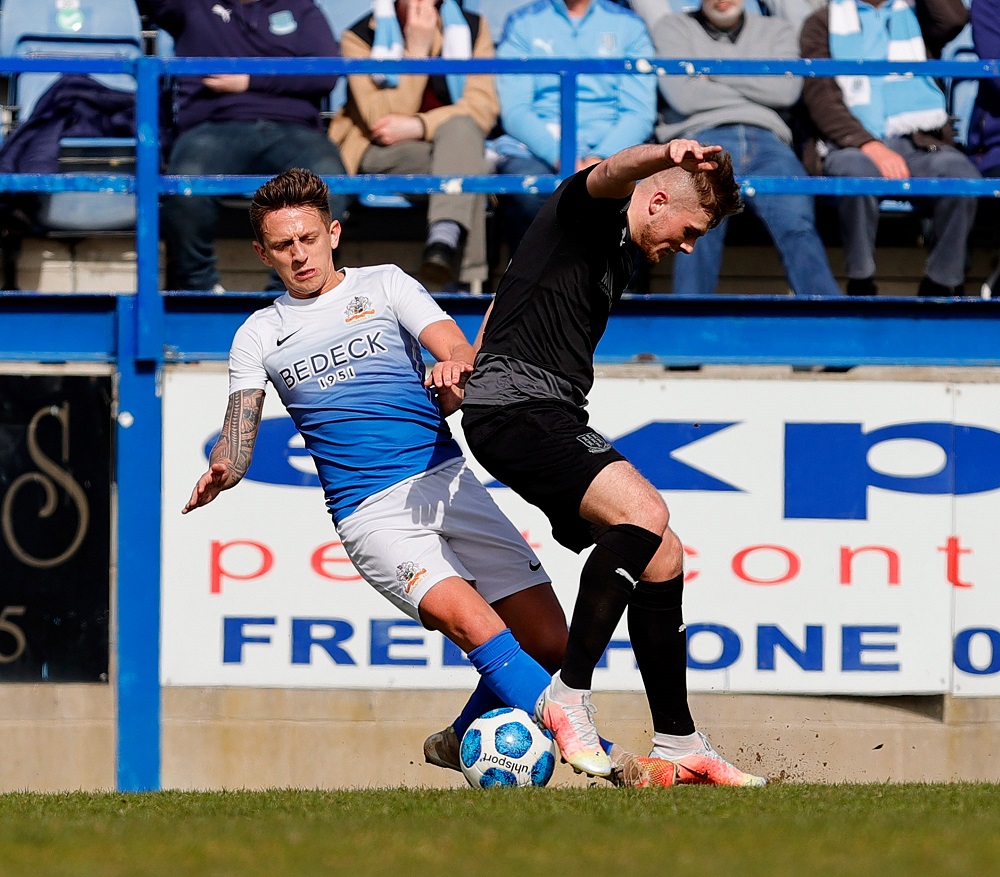 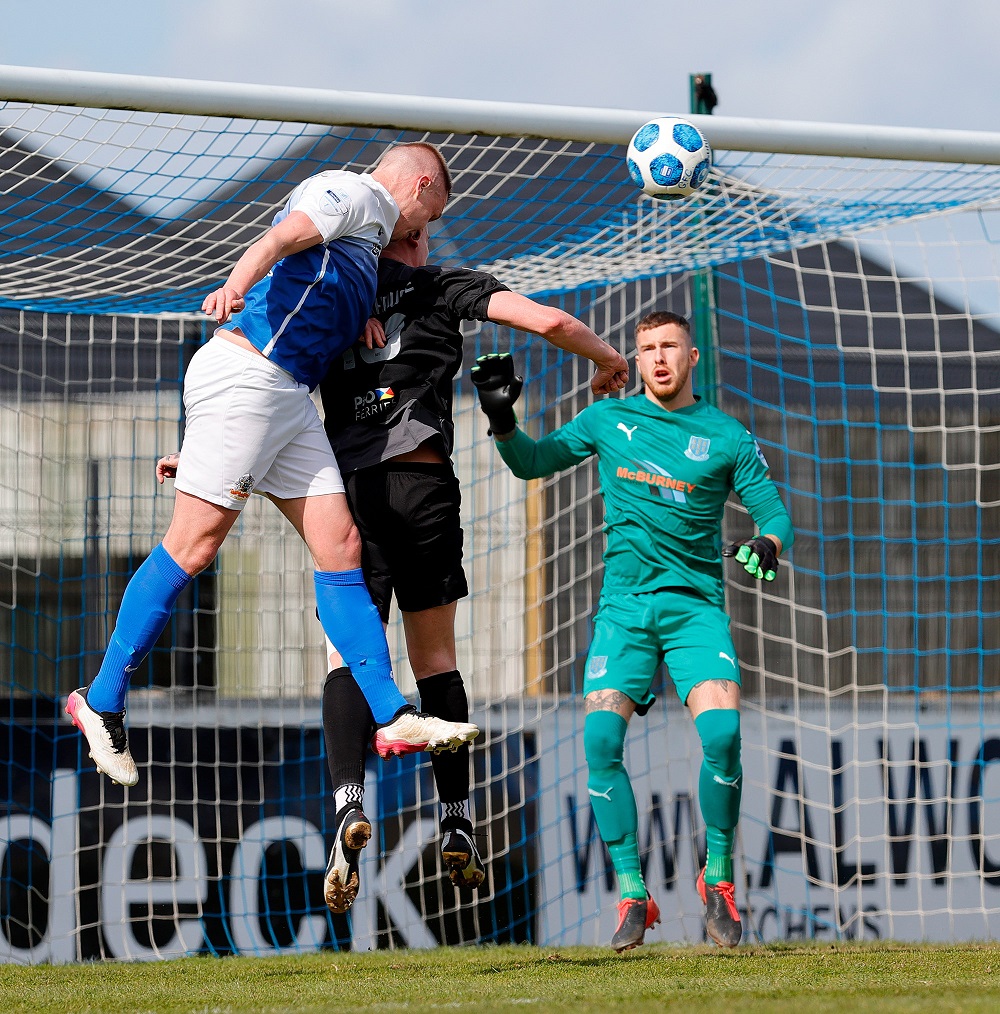 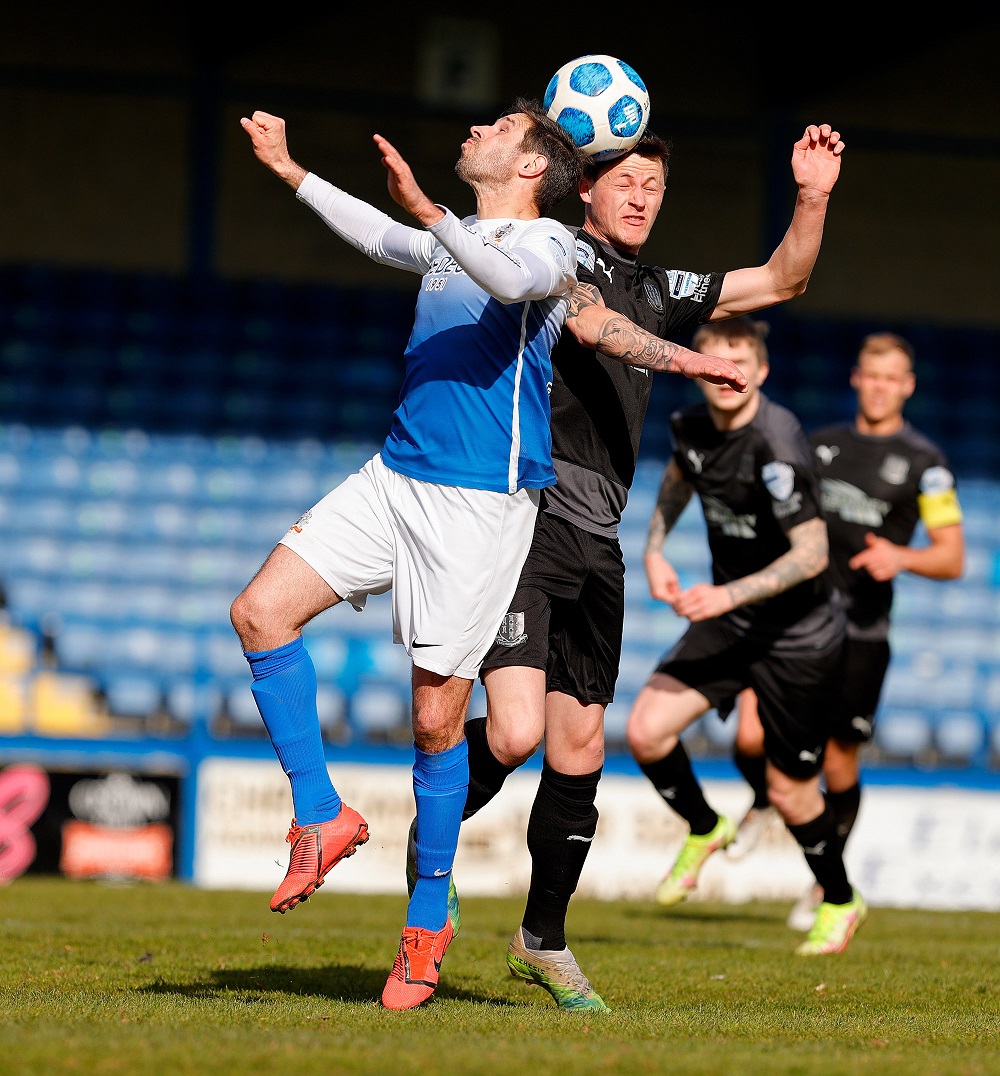 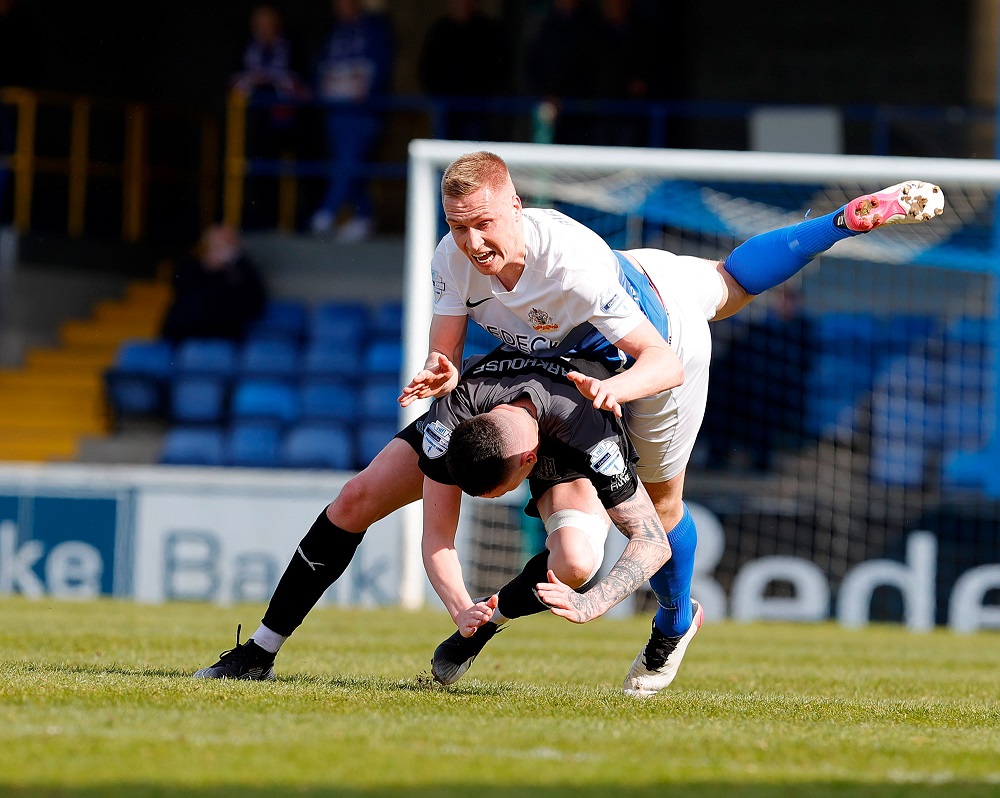 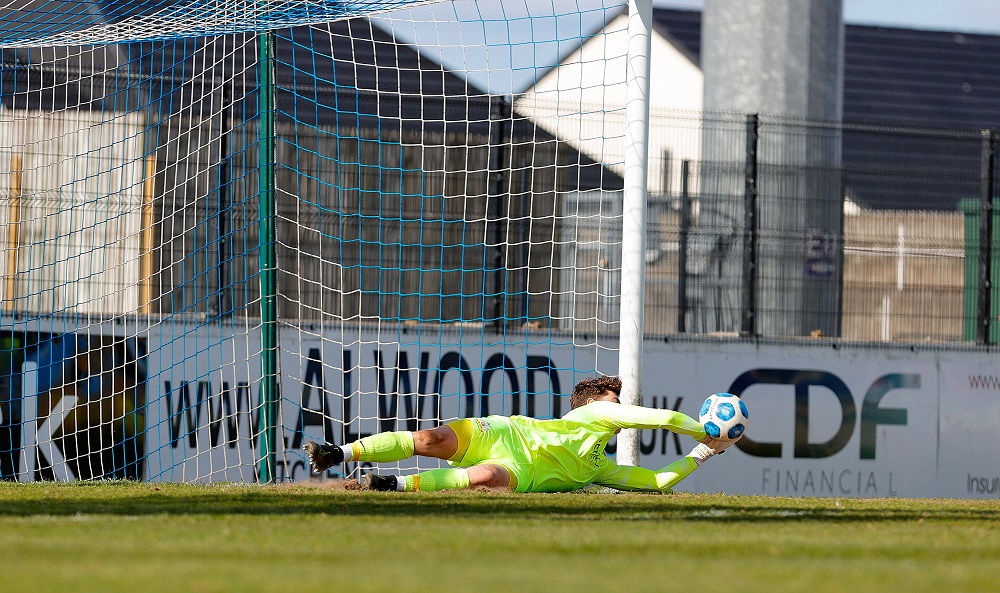 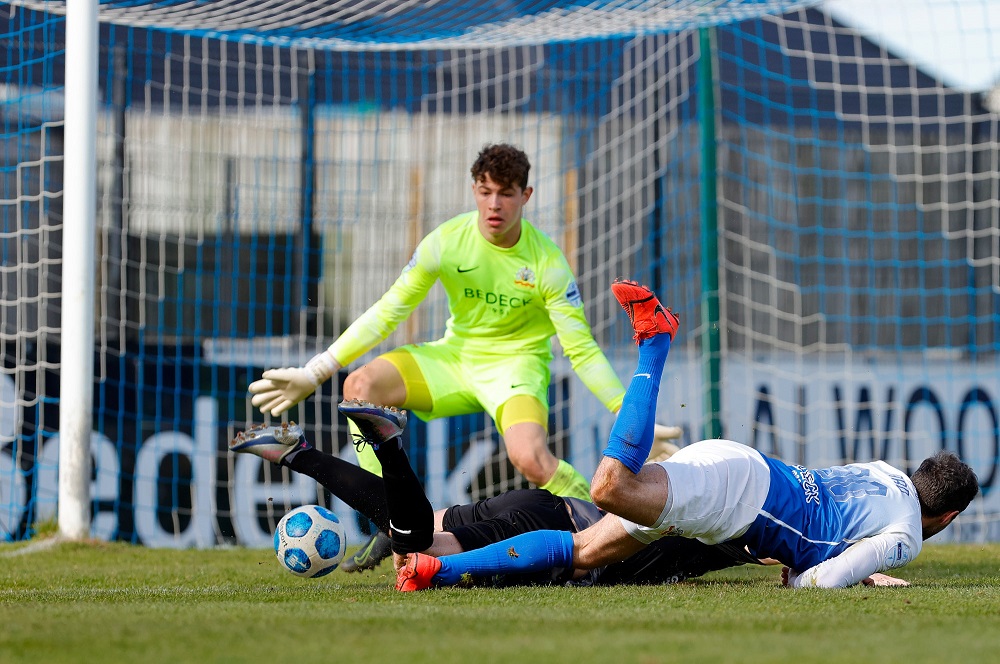