REDS ROAR BACK TO BRING IT DOWN TO THE WIRE

Cliftonville stormed back from two goals down to earn a point away to derby rivals Crusaders and take the title race into the final game of the season.

The Reds enjoyed periods of possession during the opening quarter of the game but couldn't create anything of note in front of goal until midway through the first half when Ryan Curran sent the ball across the face of goal but no-one was there to capitalise.

Colin Coates then had a chance when he got on the end of a Jamie McDonagh free-kick, only to direct his header straight at Jonny Tuffey ... but Coates wasn't to be denied moments later when he opened the scoring with a back post header from Levi Ives' corner.

The Crues attempted to hit back through Ben Kennedy who sent his effort from the edge of the box towards the bottom corner but Luke McNicholas did enough to tip the ball around the post.

Kennedy was involved again not long after that with a ball from the left for Philip Lowry but he popped the ball over the bar.

But the Crues did level on 57 minutes when Billy Joe Burns unleashed a terrific right-footed effort past McNicholas into the top corner.

And Stephen Baxter's side edged in front themselves just six minutes after that courtesy of Kennedy's curling finish into the bottom corner.

Crusaders further extended their lead ten minutes later as Cliftonville's title challenge looked to be crumbling. Kennedy was involved again, this time with a corner sent deep for the unmarked Jordan Forsythe to turn home at the back post.

But the Reds responded within two minutes when a right-sided corner was nodded on for Ryan Curran to sweep home from the left side of the box.

Remarkably Curran struck again five minutes after that to bring Cliftonville right back into it when, once more, the ball was sent from the right for the 28-year-old to smash into the roof of the net. 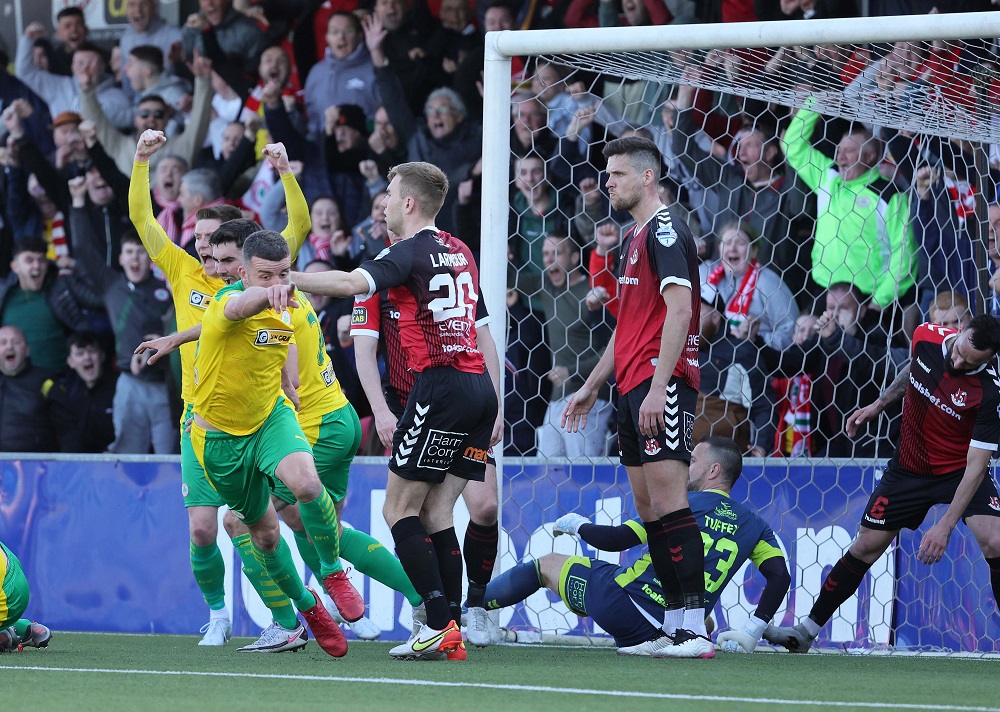 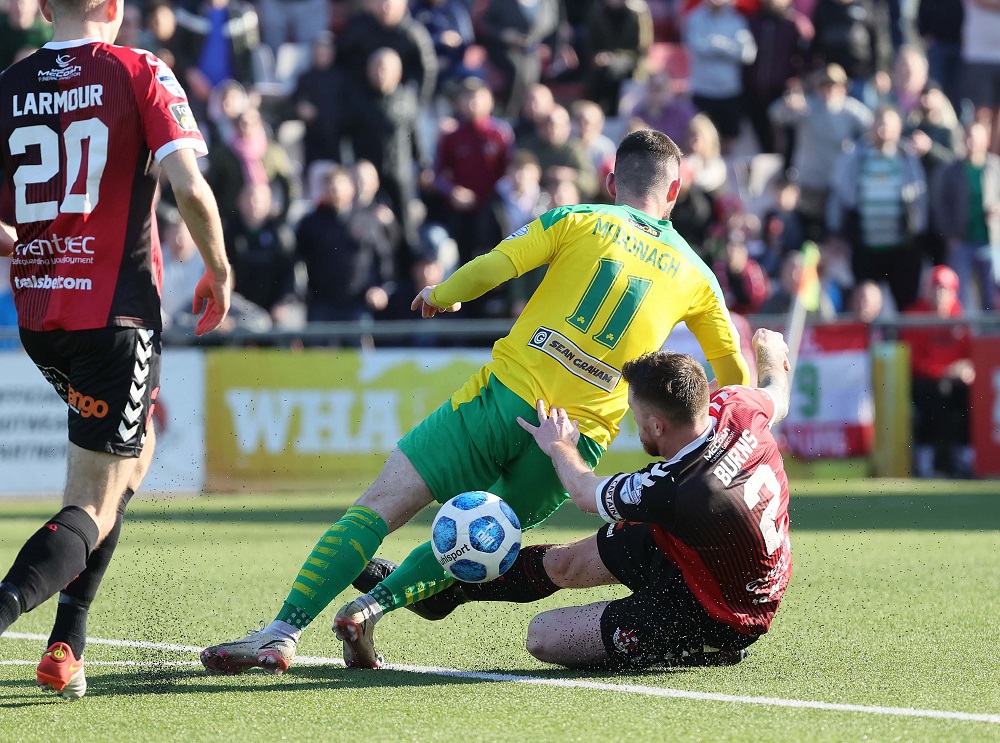 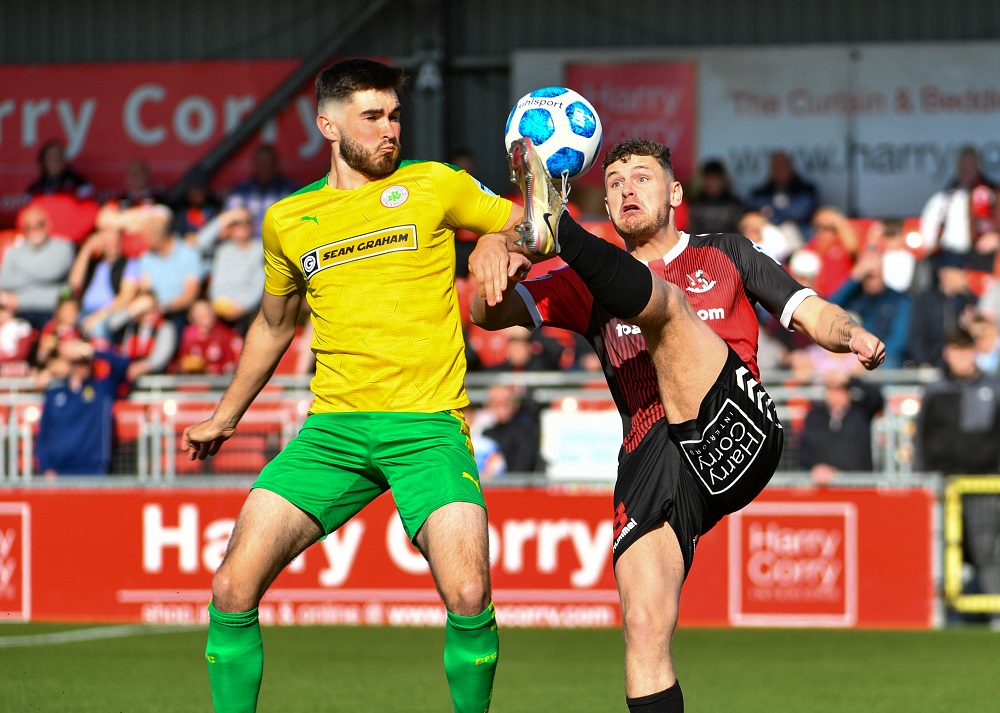 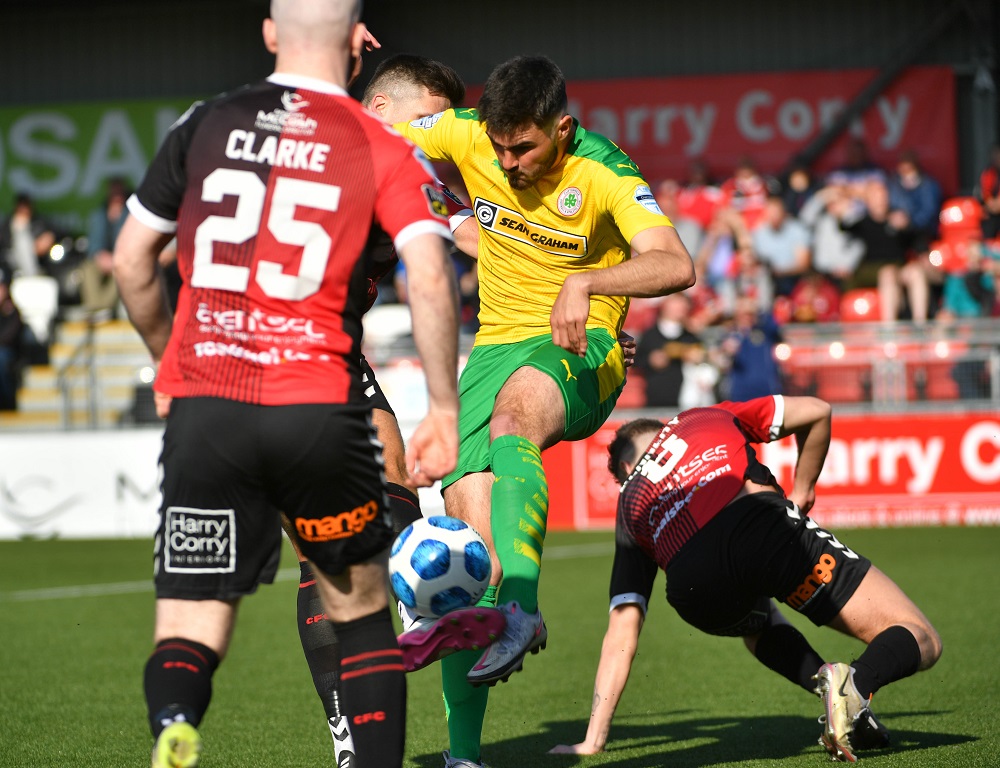 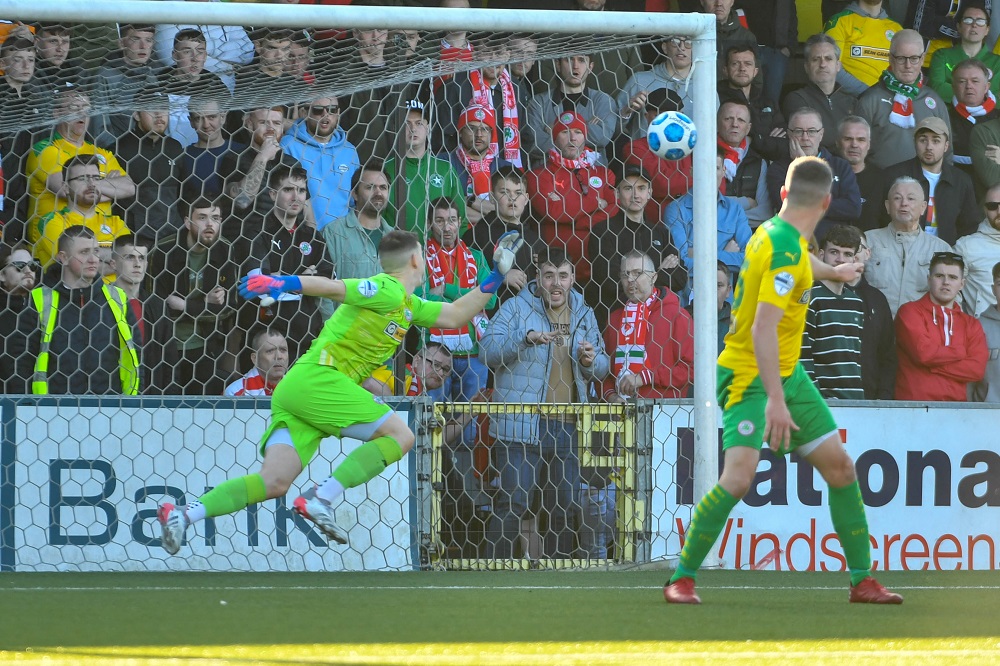 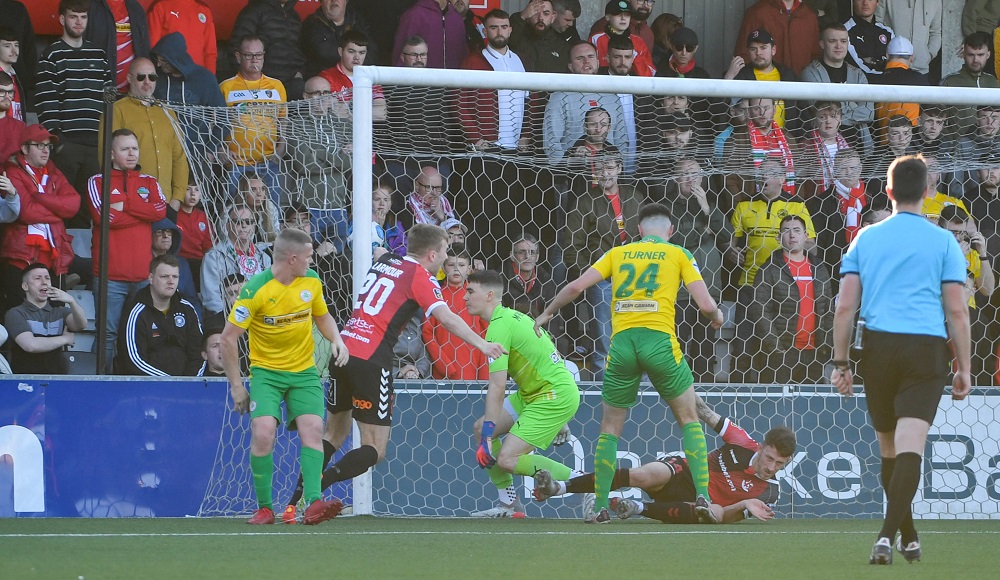