Linfield go into the final game of the season still a point clear at the top following this scoreless draw with Larne at Windsor Park.

A cagey opening to proceedings saw little of note created at either end until around the 16th minute when Eetu Vertainen turned outside the area to test Rohan Ferguson while, at the other end, Mark Randall sent his shot from a throw-in into the side netting.

Later in the first half Ben Hall sent an effort straight at Ferguson from the edge of the area with the Larne keeper saving low to his left.

Randall then threatened again with a 25-yard drive which Chris Johns managed to tip over.

The beginning of the second half was a much more lively affair with Linfield coming close to breaking the deadlock when Hall connected with Niall Quinn's corner only to be thwarted by an excellent stop from Ferguson.

But it continued to be tense a game of few clear cut opportunities.

Indeed, Larne seemed to create the better chances and tested Johns again on 55 minutes when good play from Randall set David McDaid up inside the box but his shot was too close to the keeper.

And McDaid had arguably the best chance of the game with around a quarter-of-an-hour remaining when Ben Doherty pulled the ball back only for the resultant shot to go over from 12 yards.

However, neither the Blues or the visitors managed to find a way through as the minutes ticked down meaning, for Linfield, it will all go down to next week's visit from Coleraine. 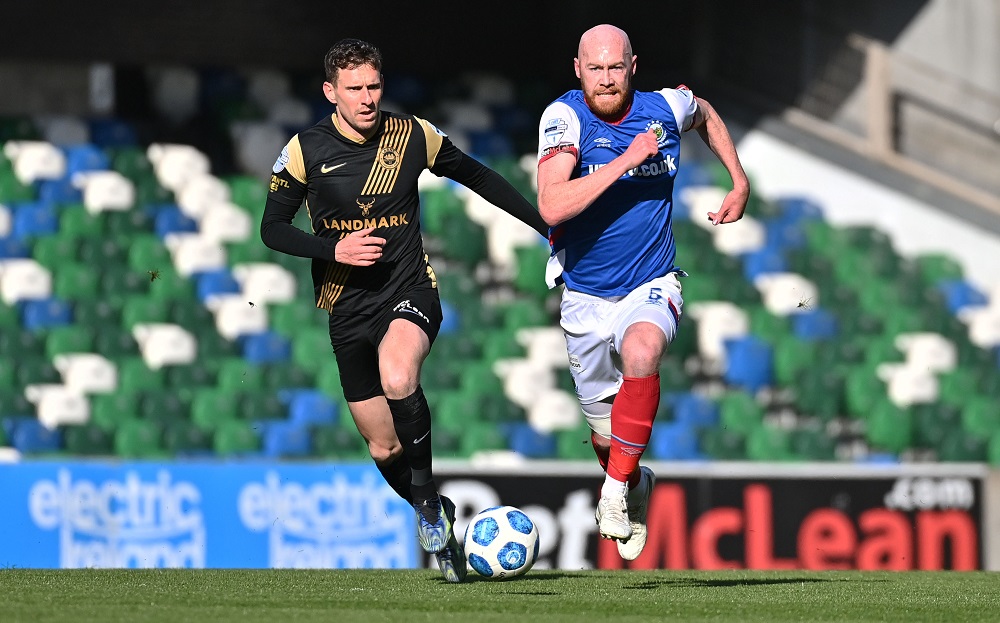 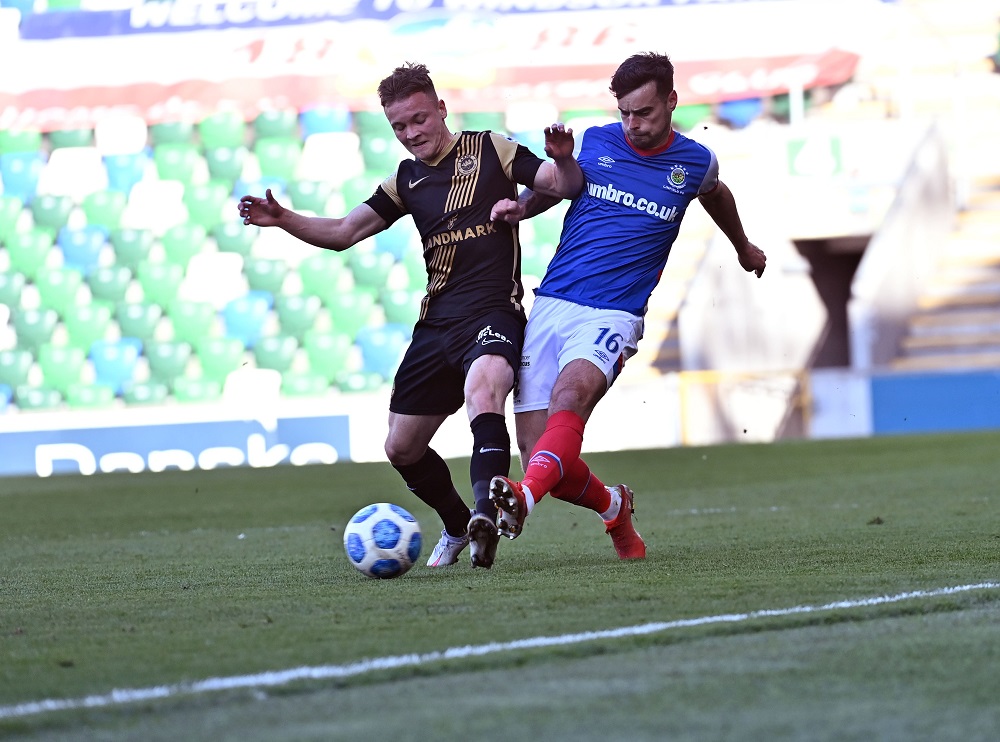 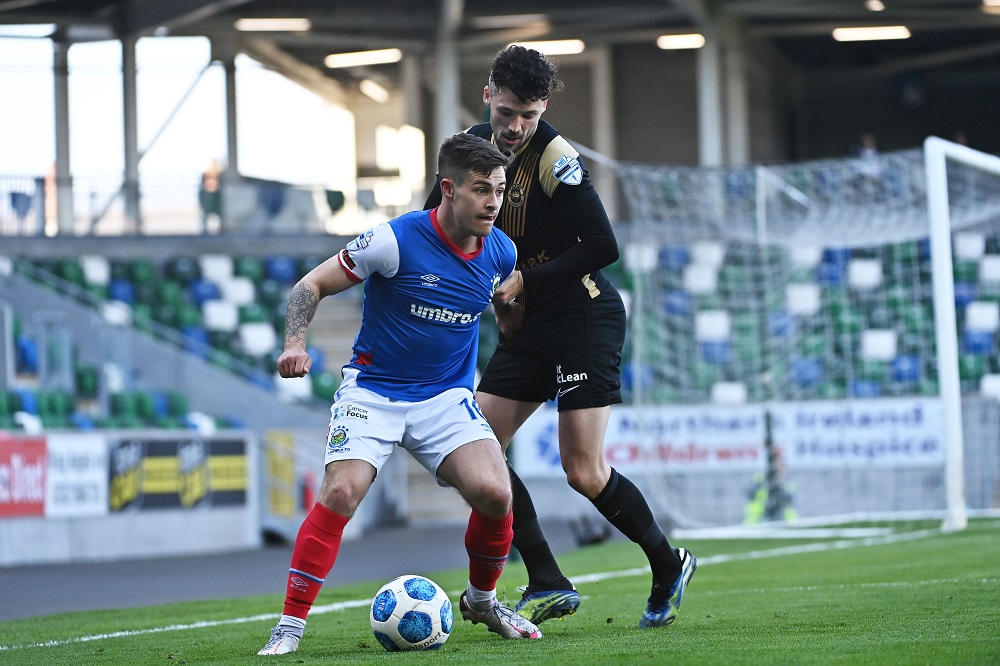 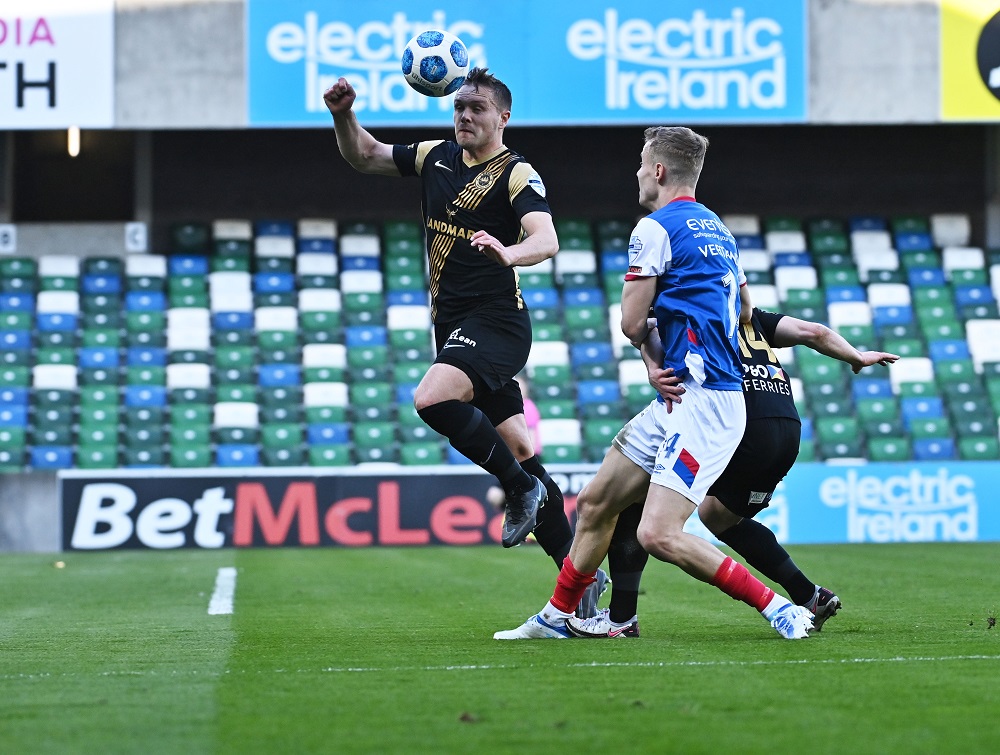 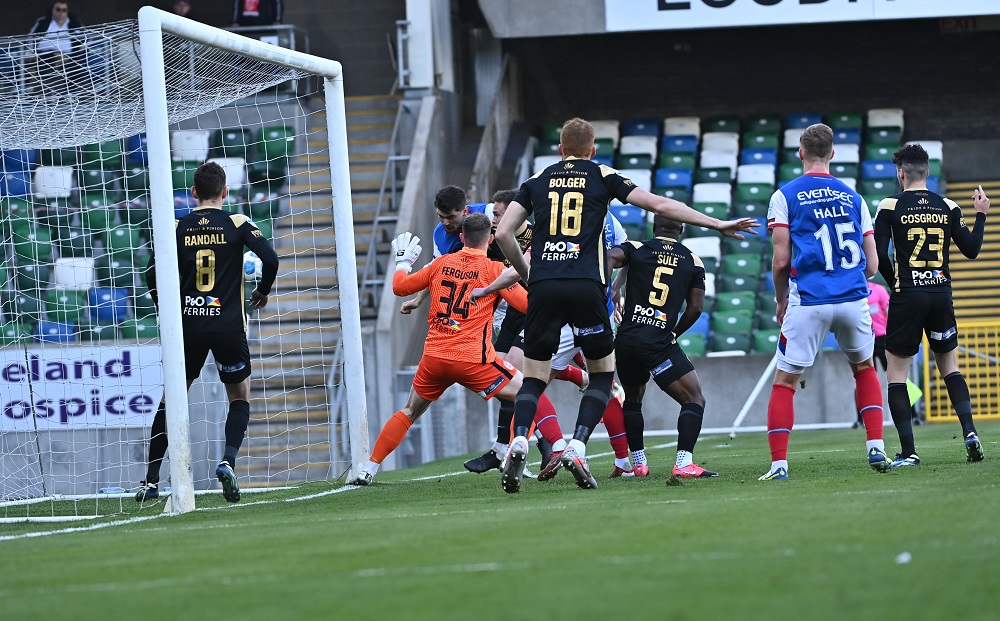 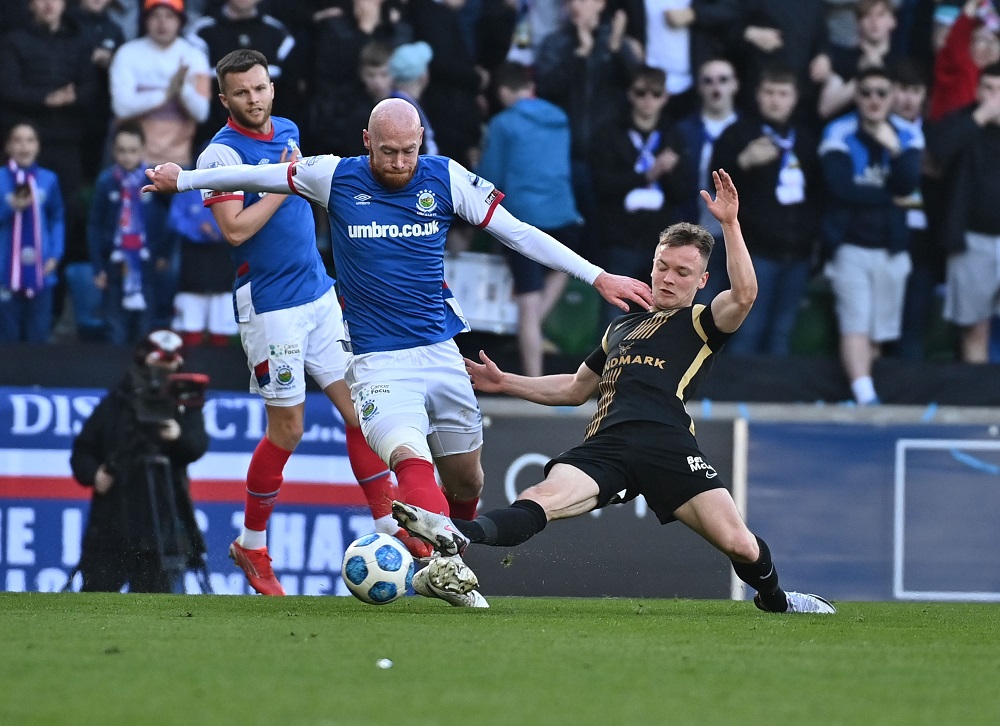