LARNE AND GLENS LIFT THE LID ON NEW SEASON

Larne and Glentoran kicked the new Danske Bank Premiership season off with a scoreless draw at Inver Park.

The first effort of note was created with just over five minutes on the clock when Aidan Wilson got a touch to thwart Ben Doherty and, from the resultant corner, Lee Bonis was unable to convert from close range.

Doherty threatened again not long after with a 30-yard left-foot drive but Aaron McCarey did well to turn the ball away while, at the other end, Conor McMenamin sent an effort wide.

McCarey was called into action again just after the half-hour mark to deal with a Tomas Cosgrove ball from the right, and again not long after that to tip another Cosgrove attempt over the top.

The visitors had a big chance not long into the second half but Jay Donnelly's left-foot shot was well stopped by Rohan Ferguson's dive to his right.

For Larne Leroy Millar crossed from the left for Bonis but his header was directed off target before, a few minutes after that, O'Neill drilled an effort from the right over the top.

Both sides had opportunities to seal the points in stoppage time.

A Doherty corner almost found it's way into the net off Larne skipper Jeff Hughes while, for Glentoran, Ruaidhri Donnelly rifled in an effort from distance but Ferguson comfortably dealt with the danger. 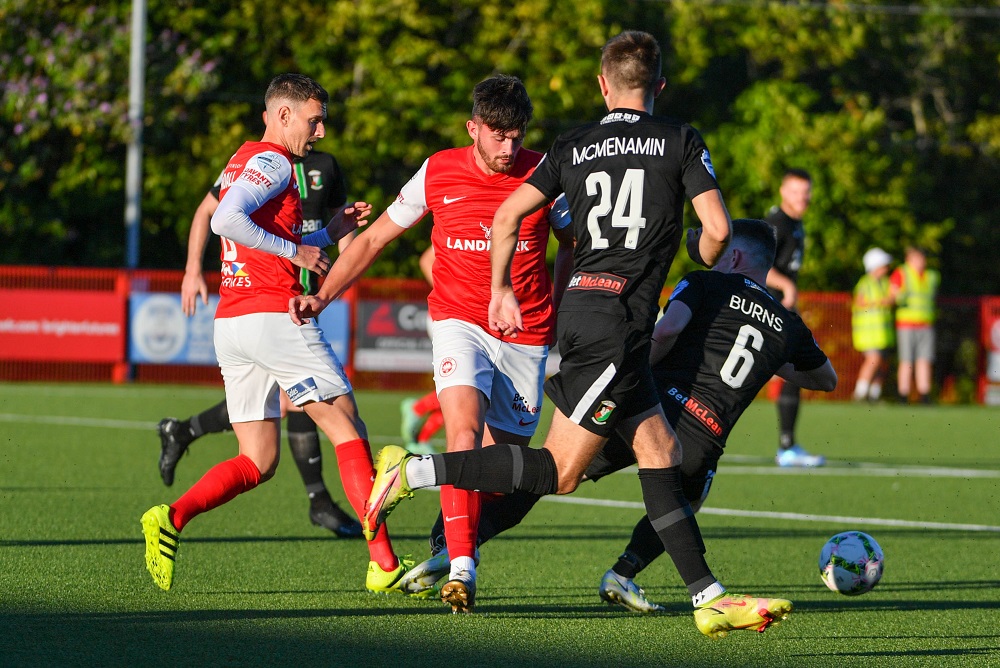 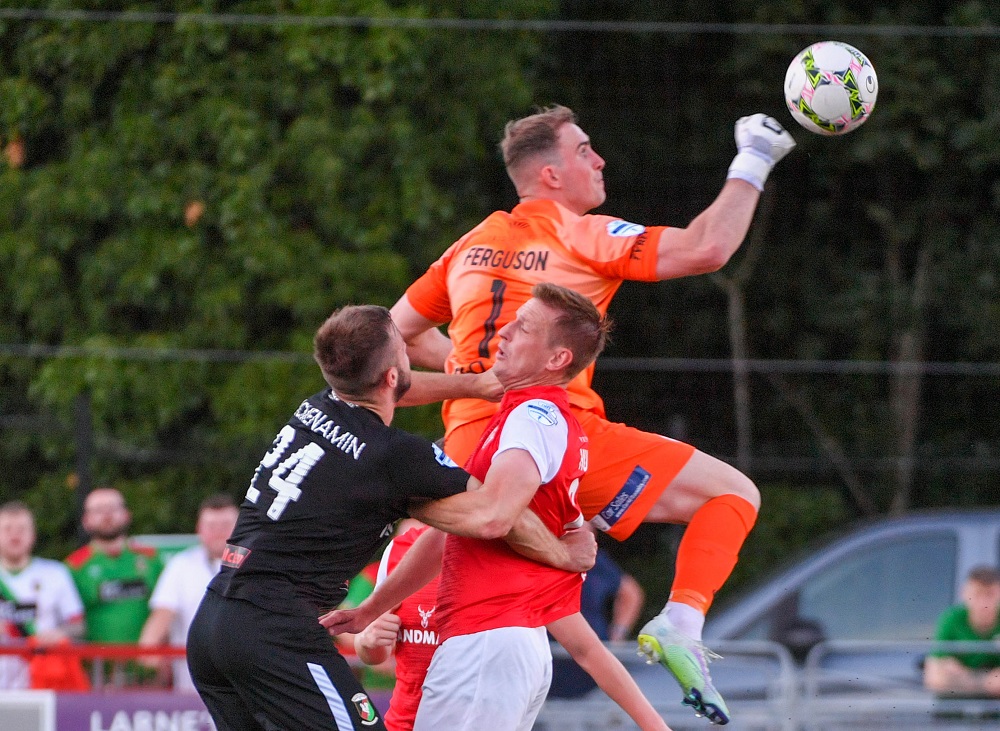 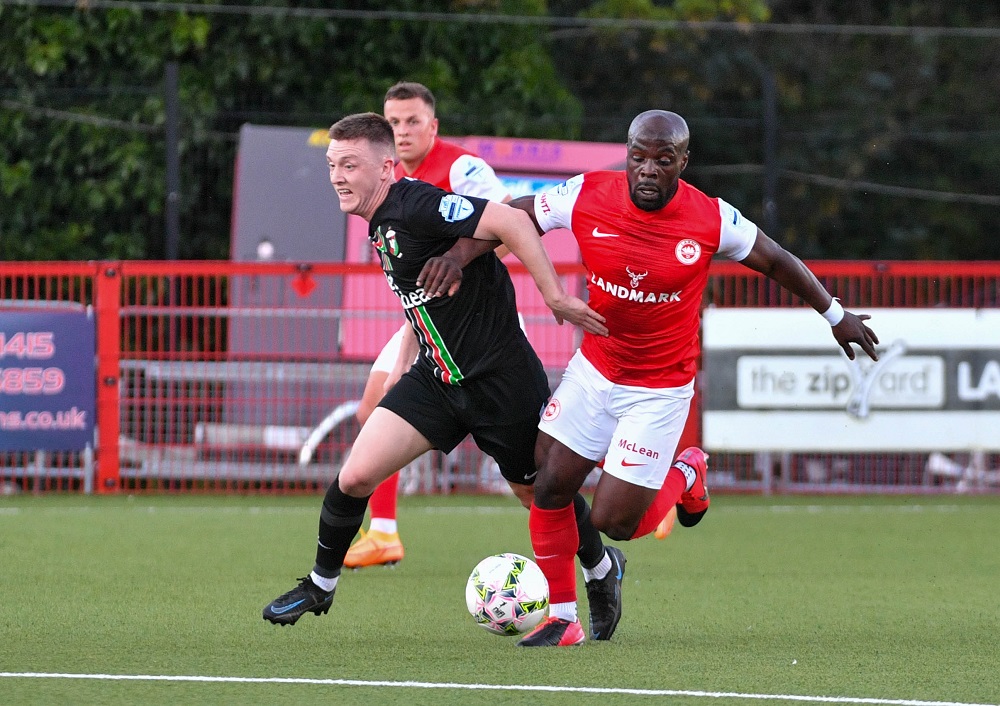 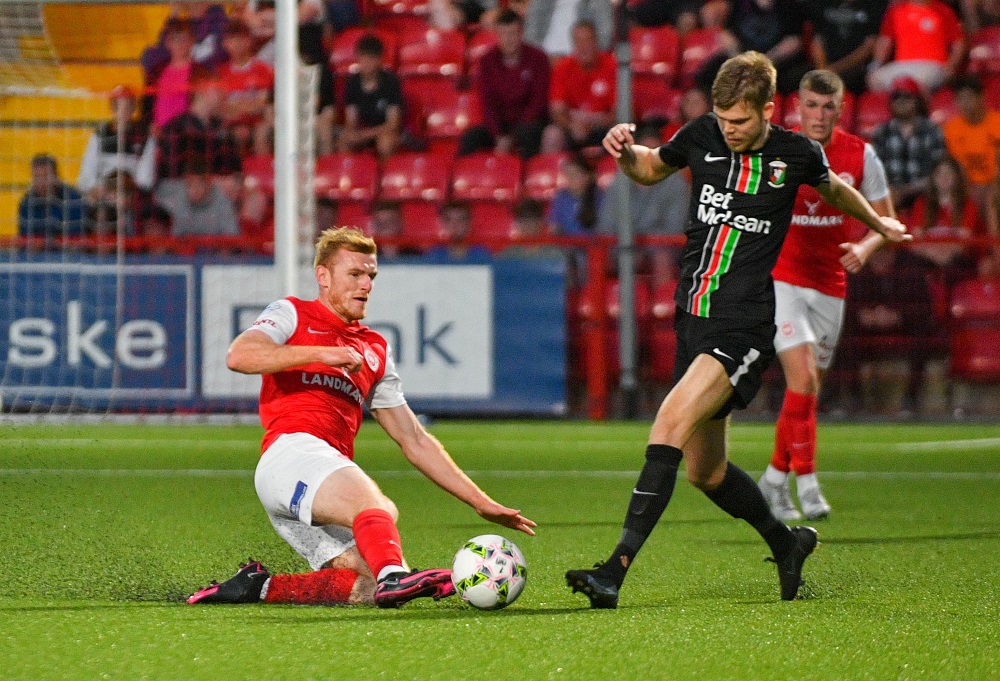 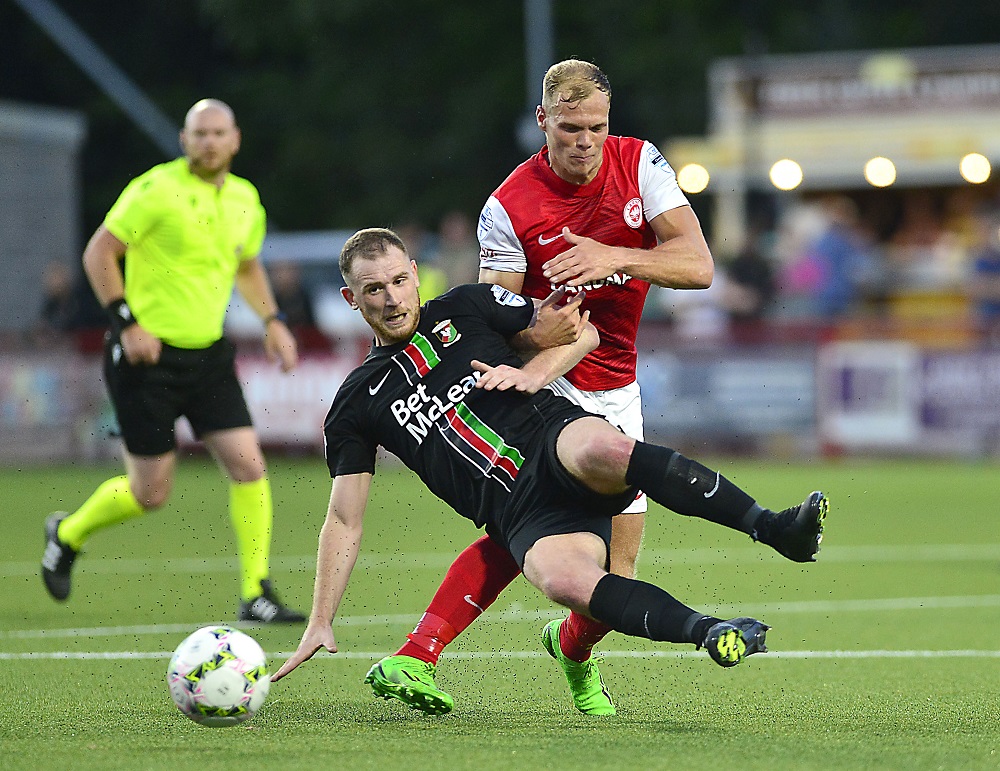