Larne laid down a huge marker of intent in the title race with a 4-2 win over champions Linfield at Windsor Park.

Tiernan Lynch's side raced into an early lead when, on four minutes, Ben Doherty converted from the spot after Kirk Millar had conceded the penalty following a foul on Lee Bonis.

Remarkably, Larne doubled their advantage just three minutes after that when Bonis laid the ball across the area for Paul O'Neill to fire home from 12 yards.

Linfield pulled a goal back three minutes from the break through Cameron Palmer who connected with Millar's ball from the right to guide a first time effort past Rohan Ferguson.

Spurred on by this, the Blues might have levelled early in the second half but Joel Cooper's strike from outside the box could only hit the crossbar.

But Larne restored their two goal cushion on the hour after Jeff Hughes whipped in a cross from the left for Bonis to knock home at the back post.

Then, ten minutes after that, Leroy Millar made sure of the points from close range after Doherty had crossed low into the box.

Ethan Devine reduced the deficit with a free-kick from just outside the box late on but it was little more than a consolation for David Healy's men. 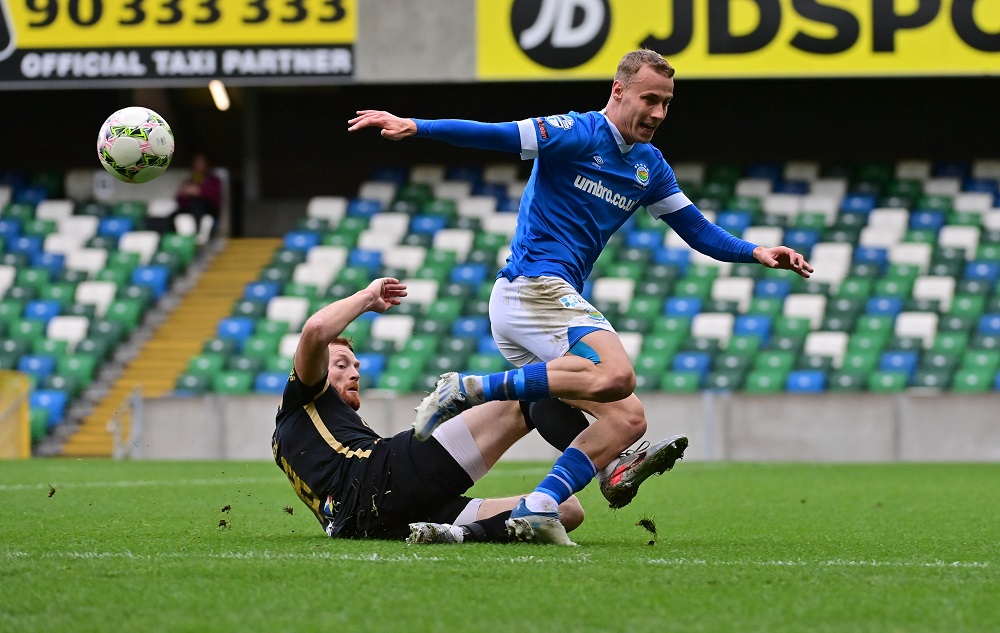 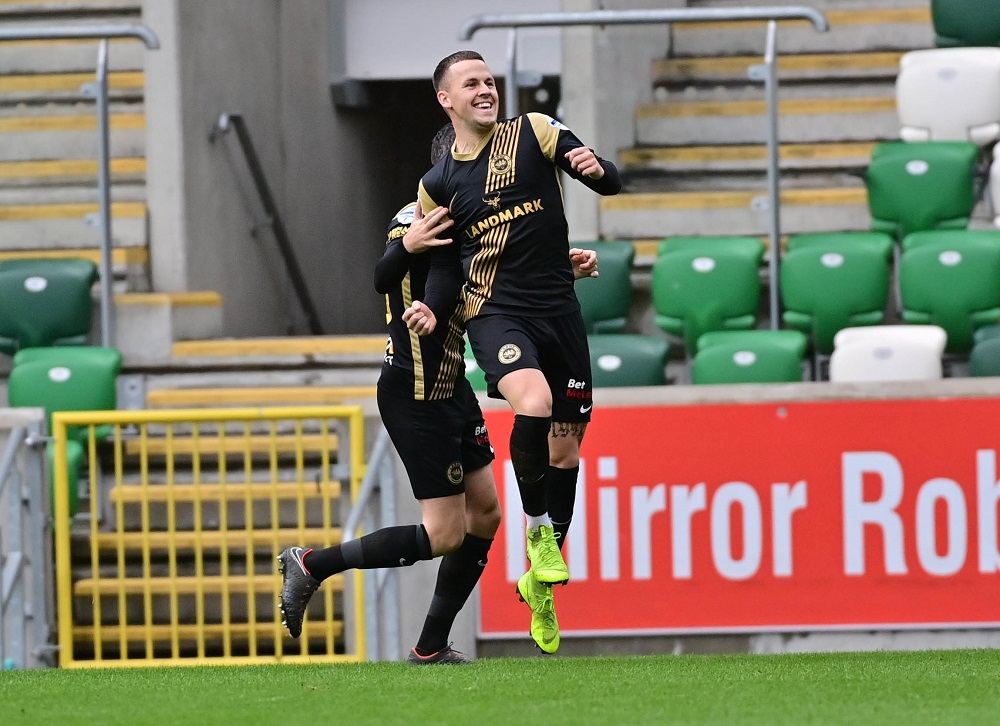 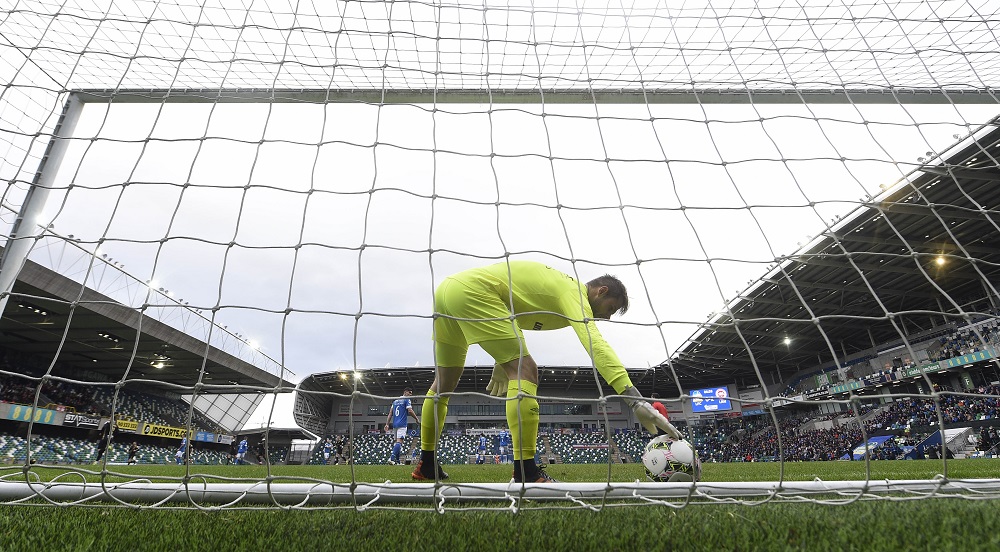 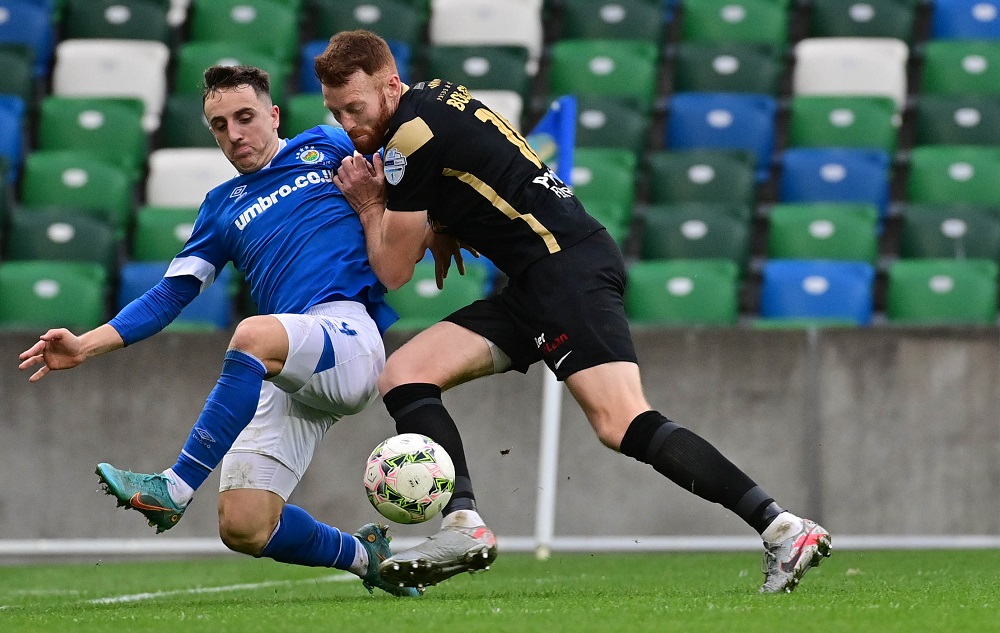 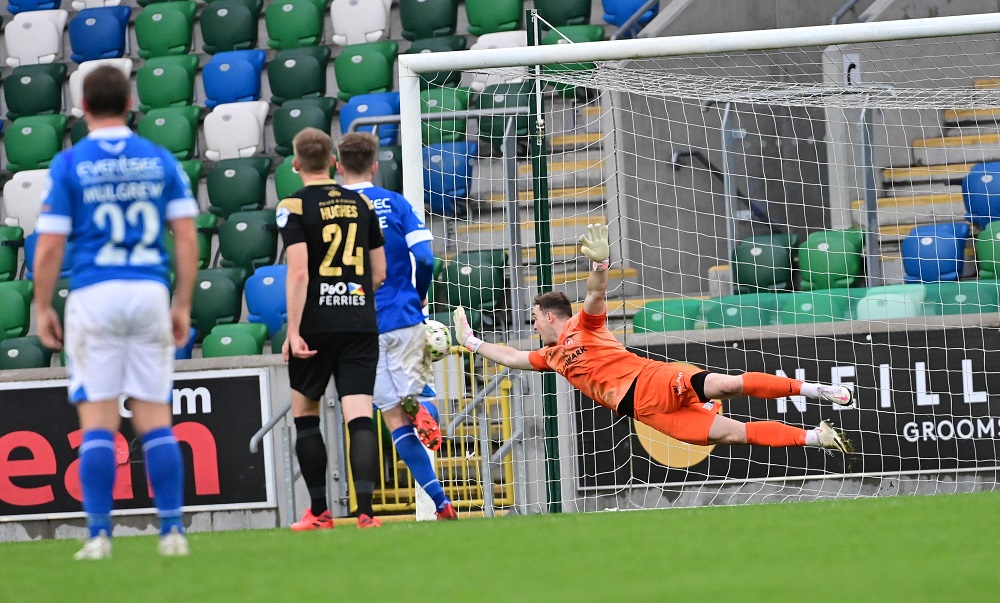 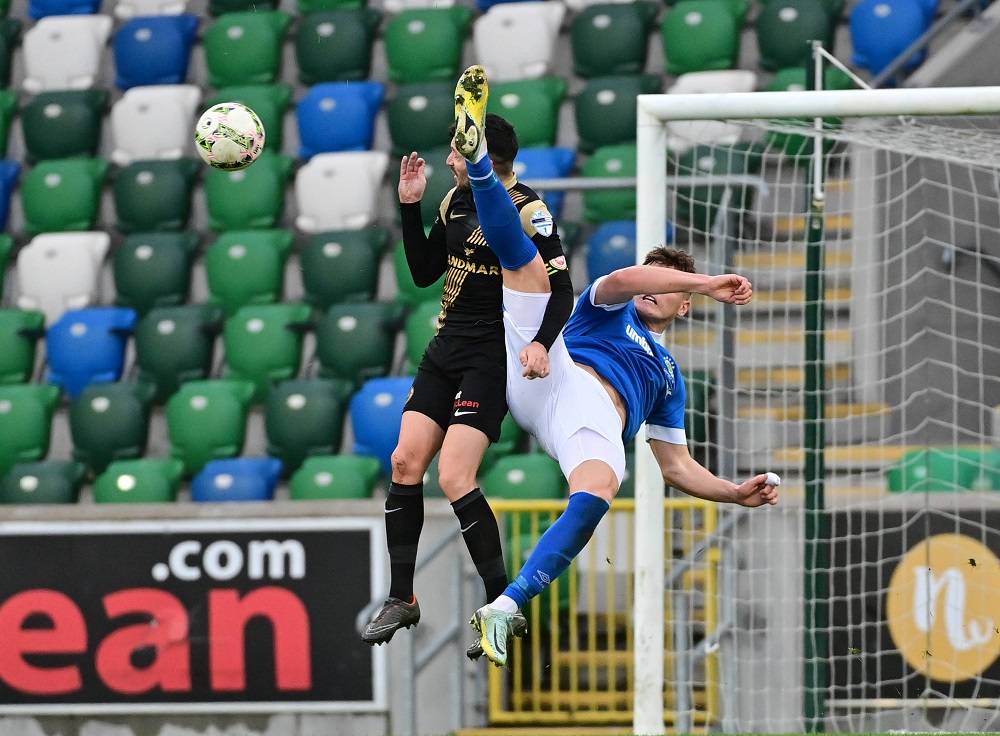