Ballymena United hit three goals without reply past Newry City to record an important victory at The Showgrounds.

Both sides had their chances during the opening phase of the first half with David McDaid sending an effort over for United after an attack down the left while, for Newry, a Thomas Lockhart shot from distance was also too high.

The deadlock was broken on 19 minutes. Emmanuel Omrore was penalised for bringing down Jordan Gibson inside the area and, from the resultant spot-kick, Mikey Place stepped up to fire low and hard into the bottom left corner.

Newry might have levelled 20 minutes after that, however, but Declan Carville was unlucky when his effort thundered off the crossbar.

However, the Sky Blues doubled their lead on 52 minutes with a superb finish from Jordan Gibson who unleashed a superb 25-yard drive into the top right corner.

But Newry responded positively, almost pulling a goal back moments later when Lorcan Forde's shot from the edge of the area sailed narrowly wide of the left post.

David Jeffrey's side made sure of the points a couple of minutes from the end after Josh Kelly played through a great ball for McDaid to side foot United's third into the net. 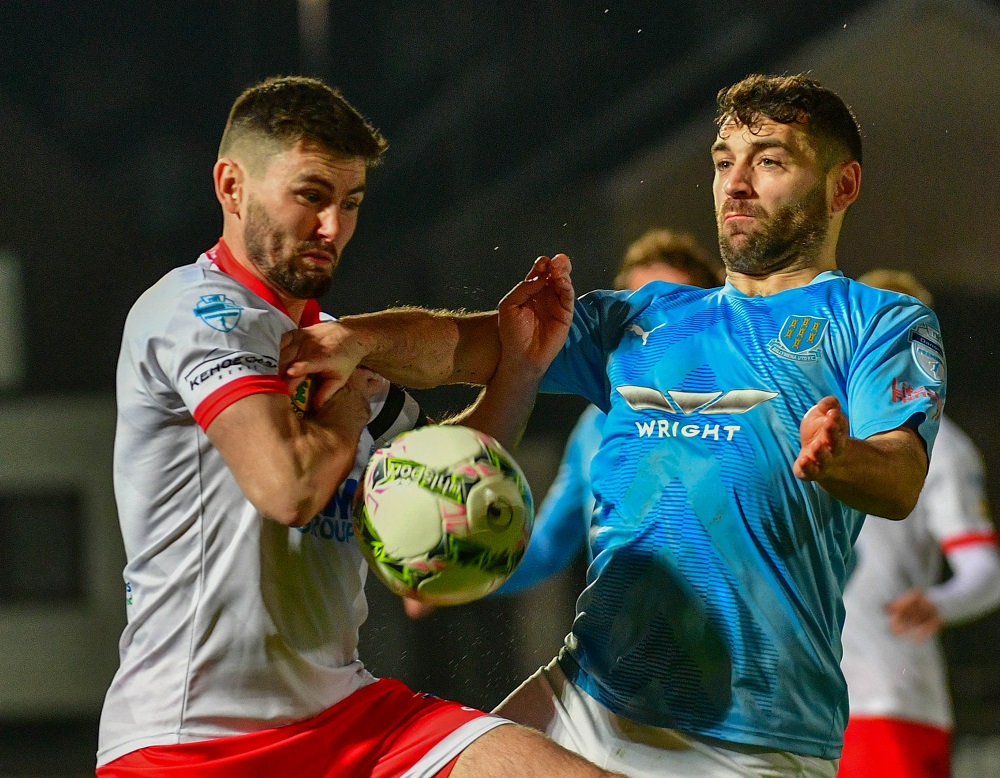 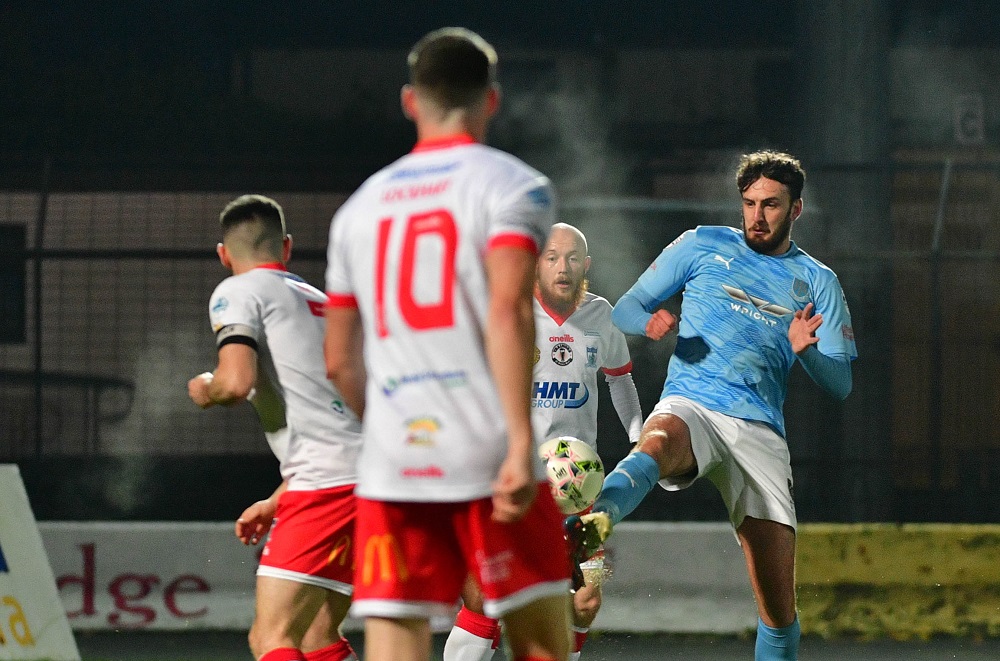 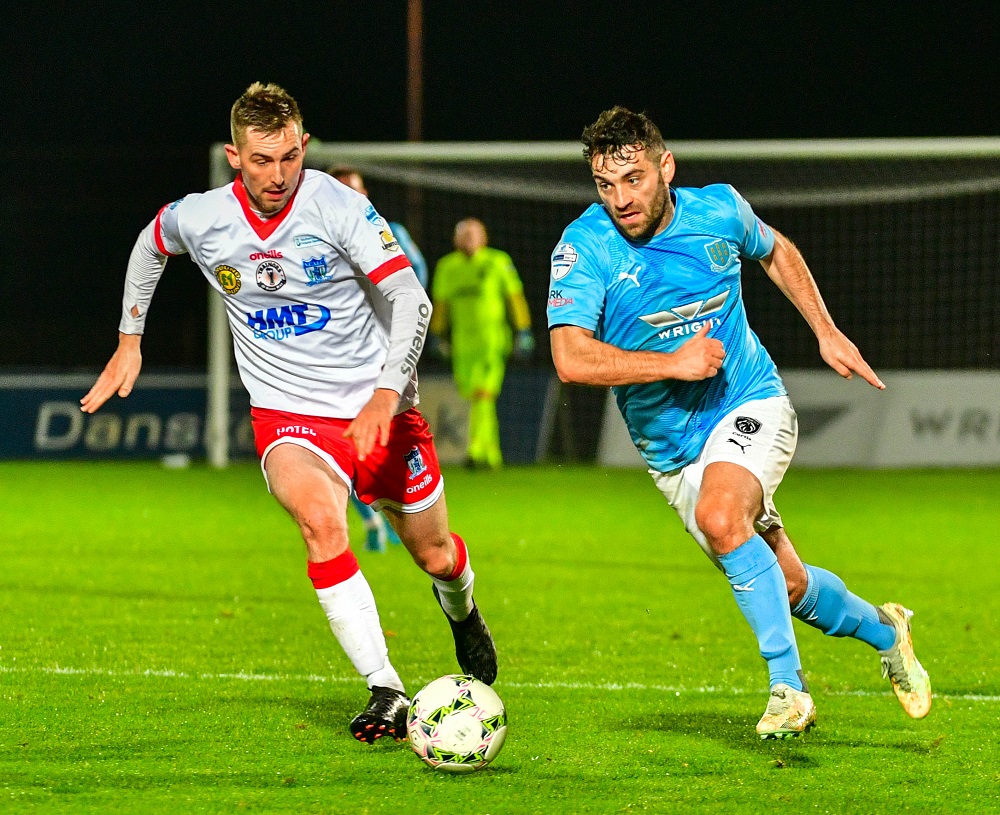 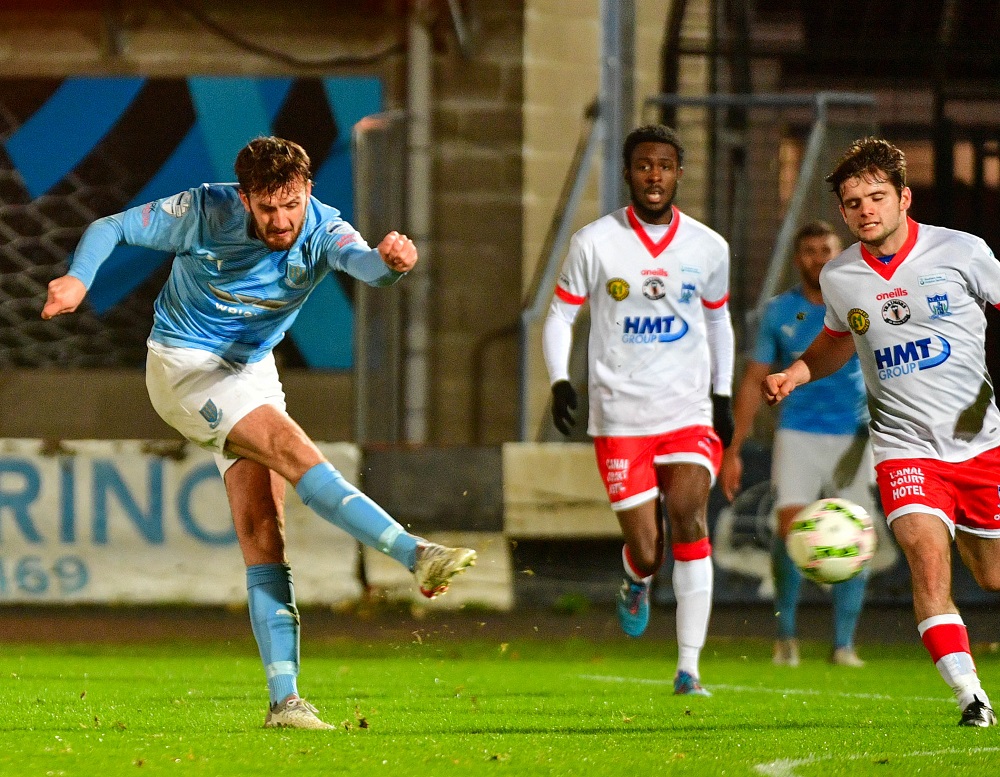 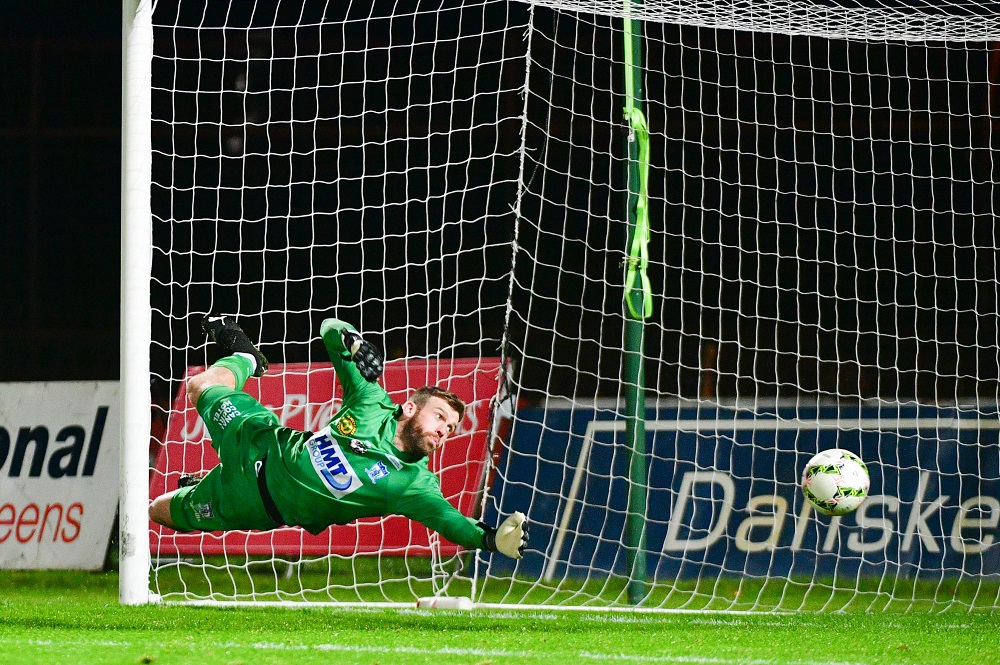 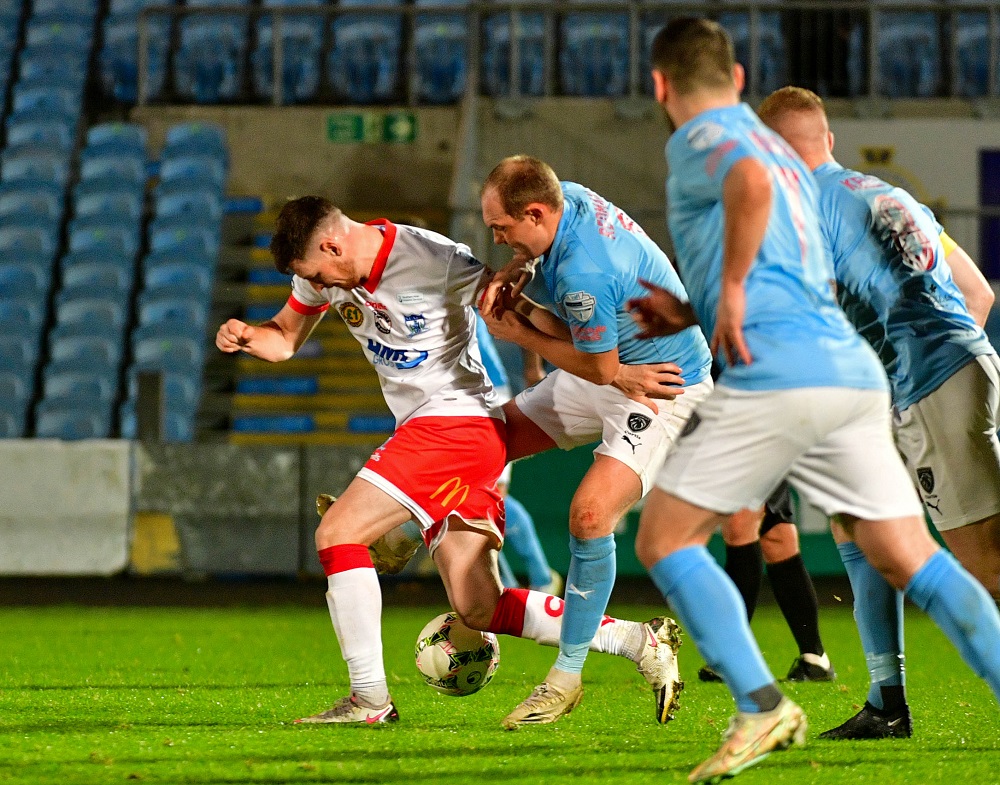