Linfield hit two goals without reply past Ballymena United at The Showgrounds to move into fourth spot.

The home side started the brighter, enjoying a number of half chances during the opening exchanges and coming close through David McDaid with an effort from just inside the box which fell just the wrong side of the right post.

But the deadlock was broken just before the half-hour mark in favour of visitors Linfield after Jimmy Callacher nodded the ball into the path of Chris McKee who found the net from close range.

And the Blues might have doubled their advantage a short time later when Robbie McDaid sent a header just wide of the target from a Kirk Millar corner.

Number two did arrive on 51 minutes, however, when another Millar corner was touched home from the edge of the six yard box by Callacher.

To their credit, the Sky Blues didn't give up in an attempt to salvage something from the game.

McDaid found himself through on goal but a heavy touch allowed Chris Johns to save before a Conor Keeley header dropped just off target a little while later.

Substitute Kenny Kane then sent the ball into the side netting, McDaid had a go from 20 yards and Kym Nelson volleyed over.

Linfield almost had a third in the closing minutes. Jamie Mulgrew was brought down by keeper Sean O'Neill as he burst into the area but, from the subsequent penalty, Chris Shields was unlucky as the ball bounced off both posts before being cleared. 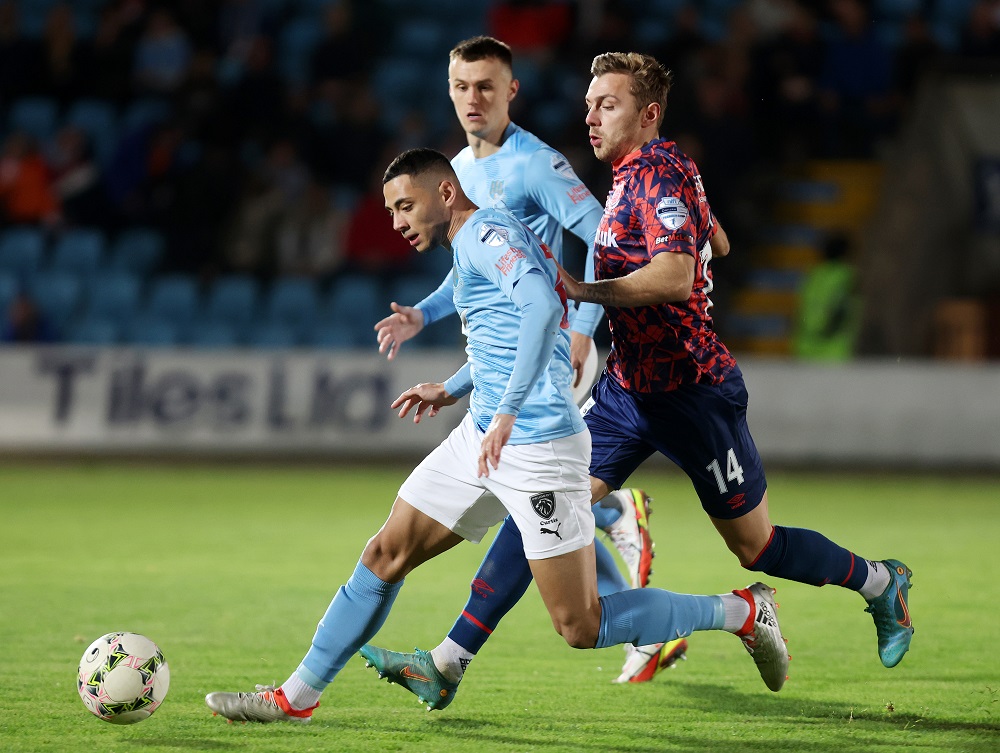 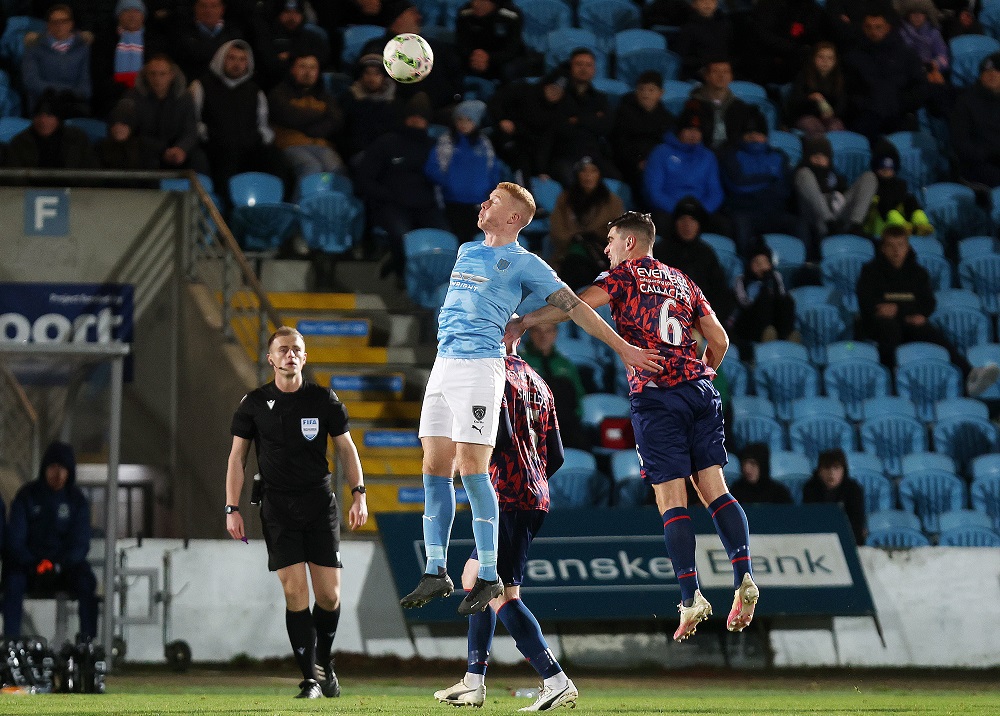 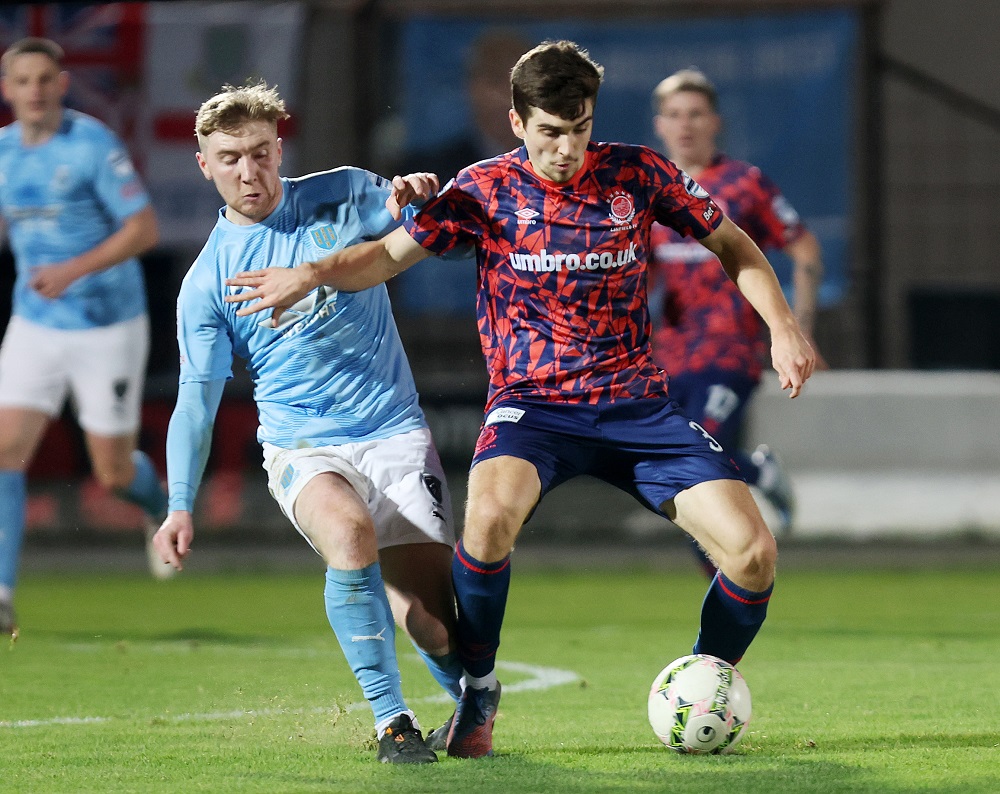 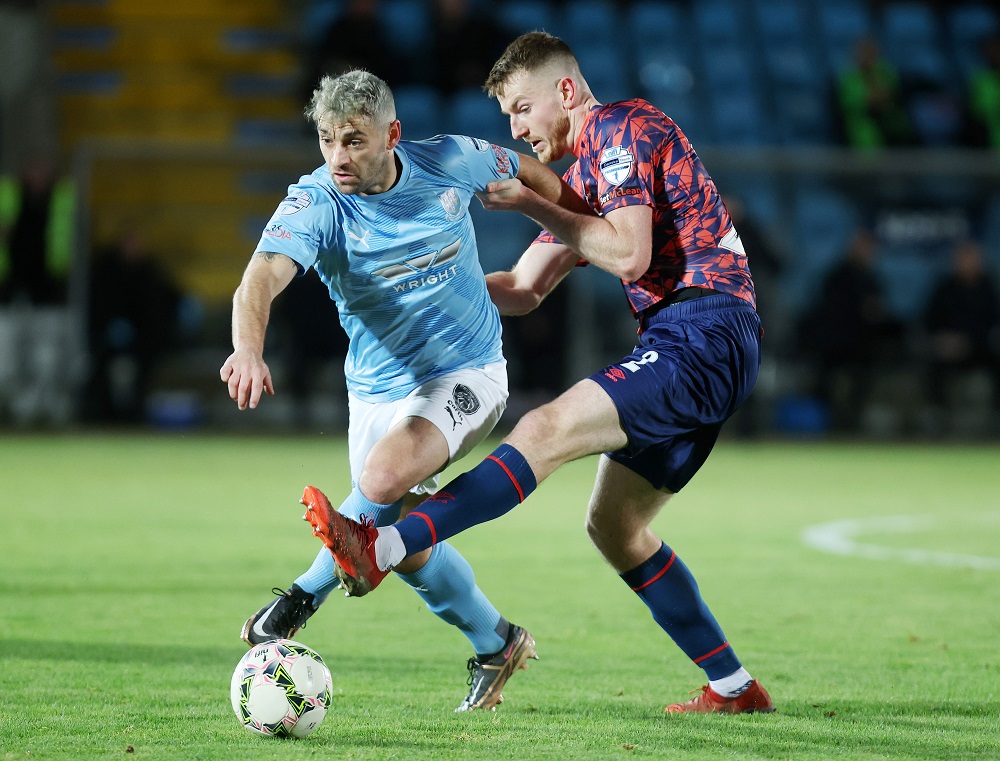 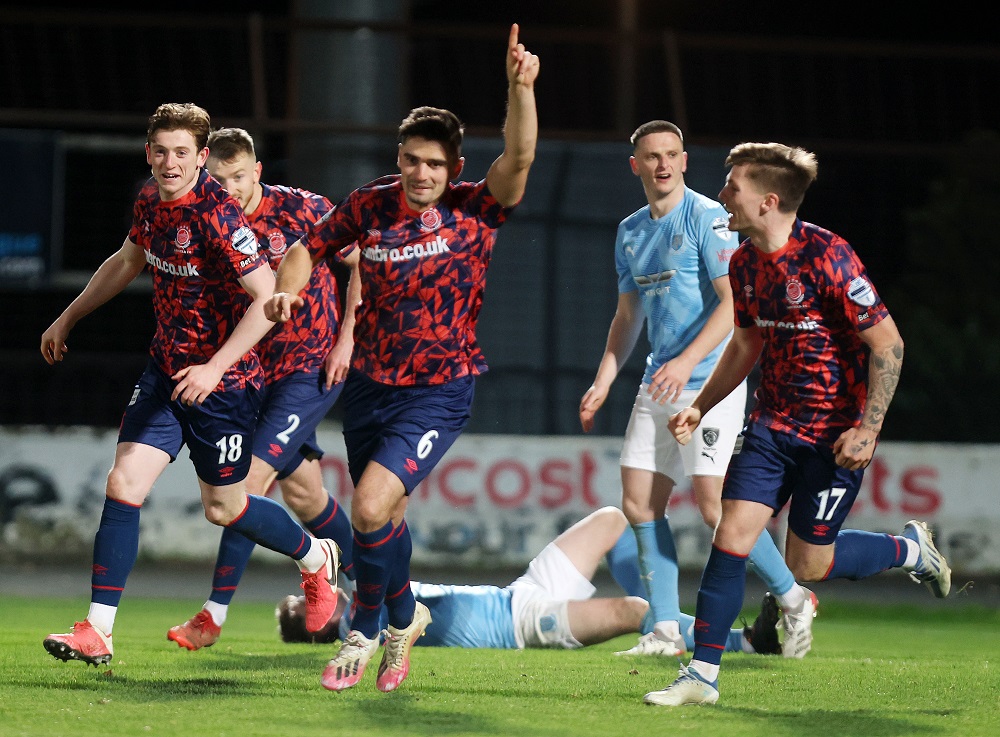 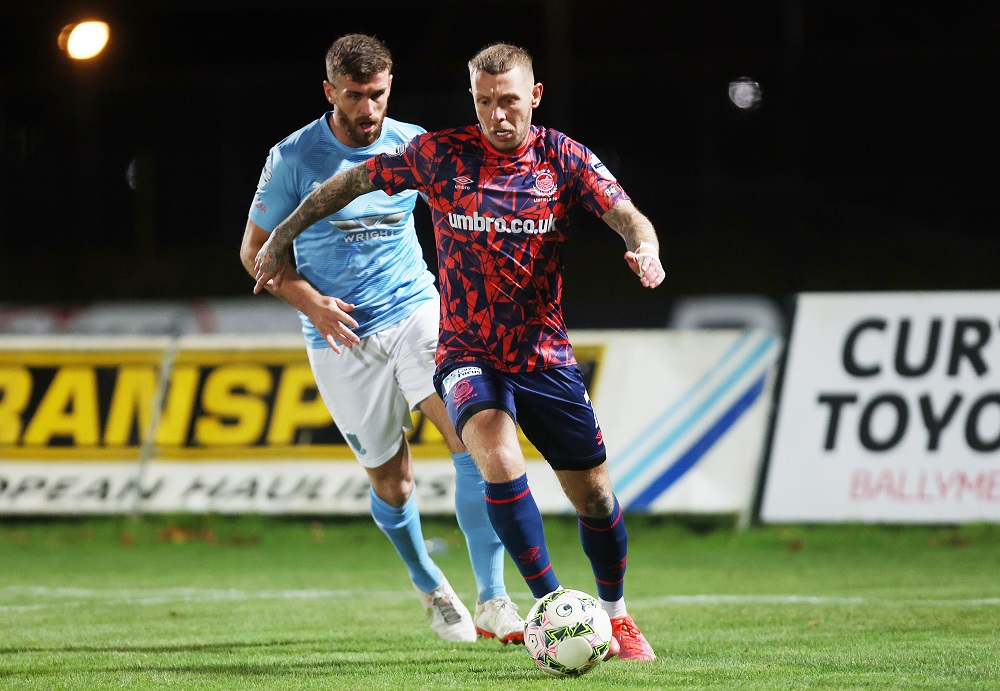