A Ryan Curran goal early in the game handed Cliftonville victory over Glentoran in the big Super Sunday clash at the BetMcLean Oval.

Curran needed just eight minutes to bag what proved to be the winner after he connected with a Rory Hale corner to send a stunning volley past Aaron McCarey from just inside the box.

Glentoran looked to level soon after when Jay Donnelly worked his way into a dangerous position only to fire just past the right post while moments later at the other end a Jamie Robinson header suffered a similar fate.

Cliftonville continued to press, coming close with a Ronan Hale free-kick just over, and then Rory Hale sending another effort too high.

But the Glens might have levelled just before the break after Jay Donnelly pounced on a Robinson mistake only to be thwarted by Nathan Gartside's diving save.

The second half was a much quieter affair, but the visitors might have doubled their advantage when Ronan Doherty rattled the crossbar with a first time effort after connecting with Curran's flick.

Glentoran were dealt a blow with just over a quarter-of-an-hour remaining when Shay McCartan was shown a straight red card for a tackle on Rory Hale.

Despite this, Mick McDermott's side might well have snatched a point through Marcus Kane's overhead kick from close range, and then Terry Devlin who missed converting a Kane cross to the back post. 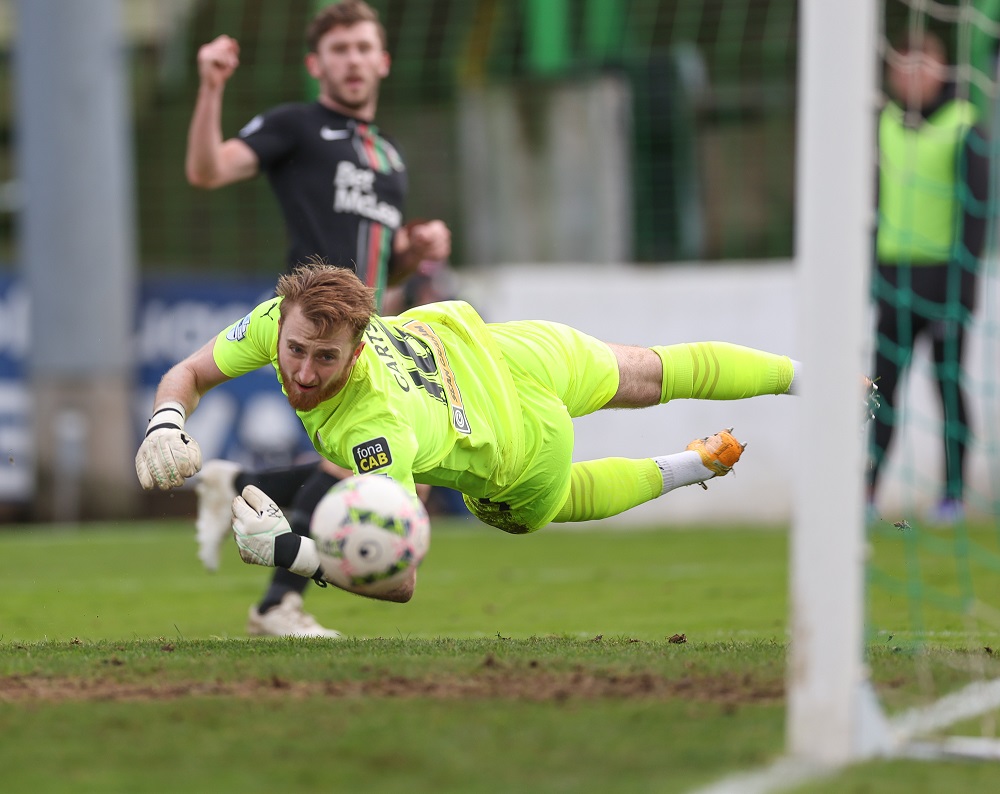 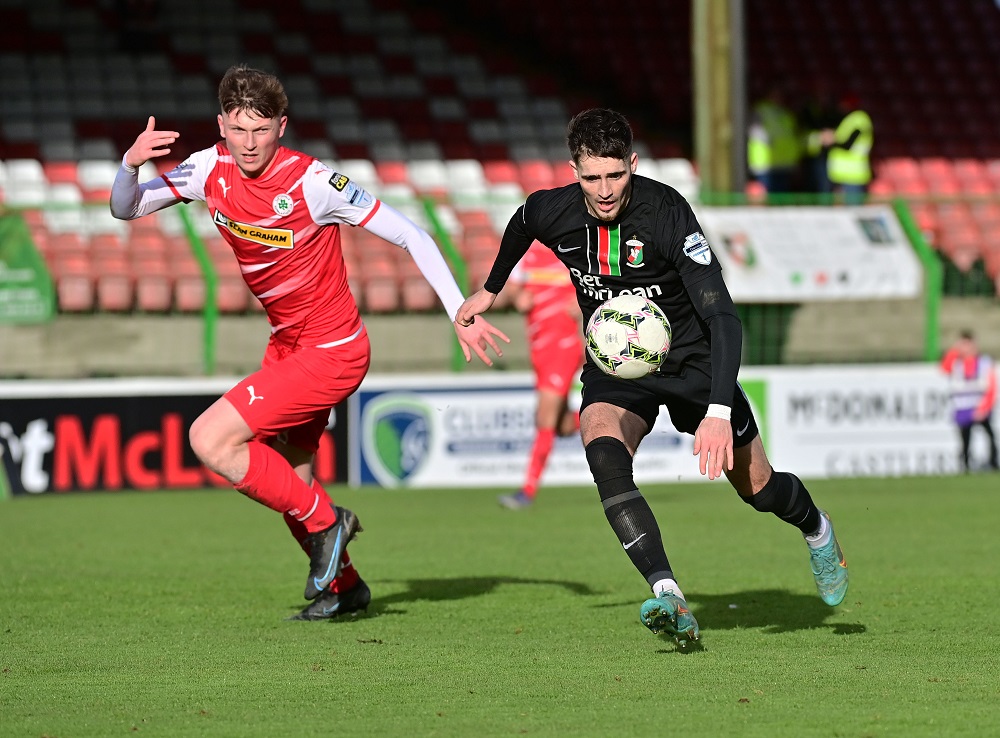 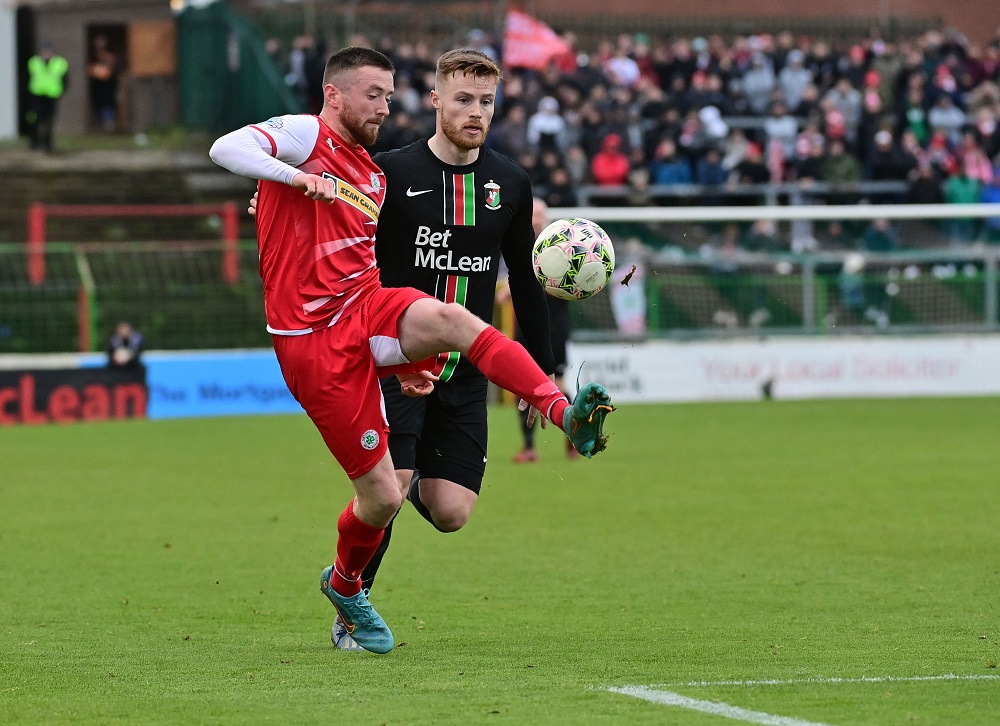 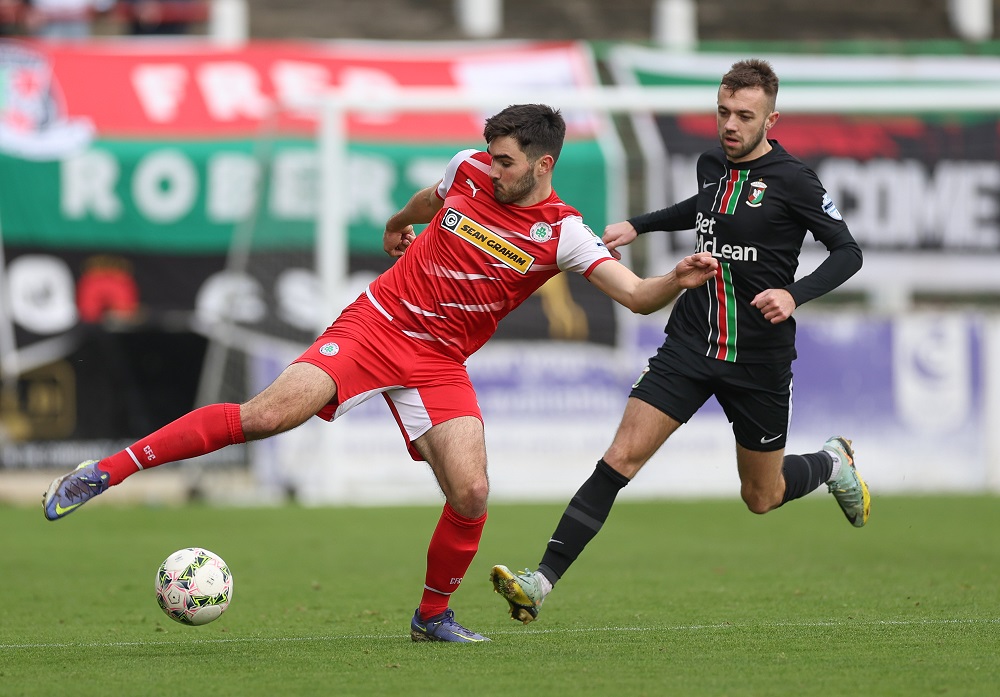 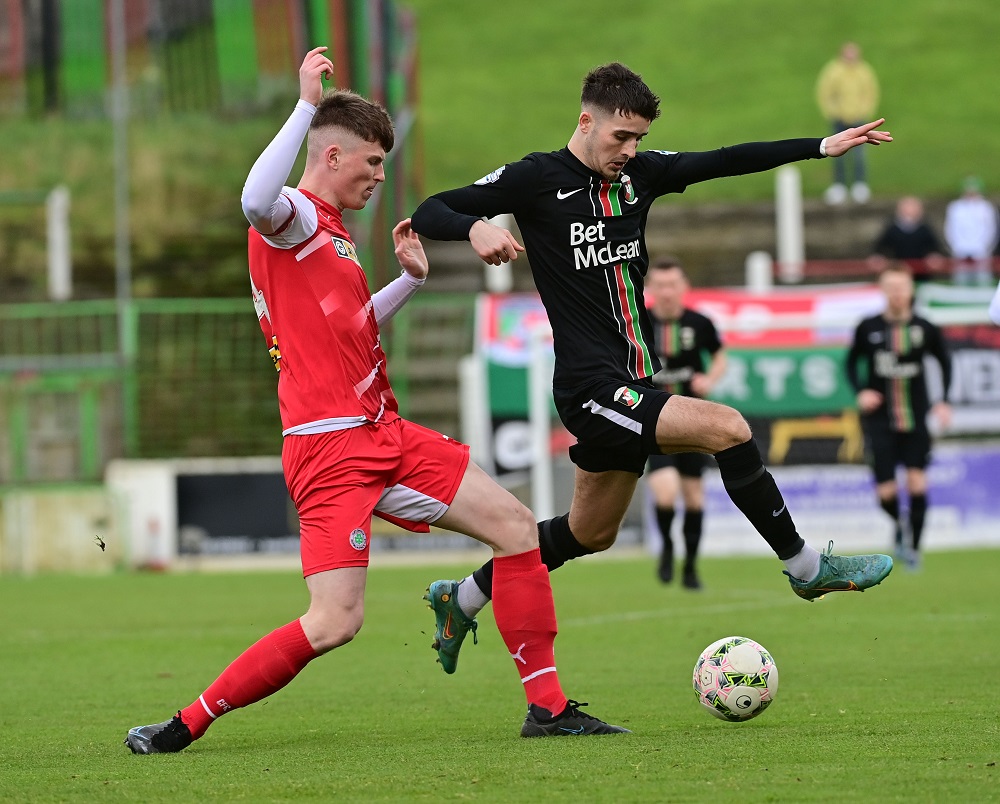 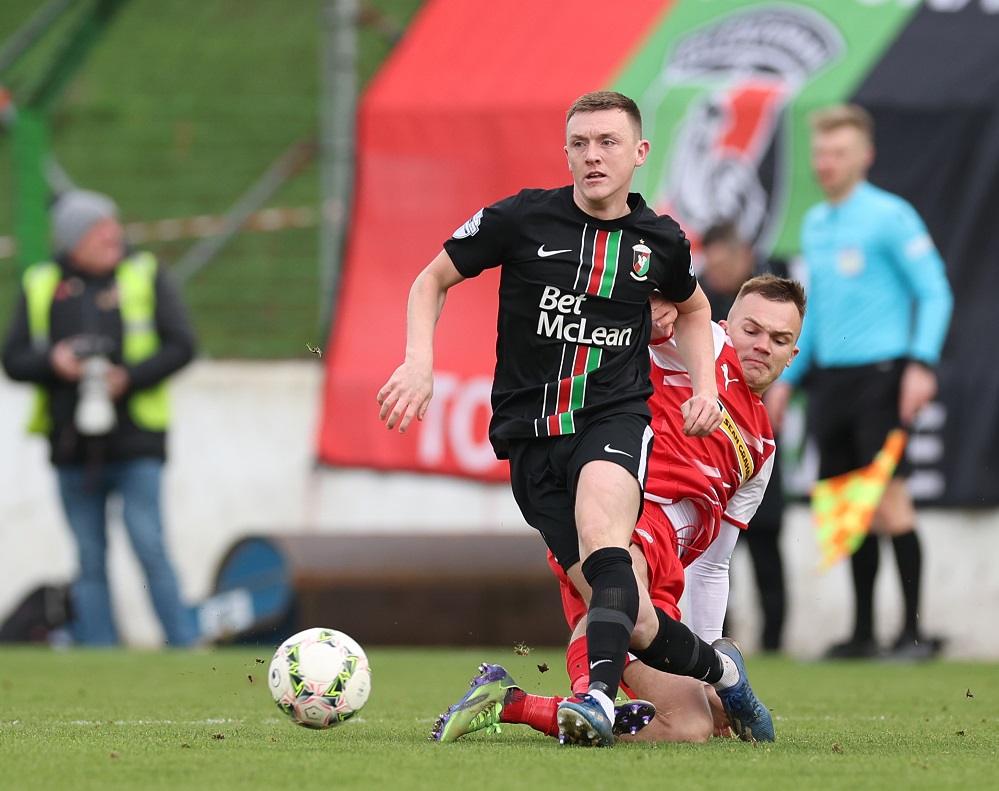