BEATTIE, KELLY AND WADE ON TARGET FOR GLENS

Glentoran Women ran out three-goal victors over Linfield Ladies with all strikes coming after a goalless first half.
Kerry Beattie, Sam Kelly and Lauren Wade all struck in the second half to ensure a win for the Glens and to bring them within two points of league leaders Cliftonville - who have played one game fewer.
Both starting line ups were missing key players through injury which was reflected throughout the first half. Neither side found their rhythm with no real attempts on goal.
Beattie broke the deadlock straight after half time giving the home side the lead before Kelly doubled the score line with a right footed strike inside Linfield’s area.
The best chance for the away side fell to Ebony Lecky, after Victoria Carleton crossed in from the left only for it to be headed over the bar.
Wade had the final say, cutting in from the right to strike with her trusty left foot.
Glentoran Women: Burns, Timoney, Caldwell, Kelly, Andrews, Maxwell, Beattie, Bailie, Mervyn, Wade, Dunne subs McKinnon (not used), Dennison (not used), Rogan (not used), A. McMaster (replaced Kelly 58), McKearney (replaced Mervyn 87)
Linfield Ladies: Adams, Fitzsimmons, McFrederick, Carleton, Smyth, Burrows, Johnston, McKenna, Dickson, McConnell, McMaster subs McAllister (not used), Moore (replaced McConnell 85), Bassett (replaced Fitzsimmons 81), Leckey (replaced Smyth 66), Donnan (not used) 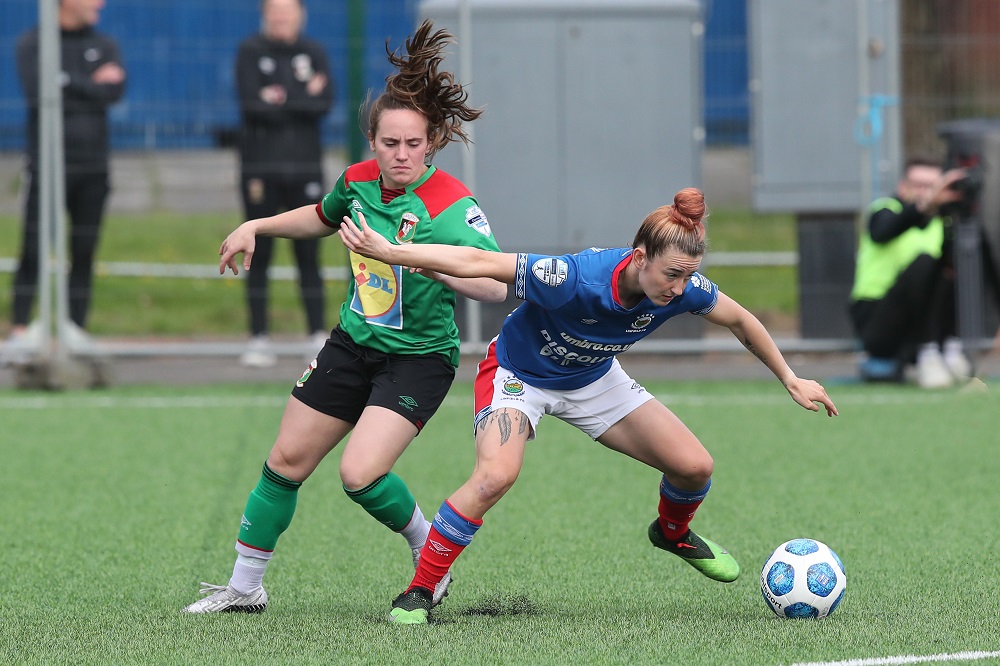 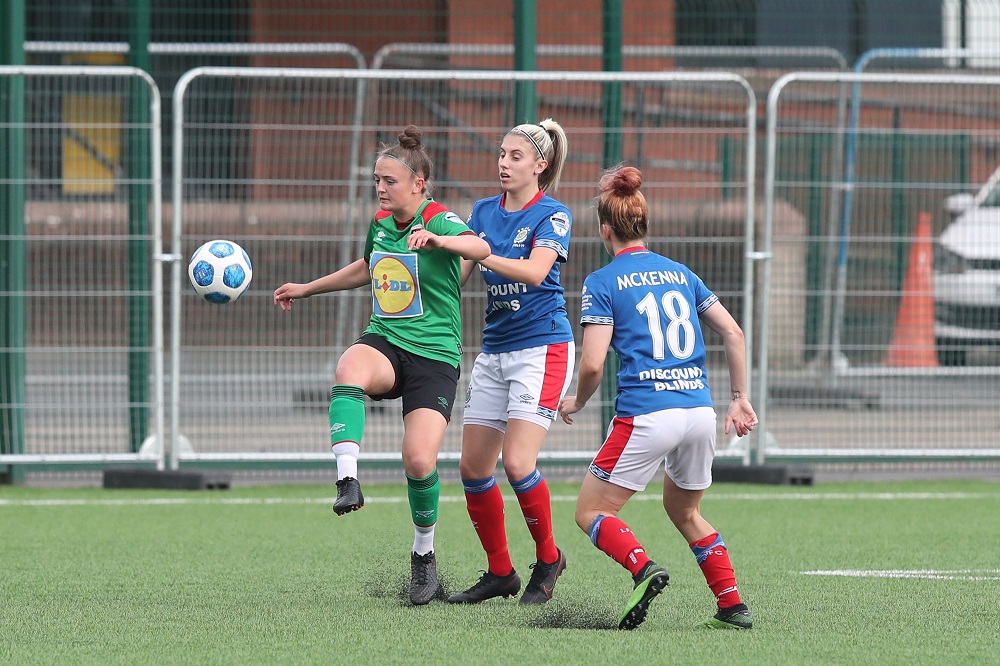 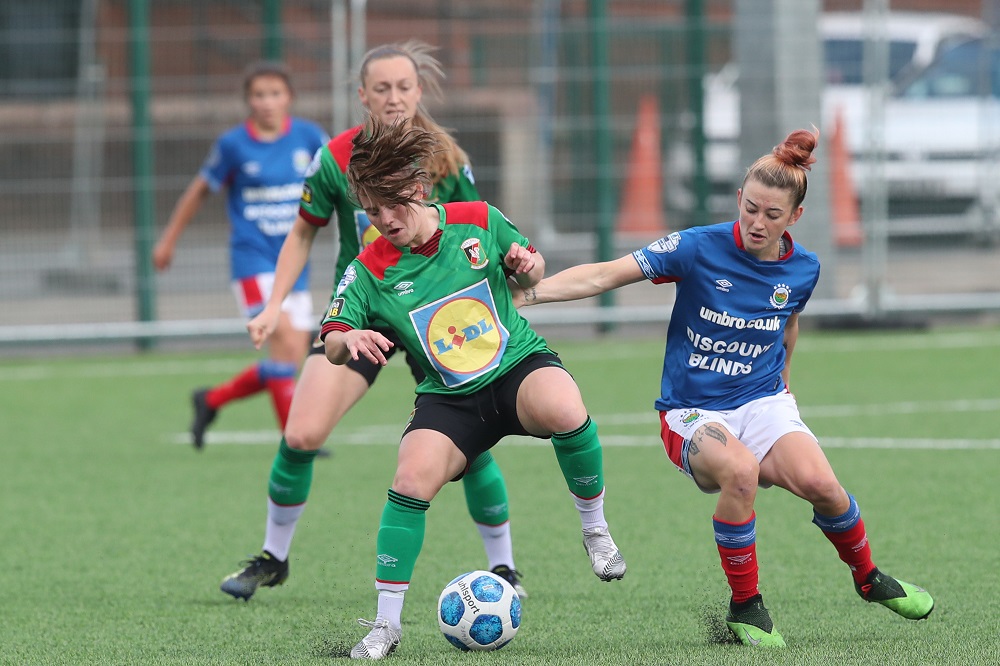 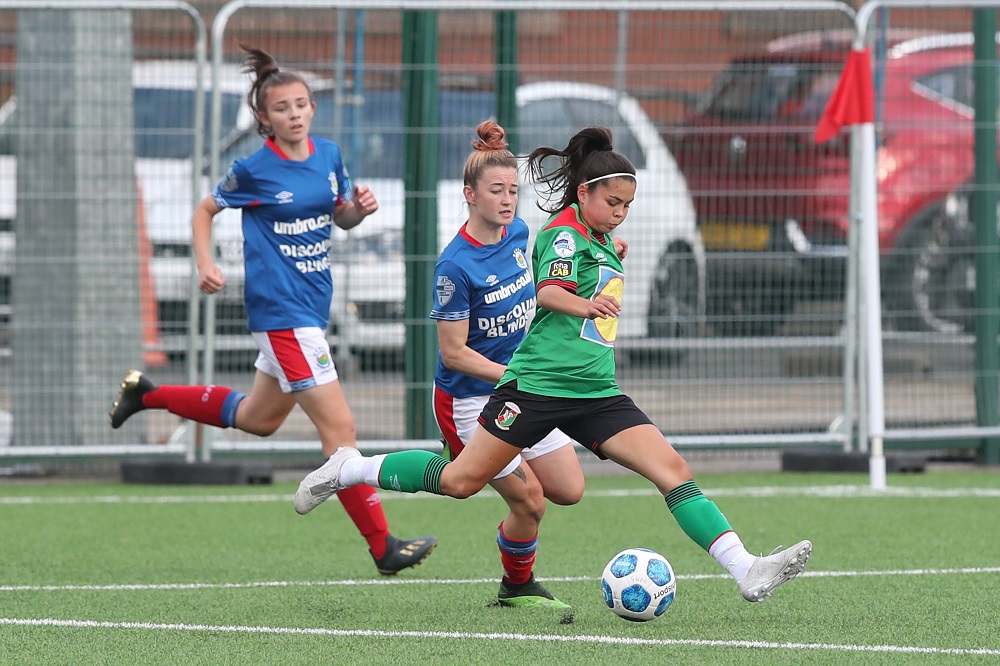 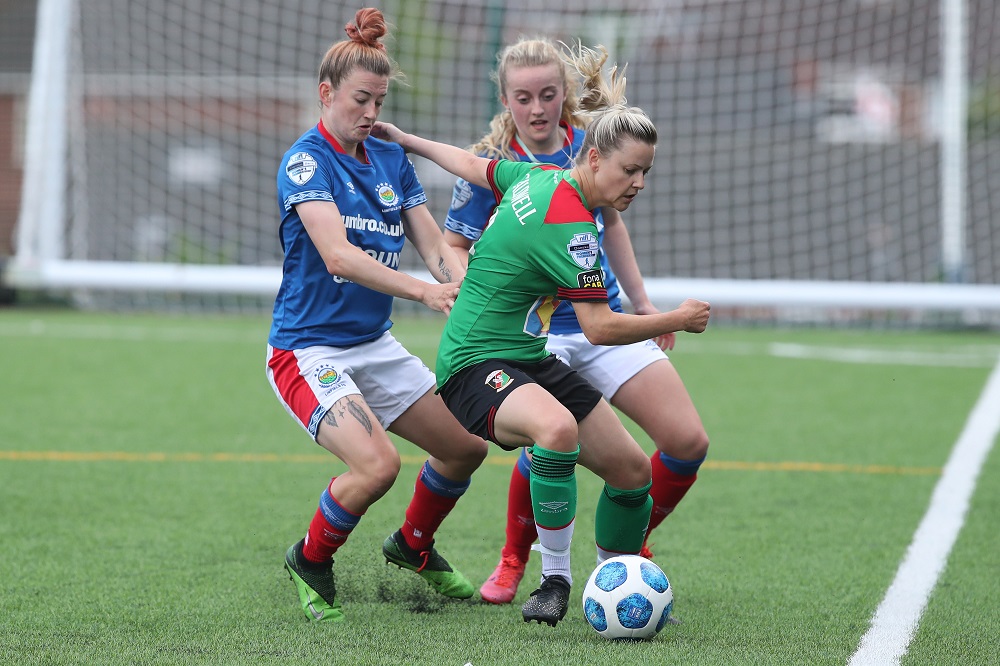 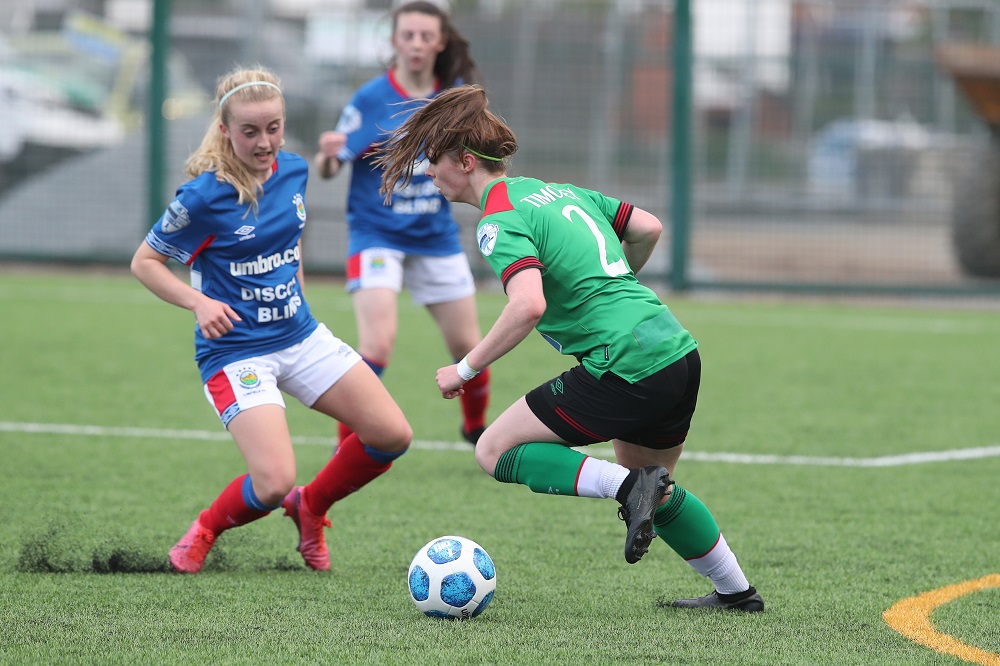