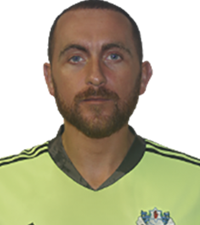 An experienced keeper, Neeson joined Ards in June 2019 after two years with Cliftonville during which time he helped the Reds qualify for Europe. Prior to that he spent a couple of seasons with Carrick Rangers, whilst the earlier stages of his career saw him turn out for Knockbreda and Larne.