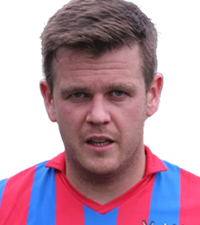 An experienced performer, club captain McGovern joined Ards in the summer of 2019 following five years with Cliftonville and a number of seasons on Glentoran's books prior to that during which time he won the league three times, the League Cup on six occasions and picked up four Co. Antrim Shield winners medals.