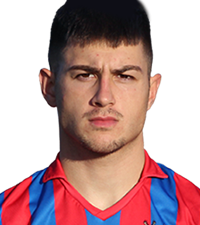 Now in his second spell at Ards, left-back Dinu originally joined the club as a youth from Ridgeway Rovers in June 2017. A move to Linfield followed, during which time he helped the Swifts to a Steel & Sons Cup victory, before returning to North Down just before the curtailment of the 2019/20 season.