Jonny Addis opened the scoring for Ballymena as early as the sixth minute in spectacular fashion when, inside his own half, he spotted Larne keeper Conor Devlin off his line and proceeded to lob the ball over his head and just under the bar.

Larne almost levelled just a couple of minutes after that through David McDaid but his well struck half volley crashed back off the top of the bar.

Tiernan Lynch's side did equalise ten minutes from the break, however, through summer arrival Mark Randall who slotted home after McDaid found him with a clever ball inside the box.

Then, six minutes into the second half, Cathair Friel made it 3-1 to the visitors with a fantastic half volley which looped over Devlin.

And the Sky Blues went further ahead within six minutes courtesy of Jude Winchester's thundering drive into the roof of the net from around 20 yards out.

Larne pushed hard to get back into the game, coming close twice in quick succession through Tomas Cosgrove and Lee Lynch before, with a quarter-of-an-hour remaining, Johnny McMurray did find the net from around six yards after Randall had played the ball into the area.

However, it wasn't enough to spark a home revival as Larne fell to their first defeat of the season. 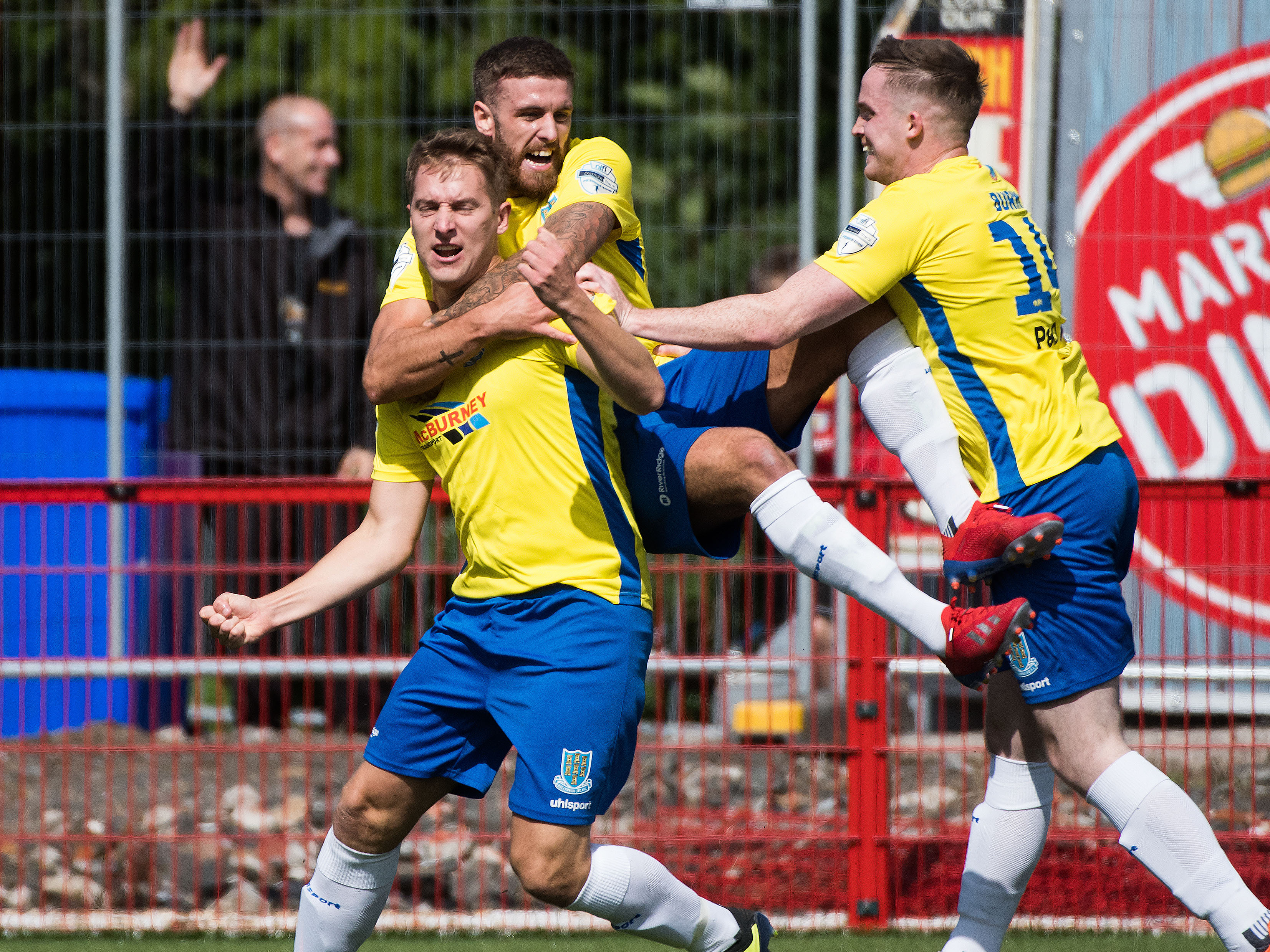 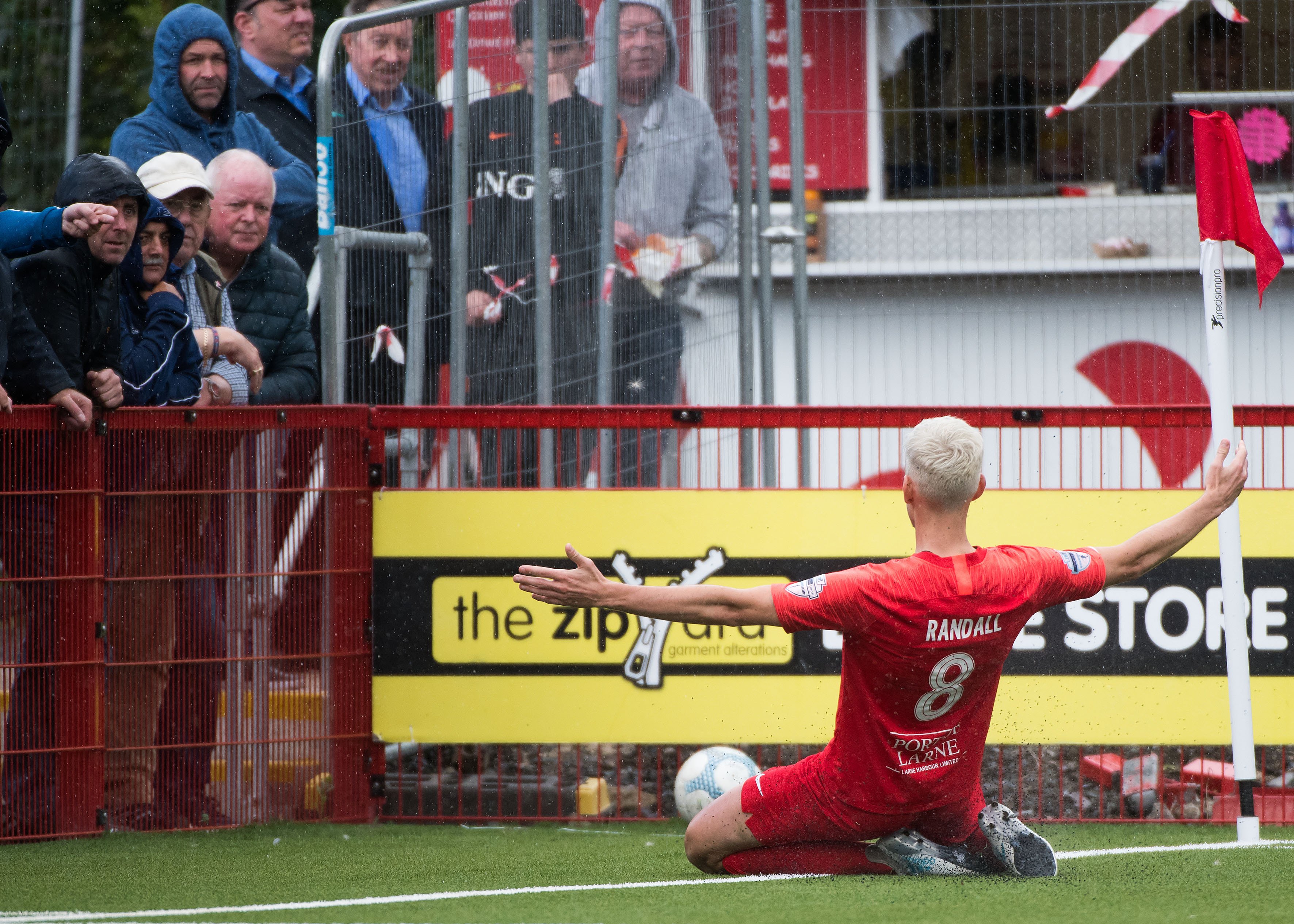 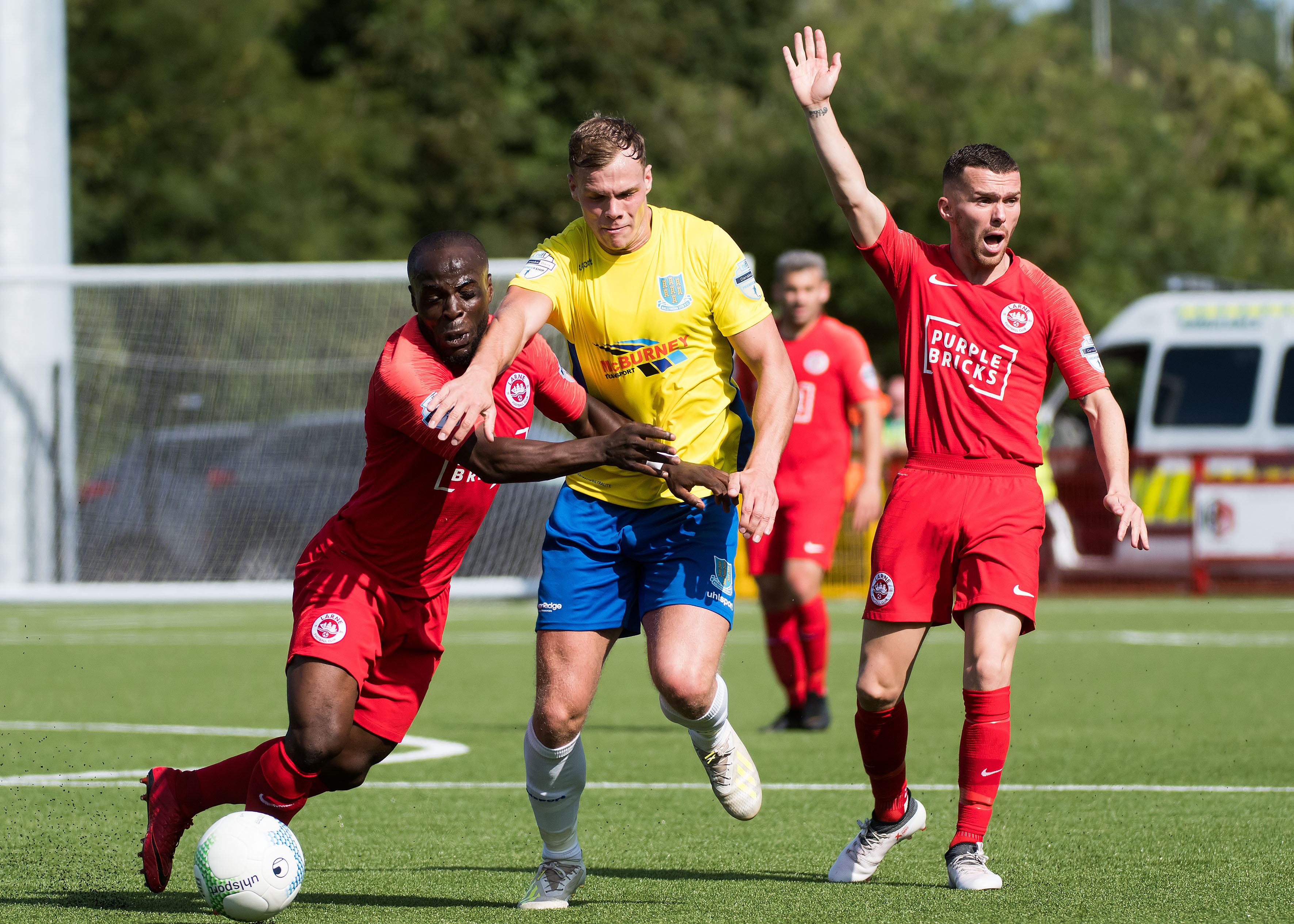 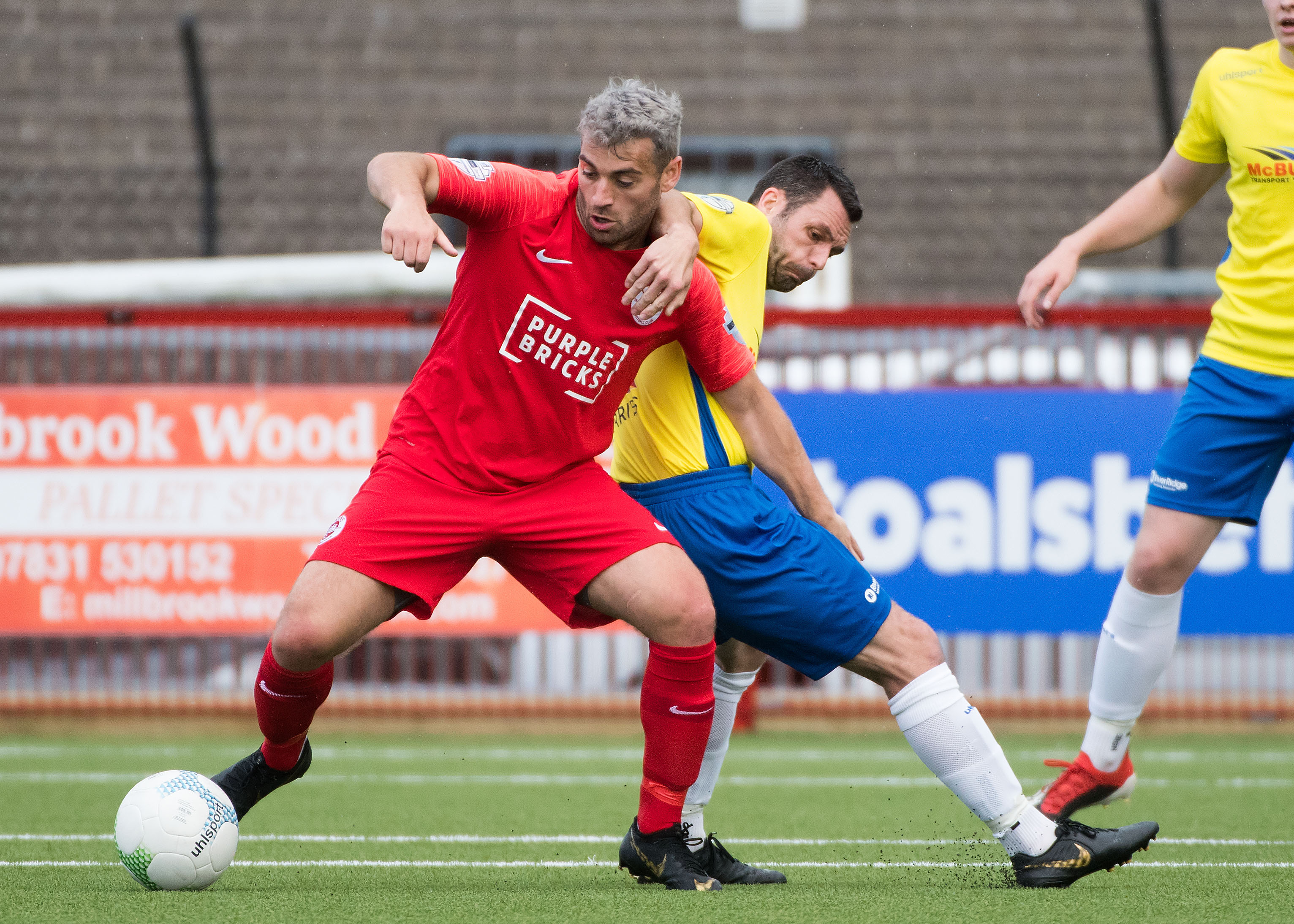 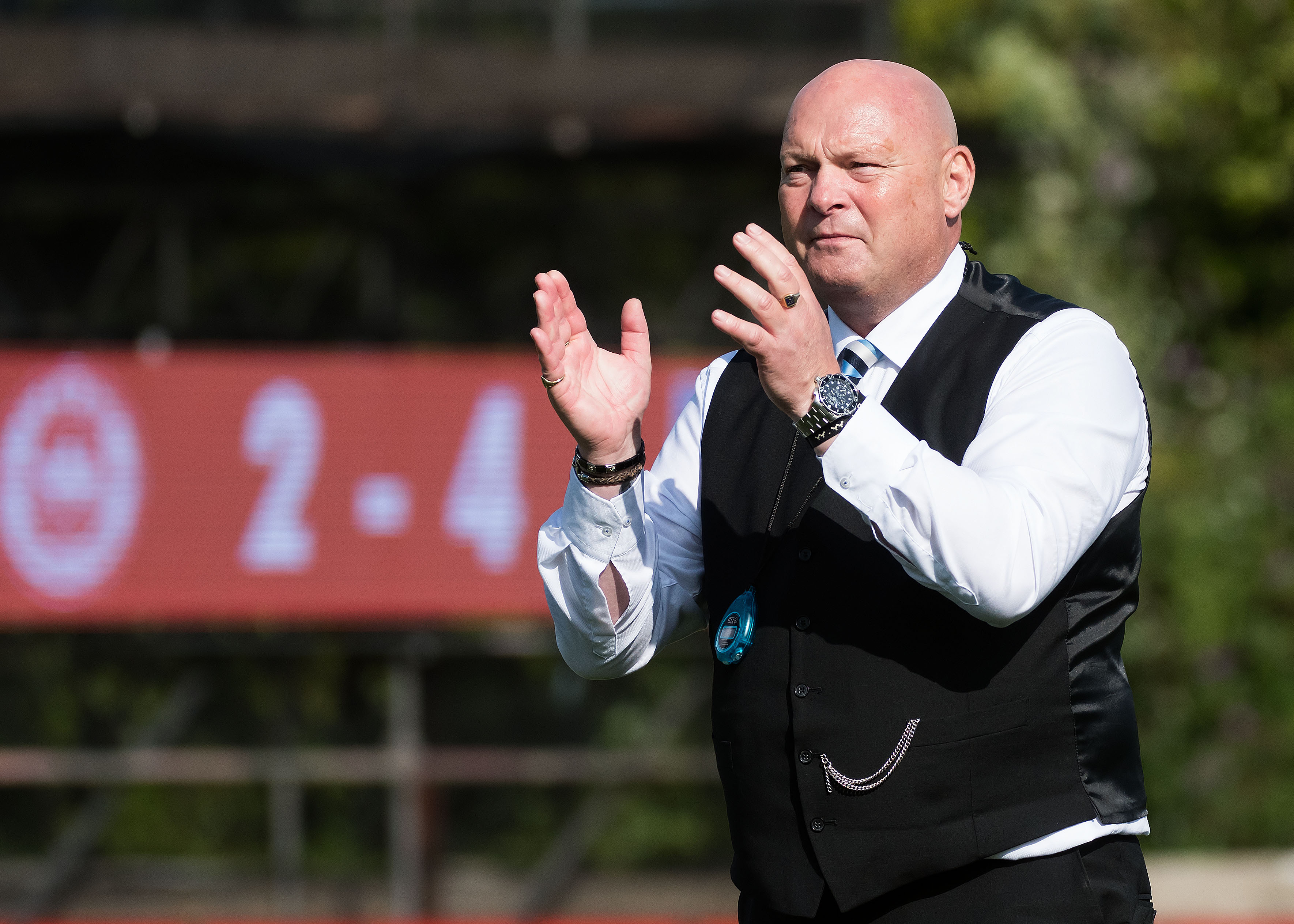