Ballymena United fought back from a goal down to defeat Cliftonville at The Showgrounds.

There was little to report during the opening exchanges with perhaps the Reds coming closest when Joe Gormley saw an effort from an acute angle palmed away by Ross Glendinning.

Gormley turned provider just moments later, however, when he supplied the through ball that teed Rory Donnelly up to send a low shot beyond the United keeper to open the scoring on 24 minutes.

And Gormley almost made it 2-0 just before the break only to just fail to connect to Chris Curran's cross from the right to close out a half during which the Reds were on top.

The Sky Blues looked a much better proposition in the second half, coming close early on when Ryan Mayse skimmed a left-foot effort off the top of the bar before, on 57 minutes, levelled courtesy of Andy McGrory's close range tap in after Leroy Millar had crossed from the left.

Then, on 69 minutes, David Jeffrey's side moved in front with what proved to be the winner after McGrory's right-sided cross was attempted to be cleared by Jamie Harney only for the ball to come off defender Conor McDermott and into his own net.

Ballymena looked to extend their lead towards the end but Mayse fired over when well placed before, in the closing moments, Gormley almost levelled for Cliftonville but was denied by a stunning stop from Glendinning. 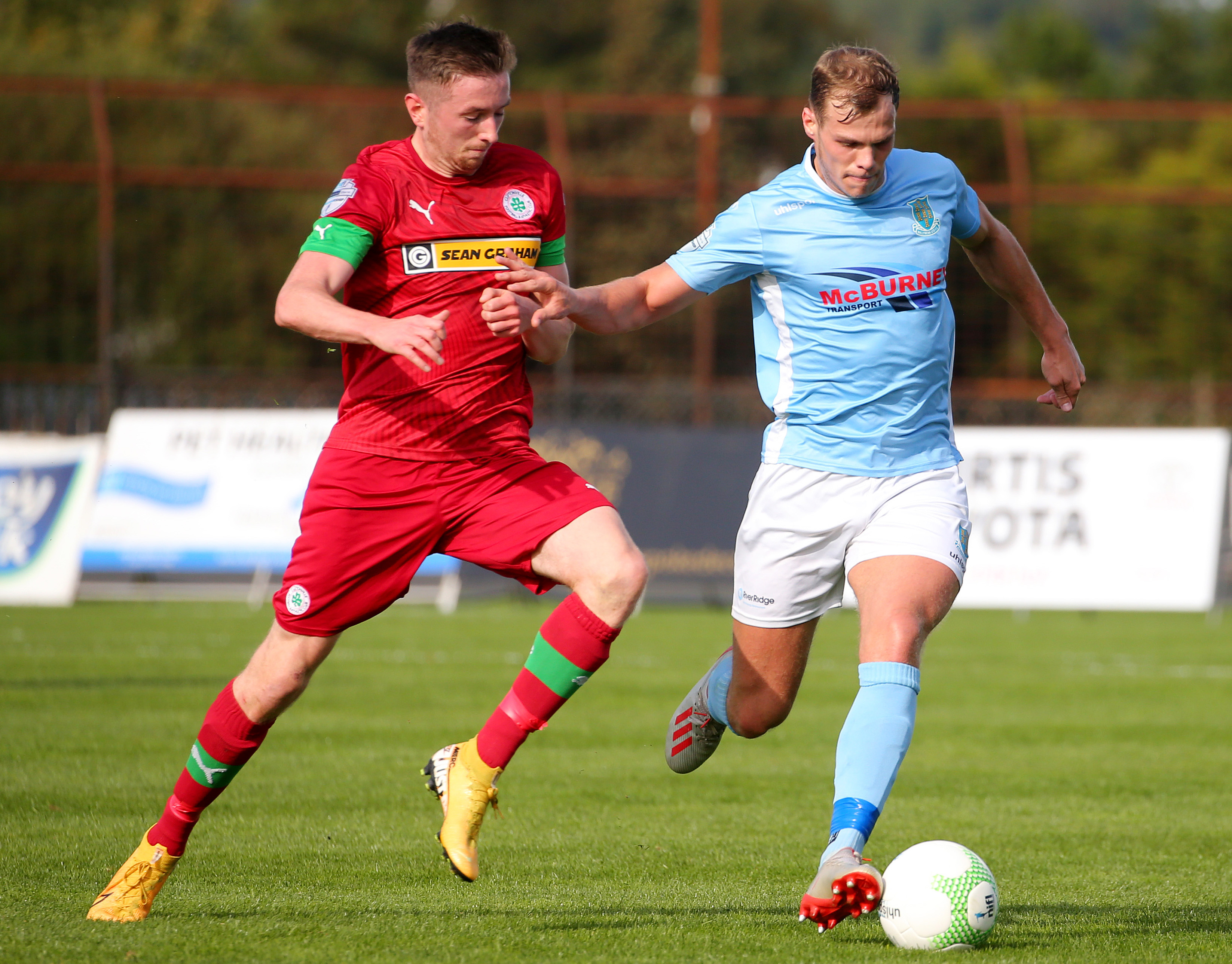 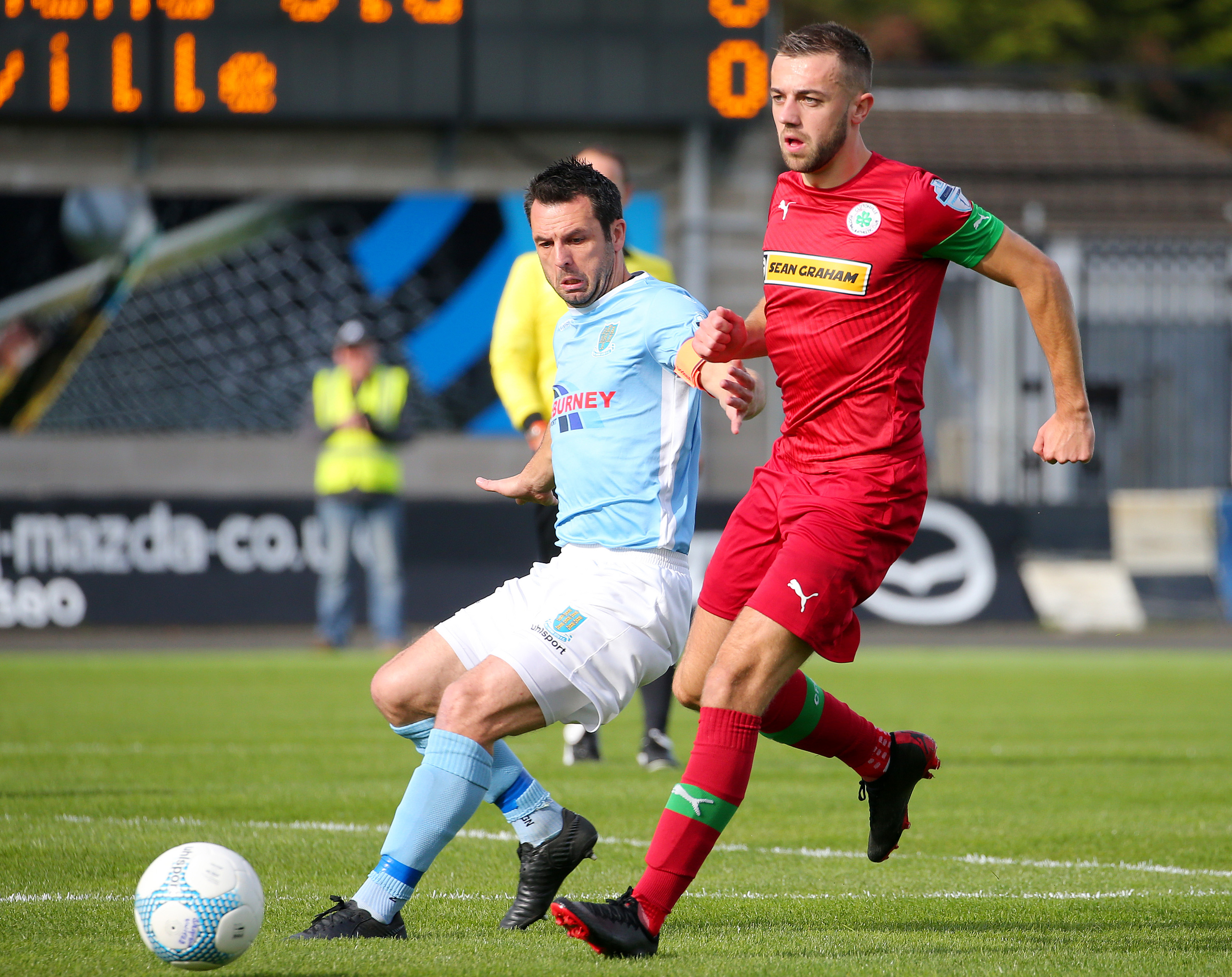 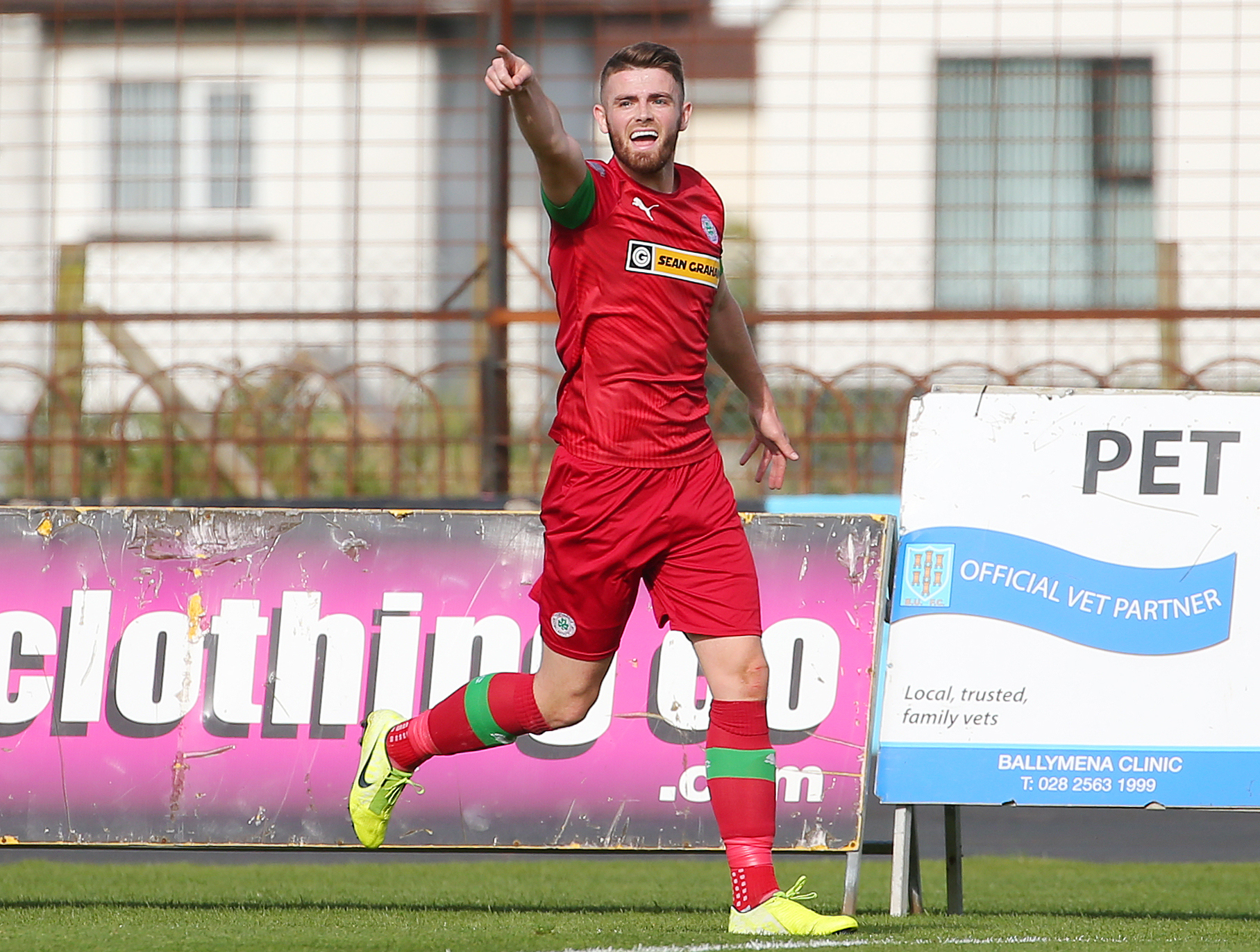 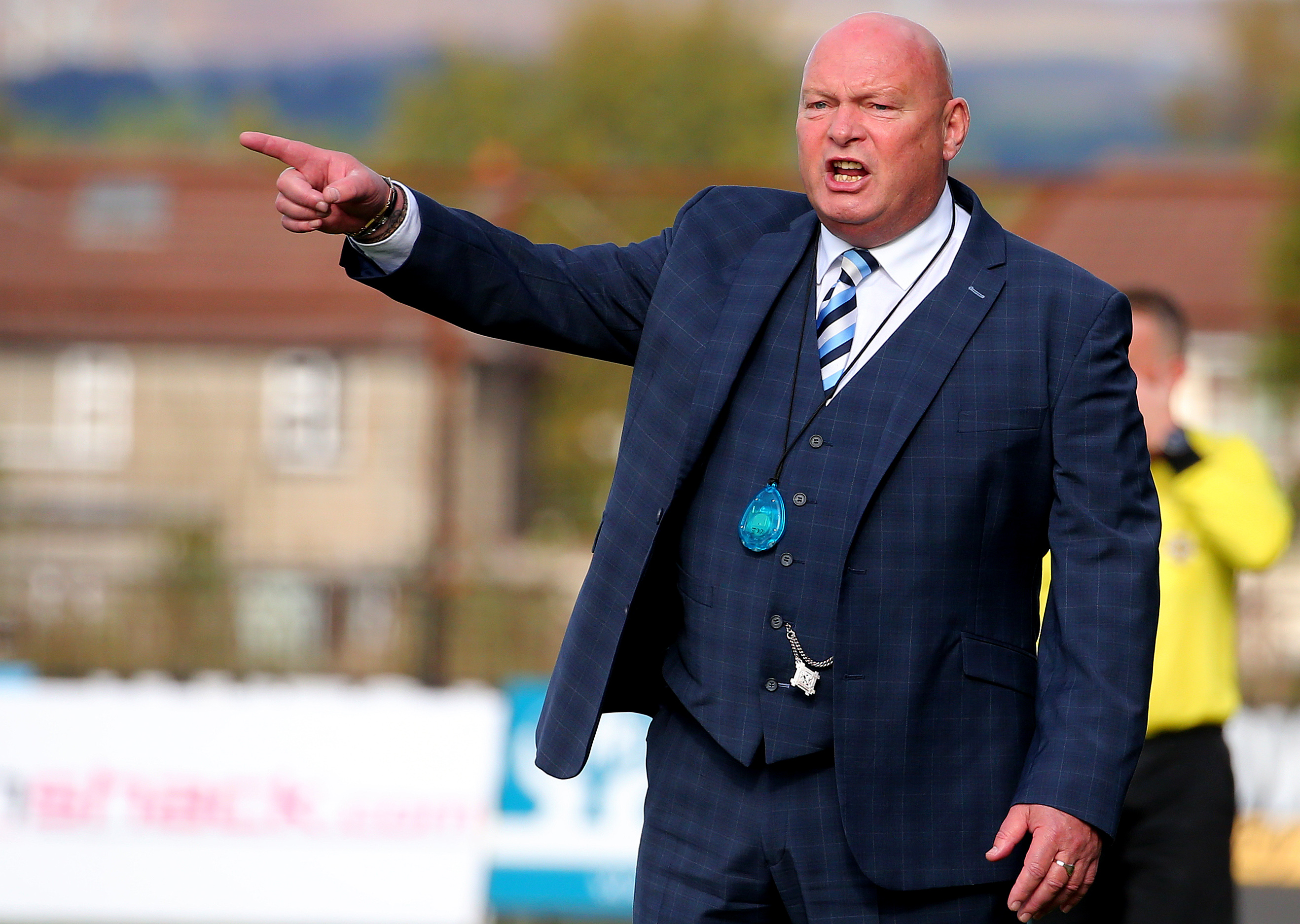 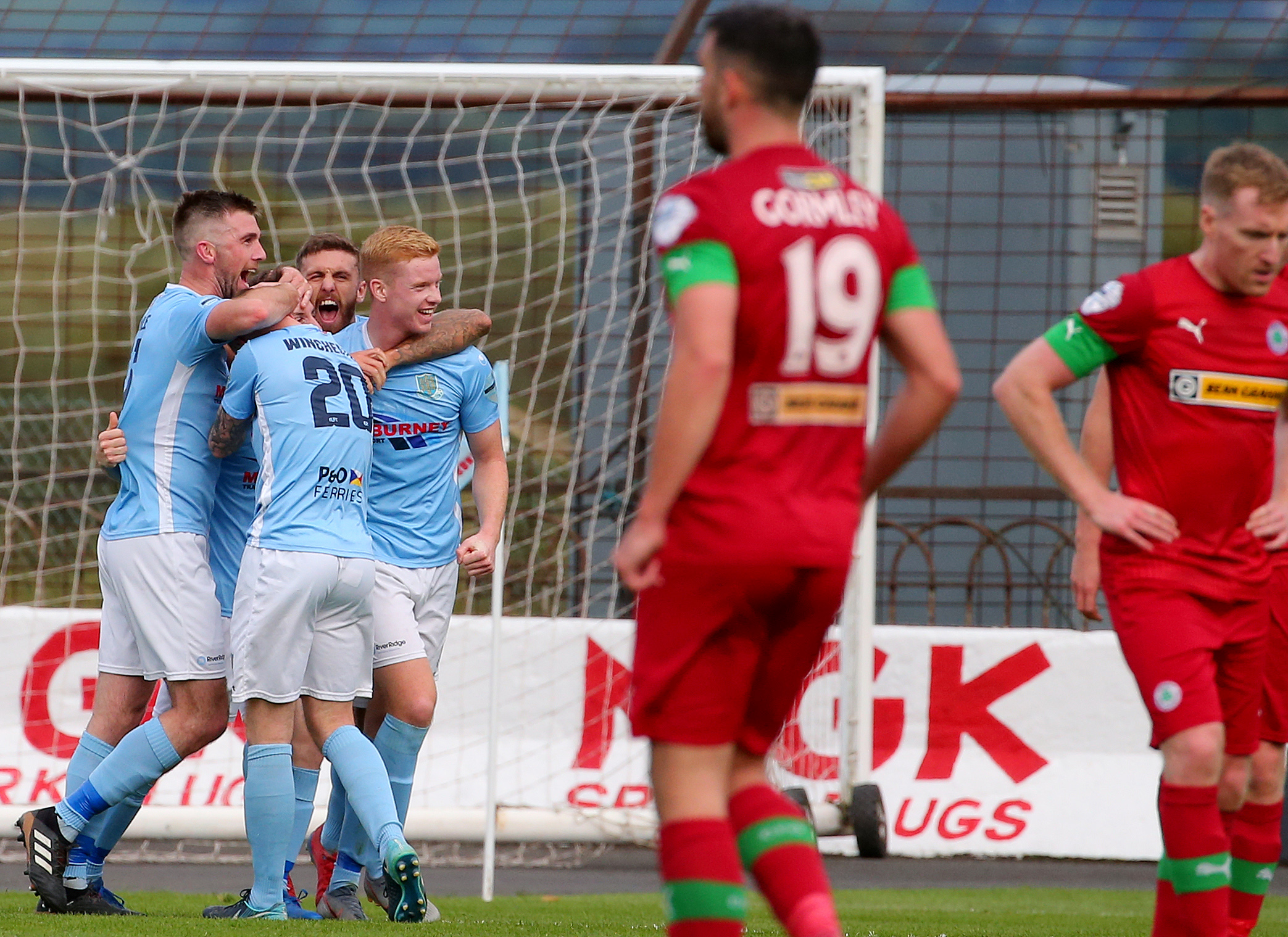 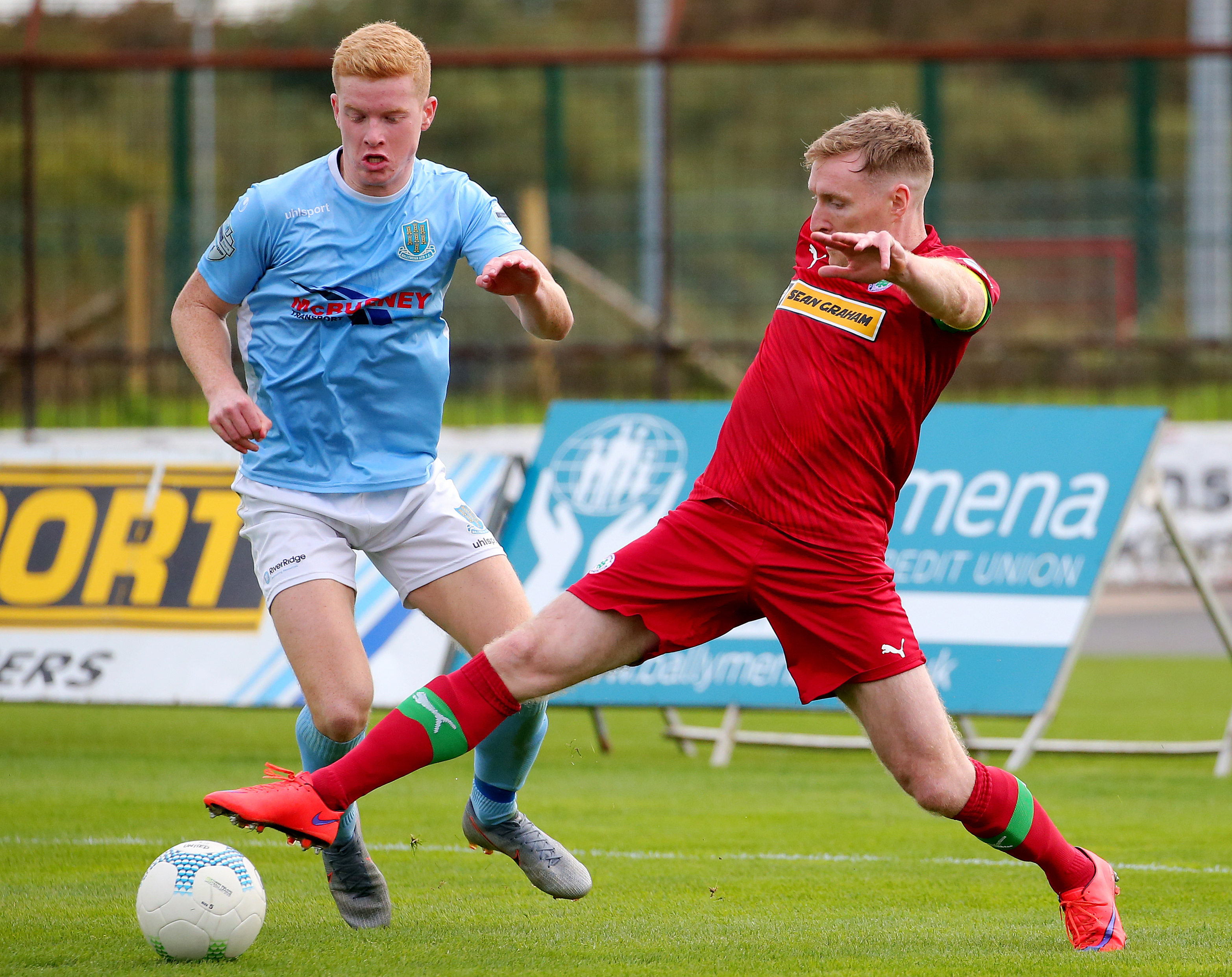