McDAID AT THE DOUBLE FOR UNDEFEATED LARNE

Davy McDaid bagged both goals as Larne maintained their unbeaten record with a win over Coleraine at The Showgrounds.
McDaid opened the scoring after 11 minutes with an unstoppable effort from just outside the box beyond Gareth Deane's reach after getting on the end of a long ball from Albert Watson.
Larne spurned a glorious chance to double their advantage midway through the first half. McDaid found Graham Kelly with a defence splitting pass, but his shot on goal was blocked with Lee Lynch's follow up falling the wrong side of the post.
The Bannsiders might have levelled on 39 minutes only for Aaron Jarvis to nod just wide at the near post from Ben Doherty's free-kick.
But, barely a minute after that, McDaid made it 2-0 to the visitors following a one-two with John Herron before beating Deane at the near post.
Tiernan Lynch's side had opportunities to further their lead after the break but Deane did well to deny Ronan Hale while Watson sent a looping header just over.
To their credit, Coleraine worked hard to get back into the game. Aaron Traynor headed over from Eoin Bradley's cross while Bradley himself had a great chance soon after from a Jamie Glackin delivery.
Glackin was then unfortunate not to guide the rebound home from another opening after Larne keeper Conor Devlin had parried a James McLaughlin shot.
Coleraine: Deane, Kane, Douglas, Jarvis, Doherty, Lowry, Carson, O'Donnell, Glackin, Traynor, Allen subs Gallagher (not used), McLaughlin (replaced Douglas 19), Bradley (replaced Allen 53), Wilson (not used), Tweed (not used), Parkhill (not used), Nixon (replaced Jarvis 75)
Larne: Devlin, Kelly, Watson, Robinson, Herron, Sule, Hale, McDaid, A. Mitchell, Cosgrove, Hughes subs C. Mitchell (not used), Donnelly (replaced Hale 75), Scott (replaced A. Mitchell 75), Lynch (not used), Murr (not used), Wade Slater (not used), McMurray (not used) 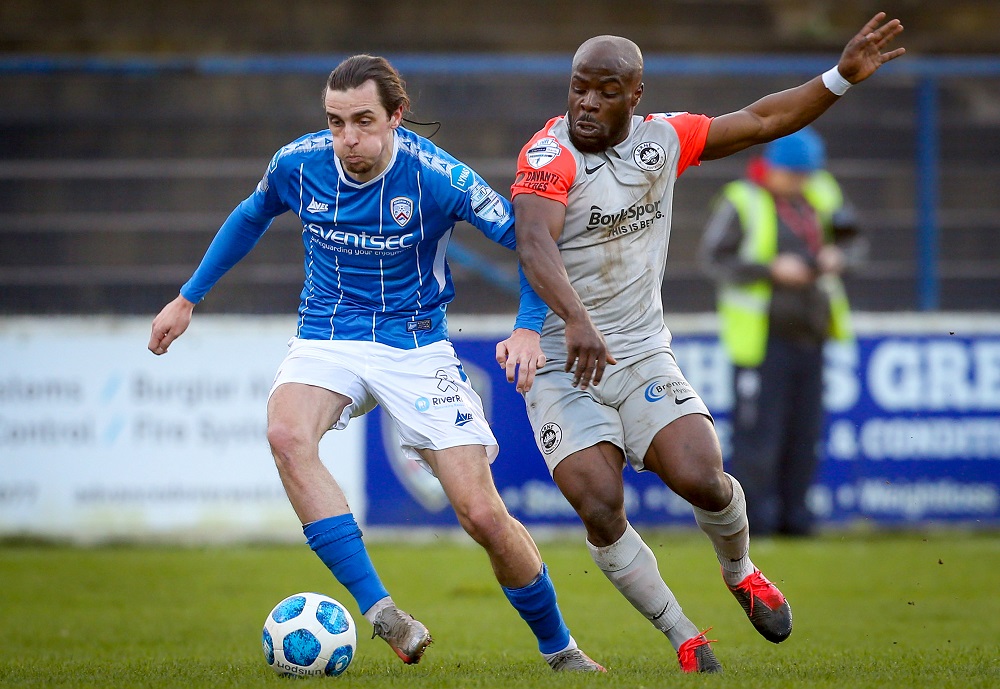 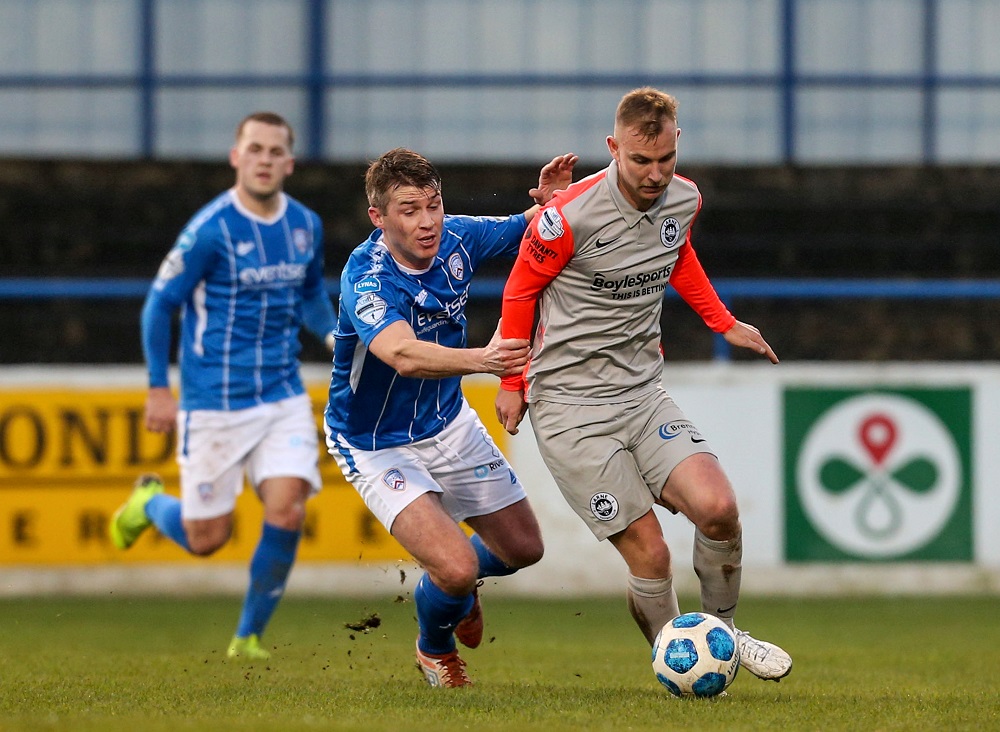 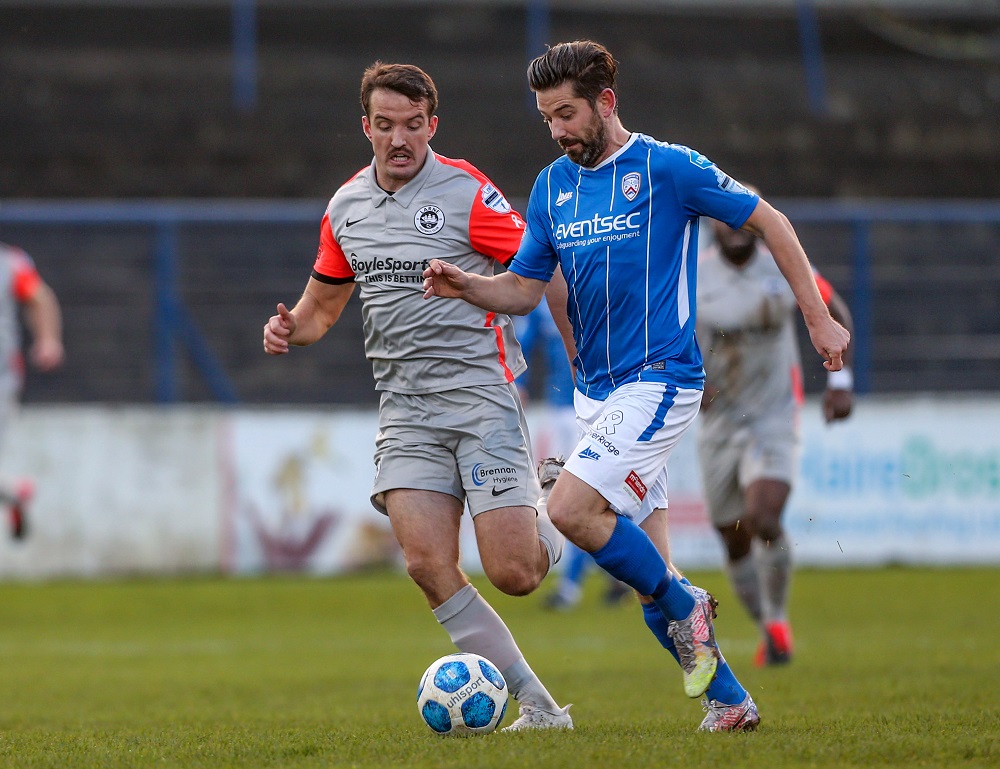 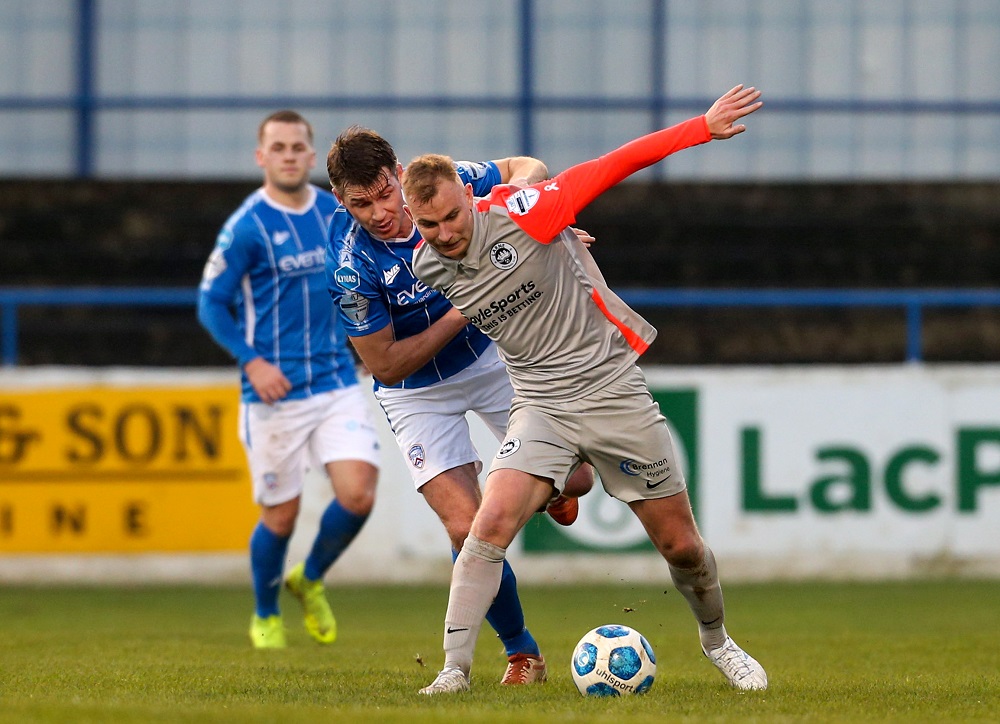 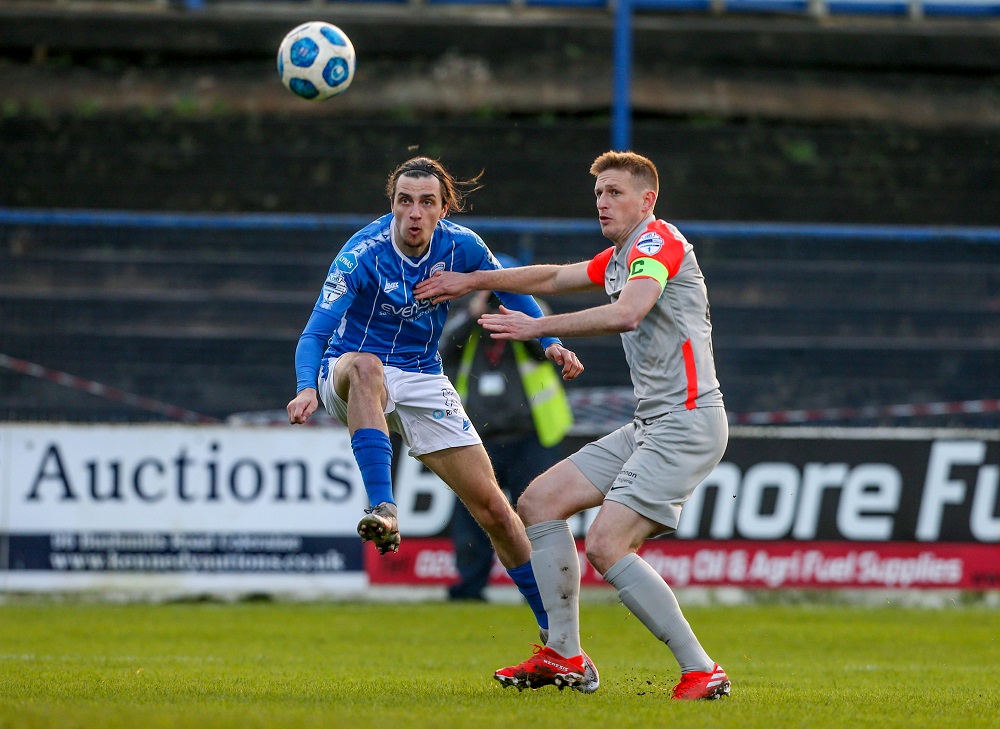