Cliftonville hit three goals without reply past Warrenpoint Town at Solitude on a night which saw both sides end the game with ten men.
The visitors got off to a bright start, dominating possession with Ryan Swan sending an effort just past an upright moments before Fra McCaffrey dipped a first time shot narrowly over.
Then, with just over a quarter-of-an-hour gone Adam Evans crafted the best chance of the game so far with a blistering strike from the left side of the box but the finish was just too high to count.
However, against the run of play, Cliftonville grabbed the opening goal midway through the first half when Paul O'Neill laid the ball off for Aaron Donnelly who duly crossed for Ryan Curran to power home a header at the near post.
Warrenpoint came very close to equalising early in the second half but were unlucky when McCaffrey's finish came back off the outside of the post with Aaron McCarey beaten.
Cliftonville doubled their lead just before the hour with O'Neill finishing off a great team move after being played through to fire past Gabriel Sava into the far corner.
Both sides were reduced to ten men on 70 minutes. Danny Wallace was sent-off following a challenge on Chris Curran, prompting a scuffle which also produced a dismissal for Jamie Harney for his actions.
The Reds grabbed a third goal deep into stoppage time, Ryan Curran's second of the evening coming after a break which ended with him taking the ball past Sava before tapping into the empty net.
Cliftonville: McCarey, Harney, C. Curran, R. Curran, Donnelly, Bagnall, Doherty, Hale, Lowe, Kearns, O'Neill subs Dunne (not used), O'Connor (replaced Kearns 58), McCrudden (not used), Foster (replaced O'Neill 74), Casey (not used), Teggart (not used), Coffey (replaced C. Curran 85)
Warrenpoint Town: Sava, Deasy, Dillon, McCaffrey, Gallagher, Swan, Hutchinson, Wallace, Byrne, Evans, Doyle subs Coleman (not used), McVeigh (not used), O'Connor (not used), O'Sullivan (replaced Evans 63), Carroll (replaced McCaffrey 65), Mullen (not used), Cowan (not used) 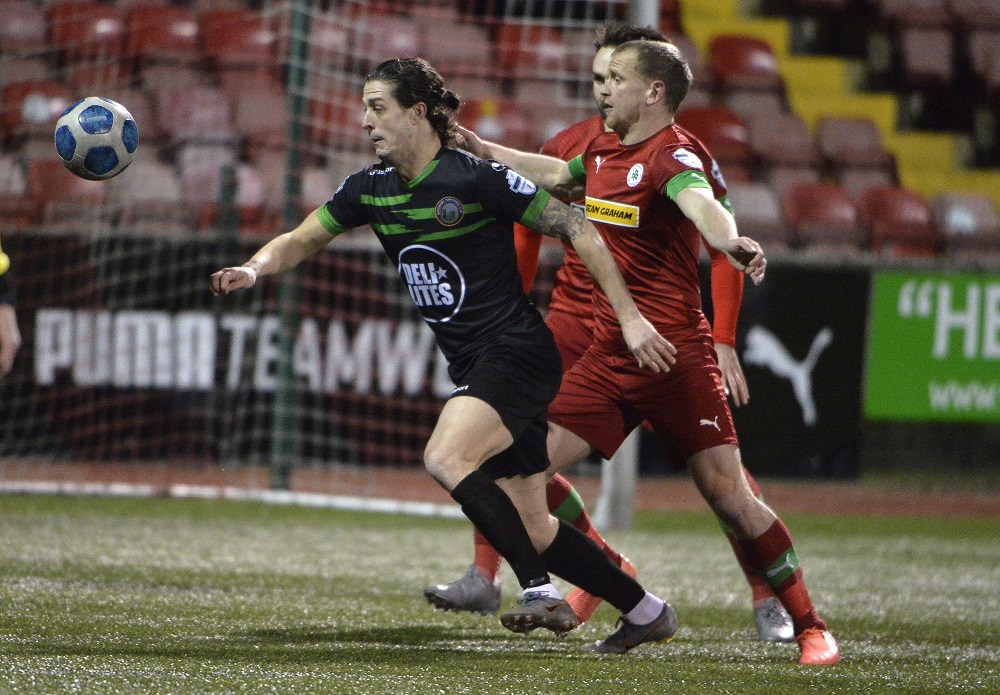 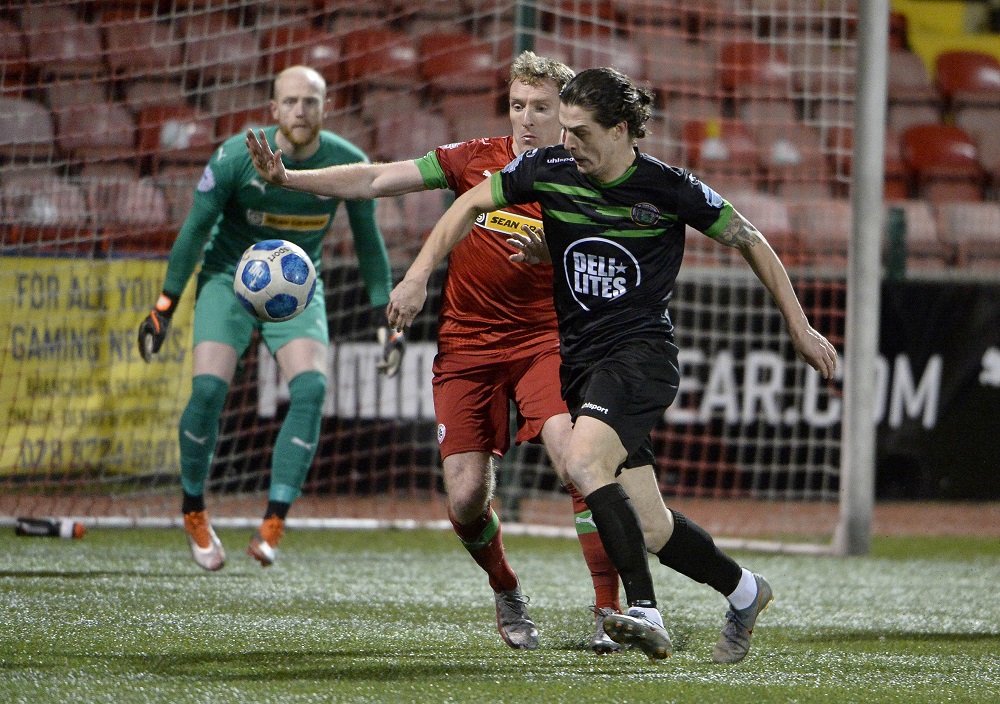 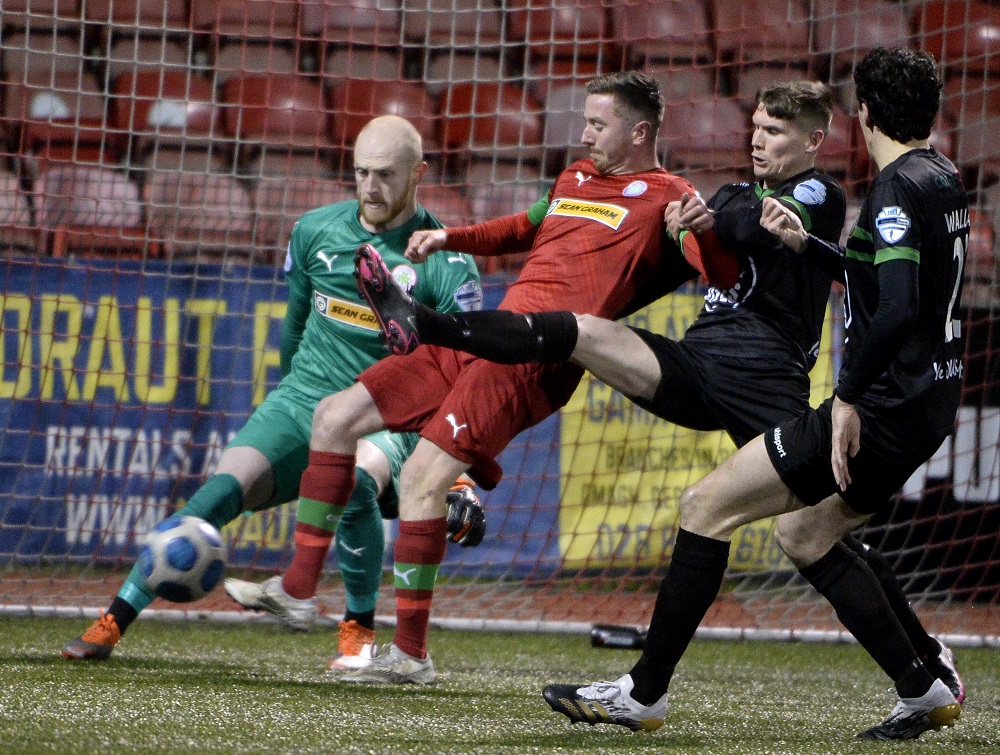 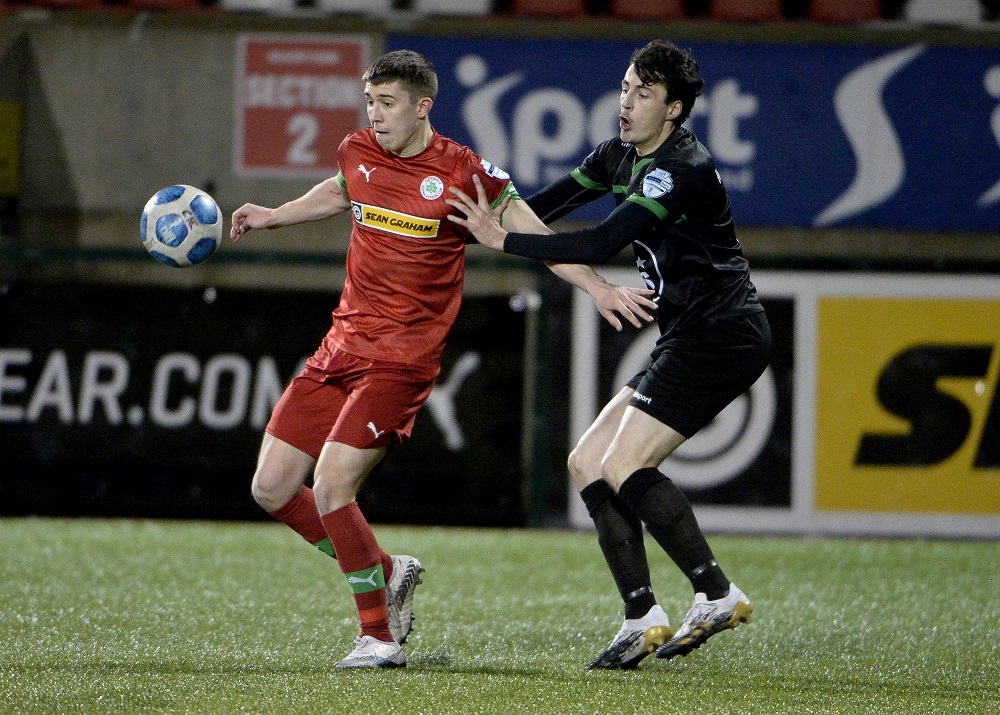 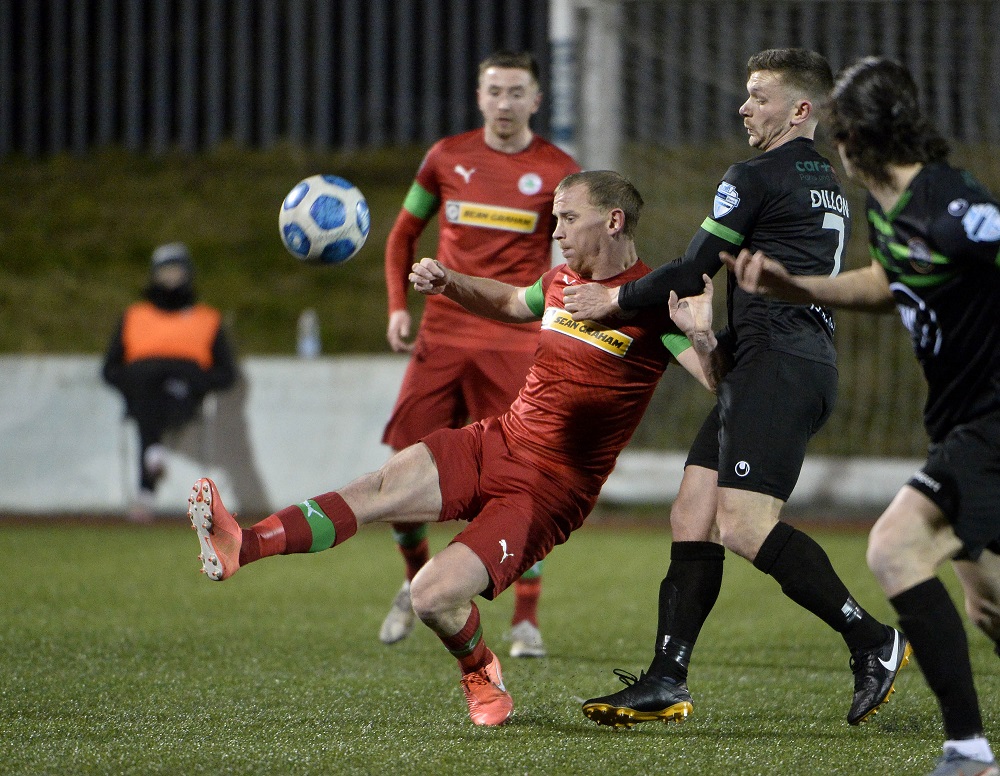 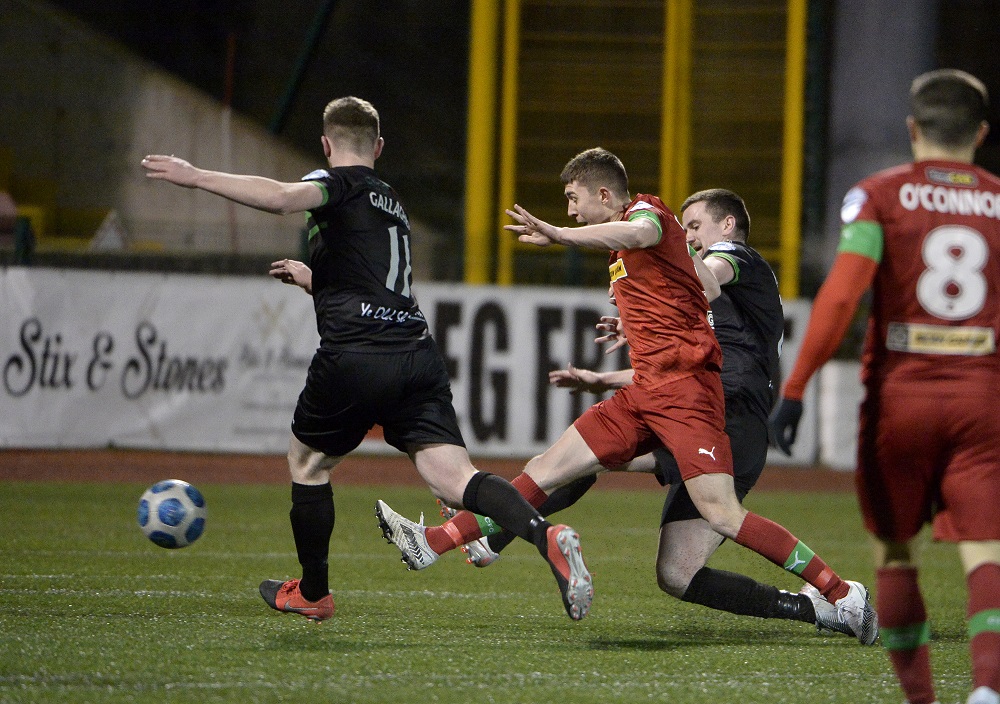