Paul O'Neill struck late in the game to hand Cliftonville the points from Ballymena United's visit to Solitude.
The sides traded chances during the opening 25 minutes. For Cliftonville Rory Hale saw a curling effort blocked for a corner while Aaron Donnelly drilled a low free-kick under the wall but straight at Ross Glendinning.
At the other end Aaron McCarey did well to smother the ball at Joe McCready's feet with Conor Keeley later having a free header from James Knowles' cross but he could only send the ball wide.
The deadlock was broken on 31 minutes when Ryan Curran fired the Reds in front with a clinical finish from just outside the area after Barry Coffey had played the ball into his path.
But Ballymena levelled just before the break through Shay McCartan after Garry Breen's attempted clearance from Trai Hume's cross fell for him.
Ballymena started the second half brightly with Knowles seeing a half volley drift wide followed quickly by a Ben Wylie effort fired over.
Cliftonville responded with an O'Neill flick into the side netting and Ciaran O'Connor's low shot into the arms of Glendinning.
That pattern continued. McCartan had a shot deflected away by Liam Bagnall while O'Connor got in between the defence only to see his attempt saved by Glendinning at the near post.
However, what proved to be the winner came with eight minutes remaining. Breen sent over a pinpoint delivery from the right which O'Neill did well to stoop to head low past Glendinning from close range.
Cliftonville: McCarey, Breen, O'Reilly, C. Curran, R. Curran, Donnelly, Bagnall, Hale, Lowe, O'Neill, Coffey subs Dunne (not used), O'Connor (replaced Hale 57), McCrudden (not used), Foster (not used), Casey (not used), O'Brien (not used), Kearns (replaced Coffey 76)
Ballymena United: Glendinning, Winchester, Knowles, McCartan, Hume, Ervin, Keeley, Kelly, S. Graham, Wylie, McCready subs D. Graham (not used), T. Kane (not used), Redman (replaced Keeley 46), McElroy (replaced McCready 76), Waide (replaced Knowles 61), McGrory (not used), Keenan (not used) 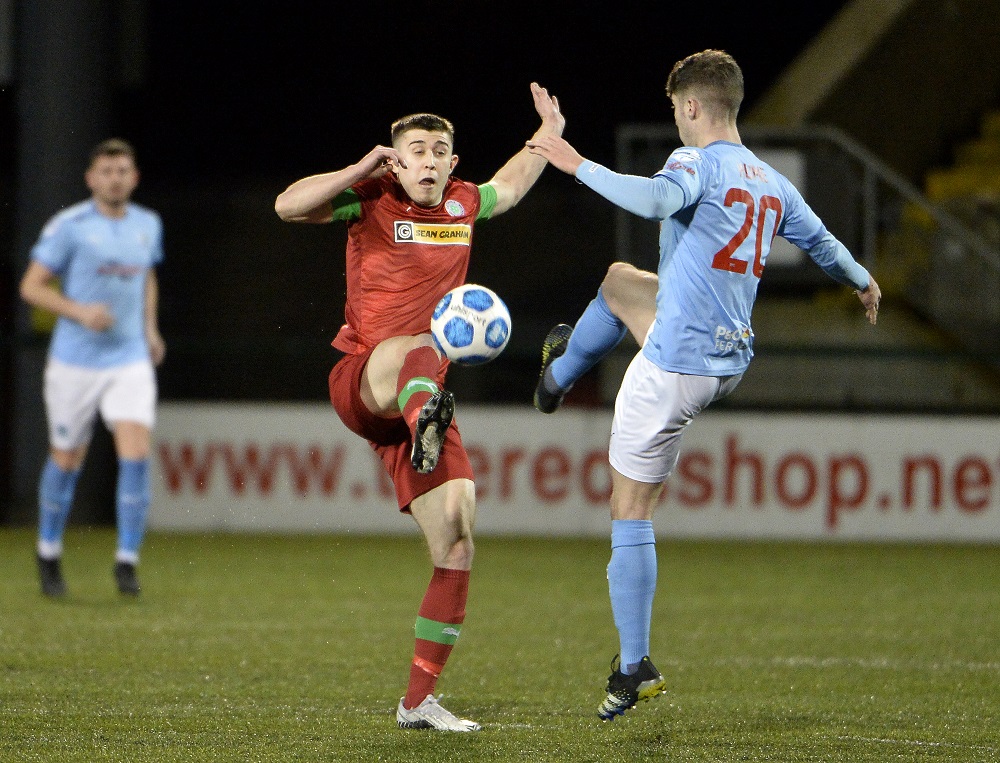 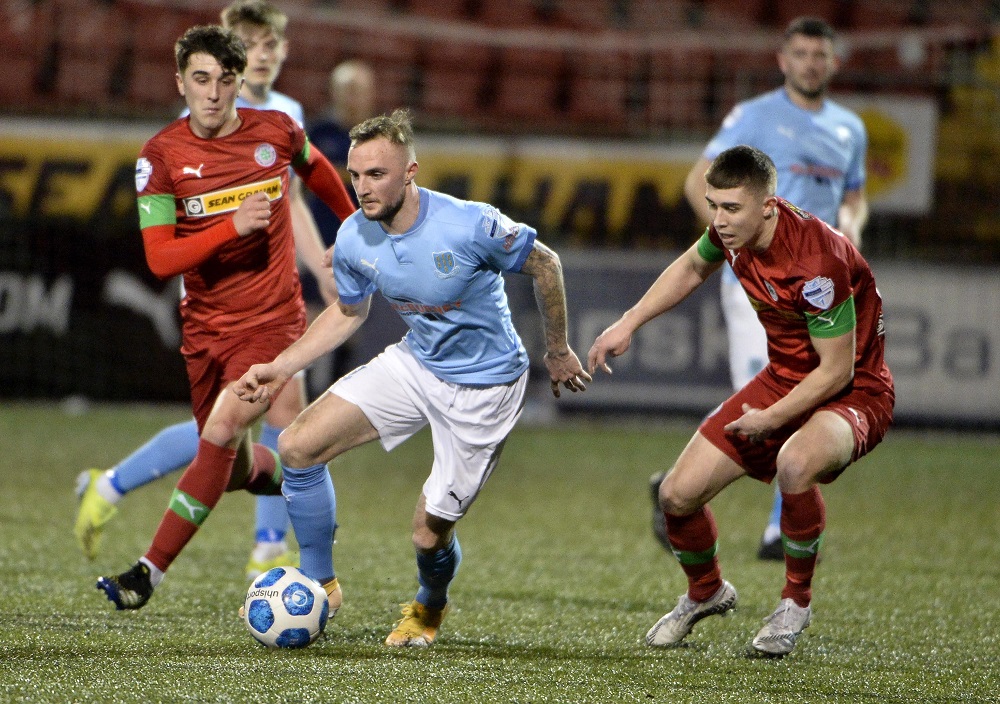 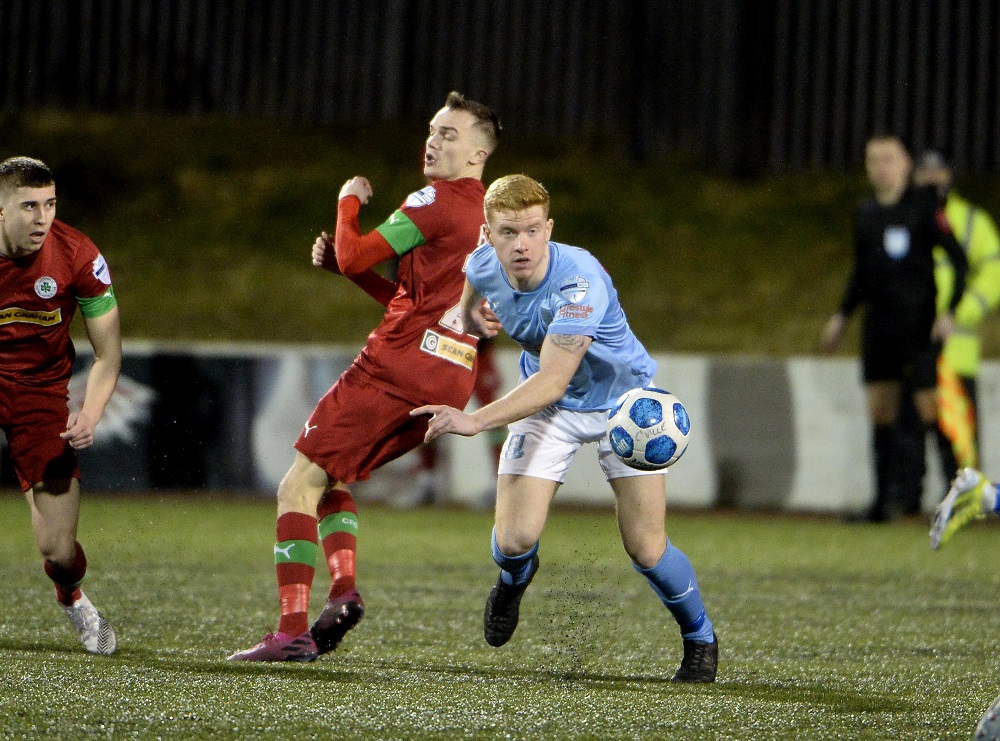 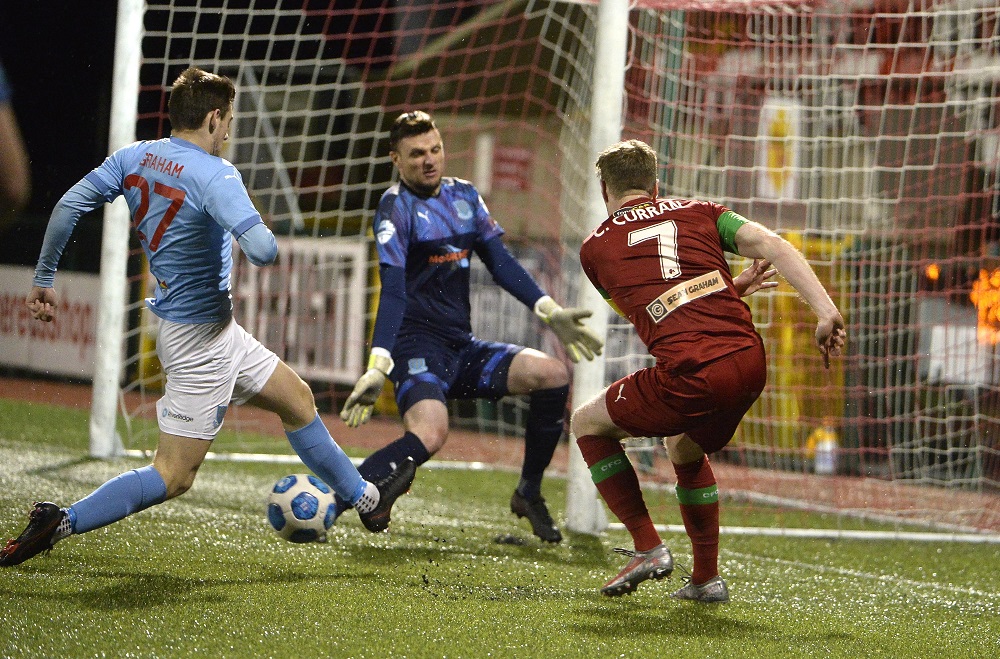 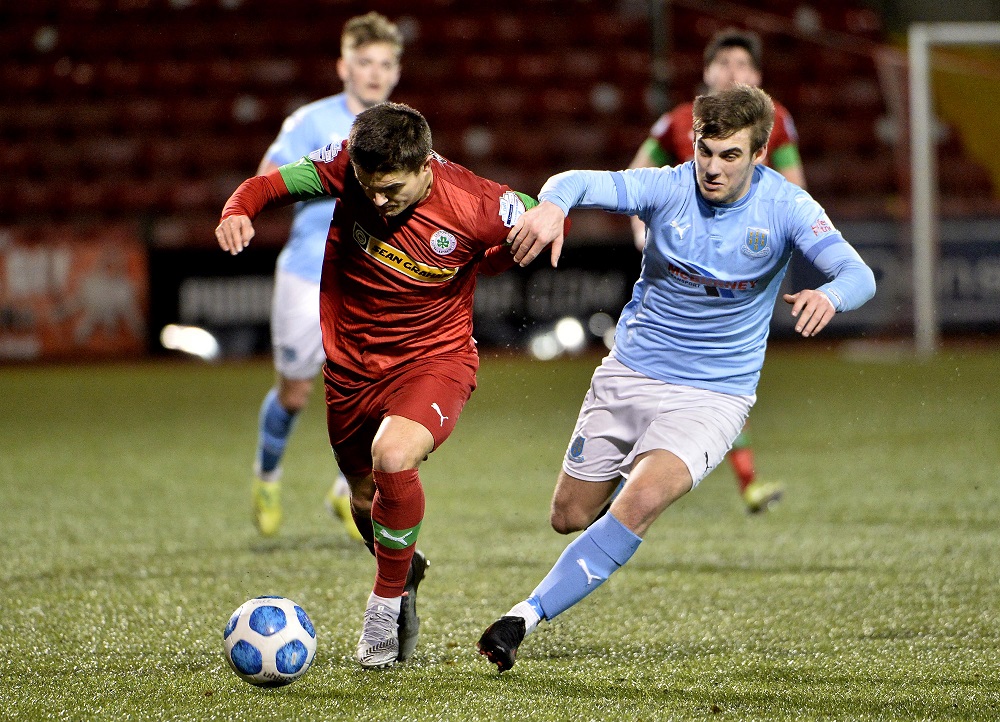 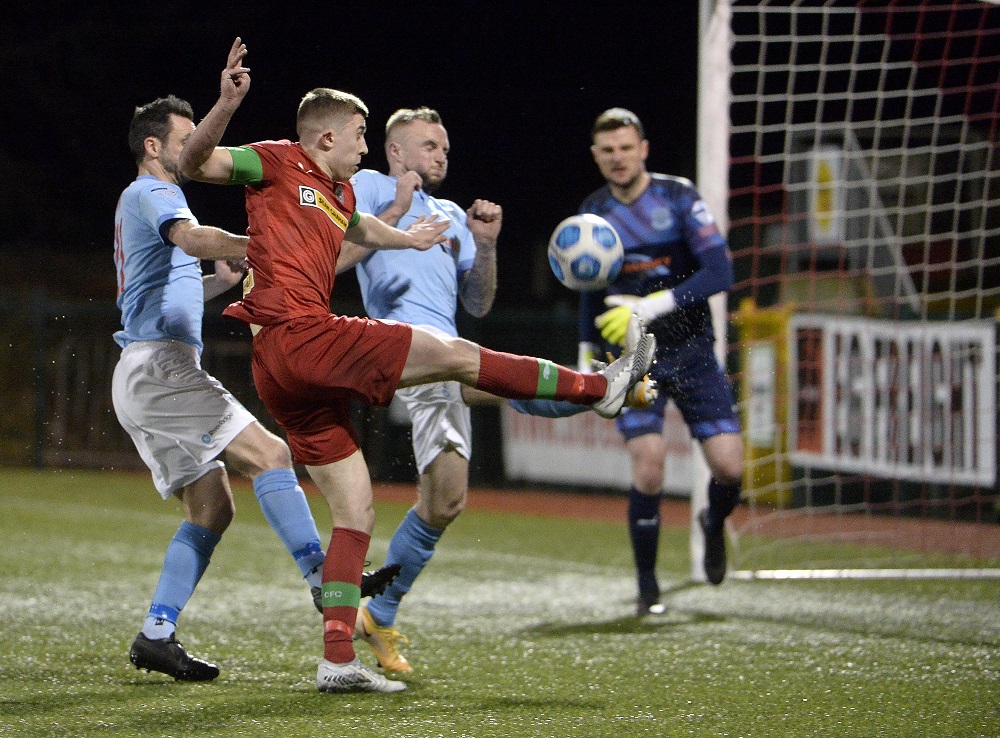