HALE DOUBLE KEEPS REDS AHEAD OF THE PACK

Rory Hale hit a double at Solitude as Cliftonville continued their unbeaten run to defeat Larne and maintain a two point gap at the top of the table.

A bright start to the game saw Joe Gormley test Rohan Ferguson with a header early on while, for Larne, Ben Doherty blasted a low effort straight at Declan Dunne.

Cliftonville edged in front after just ten minutes with Hale's first of the afternoon. Levi Ives sent over a pass from the left for Ronan Doherty to have a shot on goal but that was blocked only for the ball to fall for Hale to send a first time volley past Ferguson and into the net.

The Reds had a chance to double their advantage around the half-hour mark after a poor clearance from Ferguson only went as far as Ryan Curran but his attempt to make the opportunity count was blocked by Albert Watson.

Ferguson was called into action soon after when Kris Lowe charged forward to have a shot on goal but the visiting keeper did well to gather.

Larne levelled seven minutes before half-time. Tomas Cosgrove did well to send over a great cross for David McDaid to control and turn past Dunne from close range.

Cliftonville had an opportunity to extend their lead early in the second half on the counter attack but Hale, from a Gormley lay off, could only drag his shot wide.

The sides traded chances around the hour. Ferguson proved equal to another Lowe effort before play switched for Graham Kelly to see an effort blocked with Dunne then turning away a curler from Doherty.

However Cliftonville's winner came on 64 minutes. Jamie McDonagh provided the assist on this occasion with a cross from the right side for Hale to meet with his head and direct the ball beyond Ferguson from close range.

Larne pushed for the equaliser as the game progressed although they were largely restricted to a few long range efforts although Kelly did have a real opening just before the end only to volley over. 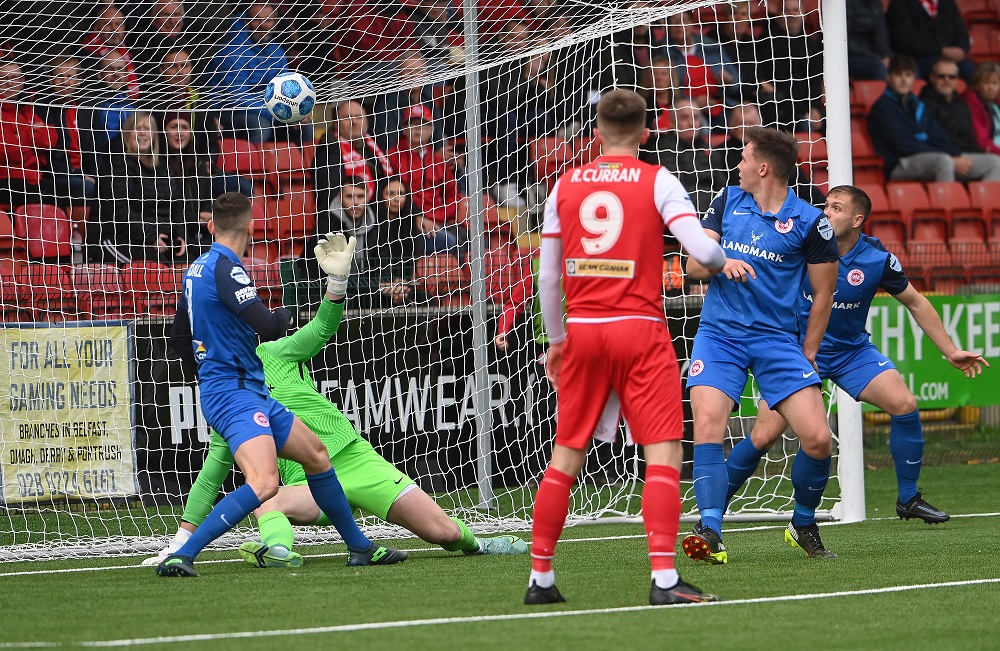 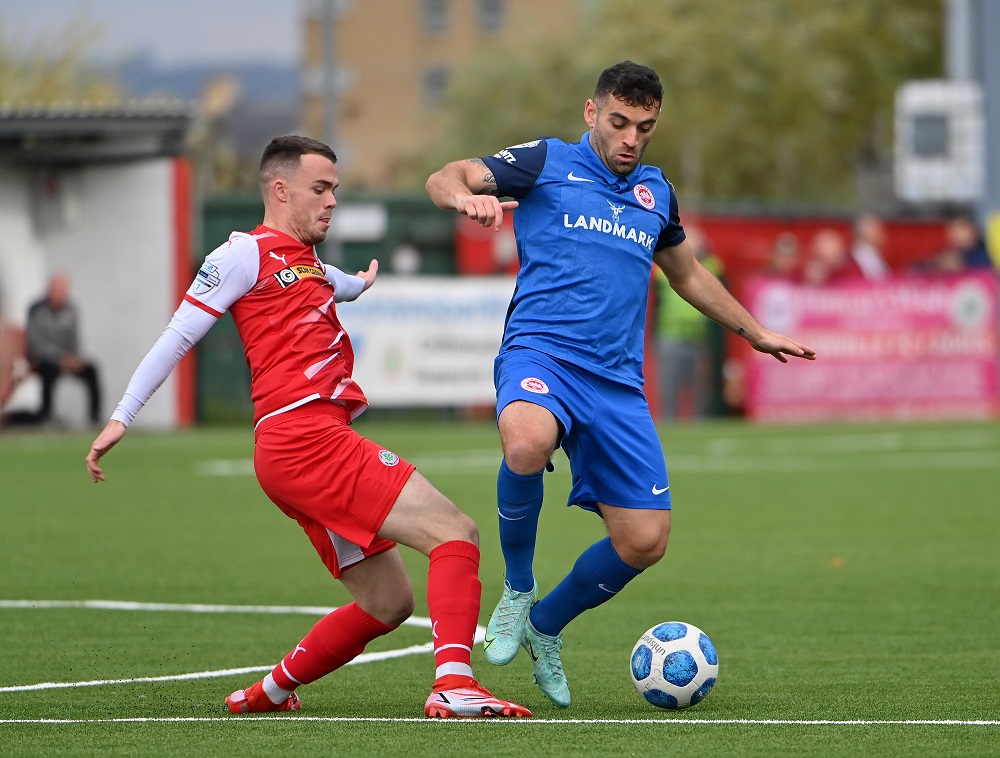 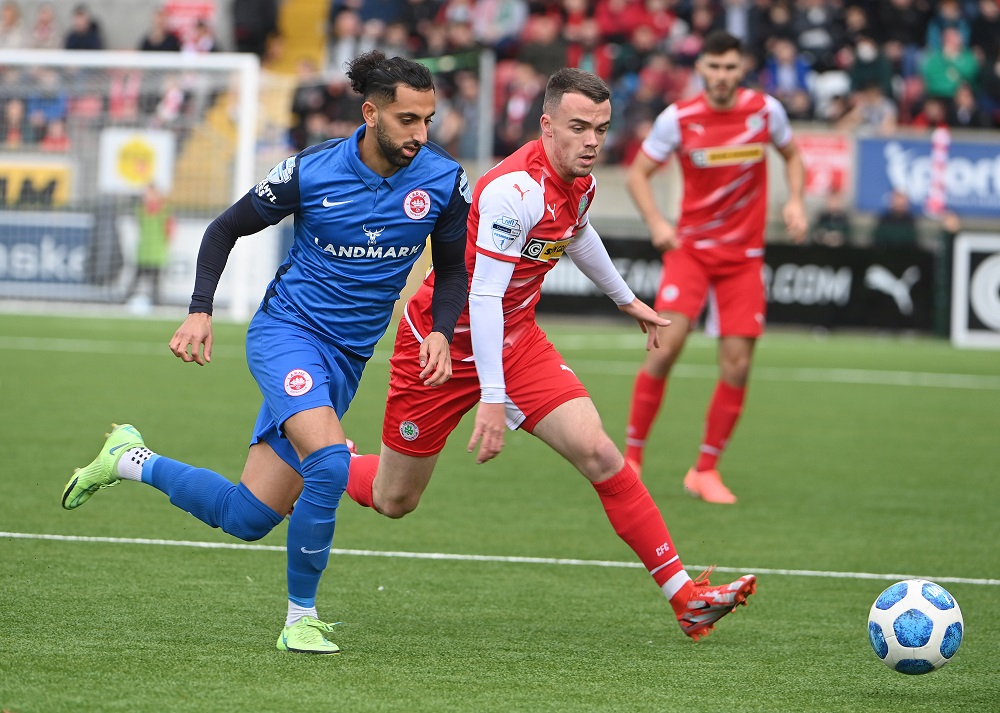 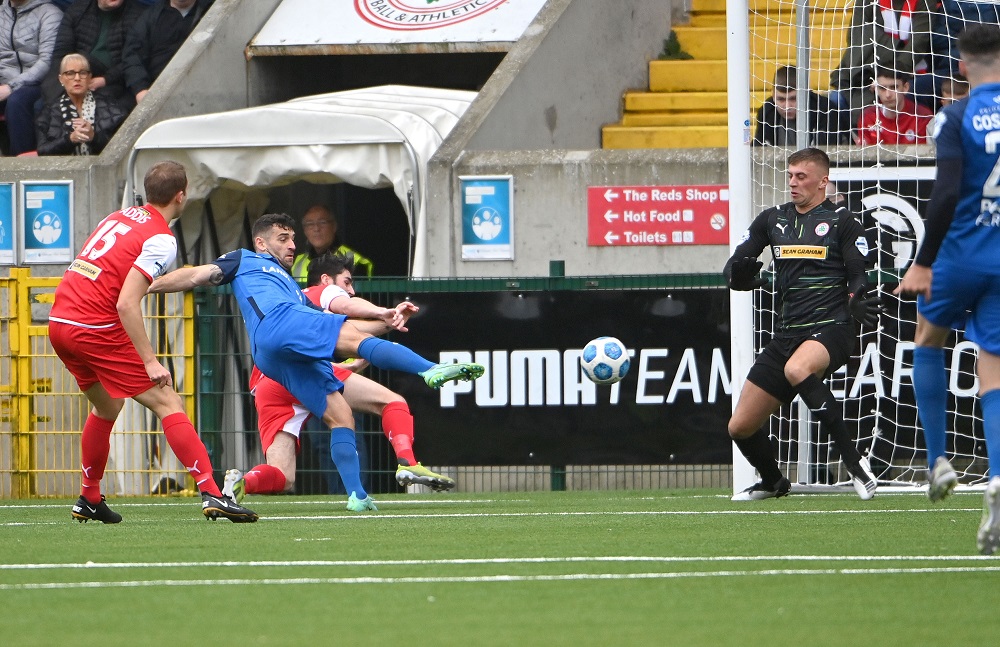 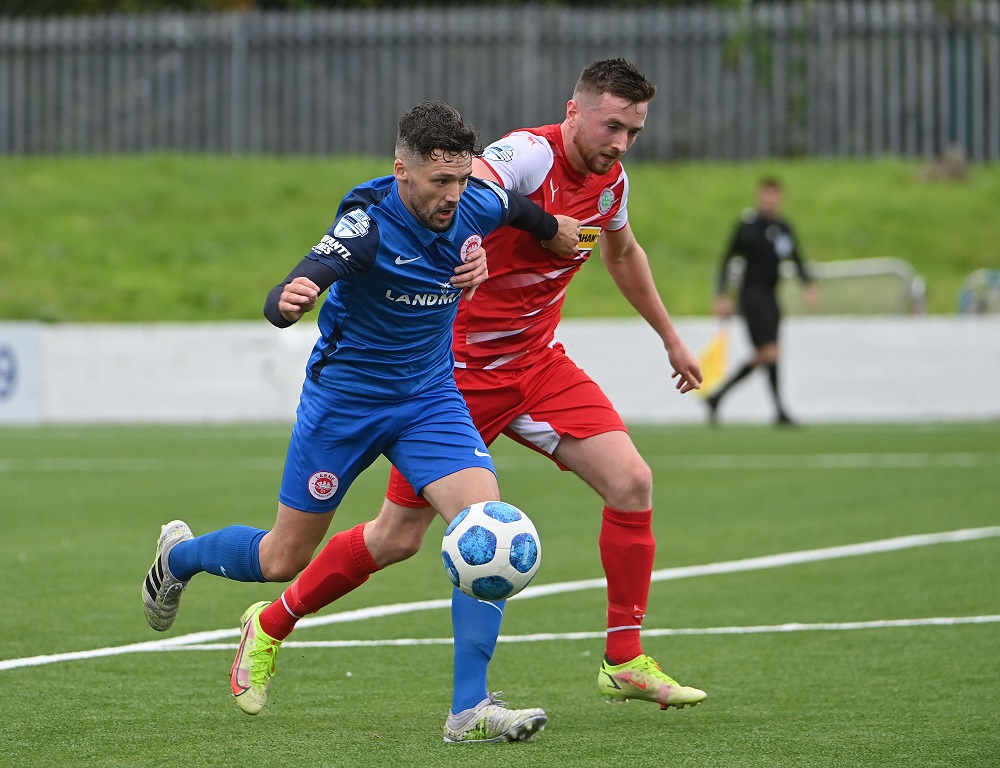 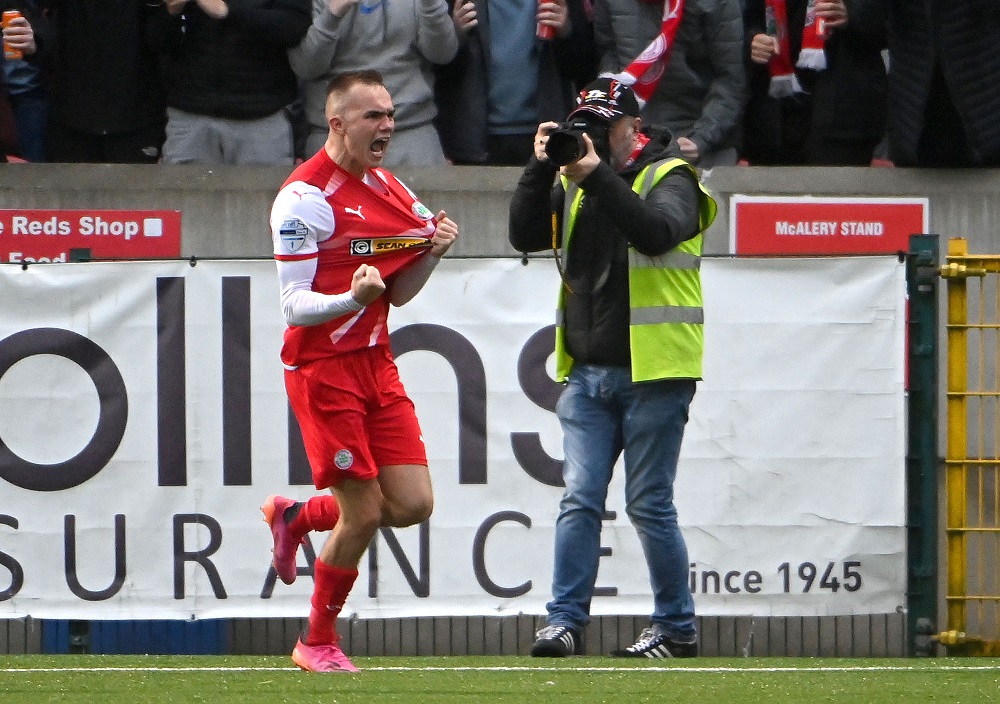