Jordan Stewart’s goal with two minutes to spare earned Linfield a point in a tightly contested Danske Bank Premiership clash against Larne in front of the Sky Sports cameras.

A cagey first half saw both sides cancel each other out at Inver Park, however Larne had the better of the openings but both Hale and Lynch failed to trouble Chris Johns with their early attempts.

The key talking point from the opening 45 minutes in which there were few clear cut chances came on 28 minutes when Larne goalkeeper Rohan Ferguson found himself in the book after racing out and halting Linfield forward Christy Manzinga in his tracks. In the ensuing melee three additional players across both sides were also booked.

It was goalless at the break, and it wasn’t until almost the hour when Andy Scott found space on the edge of the box but couldn’t break the deadlock as he foced Johns into smartly parrying clear.

The goal that a sold out crowd were waiting for came with ten minutes to go as two Larne substitutes combined as McDaid worked well to evade the Linfield defence and thread a superb pass to Navid Nasseri and the former Blues winger broke through to rifle the ball home.

This set up a grandstand finish in East Antrim, as David Healy reached into his own attacking armoury two substitutes combined as former Larne favourite Martin Donnelly delivered an inch perfect cross from a free-kick onto the head of Jordan Stewart for an equaliser on 88 minutes.

The point apiece means no change in the Danske Bank Premiership standings for the title chasing duo, Linfield stay second with Larne in fourth place. 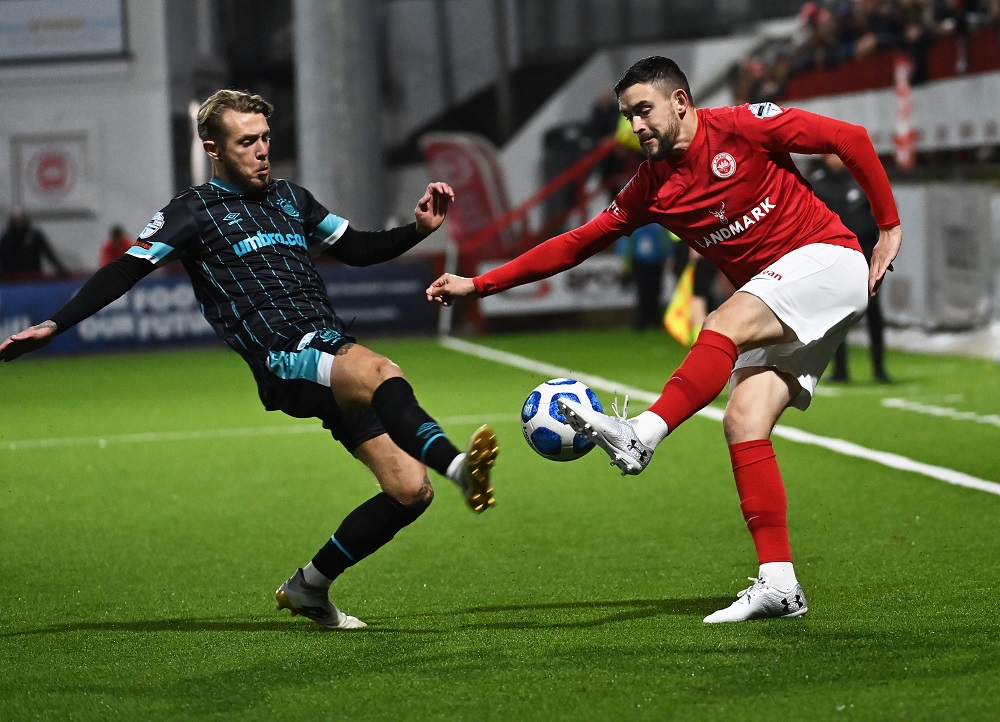 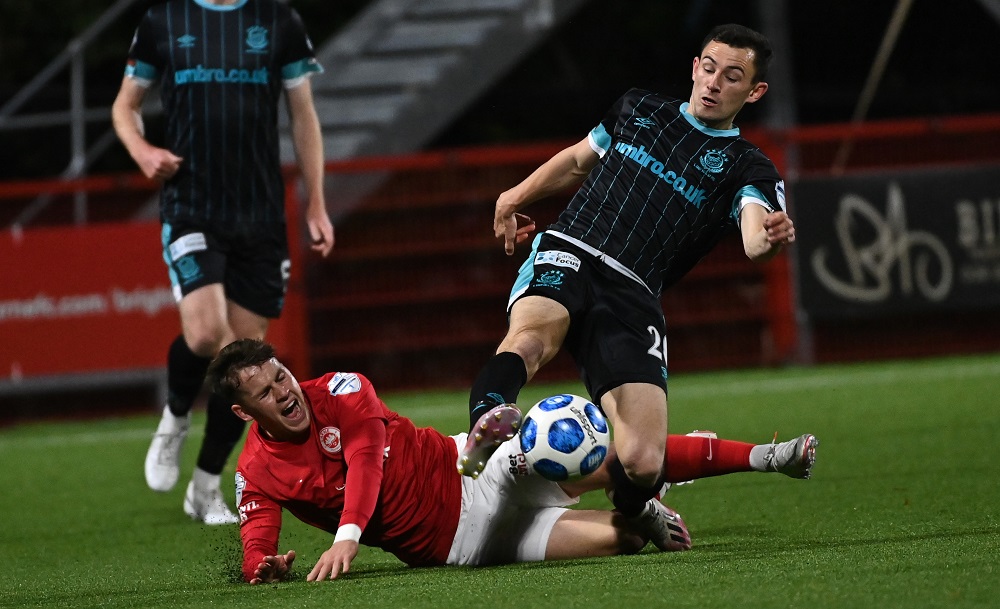 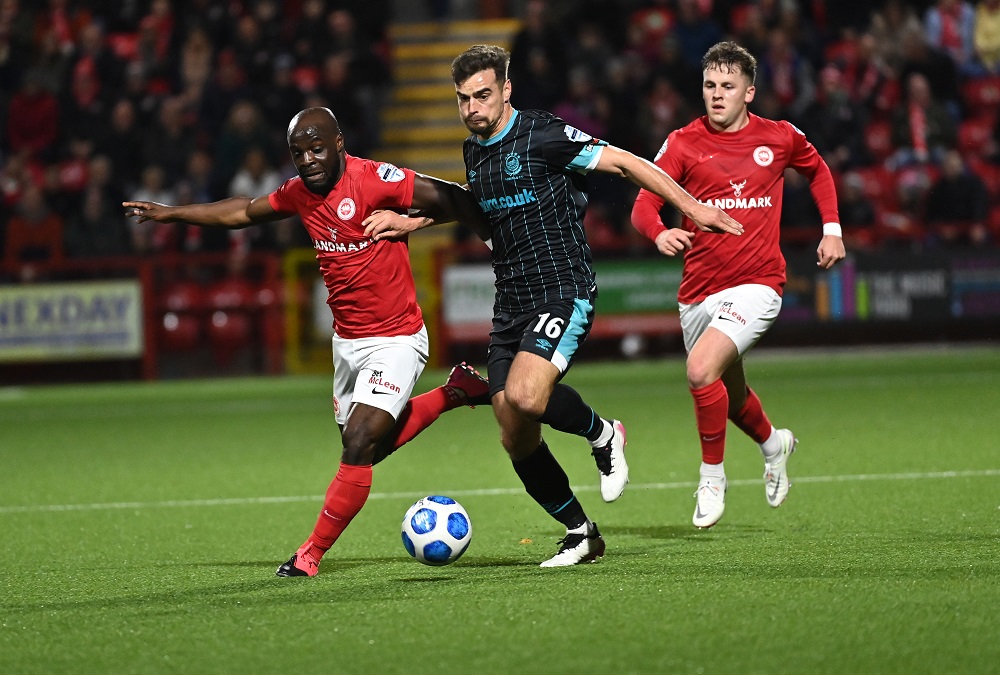 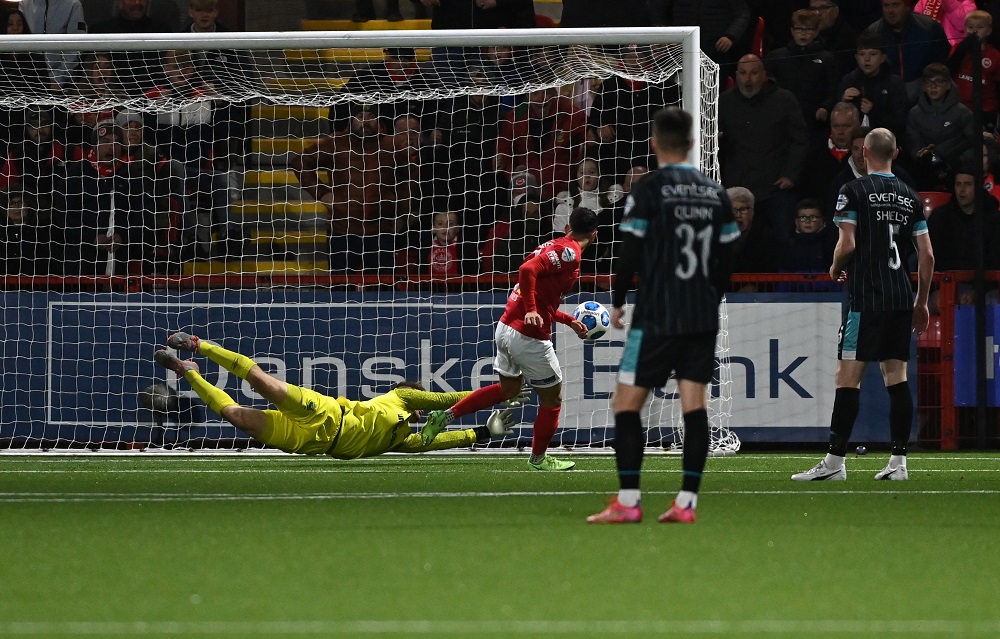 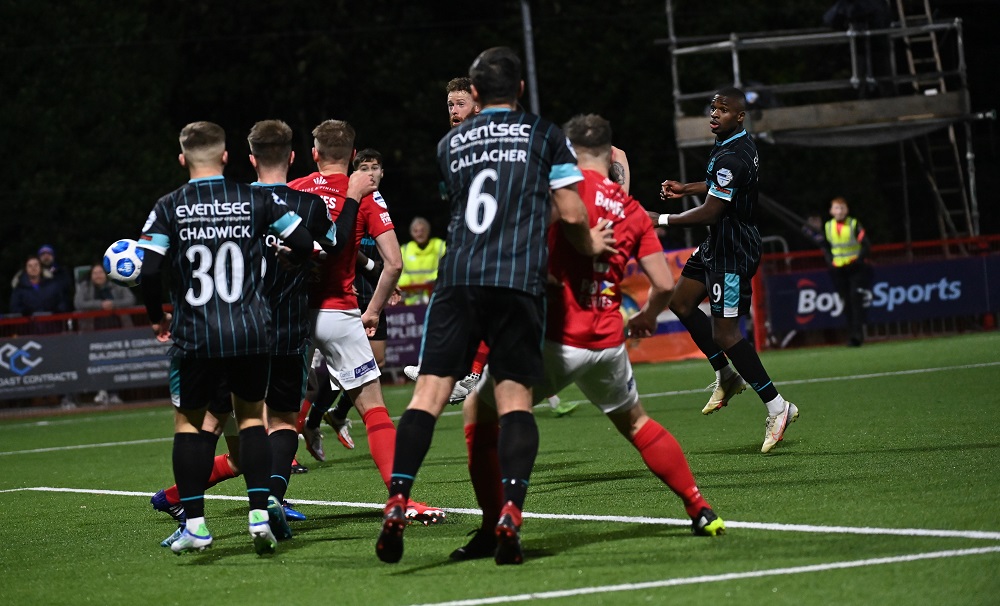 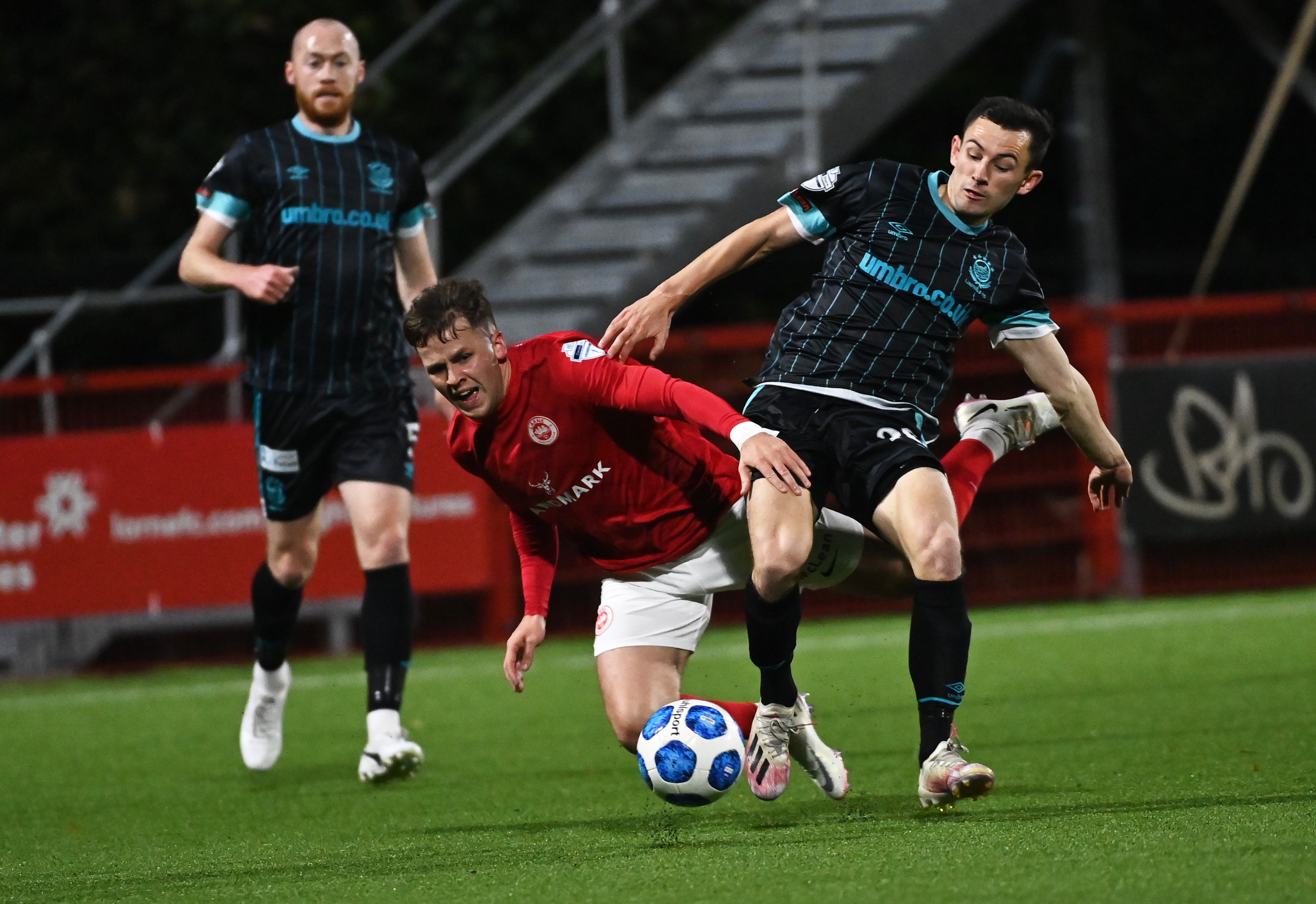