Larne swept to a three-goal victory over Ballymena United at The Showgrounds thanks to finishes from Mark Randall and Navid Nasseri.

The visitors got off to a great start when, after barely 90 seconds had elapsed, Ronan Hale played a clever ball into the area for Randall to run onto and slot past Jordan Williamson.

Hale almost made it 2-0 a few minutes later only to just fail to turn home Graham Kelly's cross while, after a quarter-of-an-hour, he came close again only to be denied by Williamson at point blank range.

Williamson was called into action again to thwart Randall midway through the first half, but Ballymena had a chance level matters soon after when Ryan Waide sent an effort just past the post from the edge of the area.

But Larne looked the more likely to extend their advantage with Hale proving a particular threat with another couple of opportunities stopped by the home keeper.

However, Larne did double their lead on 36 minutes albeit in controversial circumstances. Ballymena had vociferous penalty claims turned away by referee Steven Gregg and whilst they were protesting Larne broke down the other end on the counter for Randall to bag his second of the afternoon.

Steven McCullough might have pulled one back for Ballymena around the hour mark when he ran through on goal and attempted to chip Conor Mitchell only for the ball to drop the wrong side of the post.

Larne's third arrived soon after, however, to kill the game off. Some intelligent play from John Herron kept the ball alive before he laid it off for Nasseri to turn beyond Williamson.

To their credit, the Sky Blues kept going and almost grabbed a 73rd minute consolation through Conor Keeley's header onto an upright. 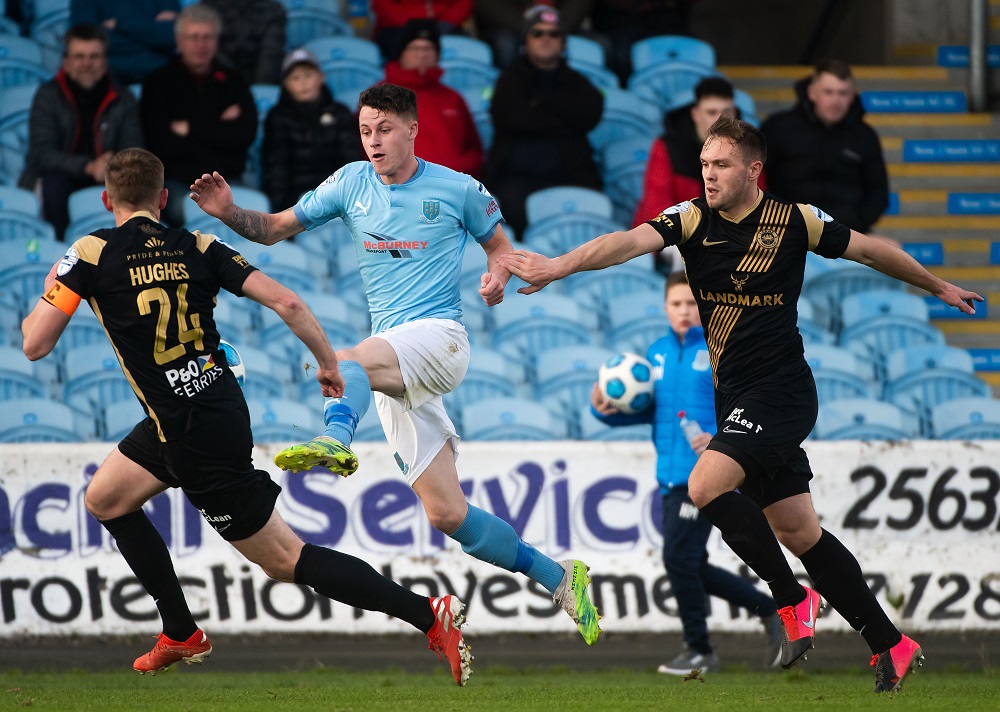 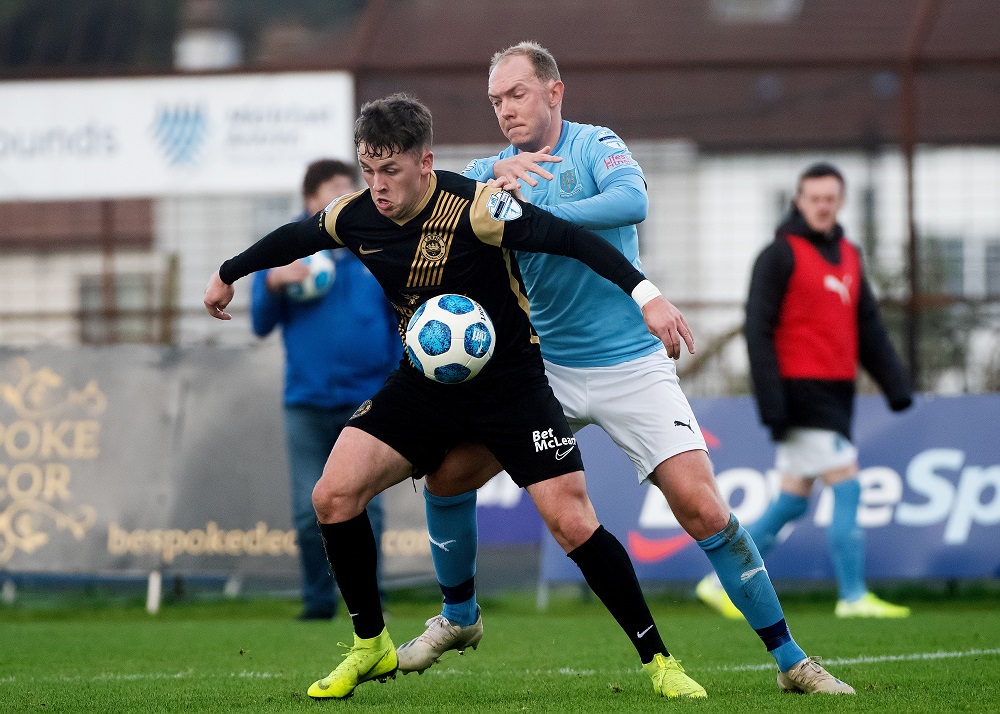 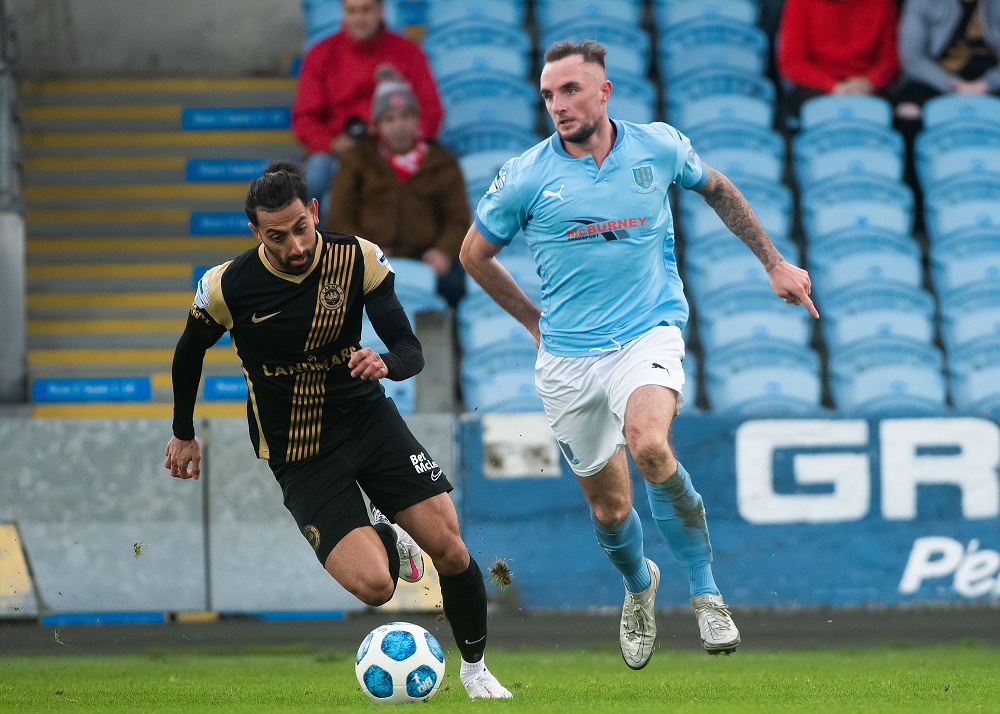 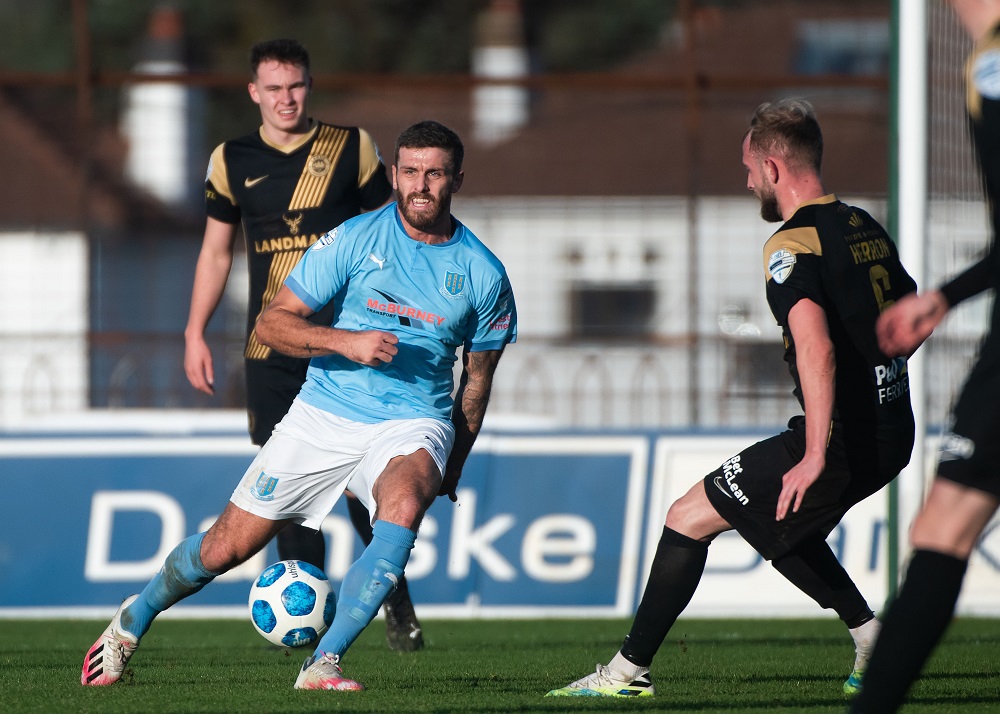 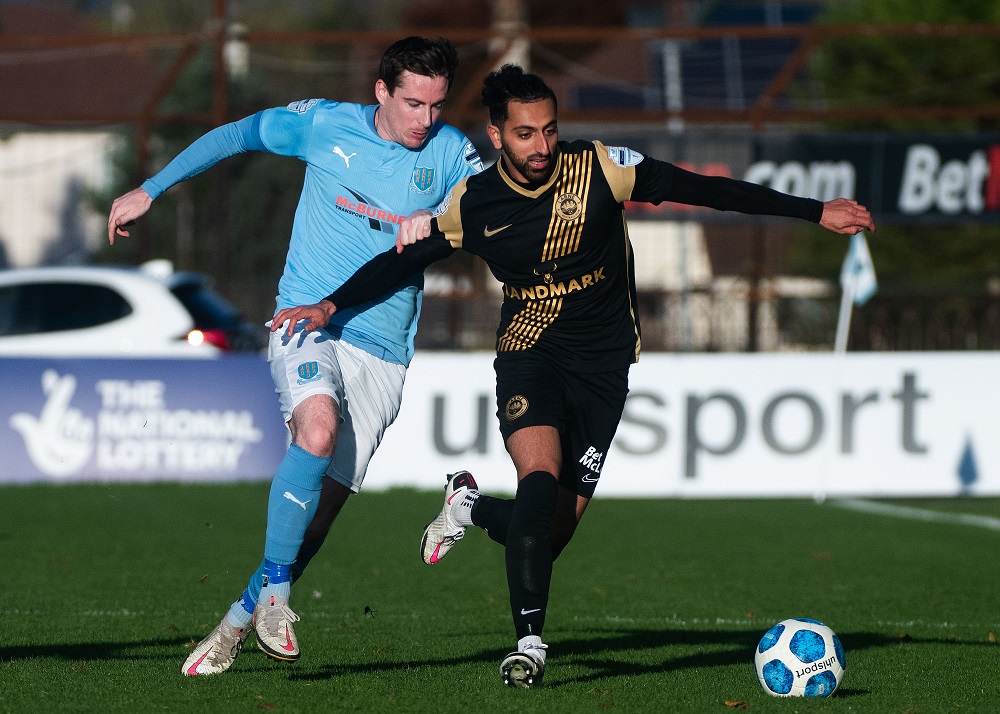 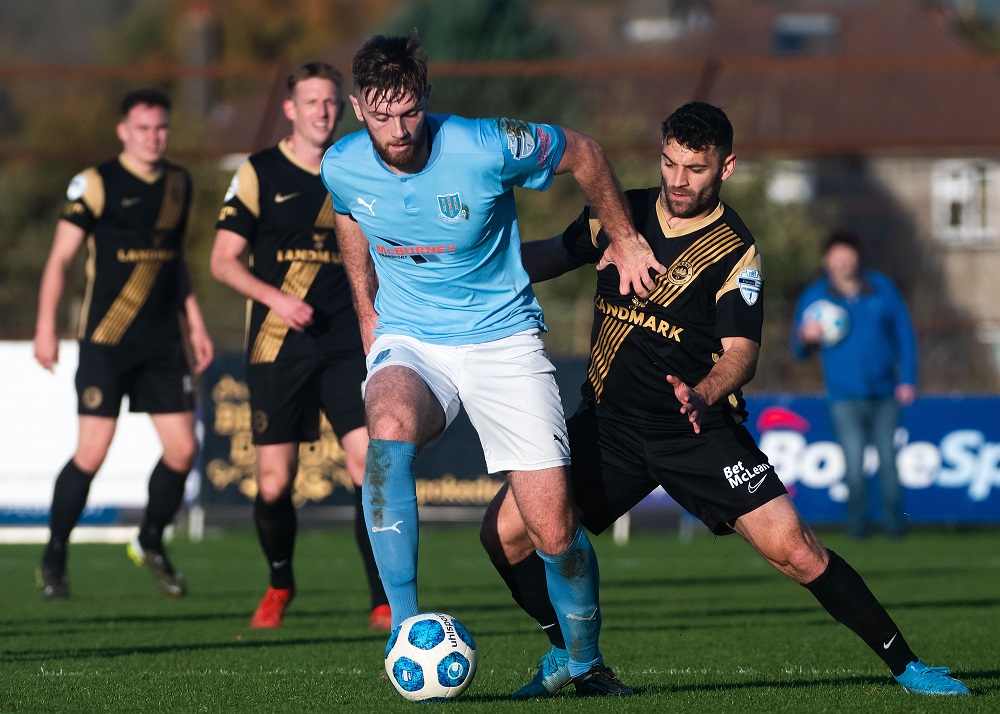