Cliftonville stretched their lead at the top of the table to five points following a three goal defeat of Dungannon Swifts at Solitude.

After a number of half chances during the opening exchanges the Reds finally moved in front on 25 minutes through Ronan Doherty who headed past Dwayne Nelson after meeting Jamie McDonagh's right-footed corner.

The home side might have doubled their advantage soon after. Chris Curran laid the ball off for Joe Gormley but he could only fire straight at Nelson, while Curran sent the follow up into the side netting.

However it was 2-0 on 36 minutes after another McDonagh ball reached Gormley who duly wasted no time in firing past the Swifts keeper from point blank range.

Gormley almost added a third moments later only to hit the woodwork with a quick turn and shot, again from a McDonagh delivery.

The Swifts squandered a chance to reduce the deficit midway through the second half but Caolin Coyle could only fire straight at Declan Dunne from inside the box.

McDonagh came close to turning home Cliftonville's third a little later but was denied when Nelson flicked the ball over.

But he wasn't to be denied four minutes from time. Doherty played Gormley through to have a shot which fell just short but McDonagh kept the ball alive to apply the finishing touch and get the goal his earlier efforts deserved. 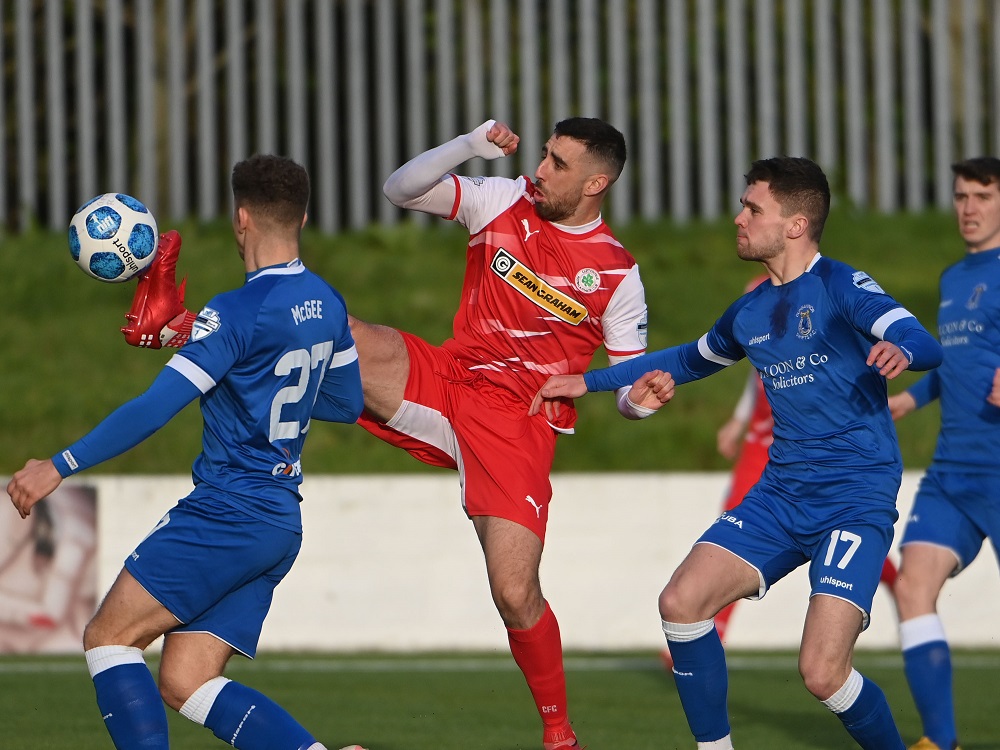 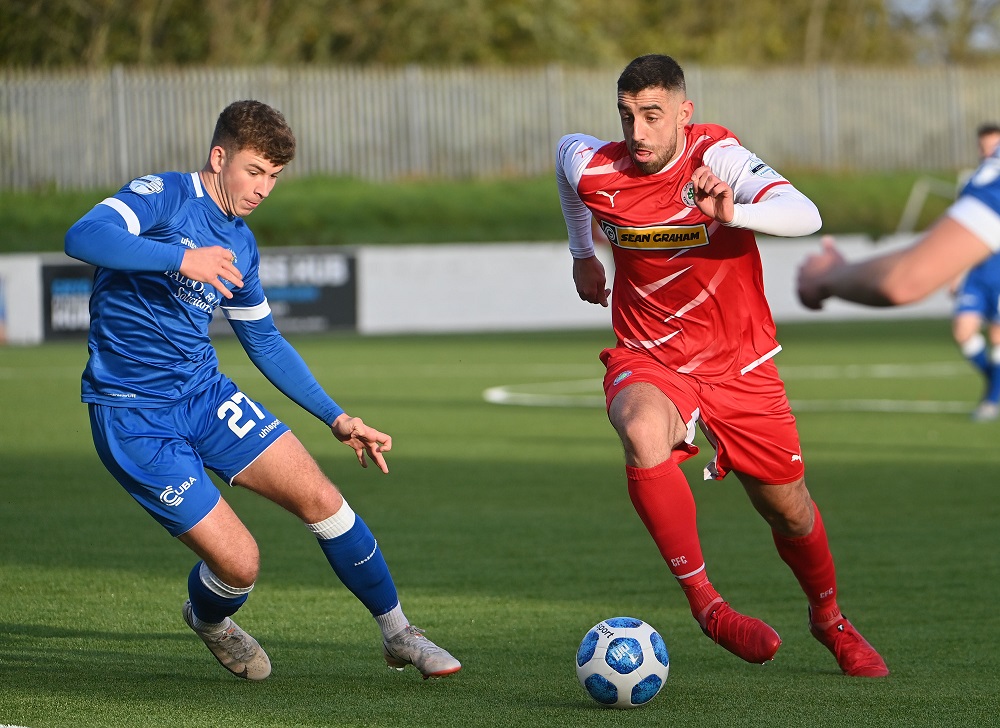 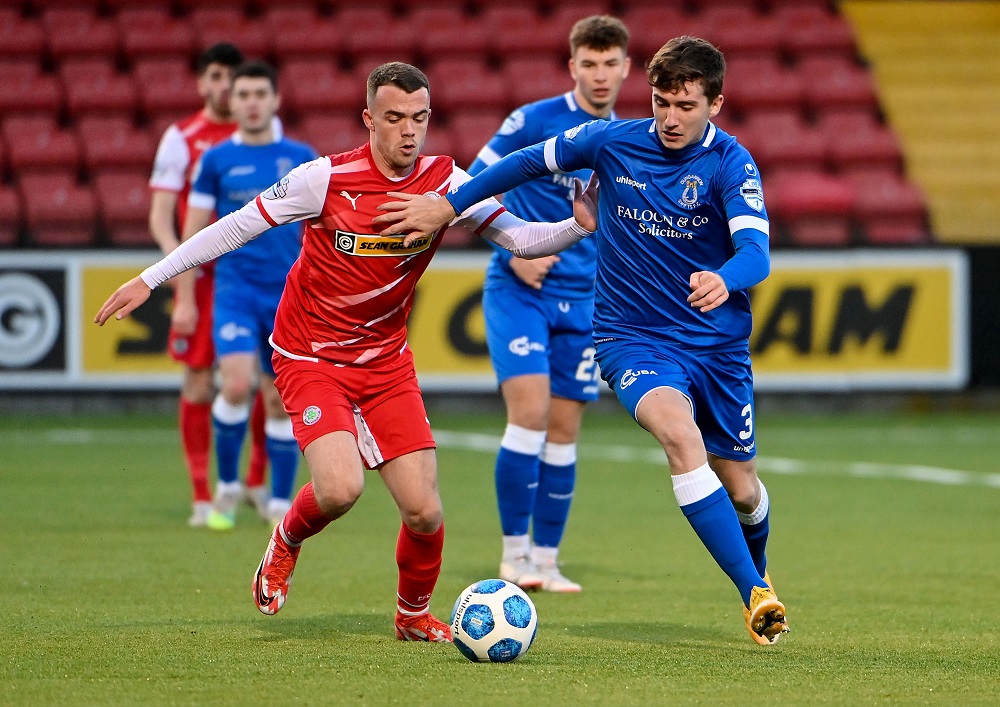 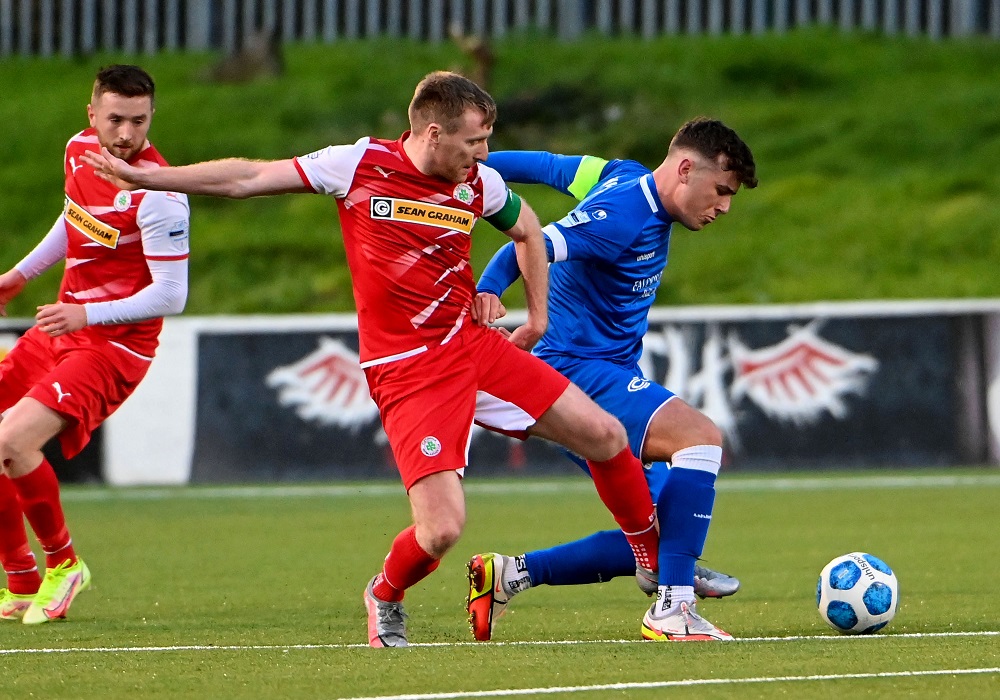 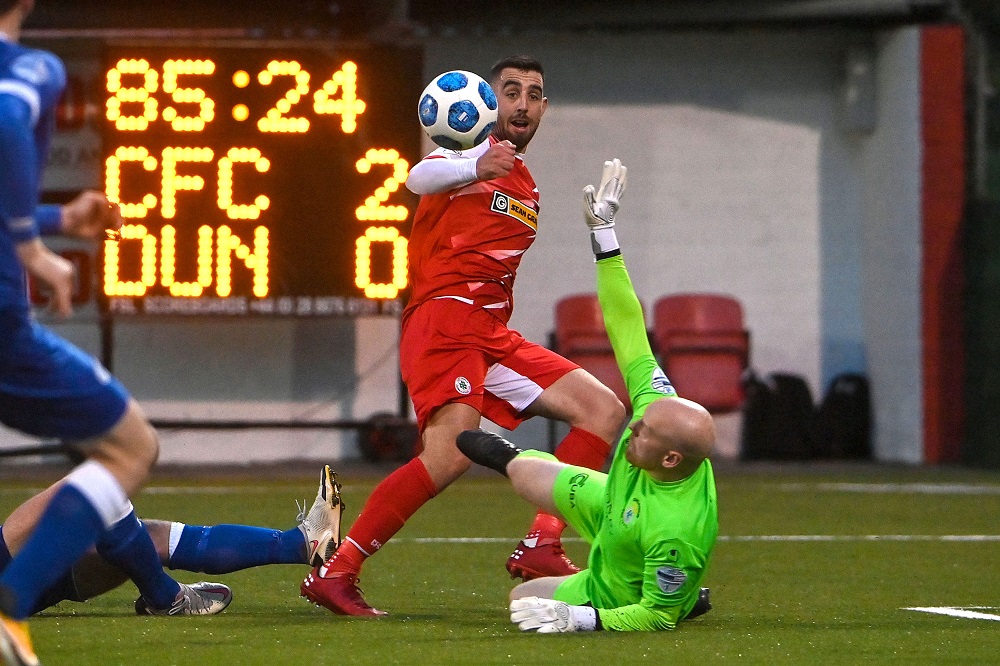 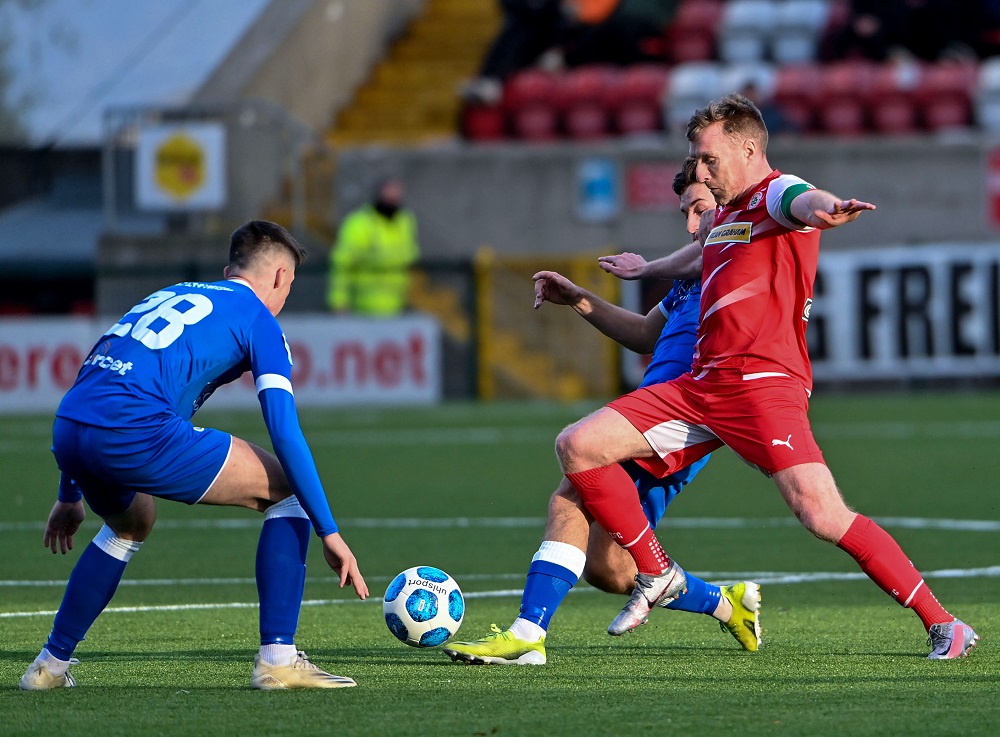