KEELEY AND McELROY TURN IT AROUND FOR THE SKY BLUES

Goals from Conor Keeley and Paul McElroy helped Ballymena United come from behind to beat Larne on a bitterly cold Friday night at The Showgrounds.

A somewhat nervy and edgy opening period produced little by way of clear cut chances up front, and it took until the 25th minute for the first effort of note to emerge when Larne's Graham Kelly fired straight at United keeper Jordan Williamson from outside the area.

Ballymena created their first threatening move just after the half-hour mark through Steven McCullough who did well to turn before testing Rohan Ferguson with a powerful effort which the Larne keeper turned away.

Williamson pulled off another stop at the other end on 40 minutes when he did well to turn away Ben Doherty's effort before playing switched again for McElroy to send over a ball to Ryan Waide at the back post but he could only nod wide of the target.

However, the deadlock was broken in Larne's favour just six minutes into the second after Doherty sent over a cross from the right for David McDaid to fire into the bottom left past the stranded Williamson.

Jude Winchester might have levelled on 58 minutes with an effort from distance which Ferguson tipped over but, from the resultant corner, Keeley was on hand to power home a header from Ross Redman's set piece.

The Sky Blues continued to apply the pressure after the equaliser and were duly rewarded for their efforts with a quarter-of-an-hour remaining when, on the counter attack, McElroy stepped inside a defender before sending the ball into the bottom corner.

And David Jeffrey's almost added to their lead soon after that when Keeley nodded wide from another Redman corner before, a minute from time, substitute David Parkhouse - marking his return from an injury sustained on the opening day of the season - crashed a header off the crossbar from McCullough's delivery. 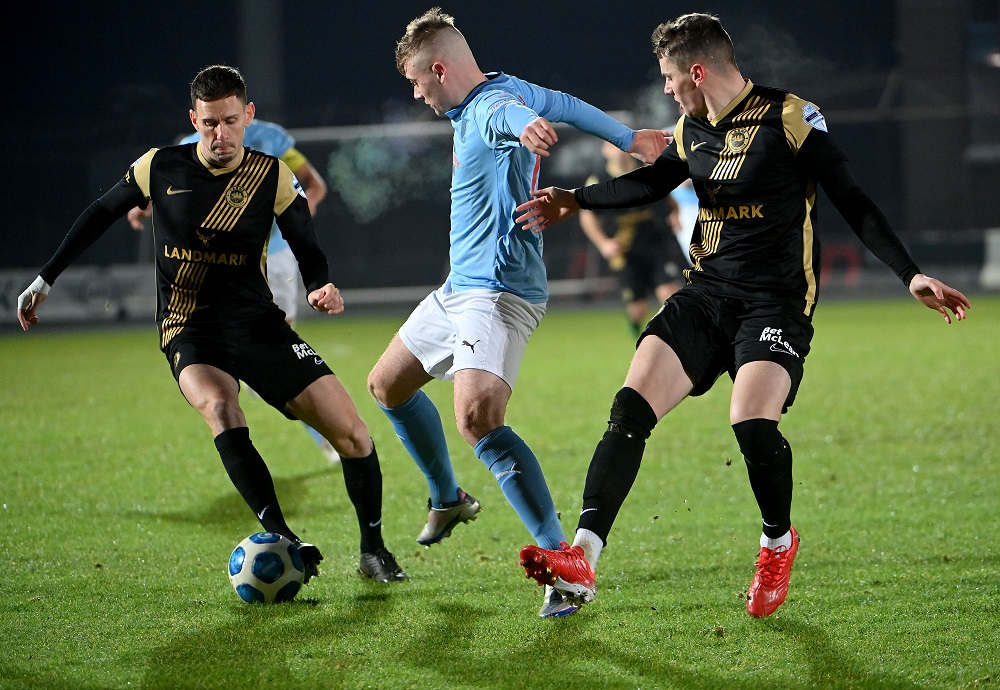 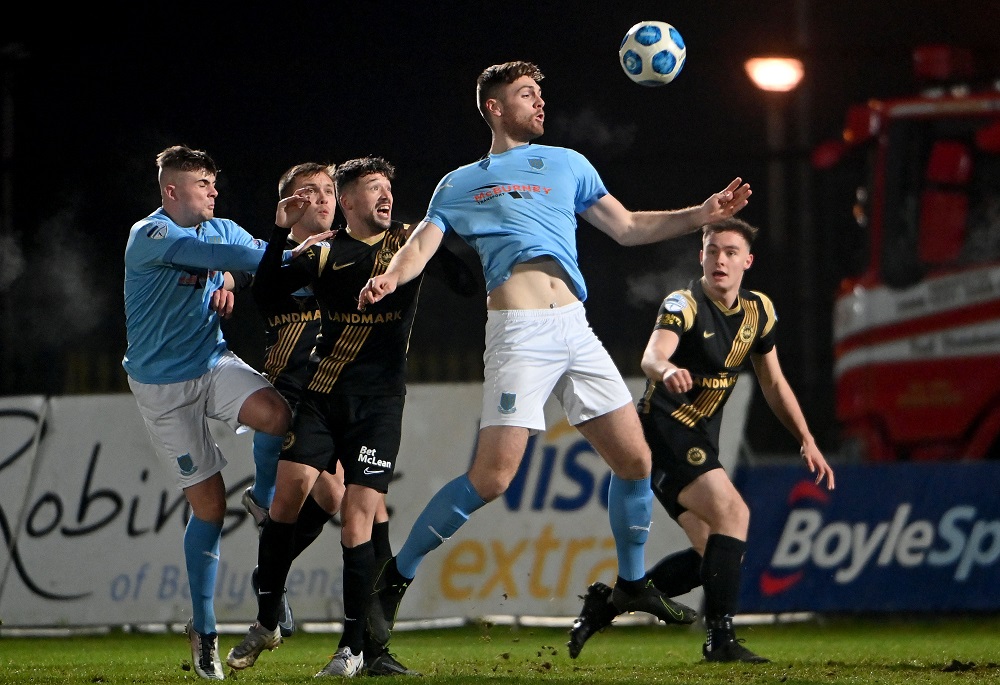 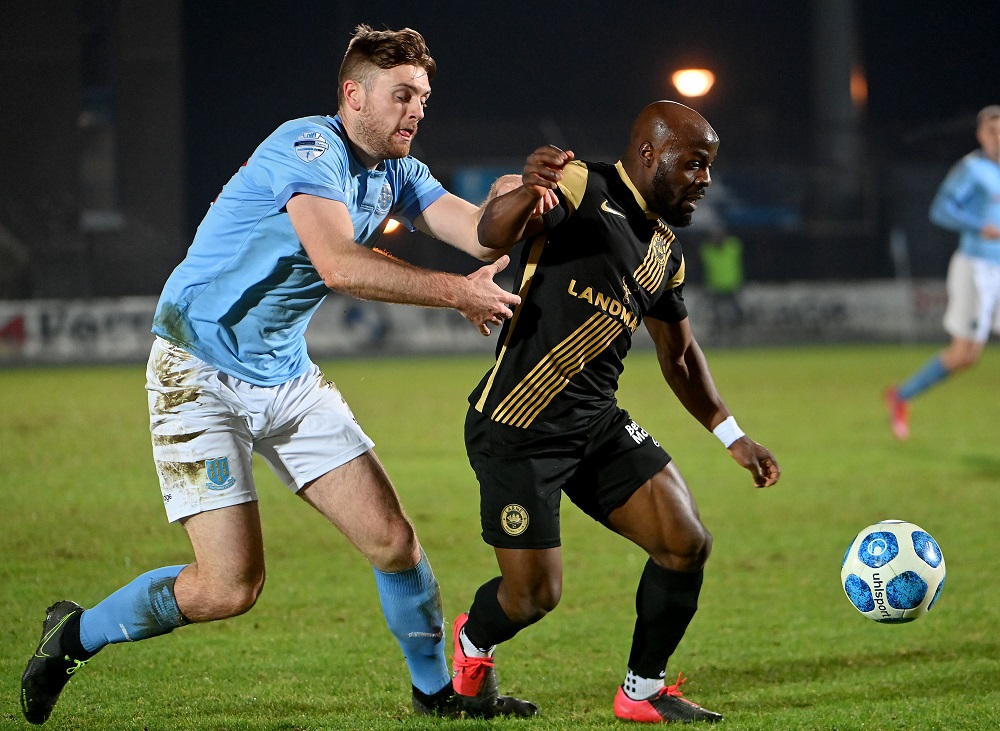 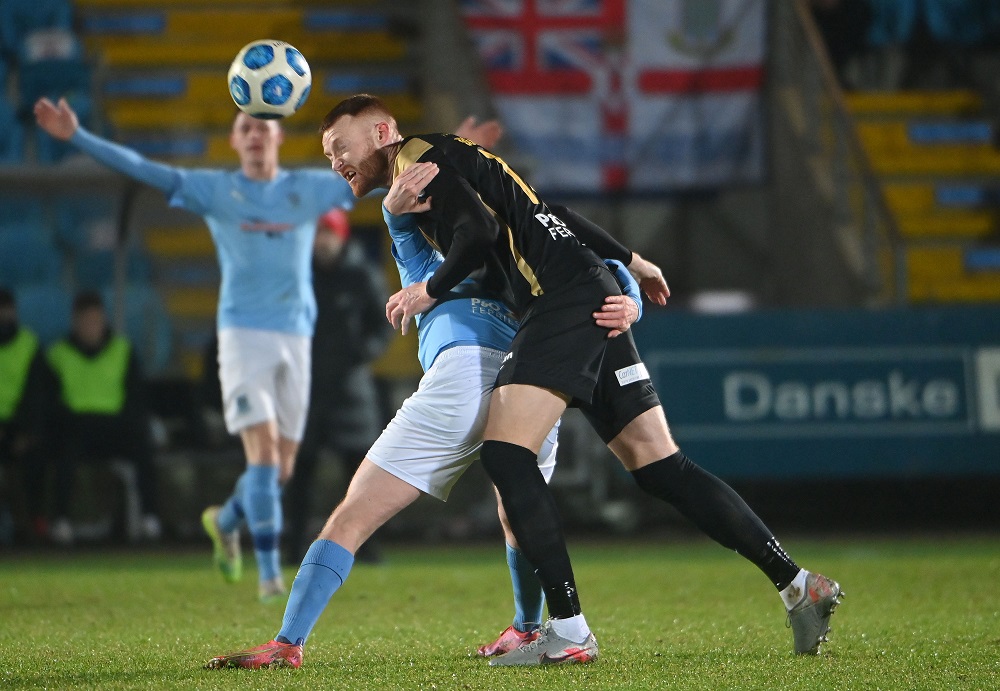 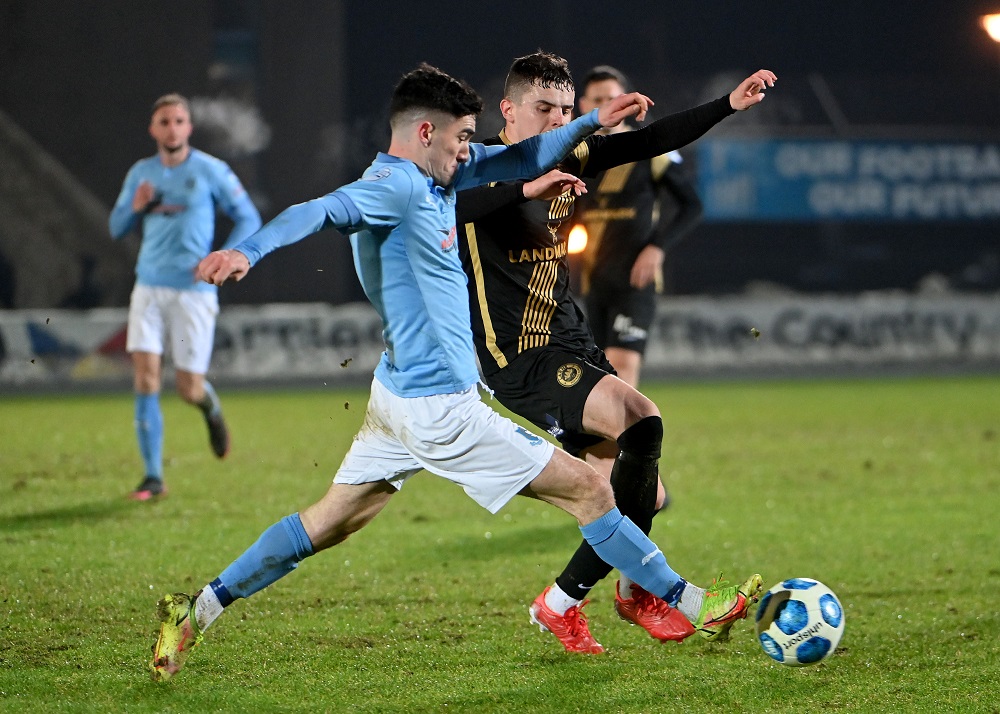 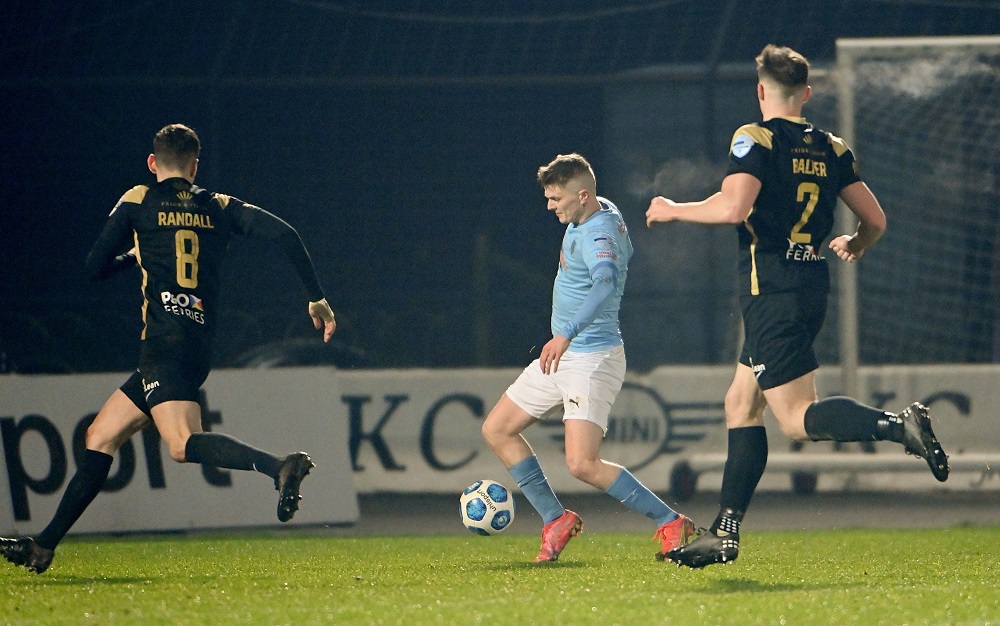