Ballymena United and Cliftonville shared the points at The Showgrounds in a game that ended in dramatic fashion.

For most of the evening the eventual outcome looked most unlikely as two superb Jamie McDonagh strikes seemed to put the Reds very much in the driving seat but Ballymena's never-say-die attitude ended with the Sky Blues salvaging a point.

A quiet start to proceedings saw both sides trying to cope with the increasingly blustery conditions, but it was visitors Cliftonville that seemed to adapt sooner.

The Reds almost moved in front when McDonagh squared the ball across the face of goal for Chris Gallagher but Sean Graham was on hand to clear the danger off the line.

Then, not long after that, Ryan Curran fired into the side netting before McDonagh saw an effort palmed away by Ciaran Gallagher while Joe Gormley's attempted rebound was blocked.

But Cliftonville did find a way through on 18 minutes in spectacular fashion when, from the edge of the area, McDonagh unleashed an utterly unstoppable right-foot volley past a static Gallagher into the far corner.

And McDonagh almost doubled up a few minutes after that but failed to find the target in front of a gaping goal, although the ball did seem to bounce awkwardly before he connected.

Ballymena did come into the game the more the first half progressed, with Mikey Place only denied by a Jonny Addis block while Leroy Millar just failed to get a strong enough connection on Ross Redman's corner.

Former Sky Blue Addis should have made it 2-0 just after the hour when a McDonagh corner reached him at the back post but he couldn't find a way to touch the ball over the line.

However, Cliftonville's second eventually arrived on 81 minutes and, arguably, it was even better than the first. McDonagh once again demonstrated his deadly form by collecting a loose ball, evading a number of tackles to get past the home defence and then beating Gallagher with the outside of his right foot from around 18 yards.

Ballymena grabbed what seemed to be a consolation with a couple of minutes to go when skipper Millar caught the Reds defence napping to beat Luke McNicholas at the near post.

However, two minutes into stoppage time, referee Lee Tavinder adjudged that Gallagher was guilty of handball as the ball bounced around the area and, from the resultant spot-kick, Paul McElroy stepped up to power a strong penalty straight down the middle of the goal. 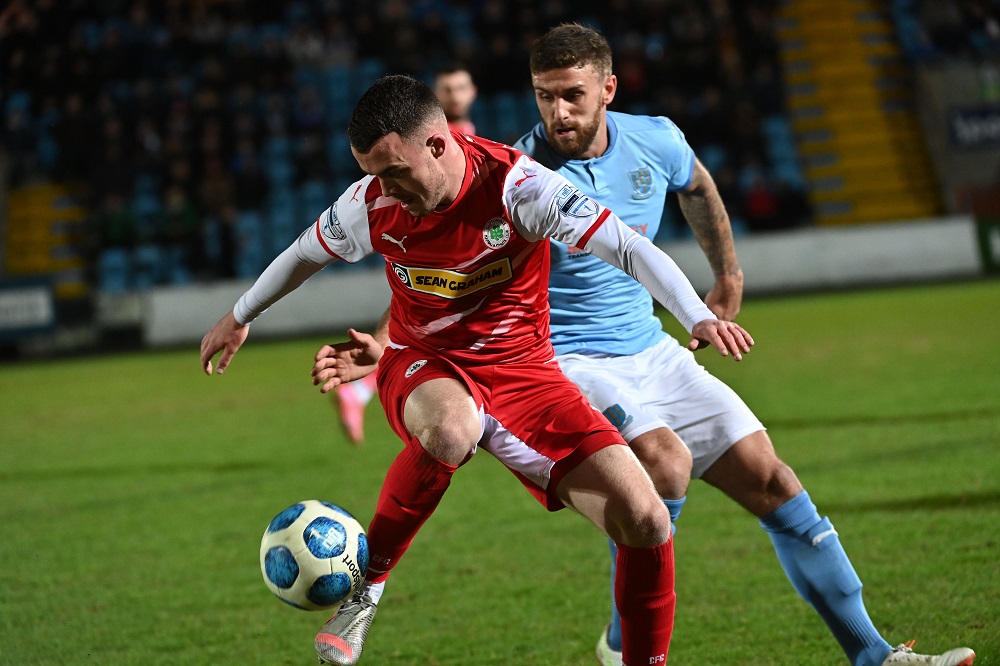 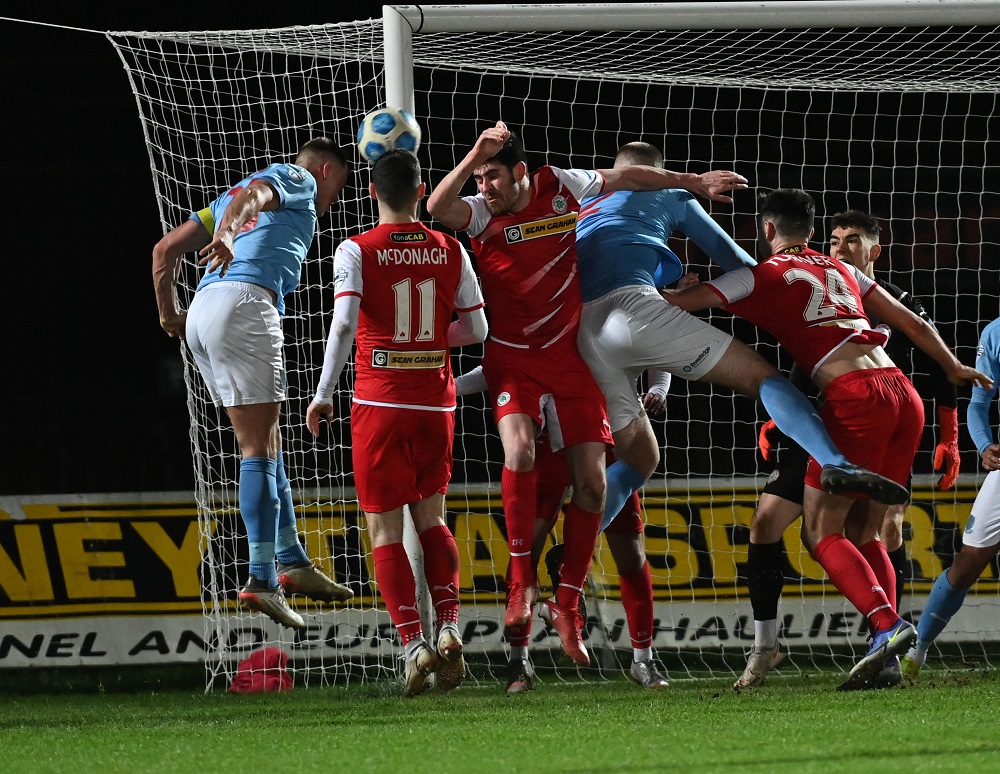 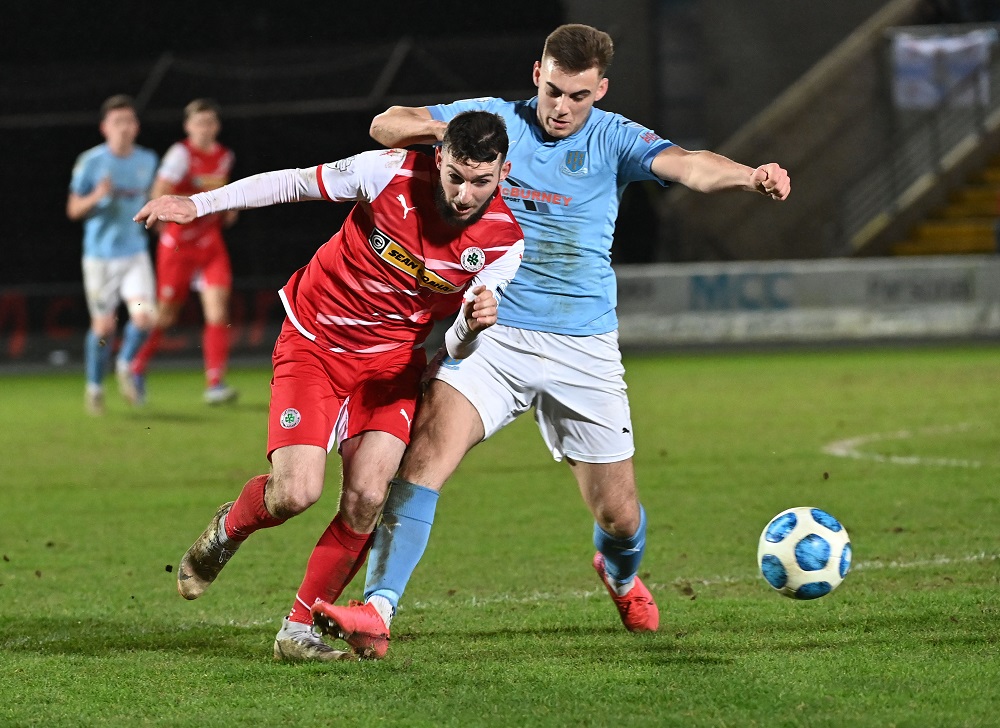 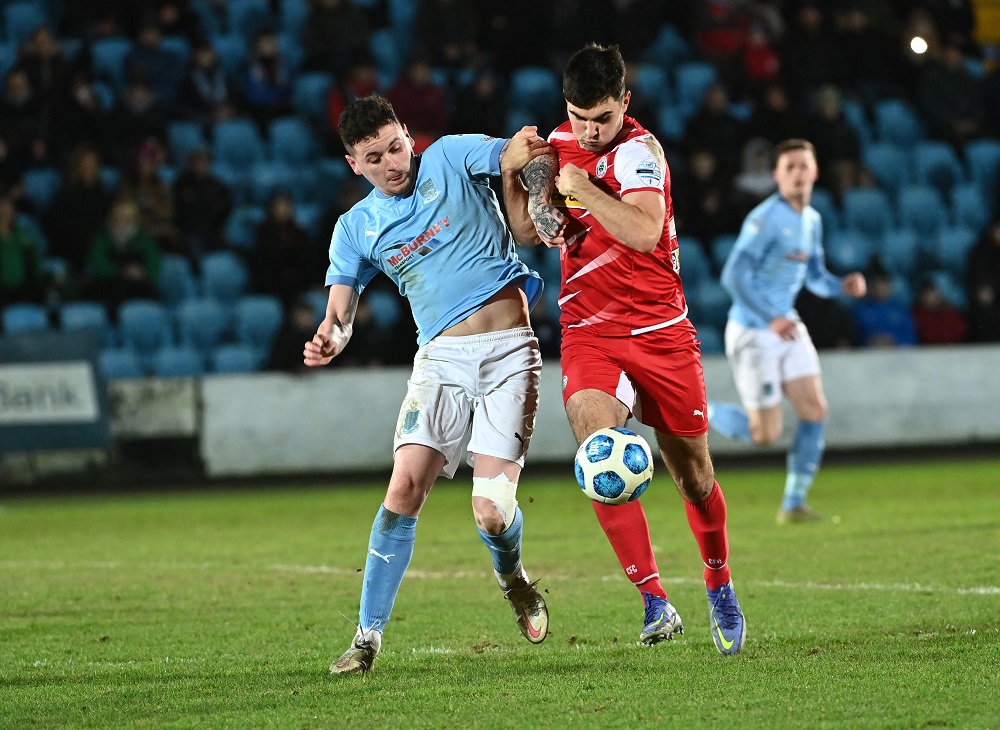 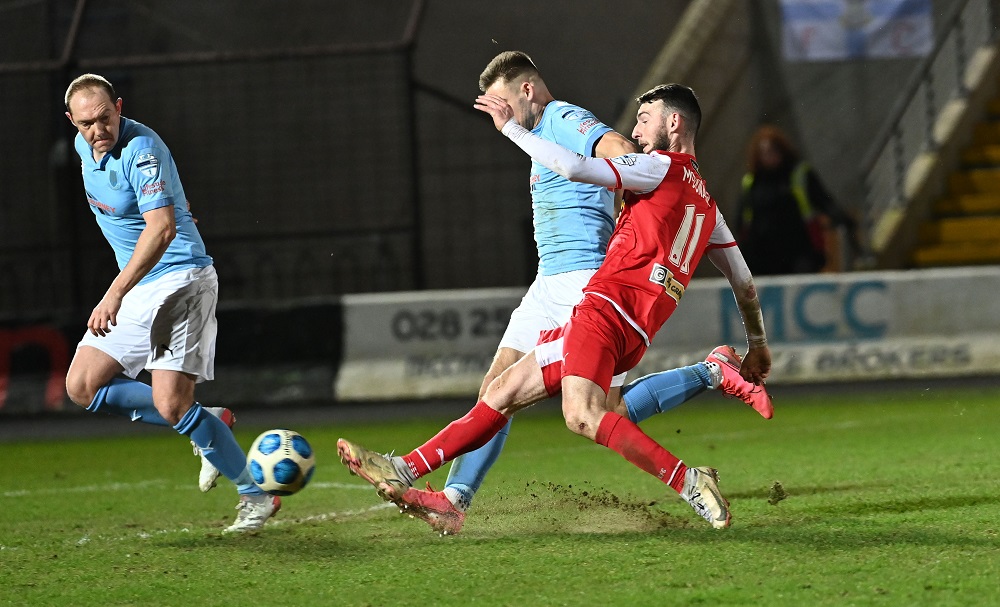 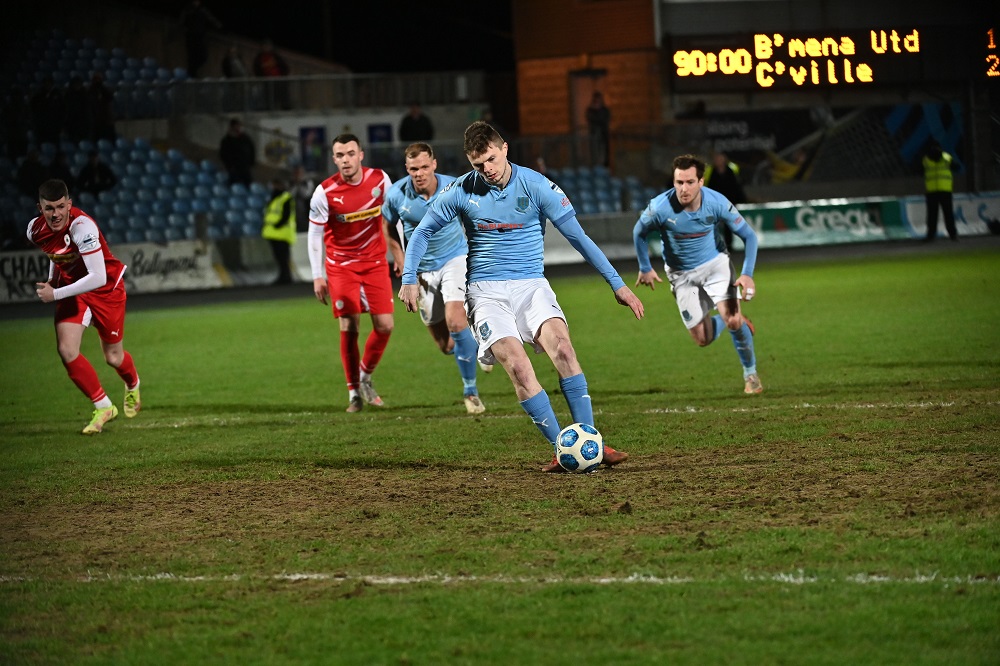