The Sky Blues opened the scoring as early as the fourth minute through David Parkhouse who found the far corner with a calm finish after connecting with Sean Graham's cross from the left.

Larne came close to levelling not long after that when Ronan Hale's first time effort came back off the crossbar with keeper Sean O'Neill stranded.

But, on 18 minutes, Tiernan Lynch's side did equalise when Ben Doherty buried the ball at the second attempt after his initial effort rebounded back to him.

In what was becoming a gripping, end-to-end spectacle United came close to regaining the advantage through Ryan Waide only for Conor Devlin to dive to his right to make the save.

Then, with just over half-an-hour on the clock, Larne struck the crossbar again after Graham Kelly cut in from the right to have a go with a left foot effort.

Ballymena did go back in front again just before the hour mark when skipper Leroy Millar sent Devlin the wrong way from the spot after Albert Watson had handled in the area.

Remarkably, Larne hit the bar for the third time moments after that. On this occasion it was John Herron header that just failed to count after Lee Lynch had sent over a corner from the left.

The visitors bagged their third of the evening on 69 minutes when, following great work down the right from Waide, Parkhouse was on hand to nod home from close range to double his tally.

Paul McElroy then came close to adding a fourth for Ballymena but he could only fire wide from a good position. 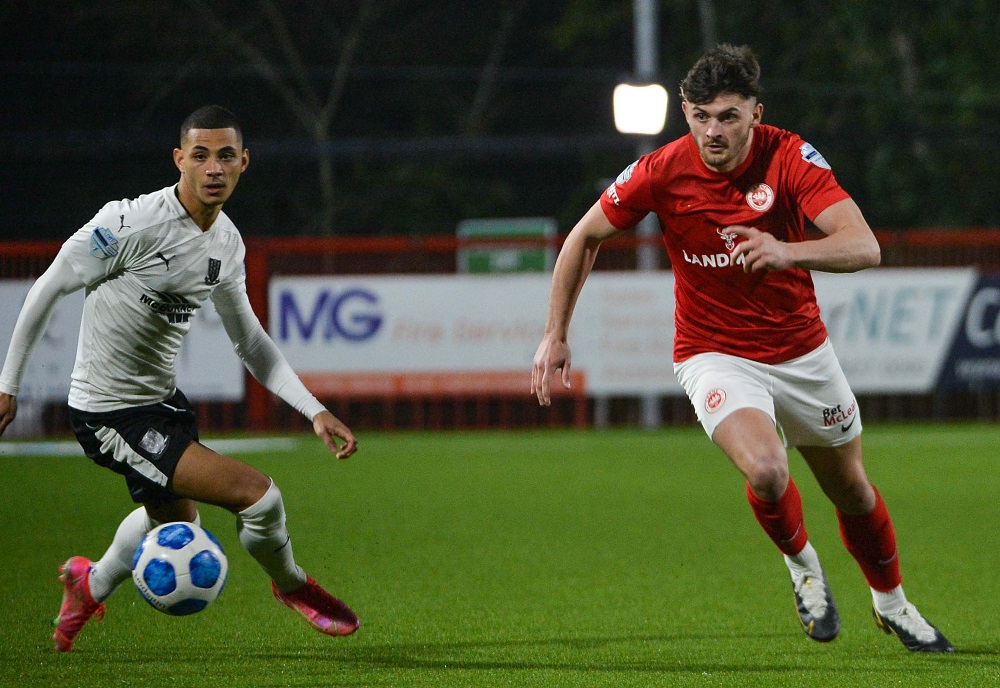 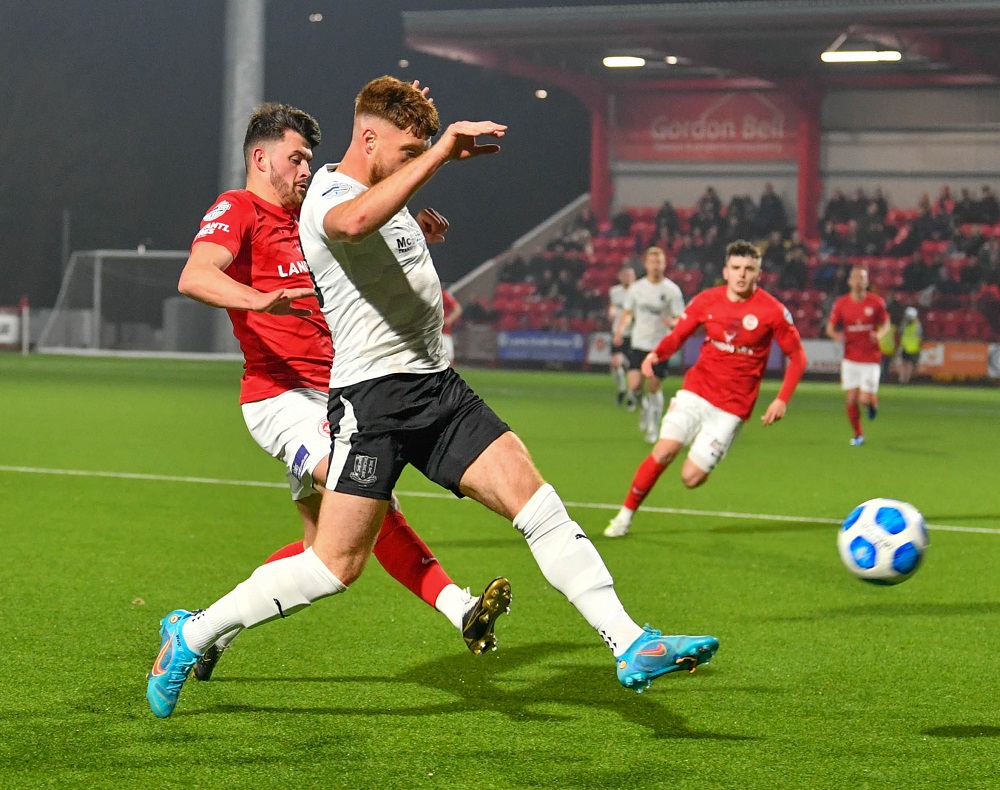 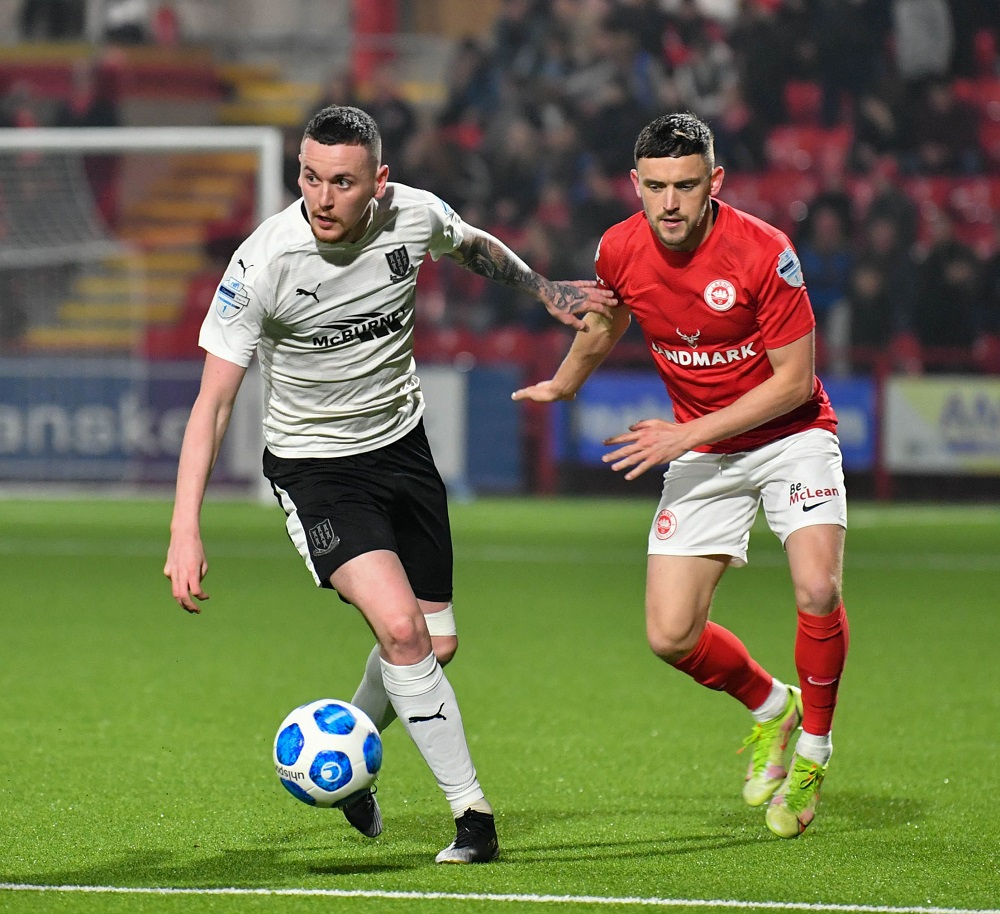 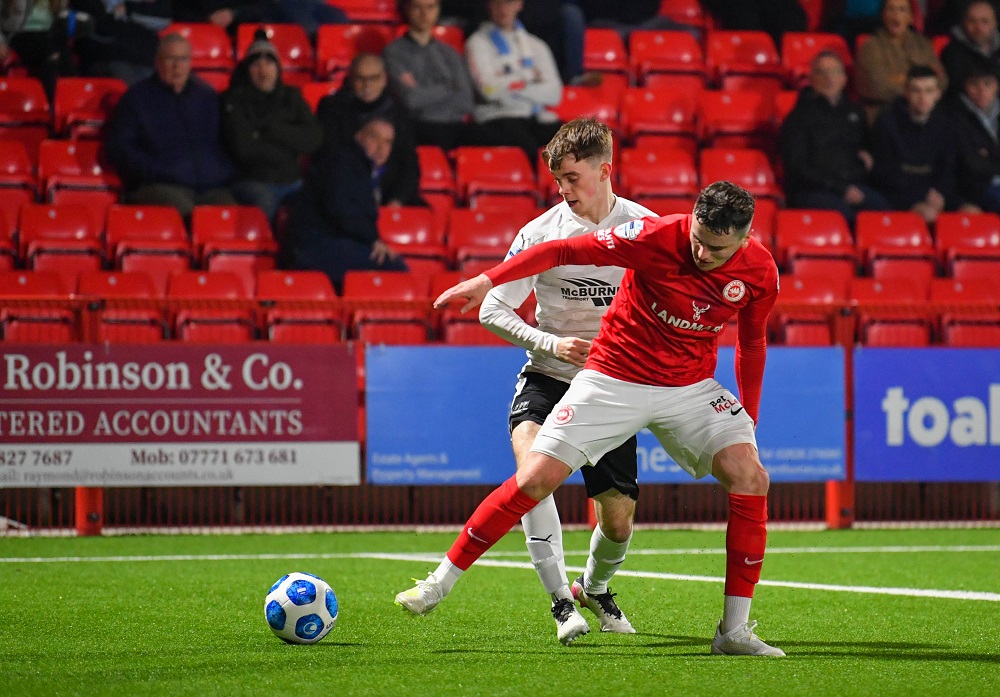 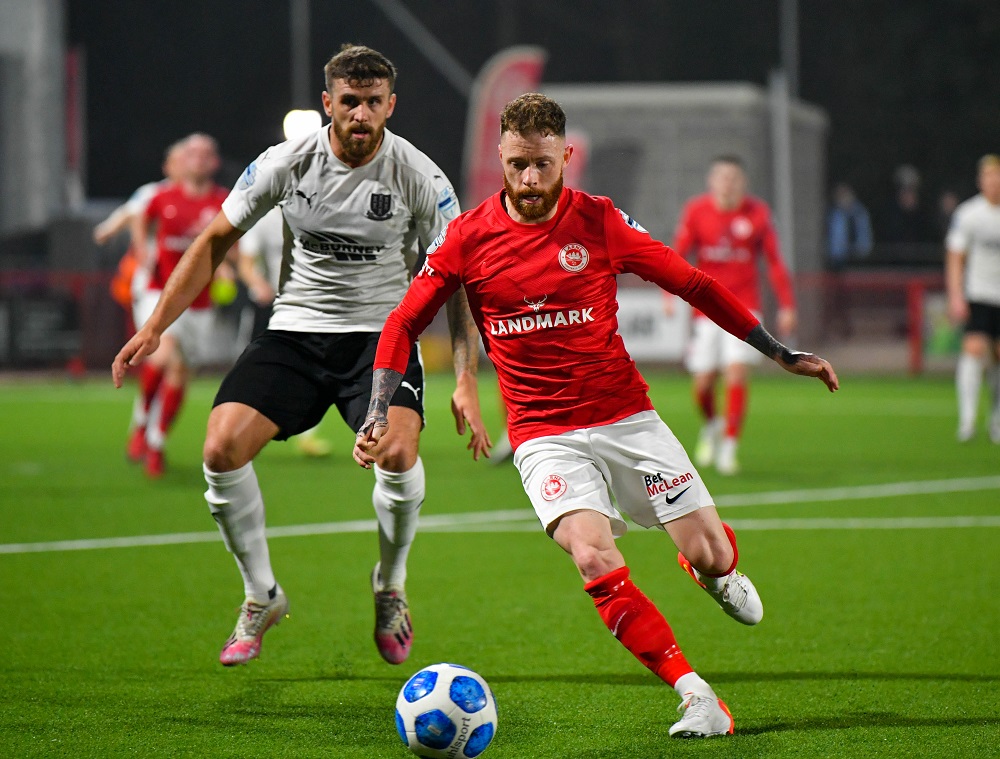 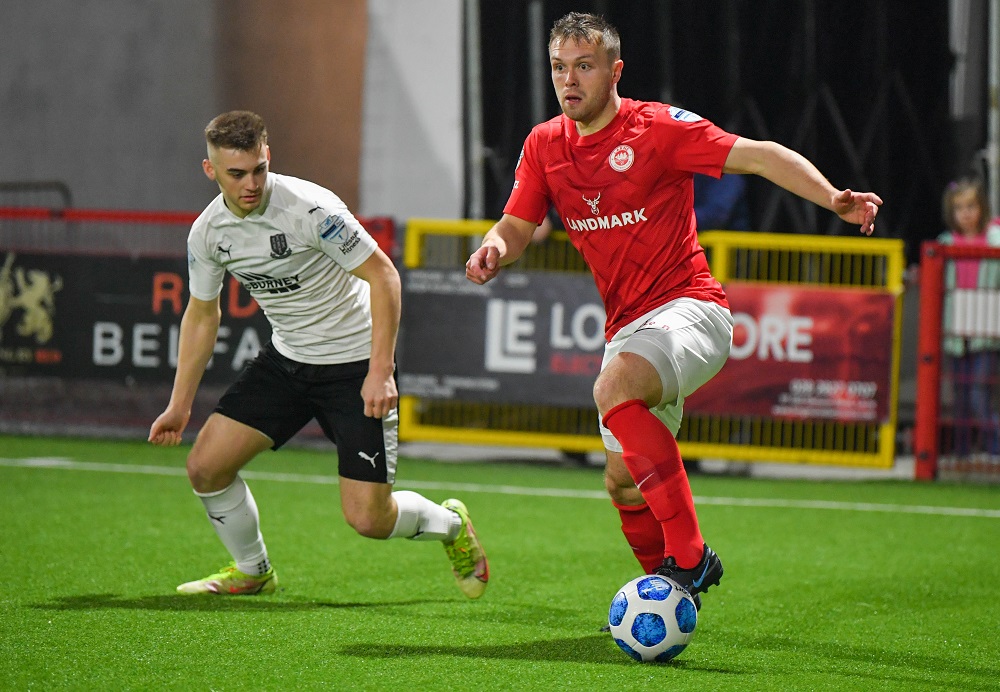